Florida stories that made us laugh, cry or say oh my! The weirdest news of 2018 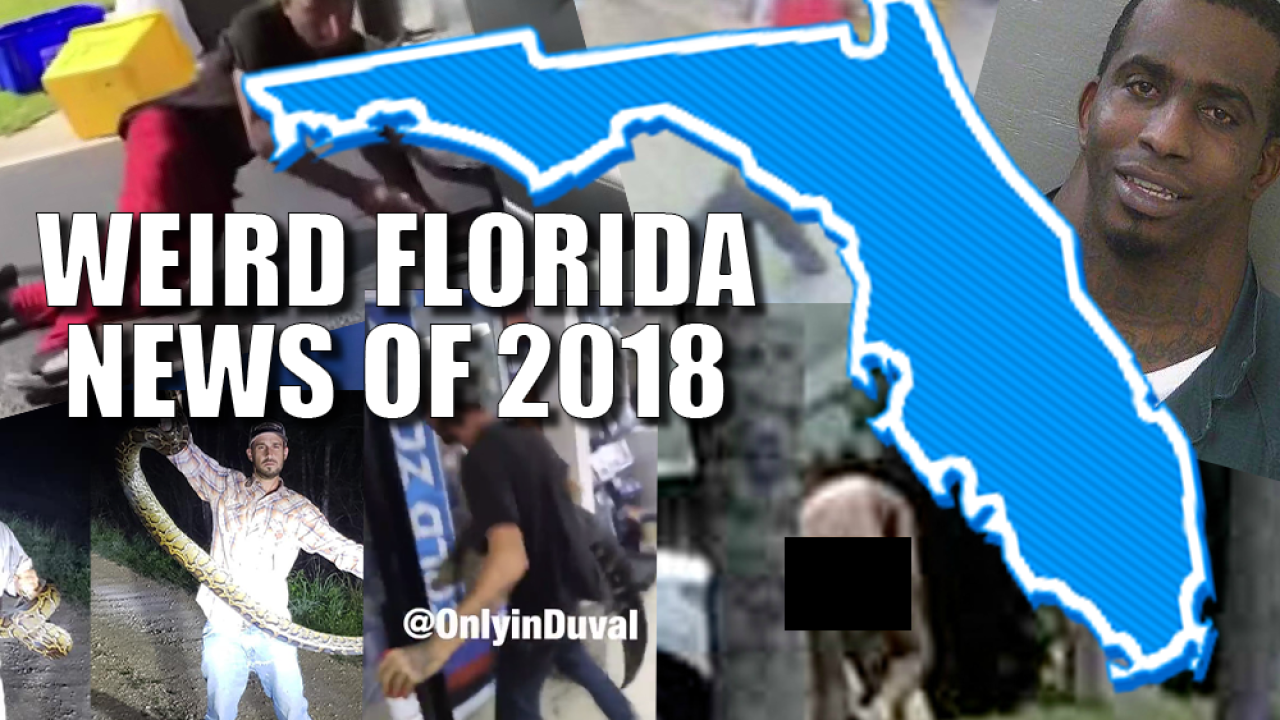 The Sunshine State seems to consistently provide the most bizarre yet hilarious news. This year's list of weird news, strange crimes and insane events occurring in Florida did not fall short.

In 2018 there were plenty of stories that had us shaking our heads in disbelief and some of them even had us laughing at times. This year, some residents did some exceptionally weird stuff.

The strange, but true stories that happened in Florida in 2018
(Yes, all of the following headlines are real, actual headlines.)

It's safe to say it was not taco time...

You truly cannot make this stuff up...

With such a dangerous challenge, this was bound to happen to someone. No surprise, it happened to a Florida man.

After this Florida man was pulled over with a bottle of bourbon in the front seat, he told deputies that he wasn't drinking while driving; only at traffic lights and stop signs.

When coffee is life.

Authorities say the woman passed gas in line at a dollar store then pulled a knife on a man who complained about it.

Much worse than the tardy slip...

Only in Florida, is this not known.

The man told police he was arguing with another man because the man was playing with the fish “just to aggravate him.”

And now, for the naked people of Florida:

This story is my personal favorite of 2018, a neighbor, who has six kids, "said she’s just taught her kids to look the other way when walking past their home if anyone is outside and naked."