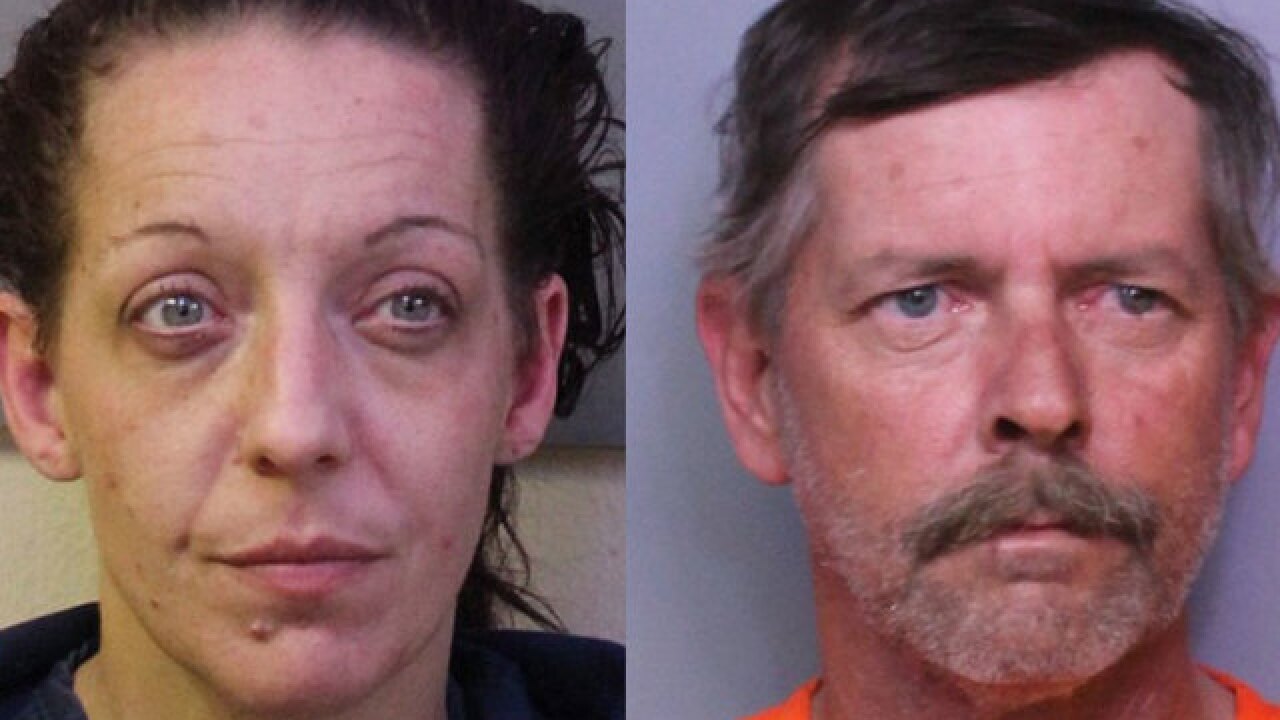 WINTER HAVEN, Fla. (AP) — A Central Florida man is accused of hiding his legless fugitive girlfriend from police by stuffing her into a plastic storage container.

Anderson was wanted for failing to appear in court on charges including false imprisonment related to a 2015 incident when she allegedly held people hostage at a Burger King with a BB gun. It ended in a shooting with police and she lost both legs.

Authorities received a tip that Anderson was with Carr. He denied Anderson was there, but an officer had spotted Carr placing the now-4-foot-tall woman into the container. She surrendered without incident.