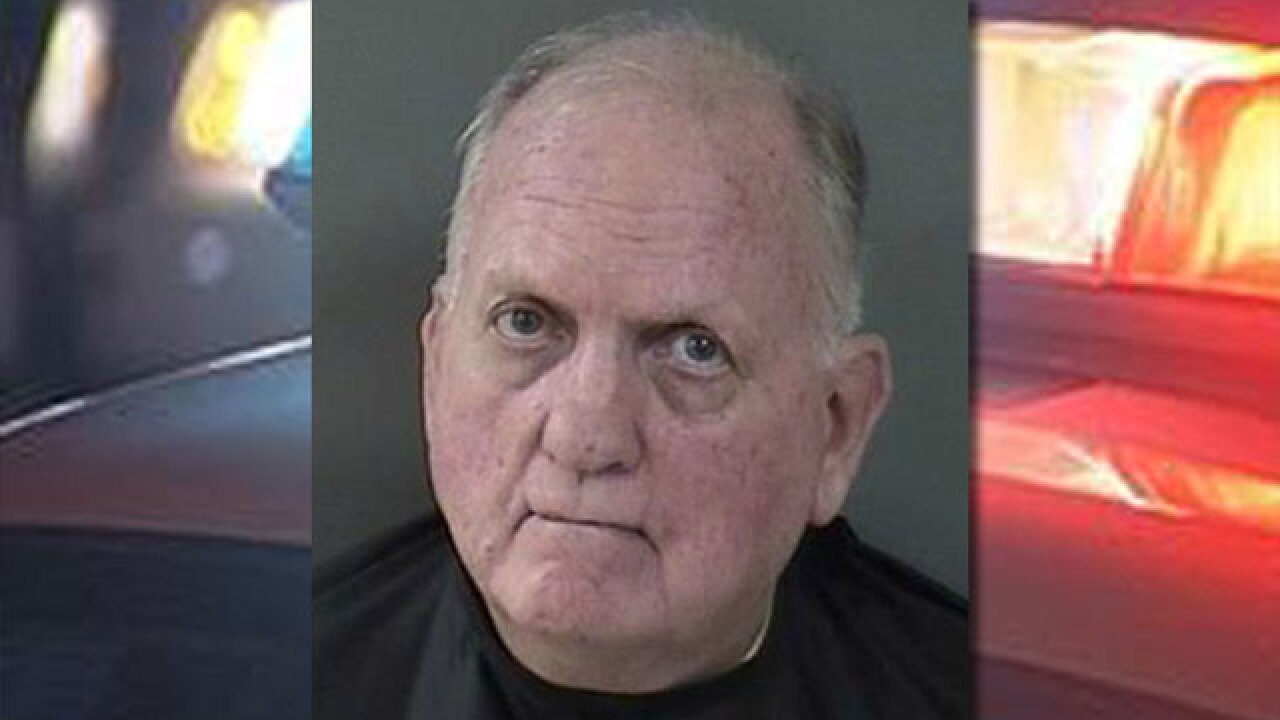 INDIAN RIVER COUNTY, Fla. — After a Florida man was pulled over with a bottle of bourbon in the front seat, he told deputies that he wasn't drinking while driving; only at traffic lights and stop signs.

Earle Stevens Jr., 69, was arrested on June 27 in Vero Beach after a woman called 911 saying that the vehicle behind her kept hitting her rear bumper while in the McDonald's drive-thru line, according to Treasure Coast Palm.

When deputies pulled Stevens over, they noticed an open bottle of liquor on the passenger seat. Deputies say that he smelled of alcohol and told them he felt "pretty good."

Stevens allegedly told deputies he was drinking Jim Beam bourbon from the bottle, but only at "stop signs."

“He further explained that he was not drinking while the car was moving," the arrest affidavit states. "Only when he stopped for stop signs and traffic signals.”

Stevens was arrested on charges of DUI and driving without a license. After he was taken to jail his blood alcohol content was measured at 0.153 and 0.147. The legal limit is 0.08.