Electric scooters racking up tickets – but not in Tampa 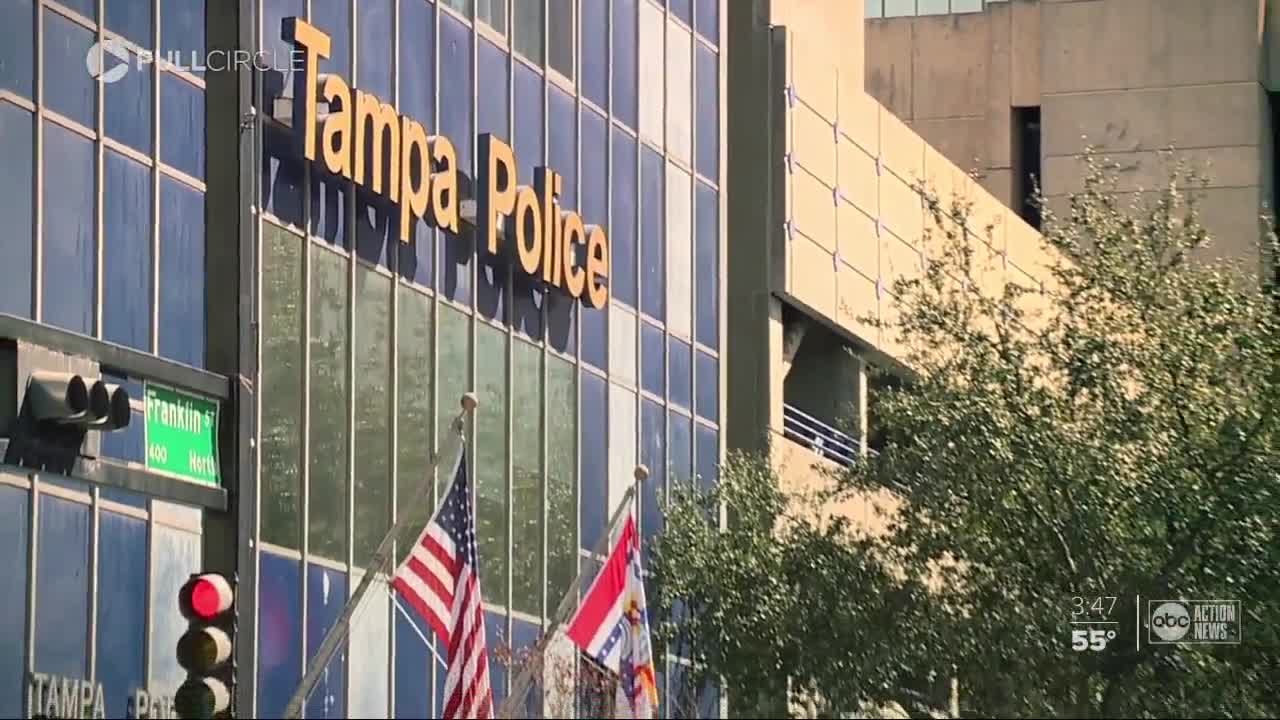 As scooter injuries spiked in Tampa, police failed to issue a single ticket since the city’s controversial pilot program launched in May – a departure from other cities, like Los Angeles, where the popular electric rides are racking up citations, a Full Circle investigation found. 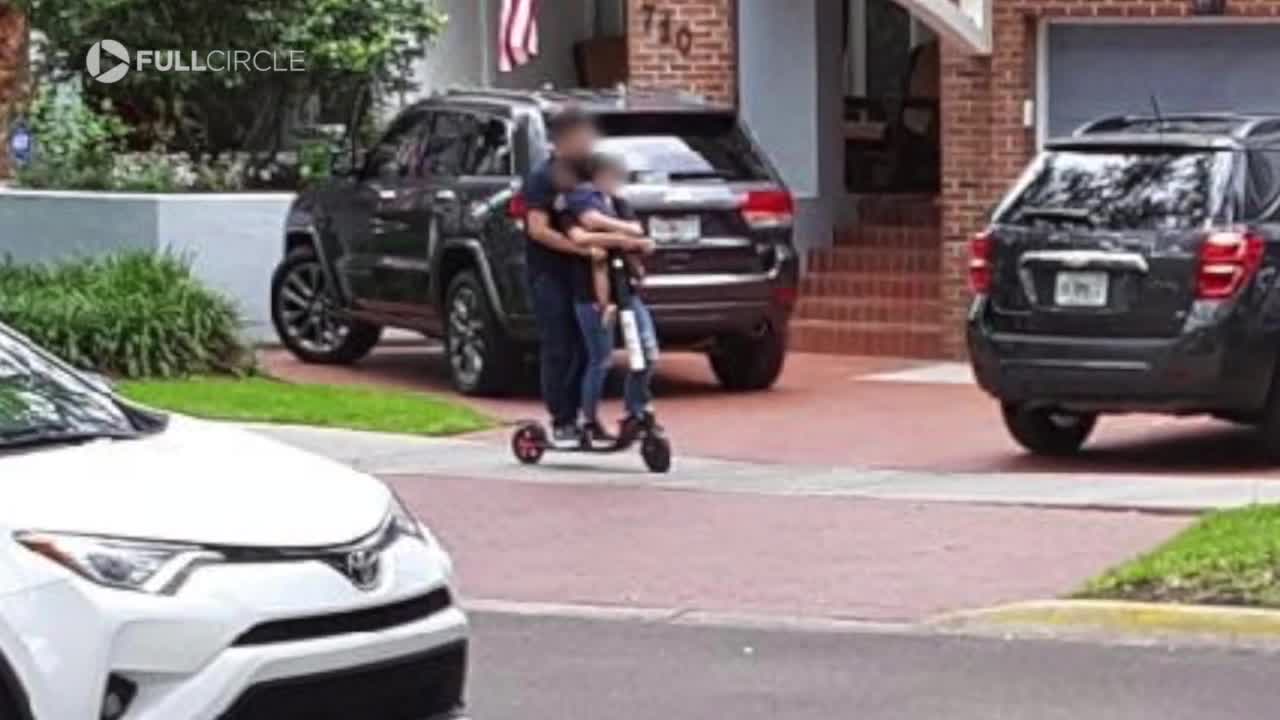 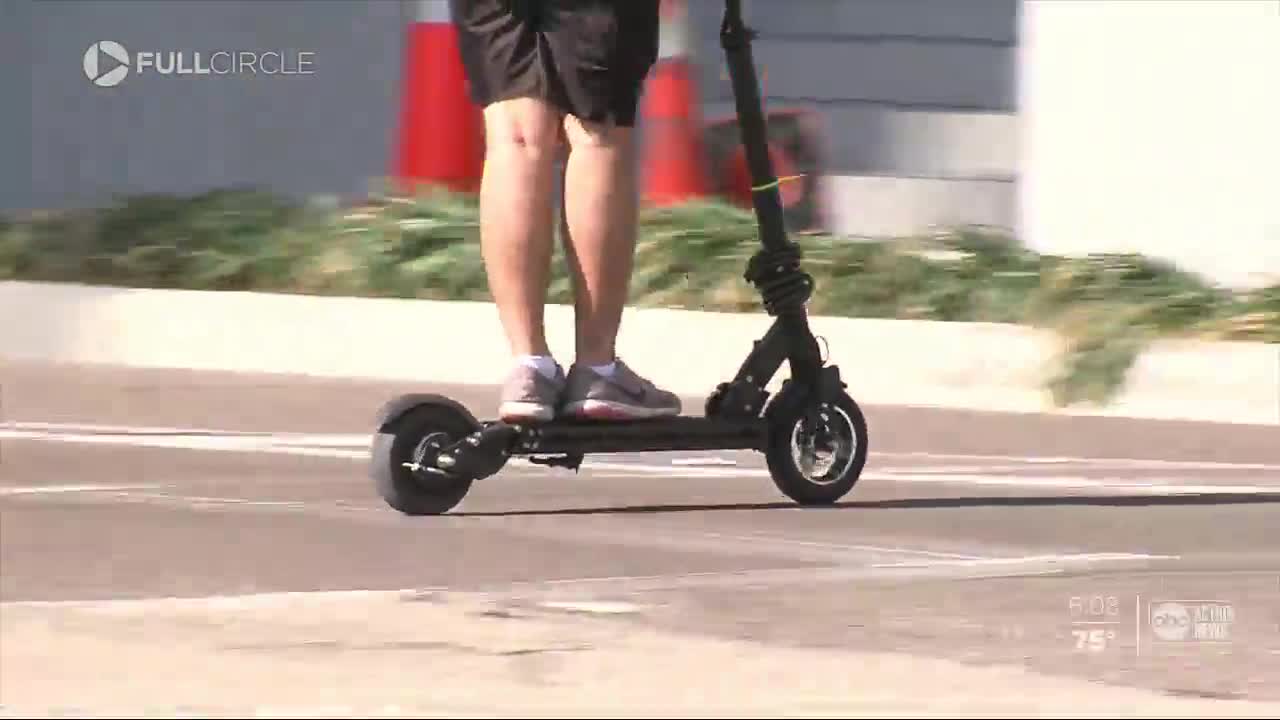 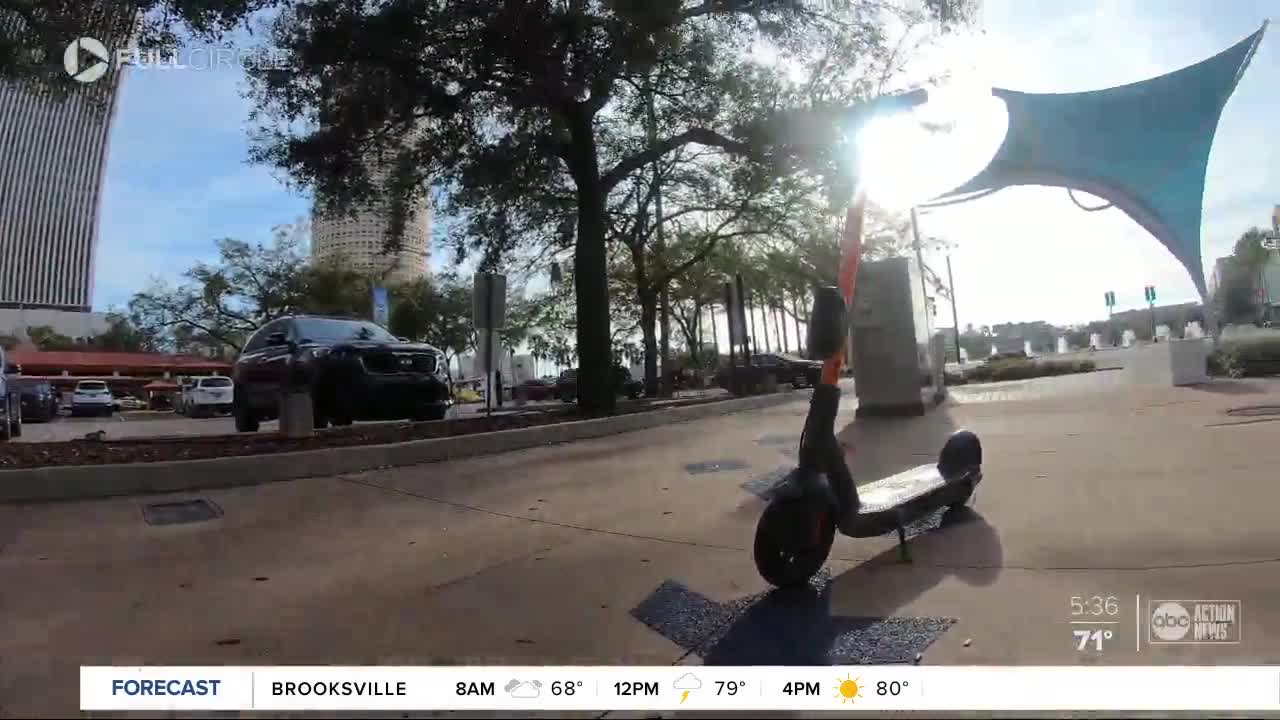 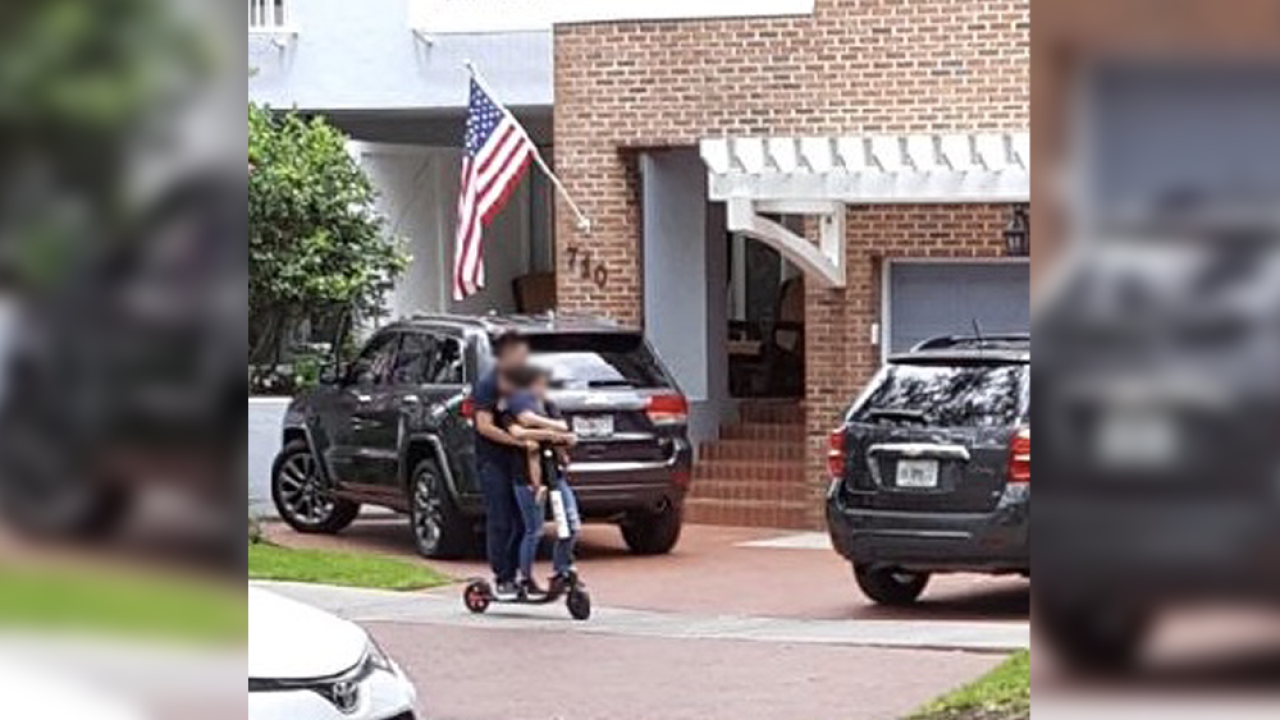 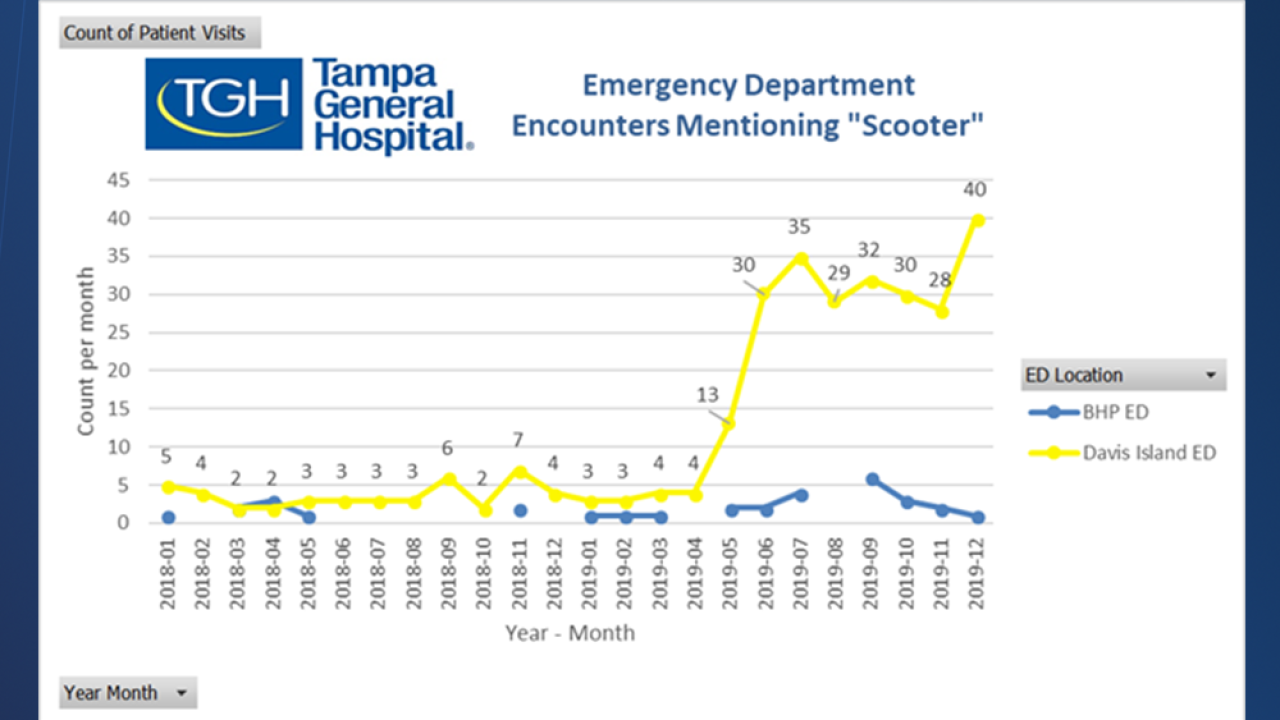 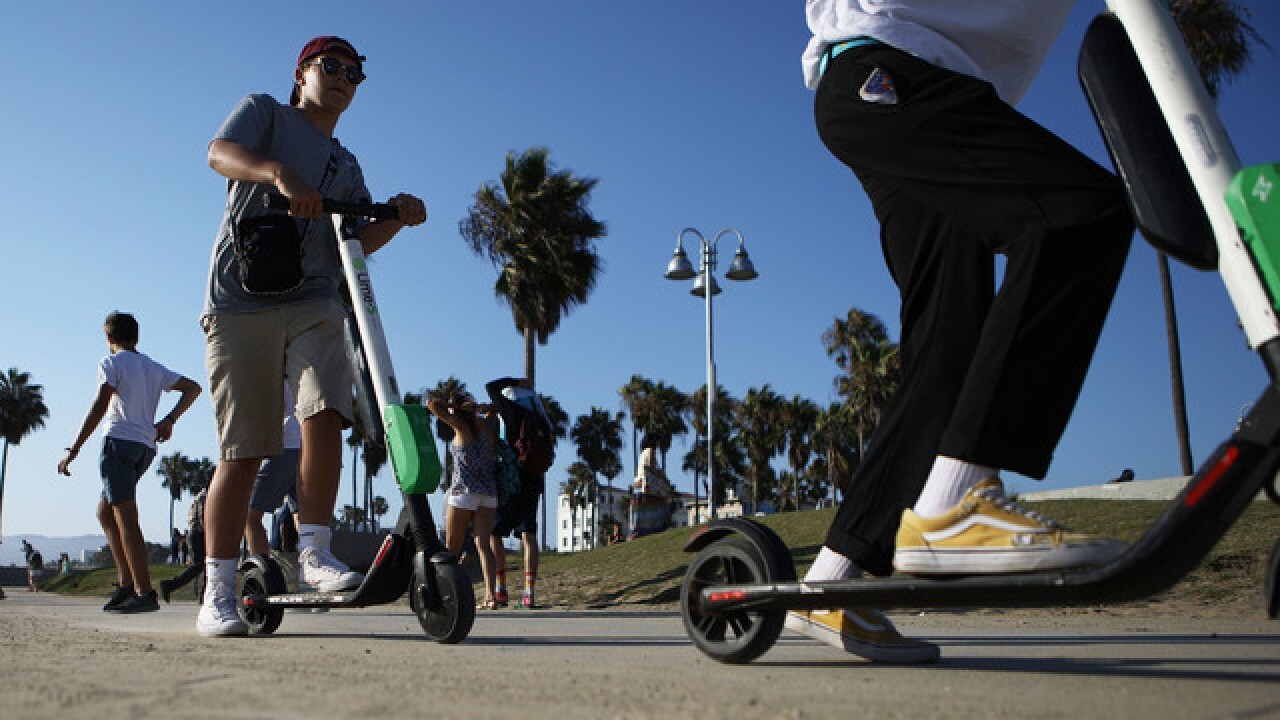 TAMPA, Fla. — As scooter injuries spiked in Tampa, police failed to issue a single ticket since the city’s controversial pilot program launched in May – a departure from other cities, like Los Angeles, where the popular electric rides are racking up citations, a Full Circle investigation found.

Tampa police did not respond to interview requests about scooter ticketing, but records show the city ticketed dozens of people riding bicycles last year, issuing citations for making an improper left turn and riding with no light – among other violations.

While many riders have told ABC Action News the rent-by-the-minute electric scooters are fun, fast and affordable, Tampa has documented 150 complaints so far.

Kenna Pitts, who lives in Hyde Park, filed one of those complaints, calling the program “a disaster.”

With scooters taking over, Pitts said she feels like she’s been kicked to the curb.

“I can’t walk her there. It’s not safe,” said Pitts of walking her dog, Sophie, in Hyde Park Village.

Pitts shared a photo with the I-Team of what she called a dangerous situation: Two adults on the scooter with a child.

I-Team Investigator Kylie McGivern also uncovered other uses banned by city rules, including anyone riding under the age of 16, scooters weaving through car traffic and a rider who appeared unsteady on his feet. Riders are not allowed to operate a scooter while under the influence of alcohol or drugs.

But ABC Action News found Tampa police have yet to arrest anyone for DUI charges involving an e-scooter.

Riders have also complained the rules for e-scooters are confusing.

One the website for Bird, one of four e-scooter companies in Tampa, the operators tells its riders “stick to bike lanes.”

But in Tampa, scooters are allowed on sidewalks – but not all sidewalks. E-scooters are banned on the Riverwalk, Bayshore Boulevard and 7th Avenue in Ybor City.

Additionally, as of last summer, Florida lawmakers made it legal to ride e-scooters on roadways.

“That was my frustration,” said Pitts. “There are so many inconsistencies.”

The spotlight on scooter safety gained national attention when a Tampa man riding an e-scooter died after colliding with a tanker truck.

The I-Team found scooter-related incidents spiked at Tampa General Hospital with 40 patients admitted to the emergency room in December. It’s unclear how many of the injuries involved rented e-scooters specifically.

Deviyani, who asked ABC Action News not to share her last name, told the I-Team in June she was in town from Tallahassee and visiting friends when they decided to take a ride on the e-scooters. That’s when she fell and cut her head and broke her knee.

“I couldn’t get up and it was just mostly all the blood coming down from my head and my friends were really concerned,” said Deviyani.

Police records show they were called to the scene and she was taken to the hospital. After a surgery, overnight hospital stay, months of rehab and thousands of dollars in medical bills, Deviyani said, "It was just not worth it for $5 scooter ride, basically.”

Still, the city says the e-scooter program is working.

For the city, Bhide said success means taking cars off the road and providing other options.

"Our average trip length is about 1.2 miles per scooter ride,” said Bhide.

In the first six months alone, Tampa reported about 4,000 rides a day.

Omar Garcia, who owns student housing in downtown Tampa, in a building with no parking spaces, said his tenants have come to rely on scooters and other transportation alternatives.

He said the scooters, which save time, hassle and money, “just helps make downtown a more livable and walkable place.”

For success to continue, Garcia agreed more clarification is needed on the rules.

“Is it a motor vehicle – or not? Should it obey the same rules as a car – or not? I don’t think there’s been a lot of clarity around that,” said Garcia. “Instead of just ticketing people, I think we kind of need to put out an educational type of initiative to really let people know – what is it.”

As St. Petersburg, Clearwater and Sarasota look to launch their own e-scooter programs, Pitts had some advice.

“I think the city needs to provide some kind of guidelines, some very strict points, that the police can actually enforce," she said.

Tampa’s transportation director said city officials want the program to prevail and work alongside other cities.

“This is going to be a nationwide, community-wide effort and collaboration across multiple cities to get this right,” said Bhide.

Tampa’s pilot program ends at the end of May. City leaders told ABC Action News they’re considering a permanent program that could include different types of vehicles, such as scooters with seats.