E-scooter rider dies after colliding with tanker truck in Tampa 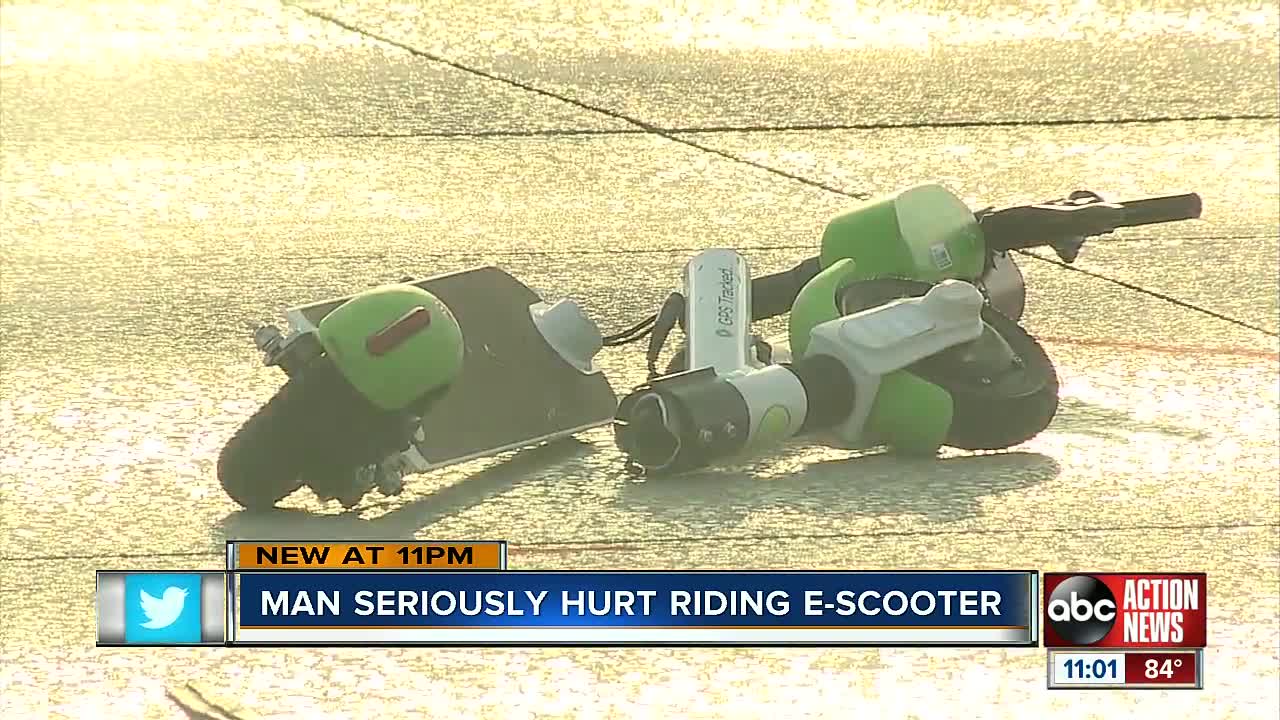 A man is seriously hurt after a rental e-scooter he was riding on crashed with a tanker truck in Tampa on Thursday evening. 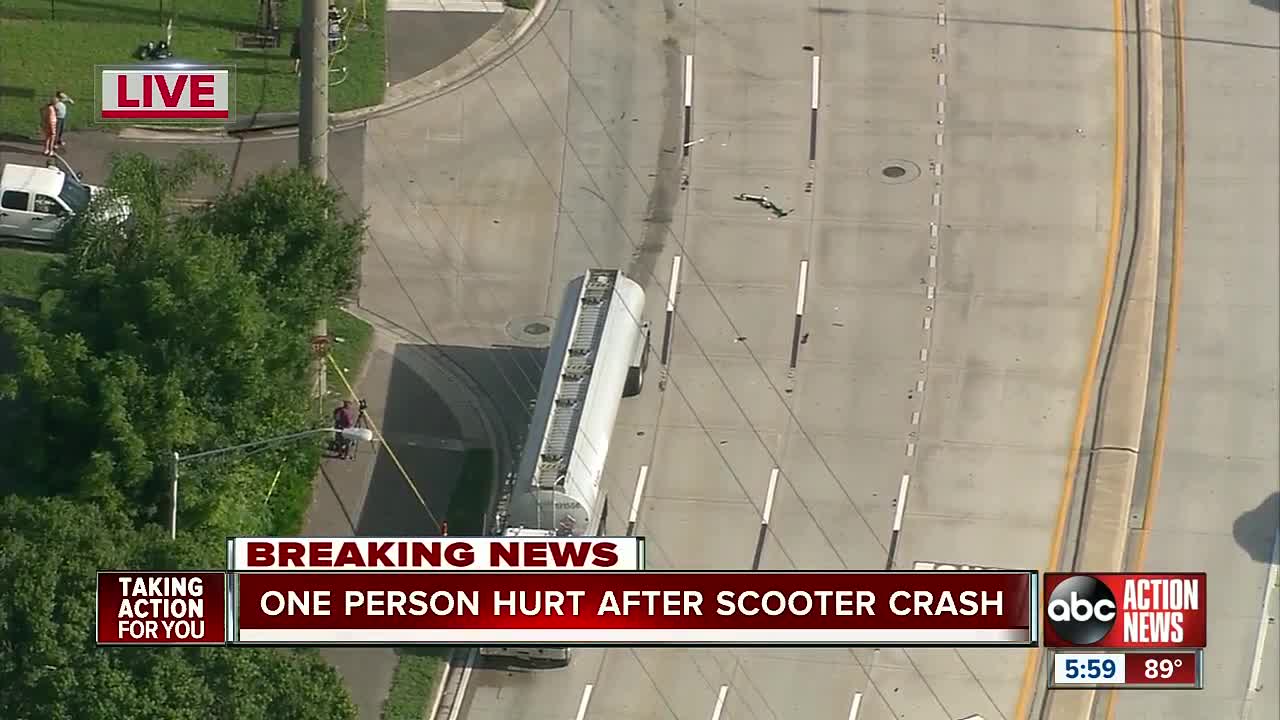 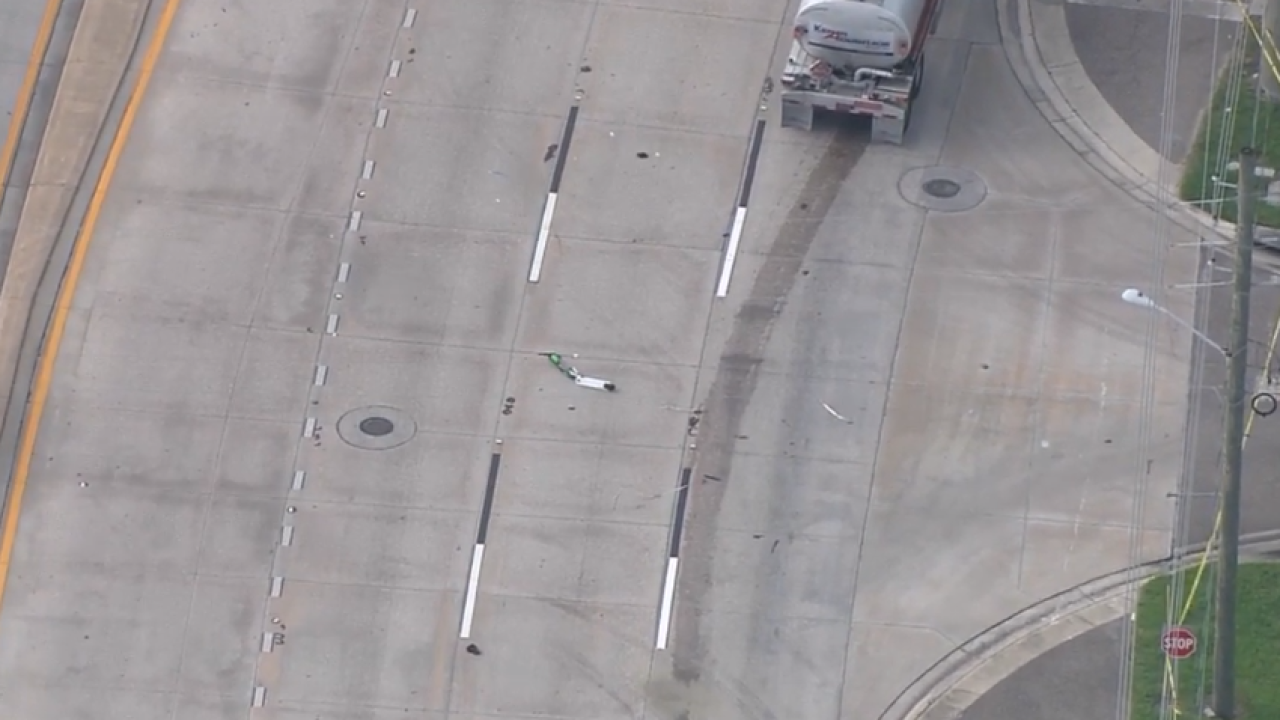 TAMPA, Fla. — A man who collided with a tanker truck while riding a rental e-scooter has died at the hospital Wednesday, according to Tampa police.

"Scooter is completely demolished. The handle bars are broken off, it's all torn up, got the batteries hanging out and everything," said Steve Guthrie, who lives nearby.

Last week, Tampa Fire responded to a call of a crash around 4:45 p.m. on North 20th Street near Gordon Street.

At the time of the crash, Tampa Police said the man who was riding a Lime scooter without a helmet, later identified as 33-year-old John Edgerton, was taken to Tampa General Hospital.

"Two cars hit that's what it sounded like I came out and saw the guy laying the the road with that little scooter thing," said Guthrie.

Tampa Police said Edgerton was traveling northbound in the bike lane on N. 20th Street and the tanker truck was traveling the same direction.

RELATED: Cameras capture e-scooters on Tampa's Riverwalk despite being banned

"For some reason, we don’t know why at this point, the scooter veered off course just a little bit and was struck by the tractor trailer. The driver of the tractor trailer stopped and he is cooperating with police," said Tampa spokesperson Steve Hegarty.

Officials said the 67-year-old tanker truck driver has not been charged.

A spokesperson with Lime released the following statement:

“Our thoughts are with the rider involved in this tragic incident and we’re praying for a full recovery. We have reached out to local authorities and stand ready to assist however possible."

Tampa Police say a man was rushed to a hospital with serious injuries after riding an electric scooter on N. 20th Street. Officers say he was in the bike lane, but for some reason veered off path and collided with a tanker truck. @abcactionnews pic.twitter.com/sLpkQUk2qF

Lime said Edgerton was riding within the designated area where people can ride scooters in Tampa.