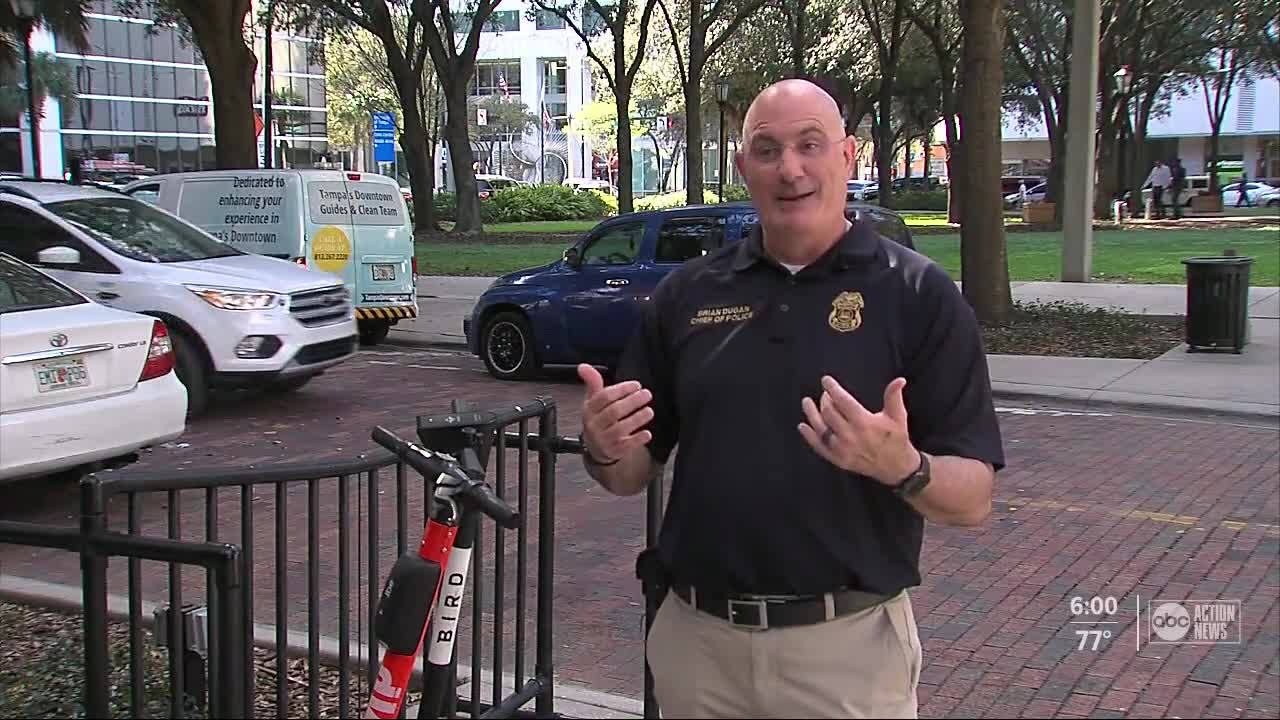 Chief Brian Dugan loves the e-scooters and rides them too, but he says it is illegal to drink and scoot. 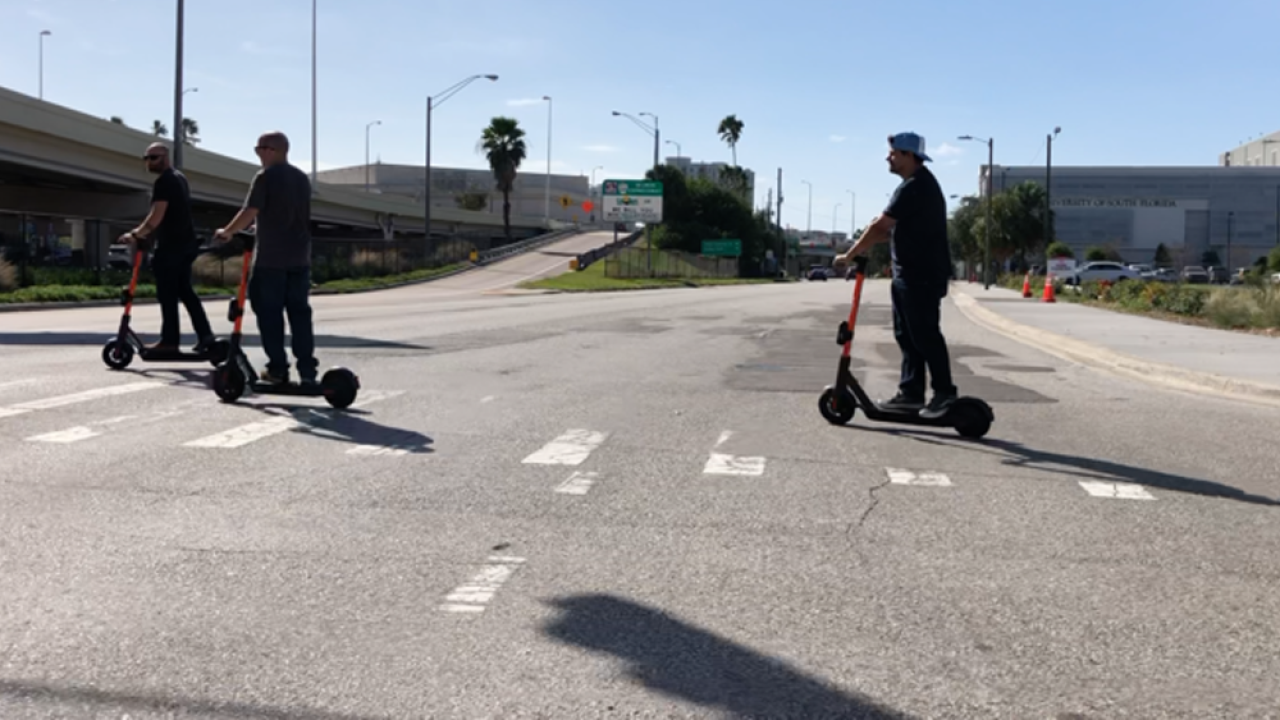 TAMPA, Fla. — They’re fun and fast but not everyone loves them.

“I believe the scooters are a little bit dangerous just around downtown with all the construction and potholes,” said Dustin Applebaum, who lives downtown.

He has friends who have wiped out while riding around on scooters. And with Gasparilla coming up, he worries some people may add alcohol to the mix.

“You’re just setting yourself up for some type of accident or liability,” he said.

It’s the first time e-scooters will be in the city when the pirates invade and parade down Bayshore Boulevard and even the Chief of Police thinks some people may think it’s not a big deal to hop on a scooter after having some drinks.

RECOMMENDED: Everything you need to know about Gasparilla 2020

“A lot of times some of our worst ideas are when we’re drinking. At the time, it seems like a great idea but it doesn’t always end that way,” said Chief Brian Dugan, with the Tampa Police Department.

He loves the scooters and rides them too, but he says it is illegal to drink and scoot. TPD has pulled people over for it before.

“If it’s motorized you’re potentially facing a DUI arrest,” said Dugan. “I don’t wanna be the buzz killer of Tampa but that is my job as chief to hold people accountable.”

“Just be mindful of the traffic, treat it as if you were a car and if you do decide to get on a scooter don’t get on intoxicated,” said Marcus Goss, who has been on the scooters before.

At least one scooter company is opting out of service that day for safety reasons.

Bird has decided it will not have its scooters out on January 25 and if you pull up the app, the scooters are already being pulled from the grid.

A Bird spokesperson sent us a statement that says, "Safety is our number one priority at Bird and scooting after drinking is strictly forbidden. Scooters will not be allowed to operate in certain parts of the city per city guidance. Bird has made the decision to pause operations on January 25th and wants Tampa residents and visitors to have a fun and safe Gasparilla."

Uber, who runs the Jump scooters, on the other hand, will have scooters out but they are limiting where they can go. They say they’ll be putting out a larger quantity of scooters to keep up with demand. They also will have staff around to replace the drained scooters with fully charged ones right away.

Lime says it’s still figuring out its Gasparilla plan but says, “We will be compliant with city directives. I would also stress that it is against our policy for riders to drink and ride and we discourage this behavior in the strongest possible terms.”