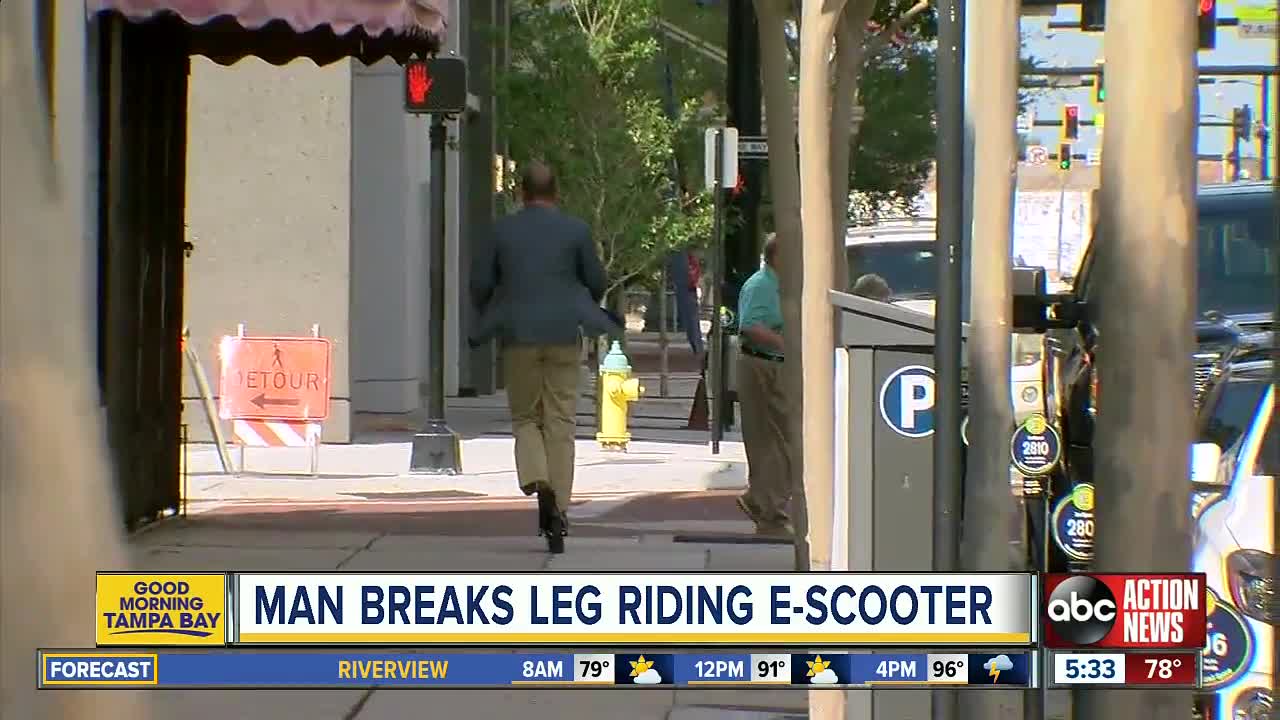 A man says he racked up about $100,000 in hospital bills after getting seriously hurt while riding a rental e-scooter in downtown Tampa. 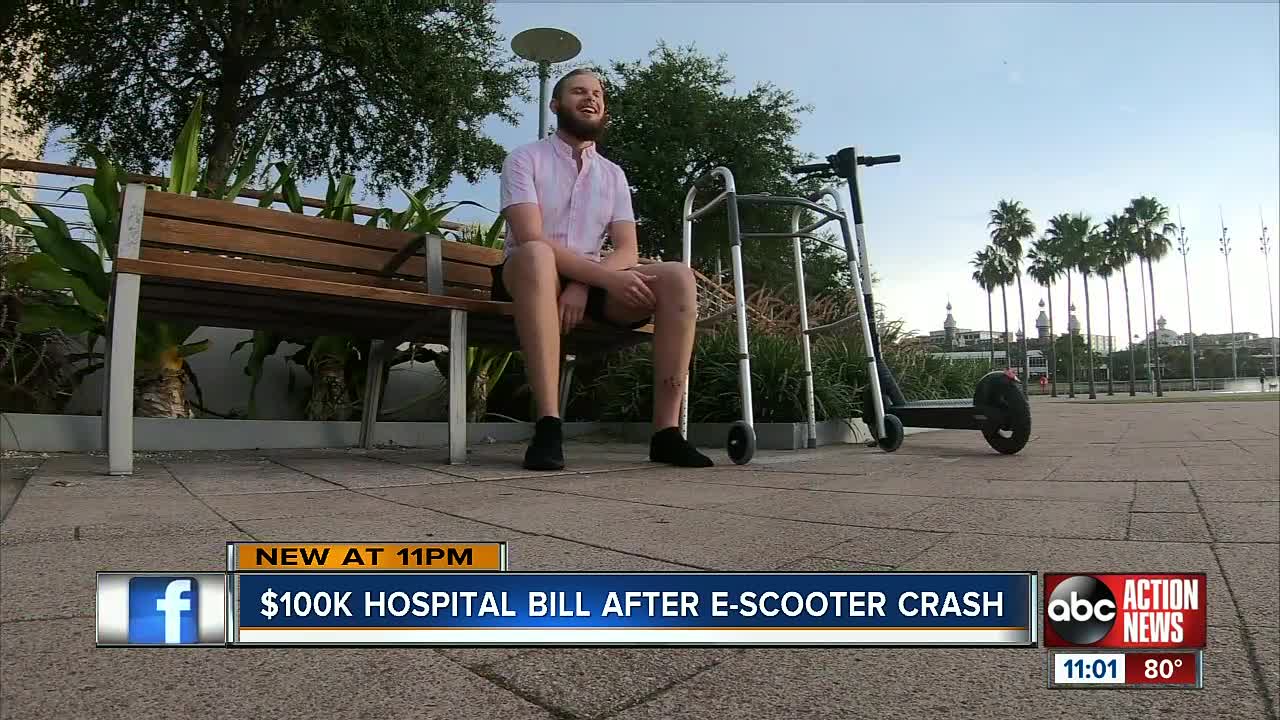 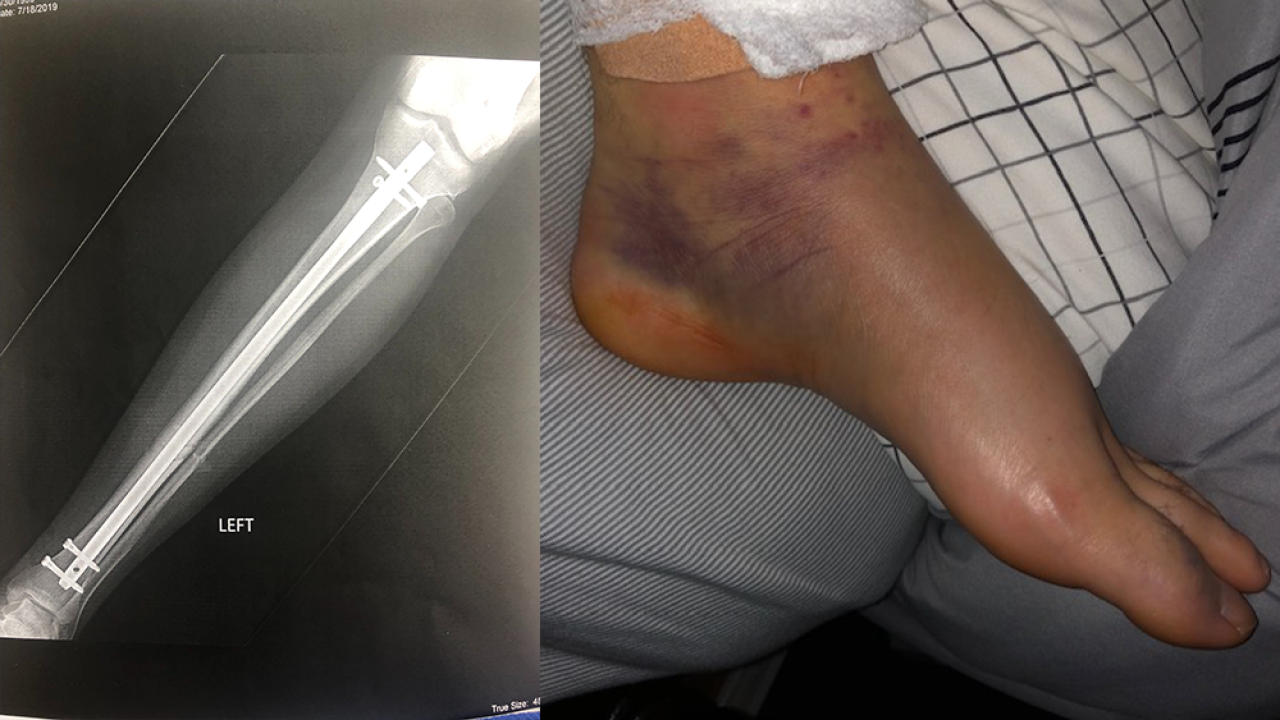 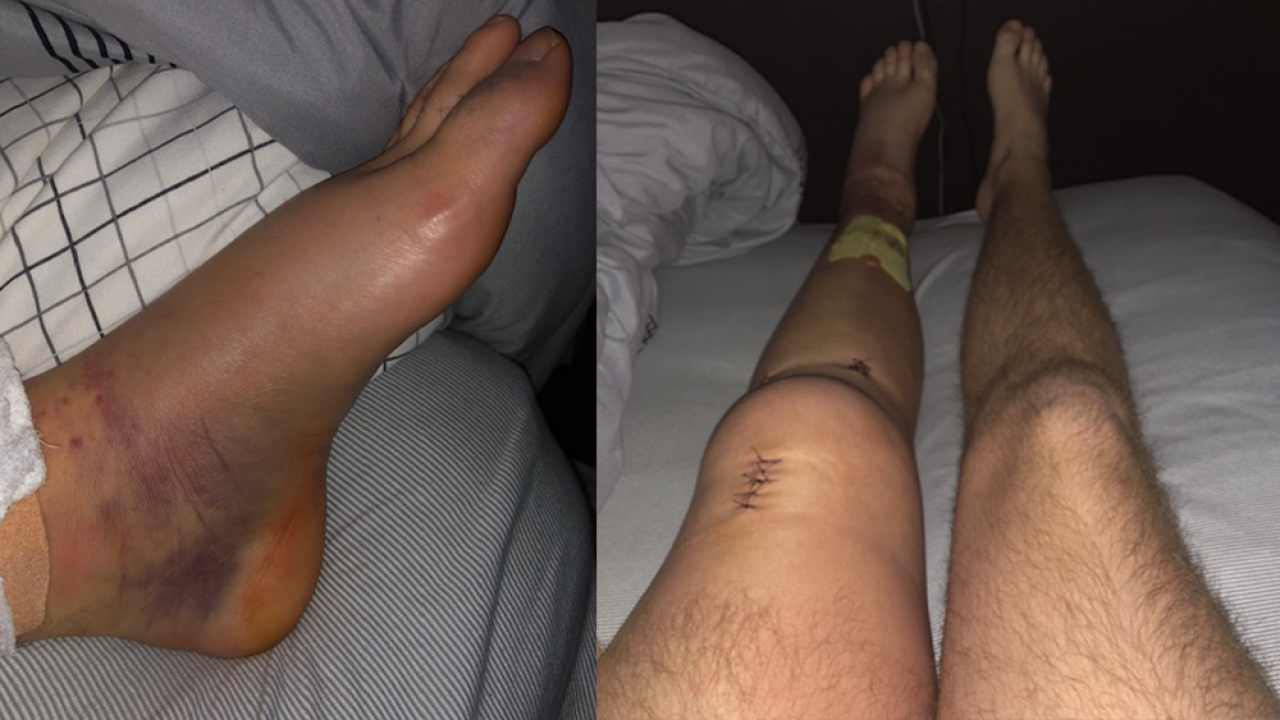 TAMPA, Fla. -- A man says he racked up about $100,000 in hospital bills after getting seriously hurt while riding a rental e-scooter in downtown Tampa.

He said the crash happened during the city's pilot program that had recently launched.

Dane Williams tells ABC Action News he rode a Bird e-scooter on July second near Amalie Arena before crashing and shattering the bones in his left leg.

Williams showed reporter Nicole Grigg the X-rays that show a rod down his leg, “it’s 10 mm thick, and it’s permanent,” he said.

The Tampa man was only on the electric e-scooter for 12 minutes and says for some reason, he put his foot off the scooter, hitting the sidewalk.

“It twisted at 20 mph and it immediately broke my bones in my leg because it twisted,” he said.

Williams was taken by ambulance to Tampa General Hospital where he spent three days and underwent surgery on his leg.

Tampa General Hospital said they have recently treated 50 scooter injuries since May. However, the hospital can’t indicate what type of scooters people were on.

“I wasn’t doing anything crazy, it was a mere accident,” he said.

Now, Williams has a $100,000 hospital bill between his stay, the ambulance, surgery and medications.

However, he’s unsure how much his insurance will cover.

ABC Action News reached out to Bird about Williams accident, in a statement, they wrote:

"Bird is also committed to safety and recently launched a 100 city s.h.a.r.e. Safe Streets tour, which stopped in Tampa during the 4th of July. The tour is designed to bring neighborhoods together and provide individuals the opportunity to learn about road safety including how to responsibly and properly ride and park shared e-scooters."

Bird has created these five tips:

Safe Street events across the globe will help make responsible riding simple and achievable by providing attendees with five essential s.h.a.r.e tips:
* Safe riding. Navigate traffic and bike lanes with care.
* Heightened awareness. Anticipate what others might do.
* Always alert. Save the selfies and music for after the ride.
* Respect for pedestrians. Yield and keep walkways accessible.
* Every voice matters. Get involved to help your city reshape its streets.

ABC Action news also spoke with the City of Tampa about the recent crash. In an email, Jean Duncan wrote they have not been receiving reports of e-scooter accidents as the data is difficult to identify.

In a statement, she wrote:

“We will be evaluating different safety elements during our one year Pilot Program.  This will include operator incentives/disincentives, operator technology, road infrastructure needs, and local safety laws and ordinances.
We want this program to continue as a safe transportation alternative and not a joy ride toy.”

Williams worries more people will be hurt while the pilot program continue, “I experienced how dangerous they really are and how it’s not being taken seriously,” he said.