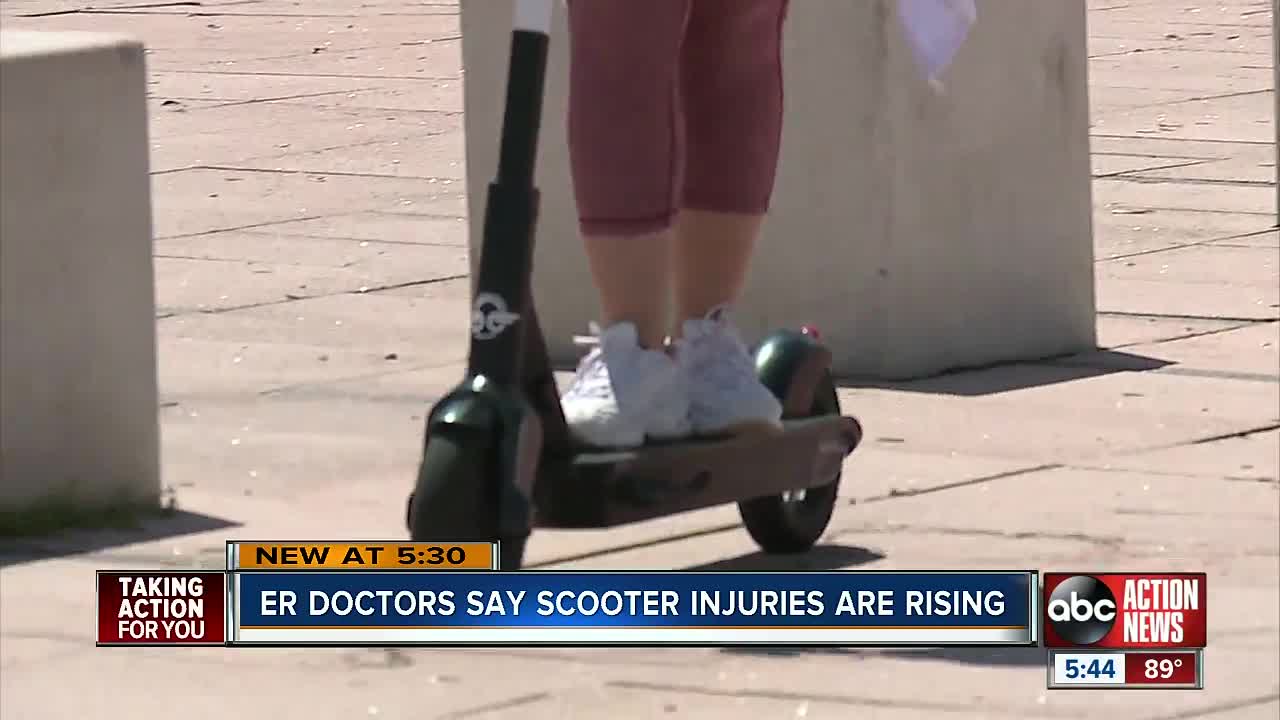 Tampa General Hospital says its had nearly 50 reported scooter-related injuries, although records don’t show how many of those were on e-scooters. 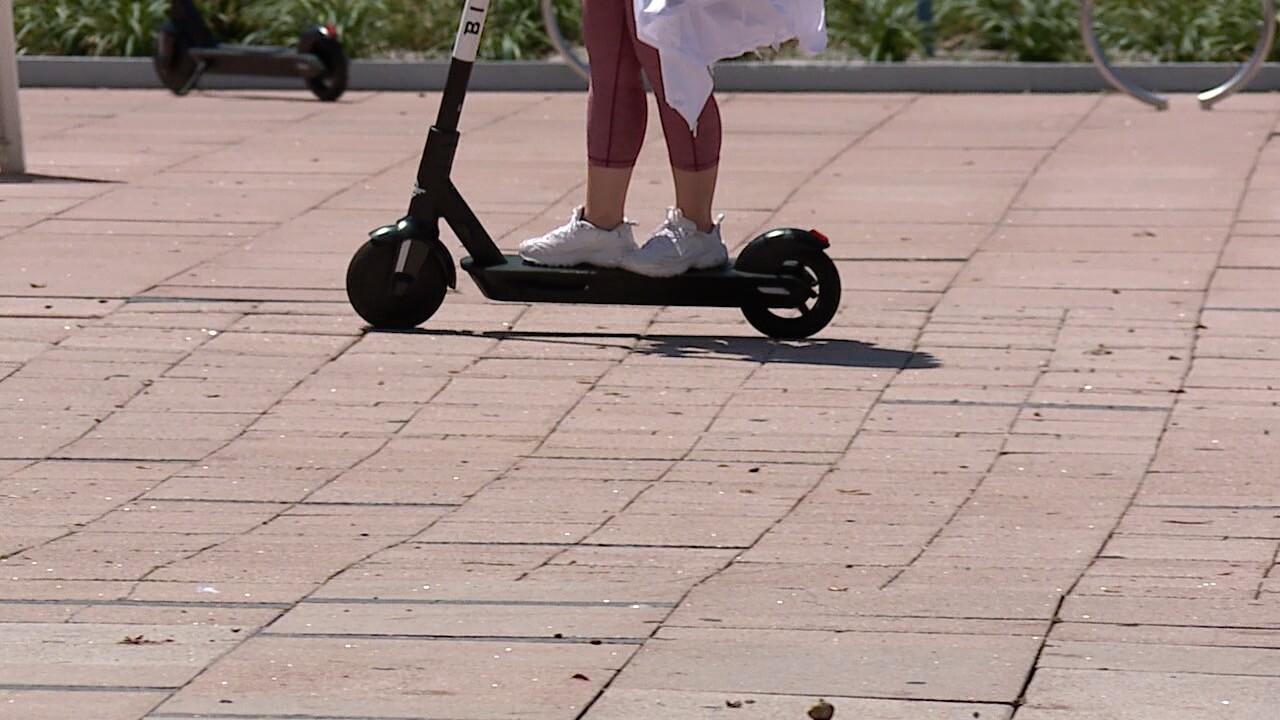 TAMPA, Fla. -- Sarah and Taylor are trying out e-scooters for the first time.

“It was just a spur-of-the moment thing," said Taylor Harman.

And so far so good.

“It’s super easy once you get going. And it’s fun," said Harman.

The dockless scooters showed up in downtown Tampa at the end of May with a few different companies operating them.

And since then Tampa General Hospital says its had nearly 50 reported scooter-related injuries, although records don’t show how many of those were on e-scooters.

“Some orthopedic injuries, a few head injuries as well. Collisions with cars. Sometimes just missing a curb. Running into a crack in the sidewalk. Those type of things," said Dr. David Wein, TGH's Chief of Emergency Medicine.

One man died riding a scooter last month after investigators say he rode in front of a truck.

It says right on the scooters that helmets are required. And while that would definitely help when it comes to severe head injuries, we haven’t seen anyone wearing one.

“I don’t think most people bring a helmet with them when they plan to get on one of those. That’s always a good place to start. Then always be aware of traffic around you. I’ve seen a fair number of people that have ended up getting hit by a car or hit a car," said Dr. Wein.

A comprehensive study in Austin, Texas found 271 people with potential scooter-related injuries in a three-month period.

Almost of half those involved head injuries.

Meanwhile Sarah and Taylor are enjoying their day zipping around downtown and say they feel safe doing it.

“We wait until we are supposed to cross and look and everything. It hasn’t been that dangerous so far," said Sarah Goodson.

St. Petersburg is also hoping to have e-scooters operating in it’s downtown by the fall.