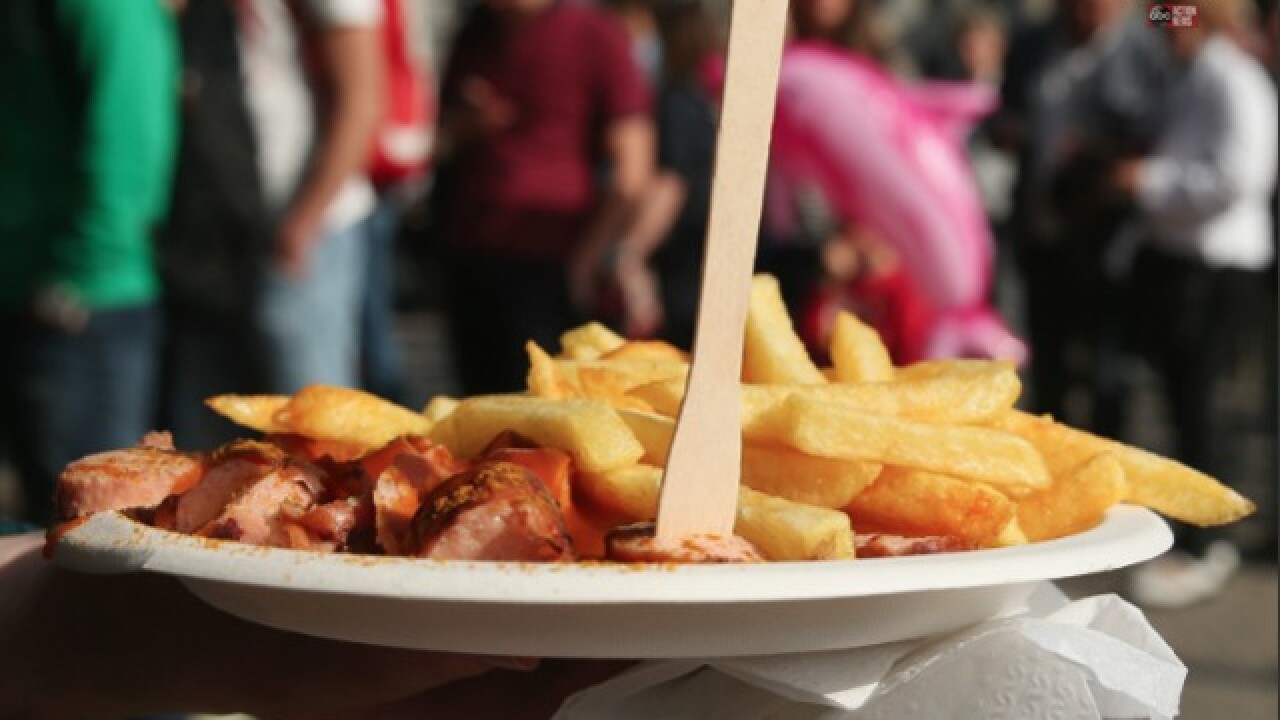 If you're looking for something fun to do this weekend (February 16-18), there's plenty of action happening around the Tampa Bay area.

Where: Straz Center at 1010 North Macinnes Place, Tampa
Cost: $15
Info: Everybody wants to be a cat in Disney's stage adaptation of the animated classic motion picture. Based on the beloved Disney animated film, and featuring a jazzy, upbeat score, Disney’s The Aristocats Kids is a non-stop thrill ride of feline fun, complete with unbelievable twists and turns performed by students in grades 2-4. In the heart of Paris, a kind and eccentric millionairess wills her entire estate to Duchess, her high-society cat, and her three little kittens. Laughs and adventure ensue as the greedy, bumbling butler pulls off the ultimate catnap caper. Now it's up to the rough-and-tumble alley cat, Thomas O'Malley, and his band of swingin' jazz cats to save the day.

Related: Zip on! Empower Adventures is the ideal destination for adrenaline seekers

Thunder by the Bay 20th Anniversary

Where: Main Street, Sarasota
Cost: Free
Info: Who's ready for Thunder By The Bay in Downtown Sarasota!? The ‘Bikes on Main’ Block Part on Friday night will feature motorcycle shows, stunts shows, live music, drink specials, food vendors and much more. The Block Party will also host different events each day this weekend.

Where: Ruth Eckerd Hall at 1111 North McMullen Booth Road, Clearwater
Cost: $38.25
Info: She’s been called “Country’s Next Queen,” written some of today’s biggest hits, and made Country Music history as the First Female Artist to go No.1 with her first three consecutive singles from a debut album. Kelsea Ballerini makes her Clearwater debut at Ruth Eckerd Hall!

Where: Tampa Greyhound Track at 8300 North Nebraska Avenue, Tampa
Cost: $37
Info: Cirque du Soleil is bringing a month-long performance to Tampa Bay! The Volta show, written and directed by Bastien Alexandre, will play under the Big Top next to the Tampa Bay Greyhound Track in Tampa starting February 14. It features acrobatics, ballet, BMX, parkour and much more. Tickets start at $37 and the show runs until March 18.

Where: Tampa Improv Comedy Theater at 1600 East 8th Avenue, Tampa
Cost: $20
Info: Finesse Mitchell is a multi-faceted actor, comedian and author. He has recently appeared in Mad Families with Charlie Sheen (Crackle TV), Media (TV One) and Showtime’s Roadies. Mitchell is currently writing his much anticipated second book on relationships, his first being a well-received look at his take on dating. Your Girlfriends Only Know So Much: A Brother’s Take on Dating and Mating for Sistas, is an advice book for women and was born out of his hip, hilarious and widely popular monthly advice column for ESSENCE Magazine.

Phantom of the Opera at The Straz Center

Where: Straz Center at 1010 North Macinnes Place, Tampa
Cost: $40
Info: Get ready for an incredible showing of The Phantom of the Opera! Critics are raving that this breathtaking production is “bigger and better than ever before” and features a brilliant new scenic design, original costume design, new choreography and much more. The production, overseen by Matthew Bourne and Cameron Mackintosh, boasts many exciting special effects including the show’s legendary chandelier. The beloved story and thrilling score - with songs like “Music of the Night,” “All I Ask Of You” and “Masquerade” - will be performed by a cast and orchestra of 52, making this PHANTOM one of the largest productions now on tour.

Where: Veteran's Park at 5350 31st Avenue South, Gulfport
Cost: Free
Info: The third annual Gulfport Fine Arts Festival is open to the public on February 17-18, from 10 a.m. to 5 p.m., with complimentary admission and parking conveniently located within walking distance. This art show will feature the fine works of art from across the region, including ceramic, glass, metal, mixed media, wood, acrylic, collage, oil, pastel, ink, photography, watercolor, find jewelry and so much more!

Where: Curtis Hixon Waterfront Park at 600 North Ashley Drive, Tampa
Cost: $39
Info: This is the original. This is the one that started it all. There are no substitutes. Join us at the festival for a great day of beer sippin', bourbon tastin', music listenin', cigar smokin', and barbeque eatin'. Your admission buys you a sampling glass so you can enjoy an all-you-can-care-to-taste sampling of beer and bourbon. Some of the best barbeque vendors are on-site if you get hungry all while enjoying seminars in the tasting theater and live music all day.

Where: Tampa Theatre at 711 North Franklin Street, Tampa
Cost: $33
Info: Iliza Shlesinger, the only female and youngest comedian to hold the title of NBC's Last Comic Standing, is coming to the Bay area for a live performance on Tampa Theatre’s historic stage.

Where: Florida State Fairgrounds at 4800 U.S. 301, Tampa
Cost: $9
Info: The Florida State Fair attracts up to 500,000 people during its 12-day celebration in Tampa. Each year Florida residents create exhibits for aquaculture, horticulture, woodcarving, needlework and more. Over 90 years later and bragging rights are still won for the prized bull, best pie and the most beautiful quilt. The Midway rides provide our visitors with all the thrills and chills they've come to expect. As the first State Fair of the year, we get all the latest and greatest in fair foods such as the pizza cone, redneck burger, bacon ice cream, and more! It’s affordable family fun at its best. Nobody does it better than the Florida State Fair!

Story: Pedal and drink around Tampa Bay on Kraken CycleBoats

Where: The Attic at 1510 East 8th Avenue, Tampa
Cost: $40
Info: Whigfest returns President’s Day Weekend with headliners Umphrey’s McGee. WhigFest is a celebration of freedom through art, music, creativity and expression. The festival name is a quirky play on the 19th-century political party, the Whig Party, which was chosen to echo the American Whigs of 1776, who fought for independence and opposed tyranny. The word “Whig” was then a widely recognized label of choice for people who identified themselves as Patriots, Rebels, and Revolutionaries.

Jeremy McCarter at the Straz Center

Where: Straz Center at 1010 North Macinnes Place, Tampa
Cost: $20
Info: Co-author with Lin-Manuel Miranda on the book Hamilton: The Revolution, the No. 1 New York Times bestseller, Jeremy McCarter’s extensive writing on culture, politics and where drama fits right in bigger conversations cast him as a leading thinker and speaker for issues surrounding exciting topics in art and society. Well-respected and easy to like, McCarter shares his personal account of what it was like to be friends with Miranda as Hamilton took shape and discusses the intriguing anecdotes of his latest publication, Young Radicals, a novel about Americans fighting for their ideals.

Where: Capitol Theatre at 405 Cleveland Street, Clearwater
Cost: $35
Info: Critically acclaimed solo artist and lead singer of the legendary classic rock band The Youngbloods, Jesse Colin Young brings his solo hits, Youngbloods hits and new music to his Capitol Theatre debut! For 50 years, he has been singing songs about peace, relationships and the environment since Get Together became a worldwide top ten hit.