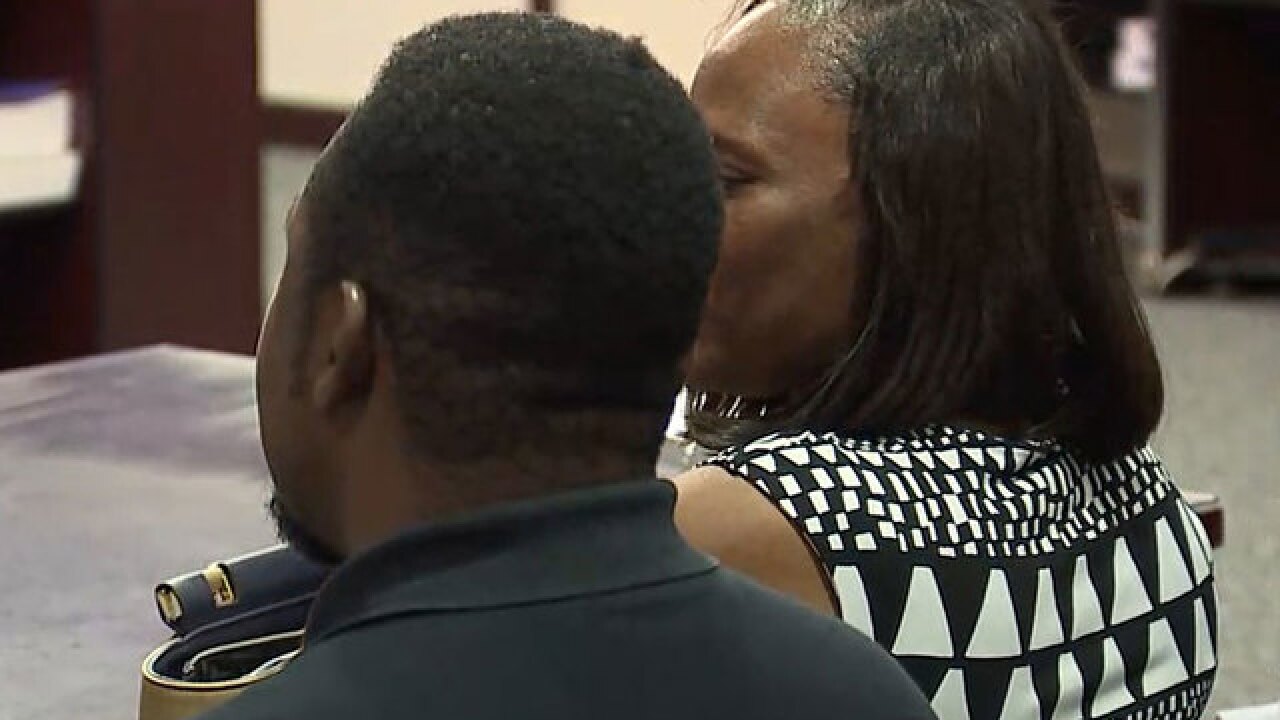 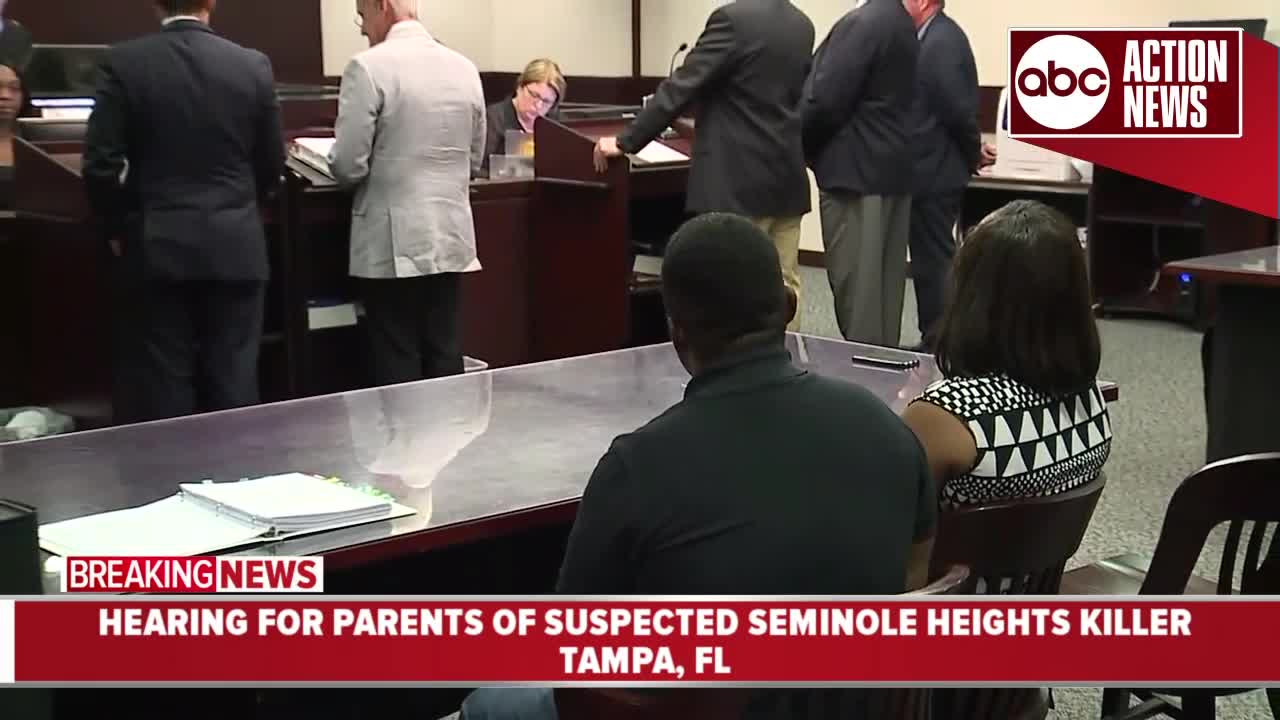 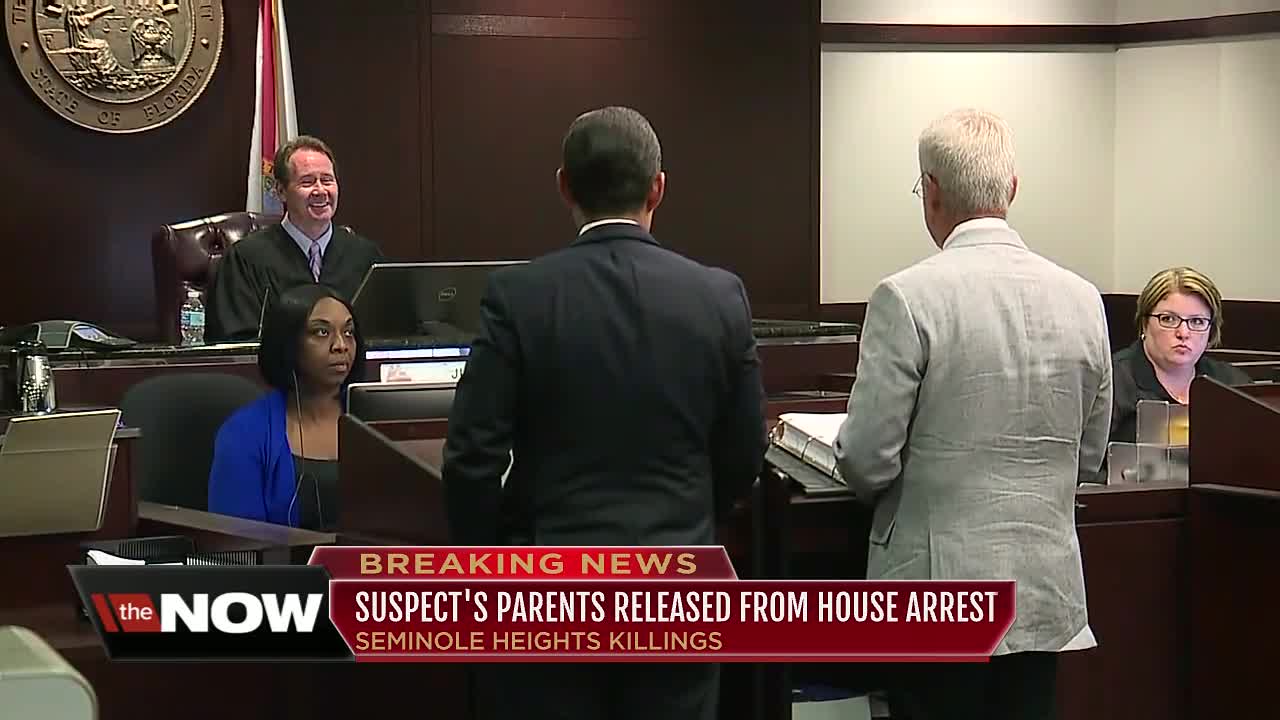 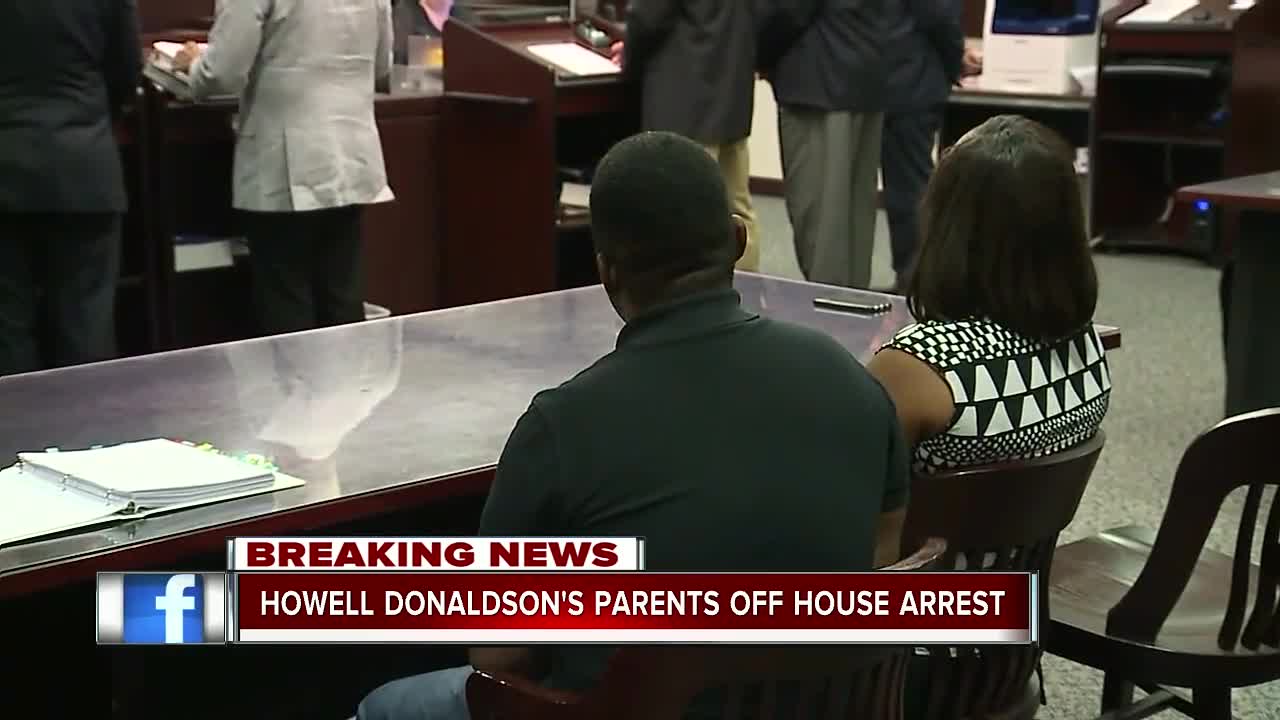 TAMPA, Fla. — The parents of the accused Seminole Heights killer were released from house arrest on Monday after prosecutors say the couple provided enough information to fulfill the requirements of the court's contempt order.

Howell Donaldson Jr. and Rosita Donaldson have been under house arrest since February after being held in contempt of court for refusing to answer prosecutor's questions. In court on Monday, prosecutors say that the couple submitted a sworn affidavit that addresses their investigative concerns.

Prosecutors also stated that the couple will not be required to provide a sworn statement under oath other than what has already been provided in the affidavit.

"The court will at this point excuse your clients from any further of the contempt sanctions and remove them from house arrest allowing them to continue, as anyone else would be who was not under the court's supervision at that time," Judge Mark Wolfe stated in court on Monday.

The couple had been required to wear GPS monitors during their house arrest. They were only allowed to leave their home for medical and religious reasons, plus employment purposes.

"Last fall, the senseless murder of four innocent people shook our community to its core. Since the arrest of Howell Donaldson III, our office has focused on holding him accountable for his crimes, seeking justice for the victims, and preserving the integrity of the prosecutorial process. As a routine part of that process, our office subpoenaed Mr. Donaldson's parents. His parents declined to comply with the subpoena, and as a result, the Court held them in contempt. Today, we have finalized a resolution with the defendant's parents where they provided our office with a sworn statement that addresses the questions we sought to have answered. Specifically, they confirmed that they have no information about their son's whereabouts at the time of the murders and no information regarding any mental health issues. Having provided the sworn statement, they are no longer in contempt of court. Our office is pleased to have navigated a difficult hurdle in this process so that we can continue moving forward to hold the defendant accountable and seek justice for the victims and their families."

The couple's son, Howell Emanuel Donaldson III is accused of killing four people over a span of six weeks in the Seminole Heights neighborhood of Tampa. He was booked into jail on November 29 and charged with four counts of First-Degree Murder in connection to the murders of Benjamin Mitchell, Monica Hoffa, Anthony Naiboa and Ronald Felton.

The Donaldson family attorney spoke late this afternoon in response to today's decision.

"It was a mutually beneficial outcome. I still believe parents don’t need to testify, but we had said (there was) civility and professionalism to the max on the other side in a most difficult case," Ralph Fernandez said.

Fernandez said this has been tough on many people.

"It’s very tough what they’ve had to go through, but you know everyone is going through some tough times and...be it law enforcement, be it the prosecution, be it the defense team....everybody is affected adversely," Fernandez said.