TAMPA, Fla. — The man police believe shot and killed four people over a span of six weeks in the Seminole Heights neighborhood of Tampa has been indicted by a Grand Jury.

A judge ruled Howell Emanuel Donaldson III to be held without bond until his second hearing on Tuesday, December 5 at 10 a.m. However, on Monday, December 4, the suspect waived his bond hearing saying he will stay in jail until his trial. Also announced on Monday, a judge agreed to seal the search warrant and other documents related to the case.

On Wednesday, November 29, Howell Emanuel Donaldson III was booked into jail and charged with four counts of First-Degree murder in connection to the murders of Benjamin Mitchell, Monica Hoffa, Anthony Naiboa and Ronald Felton.

THE INVESTIGATION AFTER POLICE RECEIVE TIP

Fifty-one days after the first of four murders in Seminole Heights, Tampa Police Chief Brian Dugan said he was "optimistic" they had found the suspect behind the killings when they responded to a tip about a man with a gun at an Ybor City McDonald's.

A witness told police Donaldson walked into the McDonald's Tuesday at approximately 2:45 p.m. and handed them a McDonald's food bag containing a loaded .40-caliber Glock firearm and said he planned to leave the state.

Donaldson later returned to the McDonald's where he was approached by Tampa police and he agreed to go to Tampa Police headquarters for further questioning.

ABC Action News captured exclusive video of when Donaldson was taken in for questioning on Tuesday:

The arrest affidavit says Donaldson gave consent to conduct a search of his car and cell phone, as well as permission to examine his firearm at the F.D.L.E. laboratory. Read more.

Police say that Donaldson admitted to buying the Glock firearm and ammunition from Shooter's World on Fletcher Avenue in September but documents show it was actually purchased in October. Donaldson further attested to the fact that he was the only one who had control of the Glock firearm since purchasing it.

Howell Emanuel Donaldson, 24, was arrested and charged with four counts of first-degree murder. A search of Donaldson's cell phone location data placed him in the Seminole Heights area when Benjamin Mitchell, Monica Hoffa and Anthony Naiboa were killed. Glock cartridge casings found at the scenes of the homicides were later matched to the gun found in Donaldson's procession.

“Anthony is never going to enjoy his family. We’re never going to see him become a man. Enjoy his brother and sister. Nothing is going to replace that," he said.

Watch the moment Donaldson was transported to and booked into the Hillsborough County Jail:

“We have caught him and spared our community," said Bobby Hoffa, Monica Hoffa's Uncle.

In a statement released late Tuesday, Florida Gov. Rick Scott commended the "relentless effort" of the Tampa police and other local law enforcement, who worked tirelessly on the case.

"As a father and a grandfather, it is unimaginable what the families of these victims are going through," Scott said. "Our thoughts and prayers remain with them, and we will work to ensure that they receive the justice they deserve. In Florida, we have absolutely zero tolerance for this type of evil behavior and anyone responsible will be held to the fullest extent of the law."

Who is Howell Emanuel Donaldson III?

ABC Action News is looking further into the past of the 24-year-old man suspected of killing four people in the Seminole Heights neighborhood of Tampa. Howell Emanuel Donaldson III also went by the name "Trai." Donaldson was a graduate of St. John's University in New York City, but a Tampa native with a Town 'N' Country address.

THE LATEST ON THE INVESTIGATION AFTER THE ARREST

Watch the full news conference below:

During the news conference, Tampa Police Chief Brian Dugan stressed how important obtaining the gun involved was to the investigation. He said "the gun is what we needed. The same gun was used in all four murders." "We still have tremendous amount of work to get a conviction in this case," the Chief said.

"At the end of this, if he is found guilty,
I think he should die. It's that simple."
-Mayor Bob Buckhorn

Mayor Buckhorn thanked the Seminole Height community and the law enforcement for their tireless work to find the person responsible for the murders. He said, "Today, the light shines... The darkness is over... This has been a chapter we hoped to never go through, but it has told volumes about who we are and what an amazing place this is."

When the question of the death penalty was brought up, Mayor Buckhorn said, "At the end of this, if he [Donaldson] is found guilty, I think he should die. It's that simple."

After police read Donaldson his Miranda rights, they confronted him with the evidence asking for an explanation. Donaldson did not give an explanation and asked for the presence of an attorney.

"We have not been able to determine why he picked Seminole Heights," Chief Dugan said.

Donaldson was booked into the Hillsborough County Jail after midnight on Wednesday, November 29.

We commend the Tampa Police Department on their excellent work leading the investigation of multiple law enforcement agencies that led to the arrest of Howell Emanuel Donaldson, III. We also thank our steadfast community members and the individuals who provided information to law enforcement to help identify the person responsible for the Seminole Heights killings. Our office has been working with law enforcement since the first killing and will continue diligently evaluating and
investigating the case as we prepare to bring charges. For the community's safety, we will be seeking that the defendant be held without bond. We appreciate the community's trust as we work hard to achieve justice for the victims, their families, and our entire community.

During his first court appearance Thursday morning, the judge agreed to the State's request that Donaldson be held without bond until his hearing that will determine whether or not he will be held without bond which is scheduled for 10 a.m. on Tuesday, December 5.      However, on Monday, December 4, the suspect waived his bond hearing saying he will stay in jail until his trial. 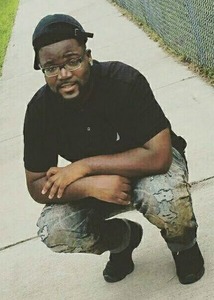 Benjamin Mitchell, 22
Mitchell was the first Seminole Heights murder victim. Officers say that on Monday, October 9 around 9 p.m., Mitchell was shot while waiting at a bus stop on N. 15th Street just south of E. Frierson Avenue. When officers arrived they found Mitchell lying by the bus stop. He was transported to the hospital where he passed away.

Police say that it appears he was alone at the time of the shooting. Prior to the second and third shooting, police said that Mitchell had no criminal background and that he was a "good person from a good family," leaving them without a clear motive. 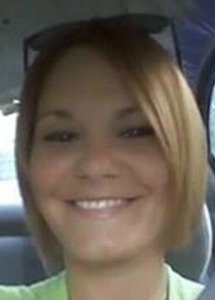 Monica Hoffa, 32
Hoffa was the second Seminole Heights murder victim. Police say that her body was found on Friday, October 13 near the 1000 block of E. New Orleans Avenue. They believe she was shot and killed around 8:47 p.m. on October 11 when gunshots were heard in the area.

Her body was found Friday morning by a City of Tampa employee. Tampa Police officers were notified at approximately 9:30 a.m. on Friday.

After Hoffa's body was discovered, Tampa Police held a press conference stating that they believed her homicide was connected to Mitchell's due to the relatively close time frame, proximity of the shootings, and the nature of the two shootings. 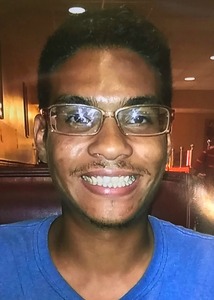 Anthony Taino Naiboa, 20
Naiboa was the third victim in the Seminole Heights murders. He was a recent high school graduate with autism who was shot and killed on Thursday, October 19 while on his way home from work.

Officers were patrolling the area of Northeast Seminole Heights around 8 p.m. when they heard a possible gunshot. A short time later, they found Anthony Taino Naiboa, 20, shot dead on the sidewalk. Naiboa was found on N. 15th Street between E Conover Street and E Wilder Avenue.

Officers determined that Naiboa had taken the wrong city bus on his way home from work and believe he was going to another bus stop but did not make it. 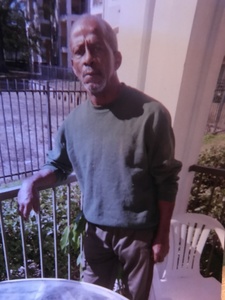 Ronald Felton, 60
Police responded to a report about shots fired just before 5:00 a.m. on Tuesday in the area of N. Nebraska Avenue and E. McBerry Street. When they arrived on scene, they found a Ronald Felton, 60, shot dead in the street.

Witnesses tell police that Felton was crossing the street to meet someone when the suspect came up behind him and shot him. Felton was on his way to meet with the pastor of the local church, where he has been a volunteer for the past 10 years.

This is a developing story. Stay with ABC Action News for the latest.