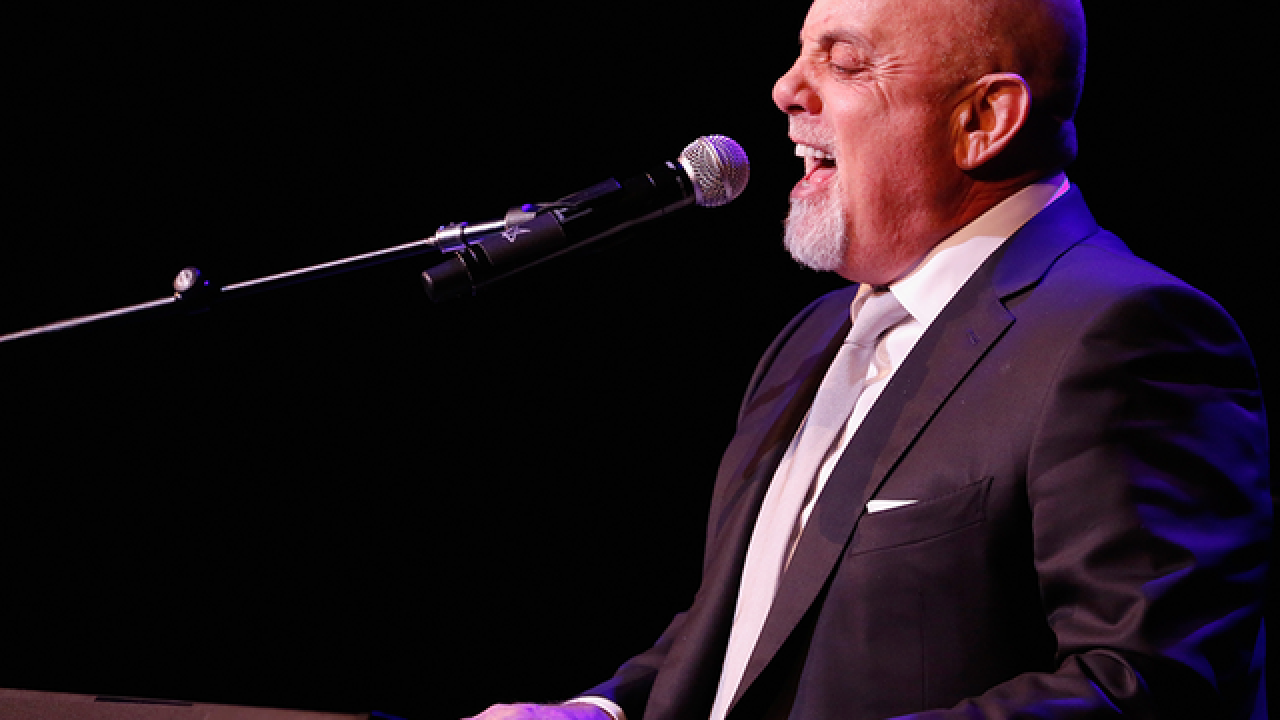 If you're looking for something fun to do this weekend (February 9-11), there's plenty of action happening around the Tampa Bay area.

When: 7 p.m.
Where: The RITZ Ybor at 1503 East 7th Avenue, Tampa
Cost: $26
Info: American country music singer and songwriter Chase Rice is coming to Tampa! He will be performing at The Ritz Ybor Friday night starting at 7 p.m.

Story: Your go-to guide for the 2018 Florida State Fair

When: 8 p.m.
Where: Amalie Arena at 401 Channelside Drive, Tampa
Cost: $119.50
Info: Billy Joel is returning to Tampa’s Amalie Arena! Having sold 150 million records over the past quarter-century, scoring 33 consecutive Top 40 hits, Billy Joel ranks as one of the most popular recording artists and respected entertainers in history. The singer/songwriter/composer is the sixth best-selling recording artist of all time and the third best-selling solo artist. Billy Joel has sold out Amalie Arena seven times.

When: 8 p.m.
Where: Straz Center at 1010 North Macinnes Place, Tampa
Cost: $15
Info: An intergalactic battle pits Trekkies against The Force for one stellar concert. Who will live long and prosper? Everybody wins when the orchestra performs music from the Star Trek TV show and movies, along with Star Wars classics. But whose side will Music Director Michael Francis be on? After all, he performed on two of the Star Wars soundtracks, Attack of the Clones and Revenge of the Sith, conducted by John Williams in Abbey Road Studios.

When: 11 a.m. - 3 p.m.
Where: Tropicana Field at 1 Tropicana Drive, St. Petersburg
Cost: Free
Info: The Tampa Bay Rays annual Fan Fest event kicks off on Saturday. The baseball team holds the event each year to get fans excited about the upcoming season and interact with the community. Admission is absolutely free for attendees of all ages. Many of the Rays will be at the fan fest including fan favorites like Chris Archer and Kevin Kiermaier. The event will also feature appearances from MLB alumni including Carlos Peña and Orestes Destrade. Additionally, fans can purchase autograph passes to get signatures from some of your favorite Rays players.

When: 11 a.m. - 2:30 p.m.
Where: Hyatt Regency at 1000 Boulevard of the Arts, Sarasota
Cost: $10
Info: Come enjoy a boisterous SHIVOO celebration at the annual fashion show, luncheon & silent auction at the HYATT. This year they will be celebrating all things inspired by Havana, Cuba. Colorful women’s fashions and menswear will be showcased on the runway. Opening the show will be a performance by the Sarasota Cuban Ballet. Enjoy this event to the sounds of live Cuban music by Renesito Avich. Have your picture taken in front of their handmade flower wall? Gather your friends and snap away to remember a fun afternoon while raising funds for The Sarasota Garden Club and your community. The silent auction features gift certificates, art, home decor, sea adventures, local shows and so much more.

When: 8 p.m.
Where: Capitol Theatre at 405 Cleveland Street, Clearwater
Cost: $49.50
Info: Let tight harmonies and slick dance moves take you back to an era of sharkskin suits, flashy cars, and martini shakers as Under The Streetlamp returns to the historic, Capitol Theatre! With the mantra like, “Retro never sounded so now!”, it's no wonder the dreamy voices of they have been able to successfully reconnect Doo-Wop, Motown, and old time Rock ‘n’ Roll hits from The Drifters, The Beach Boys, The Beatles, The Four Seasons, with generations new and old. Under The Streetlamp breathes fresh new life into the music, reminding the fans why they fell in love with it in the first place.

When: 9 p.m.
Where: Seminole Hard Rock Hotel and Casino at 5223 Orient Road, Tampa
Cost: $145
Info: Don’t miss wrestling legends Hulk Hogan and Ric Flair at the Hard Rock Cafe stage for an intimate conversation about the era of wrestling. Hear Hogan and Flair share memorable stories of life and experiences of their wrestling careers and the excitement that surrounds them in and out of the ring.

When: 9 a.m. - 9 p.m.
Where: Florida State Fairgrounds at 4800 U.S. 301, Tampa
Cost: $9
Info: The Florida State Fair attracts up to 500,000 people during its 12-day celebration in Tampa. Each year Florida residents create exhibits for aquaculture, horticulture, woodcarving, needlework and more. Over 90 years later and bragging rights are still won for the prized bull, best pie and the most beautiful quilt. The Midway rides provide our visitors with all the thrills and chills they've come to expect. As the first State Fair of the year, we get all the latest and greatest in fair foods such as the pizza cone, redneck burger, bacon ice cream, and more! It’s affordable family fun at its best. Nobody does it better than the Florida State Fair!

Mimosas & Masterpieces: Brunch at The Dali

When: 11 a.m. - 2 p.m.
Where: The Dali Museum 1 Dali Boulevard, St. Petersburg
Cost: Click here for menu prices - http://thedali.org/event/mimosas-masterpieces/
Info: Cafe Gala invites you to start your week with Mimosas & Masterpieces, an artistic take on Sunday Fundays. Enjoy a Catalan-inspired brunch, raise a glass to surreal Sundays, then visit the galleries, stroll the grounds, contemplate the Avant-garden, browse the Museum Store and soak in all the brilliance of St. Petersburg’s #1 attraction. Invite a friend or two or three and meet at Cafe Gala for brunch and art, sustenance and inspiration. There is no cost to visit the Cafe (or the Store or Gardens); gallery admission requires an admission ticket or Museum membership.

Stand By Me at Tampa Theatre

When: 3 p.m.
Where: Tampa Theater at 711 North Franklin Street, Tampa
Cost: $10
Info: An ensemble cast of young actors stars in this adaptation of a Stephen King short story about four friends in small-town Oregon and what happened the time they found a dead body. Threatened from outside and troubled from within, they must stand up for what’s right as they learn a lot of hard lessons in one fateful weekend. Watch this classic at the infamous Tampa Theatre in downtown Tampa.

When: 4 p.m.
Where: Ybor City Wine Bar at 1600 East 7th Avenue, Tampa
Cost: $45
Info: The Ybor City Wine Bar’s Annual Sip & Shop Chocolate Festival includes 75 wines, plus a variety of gourmet chocolates, cheeses, and desserts. In addition to savoring the wonderful wines, we can also take care of all of your Valentines shopping needs. Wine makes the perfect gift! Enjoy a 25% discount on all wines, baskets, and holiday items purchased during the event. We will have complimentary gift bags, tissue and wrap to get you all set.

When: 7 p.m.
Where: Straz Center at 1010 North Macinnes Place, Tampa
Cost: $35.50
Info: Tony-winning actress Laura Benanti debuted on Broadway as Maria in The Sound of Music opposite the legendary Richard Chamberlain. Since then, her standout performances as Gypsy Rose Lee with Patti LuPone as well as her roles in Swing!, Nine and Into the Woods solidified her place in the New York musical theater scene. In 2016, she earned a Tony nomination for the hit revival of She Loves Me. Known internationally for her roles on television shows such as Nashville, Nurse Jackie and Supergirl, Benanti brings her consummate performance style to its pinnacle in her one-on-one cabaret show.