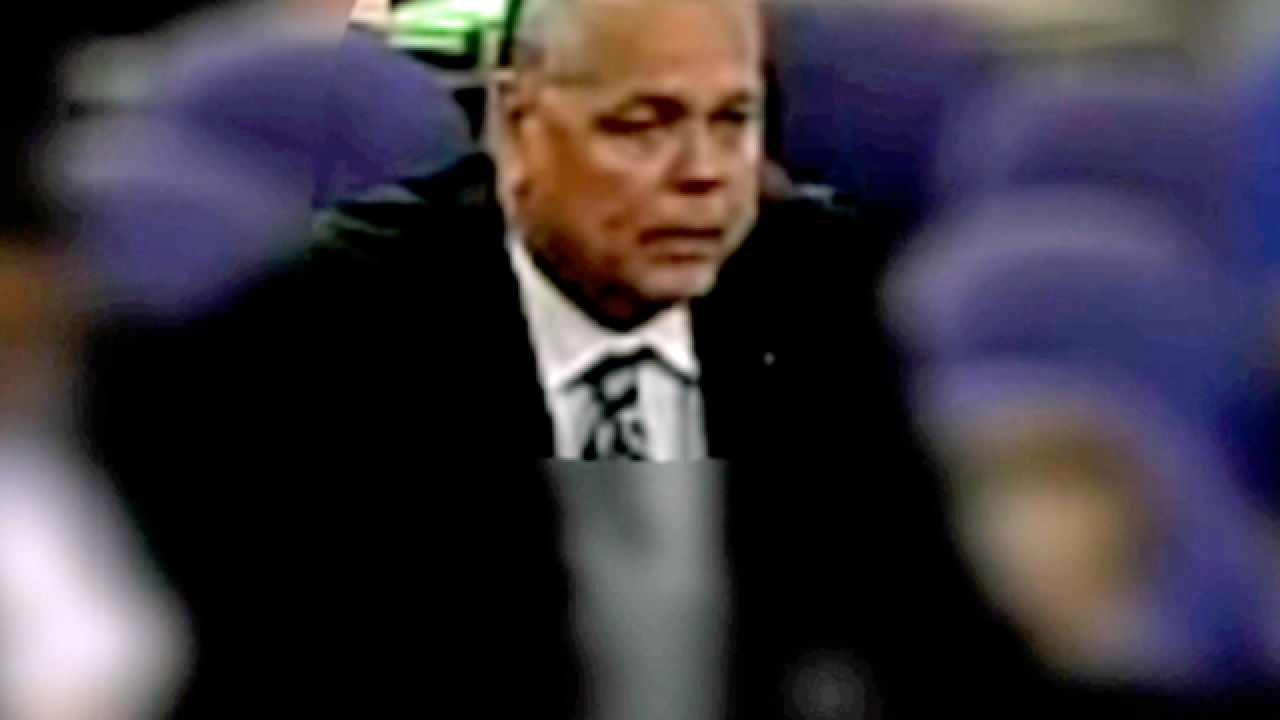 Speaking for Scot Peterson, lawyer Joseph DiRuzzo said Monday that the one-time school resource officer of the year didn't go inside Marjory Stoneman Douglas High School because it sounded like the shooting was happening outside the building.

DiRuzzo said in a news release Monday that Peterson is confident he followed procedures and will be exonerated. Peterson resigned last week after Broward County Sheriff Scott Israel accused him of improperly failing to confront the shooter.

Some politicians say Israel needs to go because his office ignored warnings about Nikolas Cruz reported in more than a dozen tipster calls.

On Thursday February 22nd Sheriff Israel held a press conference a mere eight days after the tragedy and accused Mr. Peterson of failing to respond appropriately, with the clear implication that Mr. Peterson was responsible for failing to help the students of Marjory Stoneman Douglas High School.

Sheriff Israel has maligned Mr. Peterson even though Mr. Peterson has had a decorated career with the Broward Sheriff’s Office, including receiving glowing annual performance reviews and being named the school resource office of the year in 2014 for Parkland. Further, Sheriff Israel has made his accusations at a time when he has admitted that the Florida Department of Law Enforcement’s investigation is on-going, in what Israel himself characterizes as “a fluid investigation.”

Let there be no mistake, Mr. Peterson wishes that he could have prevented the untimely passing of the seventeen victims on that day, and his heart goes out to the families of the victims in their time of need. However, the allegations that Mr. Peterson was a coward and that his performance, under the circumstances, failed to meet the standards of police officers are patently untrue. Mr. Peterson is confident that his actions on that day were appropriate under the circumstances and that the video (together with the eye-witness testimony of those on the scene) will exonerate him of any sub-par performance.

Sheriff Israel has indicated that the video may never be released to the public, but then commentated on the very same video to allege that Mr. Peterson took up a position on the west-side of the building, but that Mr. Peterson never went in the building. Sheriff Israel’s statement is, at best, gross oversimplification
of the events that transpired. Sheriff Israel’s February 22nd statement conveniently omitted the following facts for the public’s consideration:

· Mr. Peterson initially “received a call of firecrackers — and not gunfire — in the area of the 1200 Building.”

· In response to the firecracker call Mr. Peterson along “with Security Specialist Kelvin Greenleaf exited the 100 Building and ran north the couple of hundred yards to the 1200 Building.”

· Upon arriving at 1200 Building Mr. Peterson “heard gunshots but believed that those gunshots were originating from outside of any of the buildings on the school campus.”

· BSO trains its officers that in the event of outdoor gunfire one is to seek cover and assess the situation in order to communicate what one observes to other law enforcement.

· Consistent with his training, Mr. Peterson “took up a tactical position between the 700-800 buildings corridor/corner.”

· Mr. Peterson was the first BSO officer to advise BSO dispatch that he heard shots fired.

· “Radio transmissions indicated that there was a gunshot victim in the area of the football field,” which served to confirm Mr. Peterson’s belief “that the shooter, or shooters, were outside.”

· Mr. Peterson had the presence of mind to have the school administrators go to the school’s video room to review the closed-circuit cameras to locate the shooter and the obtain a description for law enforcement.

· Mr. Peterson provided his keys to the Coral Springs SWAT team so that they could enter the 1200 Building.

We note that Sheriff Israel’s accusations are wholly inconsistent with the position he has taken in response to Representative Bill Hager’s criticisms. It is our understanding that Sheriff Israel acknowledged that the investigation remains on-going and that “[i]nvestigations will not be rushed or asked to jump to conclusions.” But this is exactly what Sheriff Israel did, he jumped to a conclusion regarding Mr. Peterson’s performance on February 14th even though Israel claims that “[i]t is more important for us to wait and let the investigators get it right[.]” We question why this statement would not also apply to Mr. Peterson?

Mr. Peterson is looking forward to cooperating with the Florida Department of Law Enforcement’s investigation, which we hope will detail the events of that tragic day and which we believe will ultimately clear Mr. Peterson’s name.