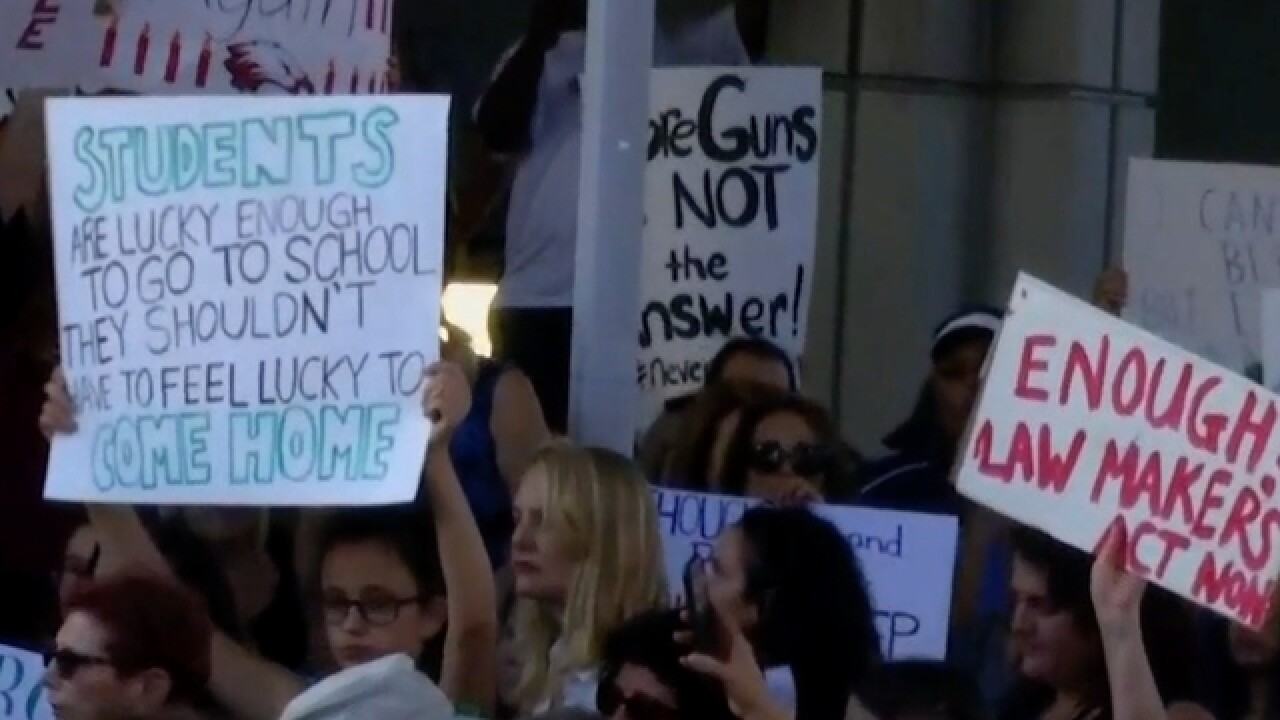 The governor asked local and state leaders to hold meetings today to discuss ways to improve school safety plus identifying ways to limit gun access to people who suffer from mental illness.

The sessions lasted for several hours. During those sessions the theme from leaders was the lack of funding available and resources to help facilitate changes.

Governor Rick Scott stressed there are 3 weeks left in the legislative session. Governor Scott called for solutions after last week’s deadly shooting in South Florida. According to authorities, a gunman killed 17 people, most of those people were his former classmates.

“To know that 17 of our friends and teachers and coaches are now gone, it’s heart wrenching,” Spencer Blum, MSD student, said.

“I was in the building on the first floor. I heard and saw all of that and I don’t think anybody should have to go through that,” Melissa Camilo, MSD student, said.

They are fighting for safety.

“I want to get assault rifles and assault weapons completely banned from our state and hopefully the country as well," Blum said.

These kids hope adults will listen to them as they continue grieving and find ways to honor the people who were tragically killed.

However, the House voted down an assault weapon ban Tuesday with a 71-36 tally.

“Parents and students shouldn’t have to be scared to go into a learning environment,” Camilo said.

Students, parents, and teachers will rally for gun control Wednesday at the capitol.

During the meeting, people mentioned trying to have SRO’s at every single school. The governor asked about finding ways to have accountability. He suggested having someone sign off on active shooter plans at schools.