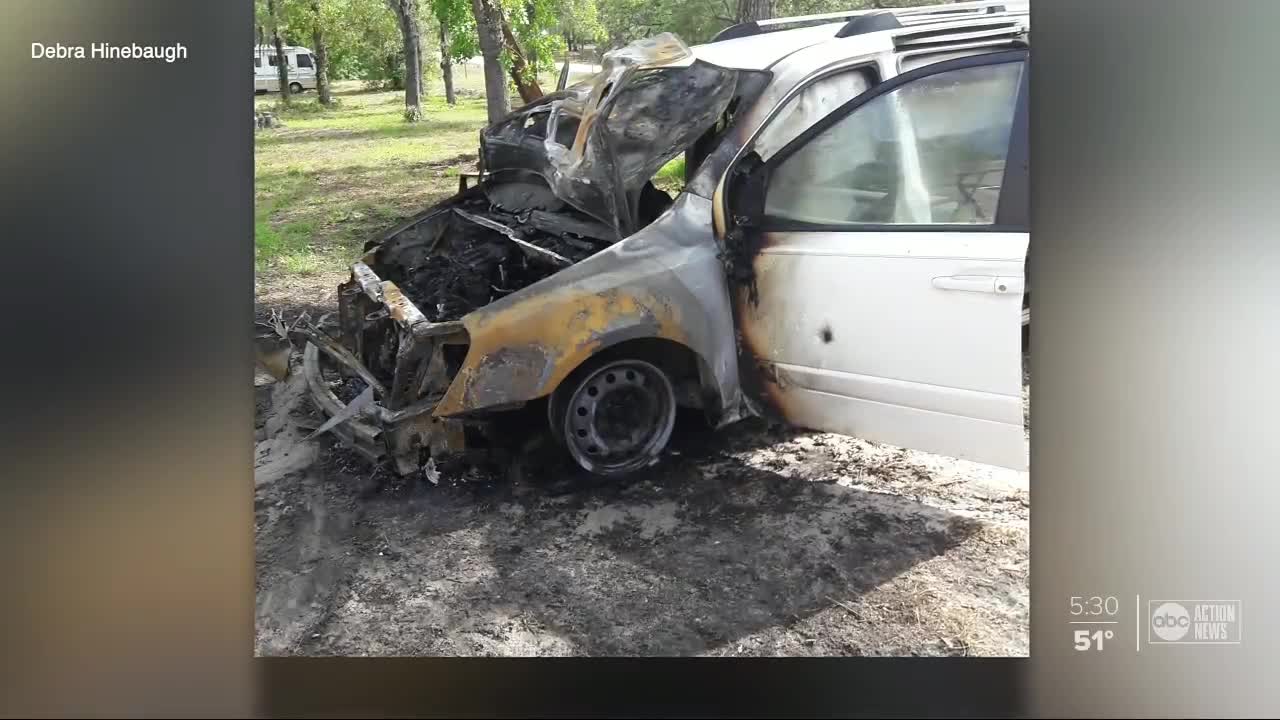 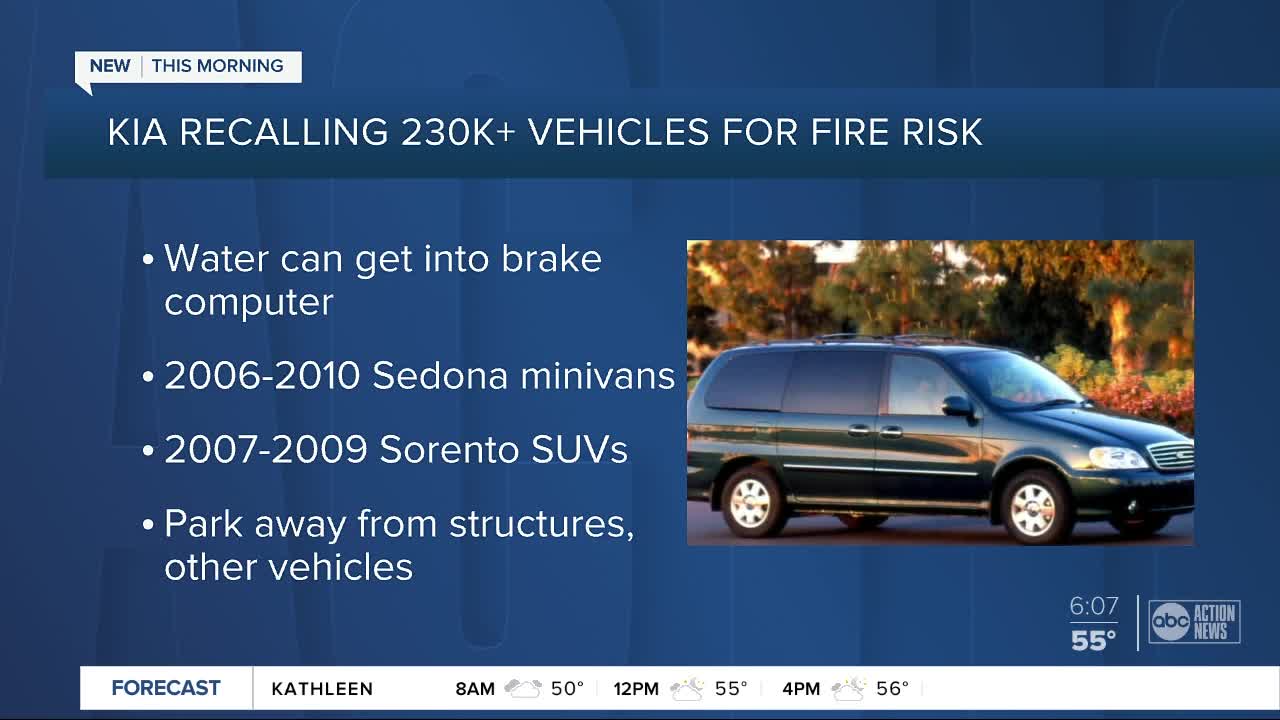 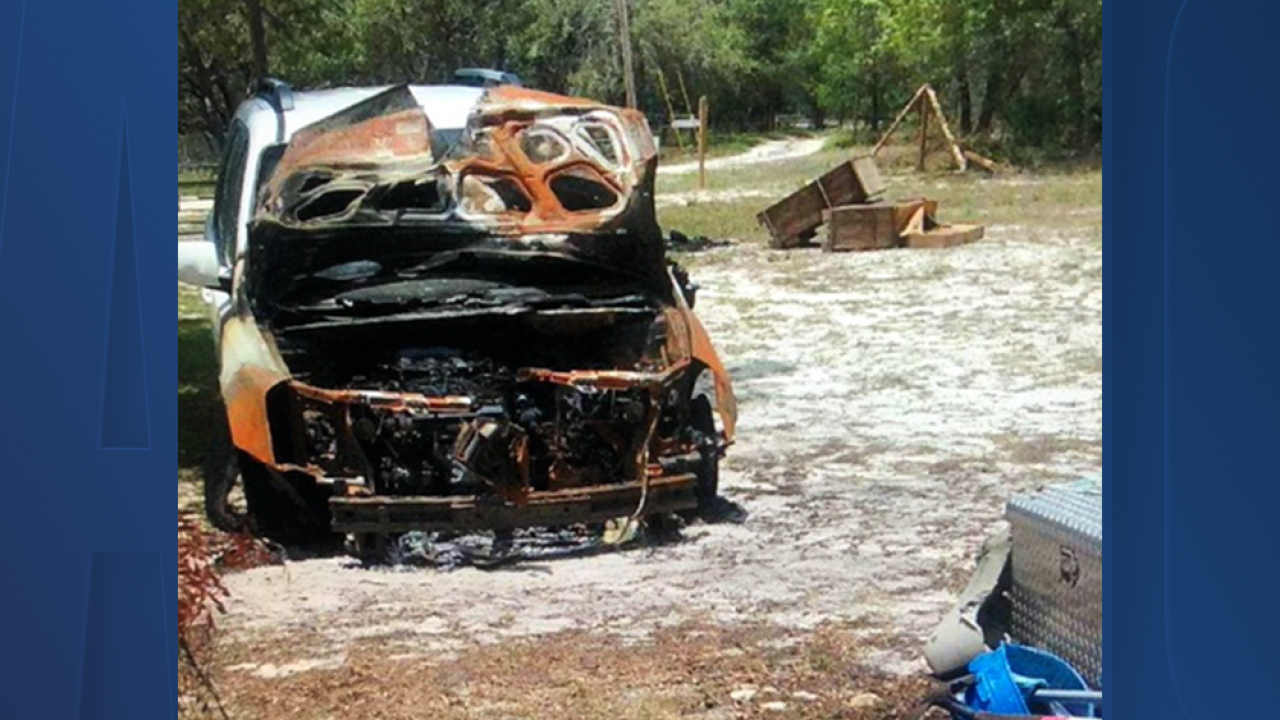 Kia is recalling more than 200,000 minivans and SUVs over a faulty part that could cause certain vehicles to catch fire.

The recall affects 2006 through 2010 Sedona minivans and 2007 to 2009 Sorento SUVs. Water can get into a brake computer and cause an electrical short and start a fire even while the vehicle is parked.

Kia reported seven fires related to the defect in these two models. Since 2018, the I-Team has reported on fires in both Kias being recalled.

UP IN FLAMES: I-Team investigations on cars catching fire

Federal guidelines mandate Kia to notify owners of the recall within 60 days. Those affected will be able to take their vehicles to the nearest Kia dealership for repairs.
A Kia spokesperson told ABC Action News they would also reimburse owners for expenses related to this defect.