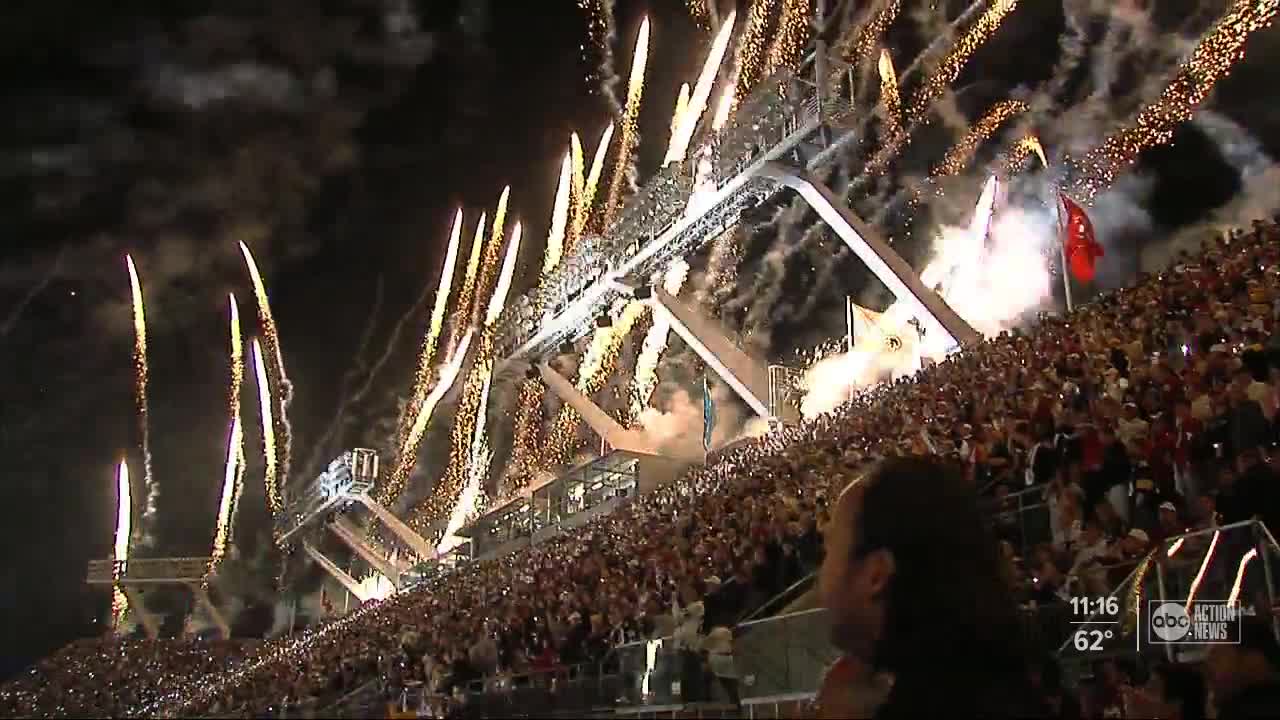 As all eyes look to Miami for Super Bowl LIV, I-Team Investigator Kylie McGivern met with local and federal leaders for an inside look at the work already being done in the Tampa Bay area -- more than a year out from Tampa taking its fifth turn in the 2021 Super Bowl spotlight. 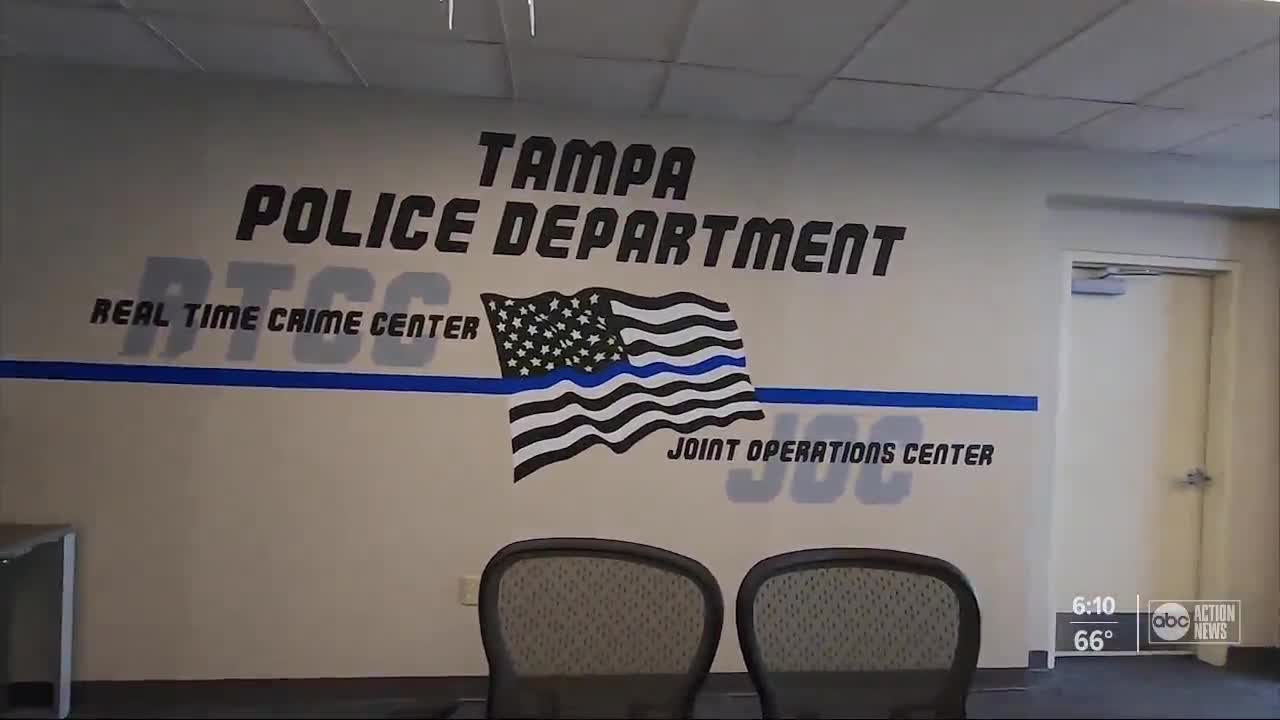 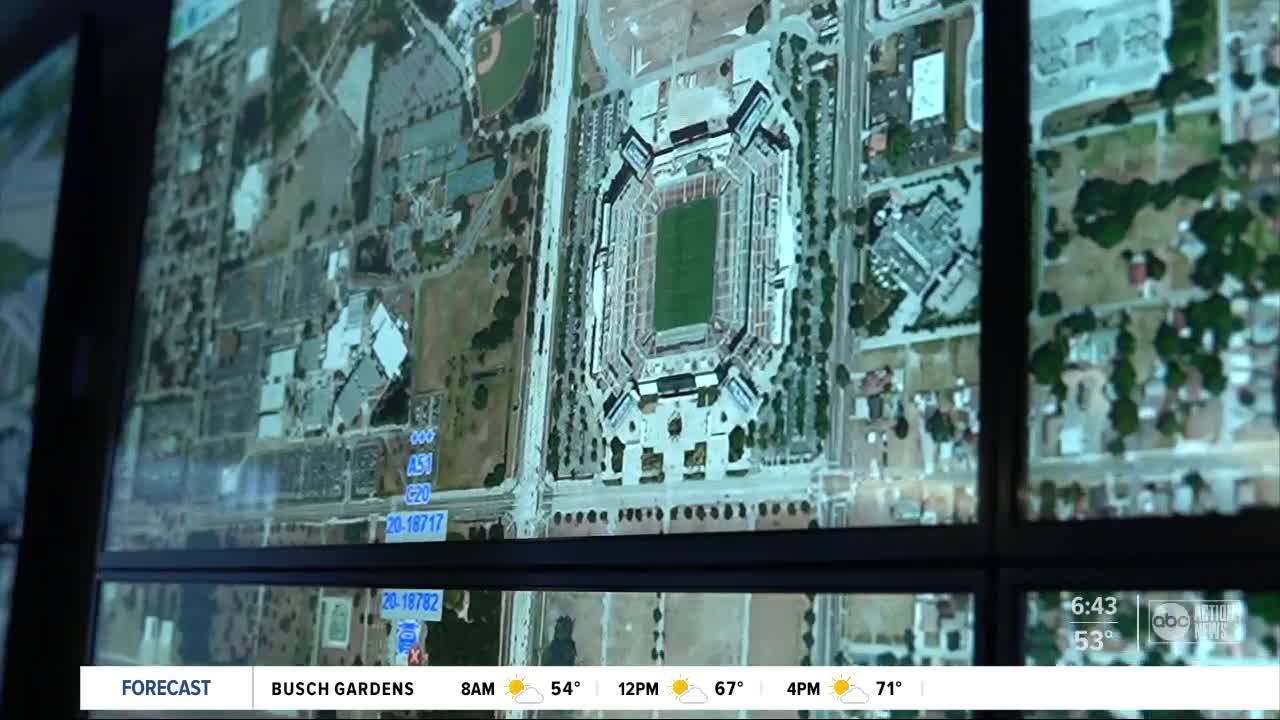 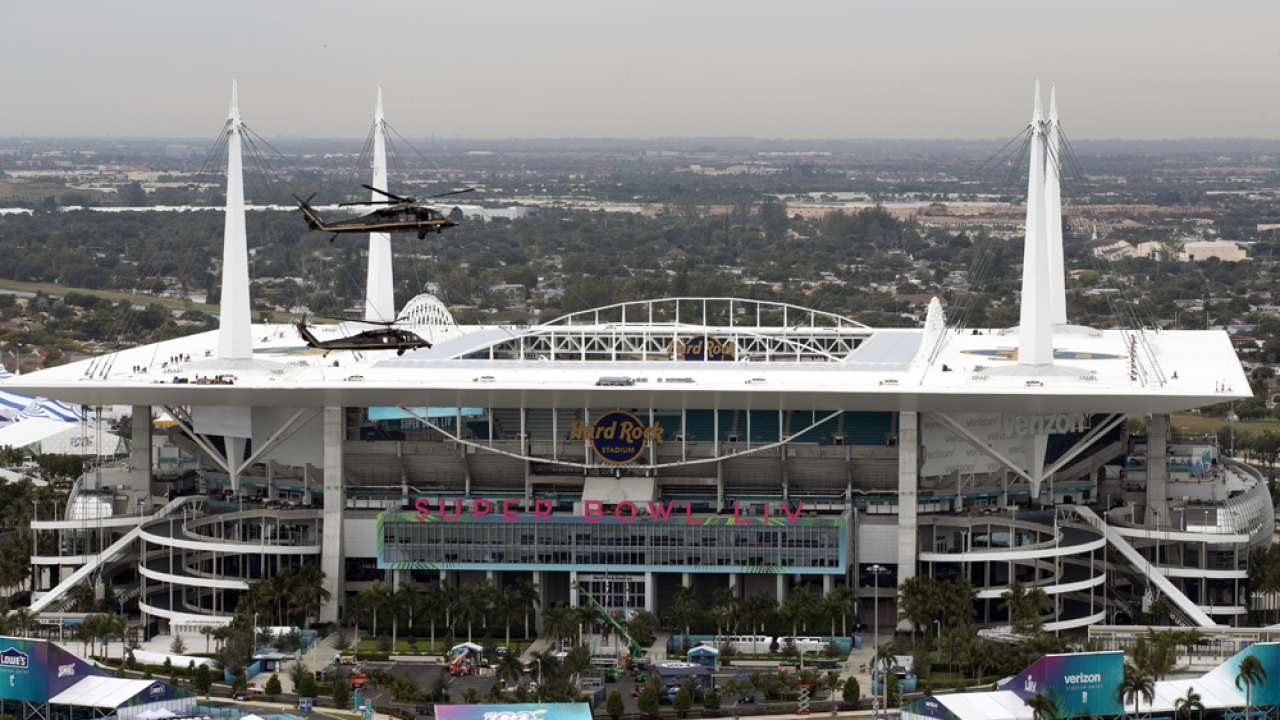 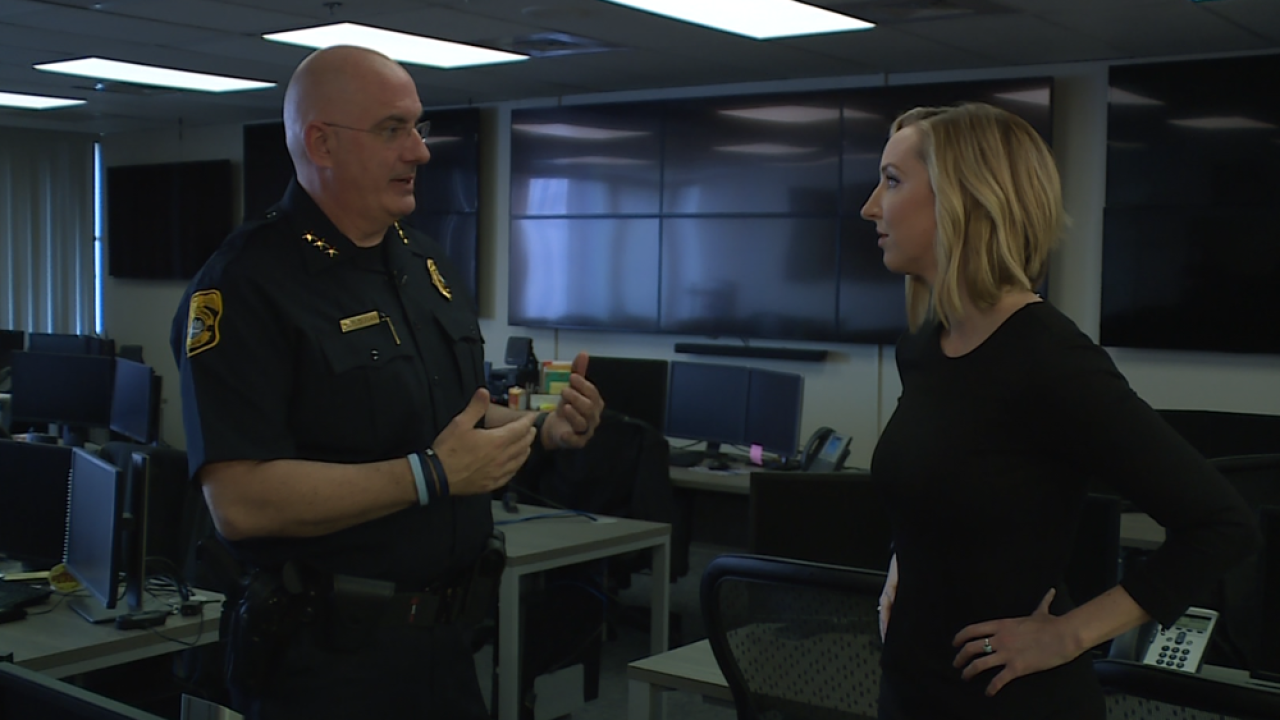 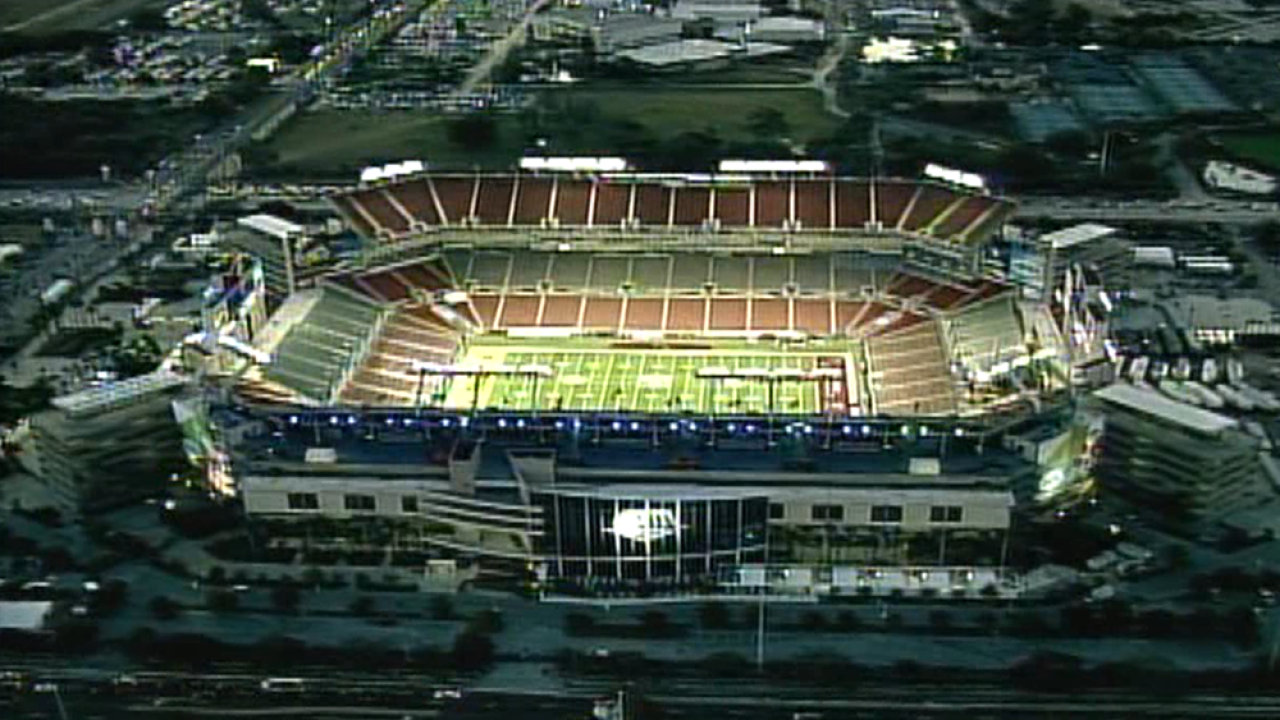 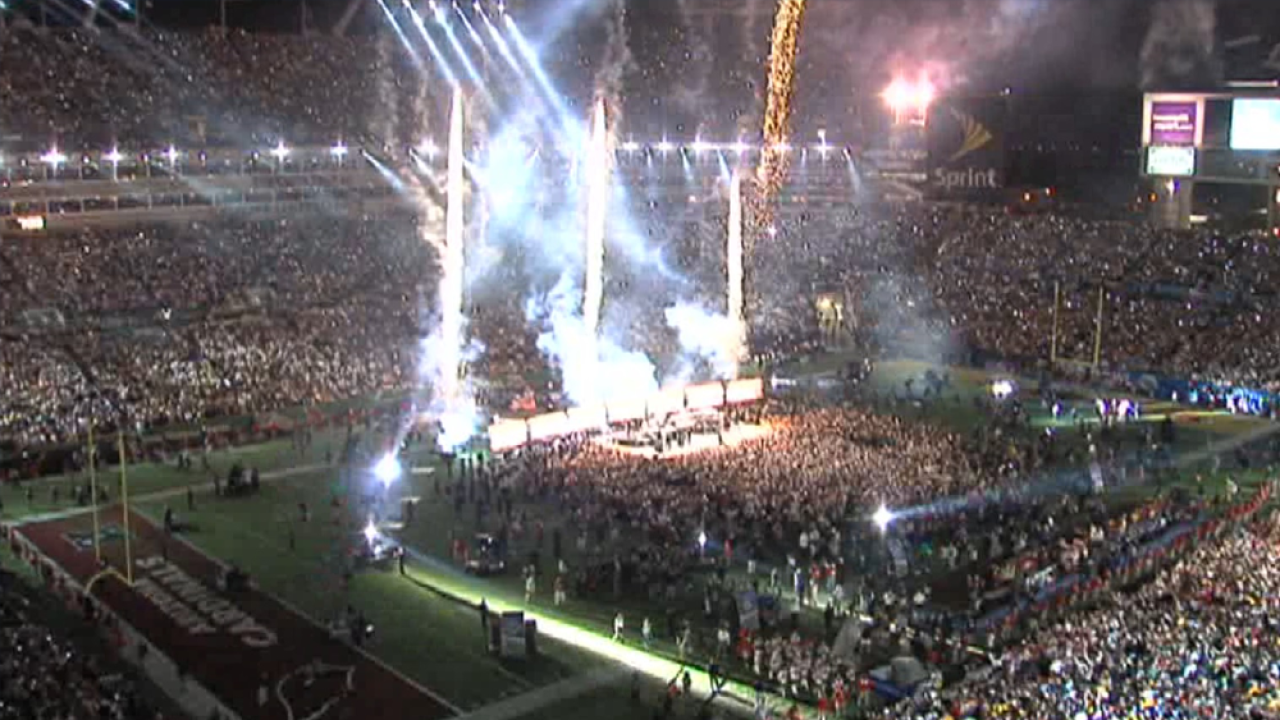 TAMPA, Fla. — As all eyes look to Miami for Super Bowl LIV, I-Team Investigator Kylie McGivern met with local and federal leaders for an inside look at the work already being done in the Tampa Bay area -- more than a year out from Tampa taking its fifth turn in the 2021 Super Bowl spotlight.

The last time Tampa hosted a Super Bowl was in 2009, when the Pittsburgh Steelers defeated the Arizona Cardinals 27-23. More than a decade later, Tampa will again find itself on football's biggest international stage.

Inside the situation room, Tampa Police Chief Brian Dugan showed the I-Team what cops call the Real Time Crime Center. It's where Dugan's staff can monitor any city-owned camera — Something Dugan says will be an integral part of protecting the public come Super Bowl Sunday.

“This is truly the brains of the Tampa Police Department," said Dugan. "We tap into all the different databases, the cameras that we have, and everything like that. It’s something that we’re very proud of, it has all the latest technology in it, and it’s just another tool for us to making sure we’re doing everything we can to keep everyone safe.”

Those technological capabilities, Dugan said, gives cops on the street a better idea of what else is happening around them.

“There’s only so many seats at Raymond James Stadium," said Dugan. "But it's all the events. There's so many more people that come to the Super Bowl that don't even attend the game. And that's what you really need to look at."

Over 70,000 fans showed up at Tampa's last Super Bowl. But thousand more attended the nearly 300 related events across the Tampa Bay area.

The I-Team obtained Lessons Learned reports from the Department of Homeland Security that showed, during the 2009 Super Bowl, Tampa did not have a text message alert system - like it does now. The alerts can include anything from important road closures to event hours and incident notifications.

Those alerts would have come in handy after "a large tent caught fire in the NFL Experience," according to the report. Instead, event staff had to communication the information to fans in person.

Another federal report revealed dozens of law enforcement agencies were not communicating about equipment, "which led to duplication in equipment deployed to the Super Bowl and overlapping response capabilities."

Mayor Jane Castor served as Assistant Police Chief during Tampa's 2009 Super Bowl, and said the biggest takeaway from the event was the need to improve communication.

“My role hasn’t really shifted from the safety portion of it, you know, once a police officer, always a police officer. So that’s something that I’m keenly aware of and focused on," said Castor.

The mayor said, inside the command center for a major event like the Super Bowl, there can be up to 80 different agencies represented.

"So you have to ensure than everyone’s working together, everyone knows what the other agency’s responsibility is and what tasks they’re going to perform," said Castor.

That communication, Castor said, is crucial to preventing terrorist attacks.

"It is a signature event for America. And so, if you wanted to make a mark, that would be the place to do it."

Castor told the I-Team local, state and federal agencies run through training exercises leading up to the big game.

“They can be anything from explosive devices that are in or on a vehicle to on individuals, to an attack on the perimeter," said Castor, of the exercises.

In 2009, another Lessons Learned report from the Department of Homeland Security details what was called "Operation Boomerang."

During the Outback Bowl at Raymond James Stadium on Jan. 1, 2009, all 55 agencies working the Super Bowl conducted game day operations and went through different training scenarios. According to the report, the scenario "was based upon a terrorist cell traveling to the Tampa Bay area with the intent to crash a small place into Raymond James Stadium during the Super Bowl."

The training scenarios, the federal report states, also included a scenario of a bus crash on Interstate 275 and a terrorist with a bomb hidden under his coat.

Michael McPherson, the FBI special agent in charge for Tampa, said the FBI would play a large role if there were ever a terrorism event connected to the Super Bowl.

Like the mayor, McPherson worked Tampa's last Super Bowl. He was leading the joint terrorism task force at the time.

Federal agents are in Miami this week leading up to the 2020 Super Bowl, to bring home the best strategies for Tampa next year.

"The terrorism threats that our country faces are more diverse than ever. This is not just directed plots from a terrorist organization overseas, there’s homegrown violent extremists, in our own country, that want to do us harm, there's potential active shooters with grievances, there’s criminal activity that can happen, a bunch of different layers, and they’re where we provide our support and expertise.”

Preparation for the 2021 Super Bowl will also include a law enforcement crackdown on human trafficking.

An FBI sting in the week leading up to last year's Super Bowl in Atlanta led to 169 arrests, including 26 traffickers and 34 individuals attempting to engage in sex acts with minors. The FBI recovered nine child sex trafficking victims.

Those kinds of operations will continue to be a major focus for federal agents in Tampa Bay.

"Only three cities have hosted more," said Higgins of Super Bowls, naming Miami, New Orleans and Los Angeles. "Speaks volumes to the way our community rallies around these big events and rolls out the red carpet for our visitors."

Higgins said the Super Bowl is all about showcasing Tampa's identity. One that has evolved over the last decade.

"You look at things like the Riverwalk – that didn’t exist back in 2009," said Higgins. "You look at a lot of the new hotel properties, more than 2,000 hotel rooms just in the last year or two have been under construction."

Mayor Castor echoed, "Nobody does it better than the Tampa Bay area."