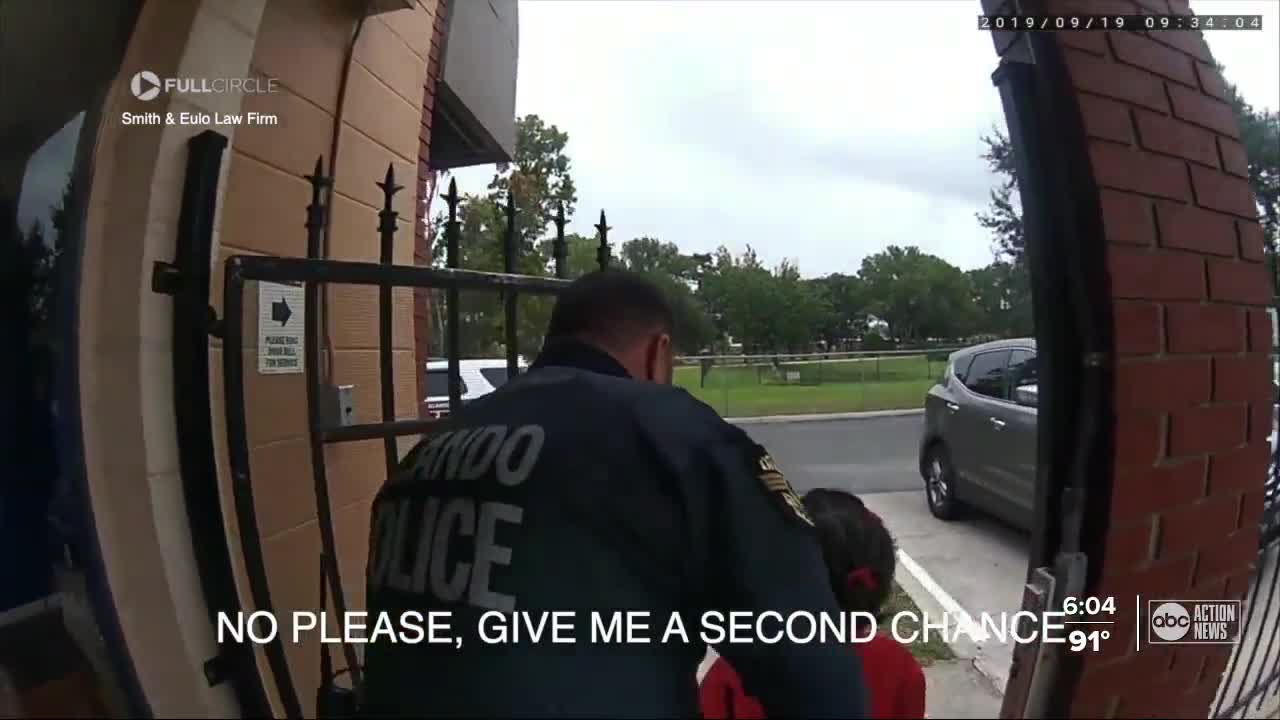 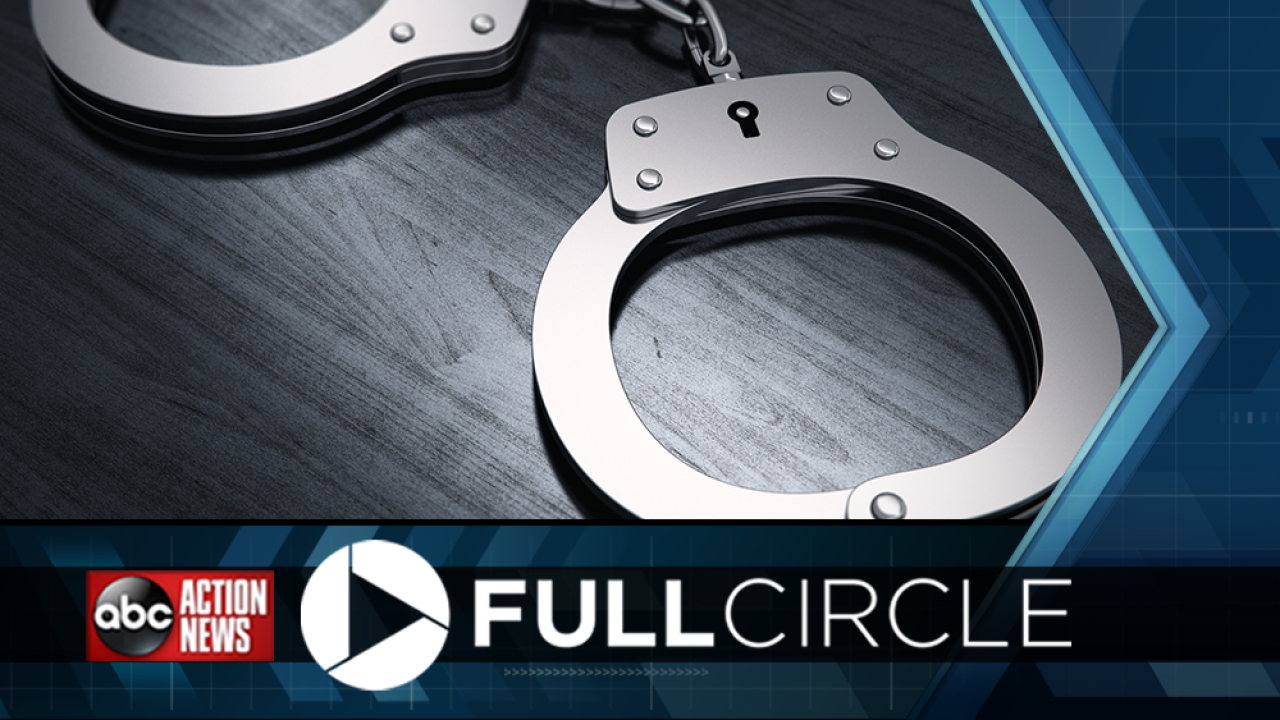 PINELLAS COUNTY, Fla. — Increased numbers of law enforcement officers in Florida schools are prompting questions about school safety and asking: At what age does a child get treated like a criminal?

I-Team Investigator Kylie McGivern reviewed data from across the state and found hundreds of elementary school kids, under the age of 10, arrested over a two-year period.

Clearwater mom Tyeisha Harmon spoke with the I-Team about a school resource officer's attempt to handcuff her 7-year-old son at Belcher Elementary School earlier this year.

“I still don’t have a clear understanding of exactly, step-by-step, what happened in that situation,” Harmon said. “Why it got that far.”

In the Pinellas County Schools Police report, the school resource officer wrote that Harmon’s son began scratching, kicking and hitting and caused her to fall. After that, to control the child, the officer tried to roll the young boy on his stomach and handcuff him.

“It should never get to a point where he needs to be handcuffed. It’s like, you do that to criminals, He’s seven. He’s not a criminal. He’s a kid. How much damage can he really do?” Harmon asked.

Pinellas County Schools told the I-Team Harmon’s son was restrained, but not arrested.

The I-Team examined the Florida Department of Juvenile Justice data from the two most recent fiscal years available. In FY 2017-18, 170 children ages nine and younger were arrested.

In FY 2018-2019, there were 125 arrests in the same age group. Most of the children were arrested on felony charges. The number of arrests jumps to 2,781 for children ages 12 and younger that year.

Data the I-Team examined includes the arrests of five 6-year-olds and one 5-year-old, arrested for aggravated assault/battery.

The data didn’t include the 2019 arrest of a Florida 6-year-old that gained national attention.

Police body camera footage showed the arrest of Kaia Rolle in September 2019, at an Orlando charter school, following a temper tantrum. The little girl’s hands were fastened with zip ties.

In the video, released in February, 6-year-old Rolle is heard saying, “No, please give me a second chance” and “please let me go.”

No minimum age of arrest in Florida

Florida, unlike 22 other states as of January, does not have a minimum age of arrest.

During the last session, following Rolle’s arrest in his district, State Sen. Randolph Bracy (D-Orlando) tried to change that.

Sen. Bracy’s bill would have prohibited the arrest of children under the age 12.

“It’s such a traumatic thing for a child to experience, being arrested. I have a 7-year-old and a 9-year-old girl, so this issue hits home,” Bracy said.

The bill was negotiated down to prohibit kids ages six and younger from being arrested. But the amendment to a school safety bill died. Sen. Bracy told the I-Team that in the next session he plans to revive his bill to create a minimum age of arrest.

“There’s some lawmakers that feel like a 7-year-old could be a threat,” said Bracy. “We need to change that law. Pretty plain and simple.”

But the Florida Association of School Resource Officers (FASRO) told the I-Team it’s not so simple.

“When you start putting a minimum age on something, you know, what if — we could ‘what if’ this thing to death, but what if Susie brings a knife to school,” said Commander Dale Tharp, of FASRO. “She starts stabbing people and she doesn’t make the minimum age to arrest?”

Tharp said the determination of whether a child should be arrested is “all depending on the acts that the kids are doing” and the child’s discipline history.

“Where do you say 'enough is enough,'” Tharp said.

School resource officers need to be able to make arrests, Tharp said. But, he emphasized, an officer’s job is to keep kids out of jail.

“It’s being out in the hallways, it’s being available for kids when they talk to you,” Tharp said. “We’re not the enemy.”

“A child that age would be reading rhyming books like Dr. Seuss,” Bacardi Jackson said of 6 year olds. “And that is the person, the child, that we are somehow now ascribing a criminal intent to.”

Jackson, an attorney with the Southern Poverty Law Center, helped write the report “The Cost of School Policing,” recently released by the ALCU of Florida.

The report followed a state mandate requiring a police officer or armed civilian at every Florida school — a move that came in response to the 2018 Marjory Stoneman Douglas High School shooting.

“There is no evidence whatsoever that shows this is an effective strategy for making schools safe,” said Jackson. “When you have increased over time the rates that we’ve increased them, the number of officers on our campuses, the results have been overall harmful for our children.”

Looking at the most recent data available from FY 2018-19, the report from the ACLU found the number of kids arrested at school increased 8% while community arrests of children continued to decline.

“If they are there to keep a campus safe, their role should be on the periphery of the school,” Jackson said.

In response to the ACLU’s report, the Florida Department of Education sent the I-Team a statement saying it completely disagrees with the findings and that law enforcement in schools is the best way to keep students and school employees safe.

The statement said, in part, “It is absolutely deranged and grotesque that this report is attempting to politicize the safety of our children.”

The state Department of Education (DOE) went on to write, “It is outrageous that the authors of this report are using Florida students as a political gambling chip. Frankly, this report is a reckless and thoughtless commentary that could endanger our students if locally elected officials were to mistake it for objective research.”

The DOE does not provide guidance on school policing or arresting students, leaving that to local school districts and law enforcement.

In Pinellas County, the school district has its own police force with Chief Luke Williams at the helm.

Williams told the I-Team he disagrees with the idea that a school resource officer’s job should be confined to protecting the perimeter of a school, and he says, there is more to an officer than providing school security.

“I think it’s equally important or more-so to make sure that the relationships and the interactions that we’re having with students are ones that we can be proud of,” Williams said. “I can tell you that the school resource officers and the deputies, when they respond to a school on a daily basis, they’re not going there with the intention of arresting any student.”

When asked if he thinks Florida should have a minimum age of arrest, Williams said, the decision to arrest should be made on a case-by-case basis.

“But I’m not an advocate of arresting small kids,” Williams said.

An I-Team review of state data on juvenile arrests found in the two most recent years of data available, no children under the age of 10 were arrested in Pinellas County.

The chief said he’d like to see more resources dedicated to social workers and mental health experts to augment police.

“There are social workers that are in our schools, and can respond to our schools, that can do a whole lot more than I can with a child in need,” Williams said.

“We should not be handcuffing children,” said Dr. LaDonna Butler, an early childhood mental health specialist and consultant at the University of South Florida.

Young children still have developing brains, she said, and how we treat kids leaves a lifelong impact.

“The earlier we start the process of detaining, restraining and arresting children, the more likely they will have these adverse encounters with our public safety officers,” Butler said. “We need our law enforcement officers able to focus on what’s most important and critical, instead of attending to tantrums in classrooms.”

Butler said law enforcement officers are not trained to be child development specialists.

“We cannot arrest our way out of a child development problem,” said Butler.

Below is the full statement from the Florida Department of Education in response to the ACLU’s report, “The Cost of School Policing”:

"The Florida Department of Education is incredibly appreciative of the many contributions law enforcement make to keep our school campuses safe and we completely disagree with the findings of this report. The presence of law enforcement in schools has been shown to be the #1 way to keep students and school employees safe. In addition, the presence of law enforcement in schools builds constructive connections between law enforcement and students, often bridging gaps in communities. Law enforcement often act as mentor-educators that offer encouragement, a helping hand and act as caring mentors while also ensuring safety. Often, their jobs are about forming bonds within a school community. It is absolutely deranged and grotesque that this report is attempting to politicize the safety of our children by misaligning school safety with a completely unrelated public dialogue. This “study” clearly has nothing to do with school safety, but rather politicizing the safety of Florida’s students. At the end of the day, our priority is and will remain the safety and security of our students and it is outrageous that the authors of this report are using Florida students as a political gambling chip. Frankly, this report is a reckless and thoughtless commentary that could endanger our students if locally elected officials were to mistake it for objective research."