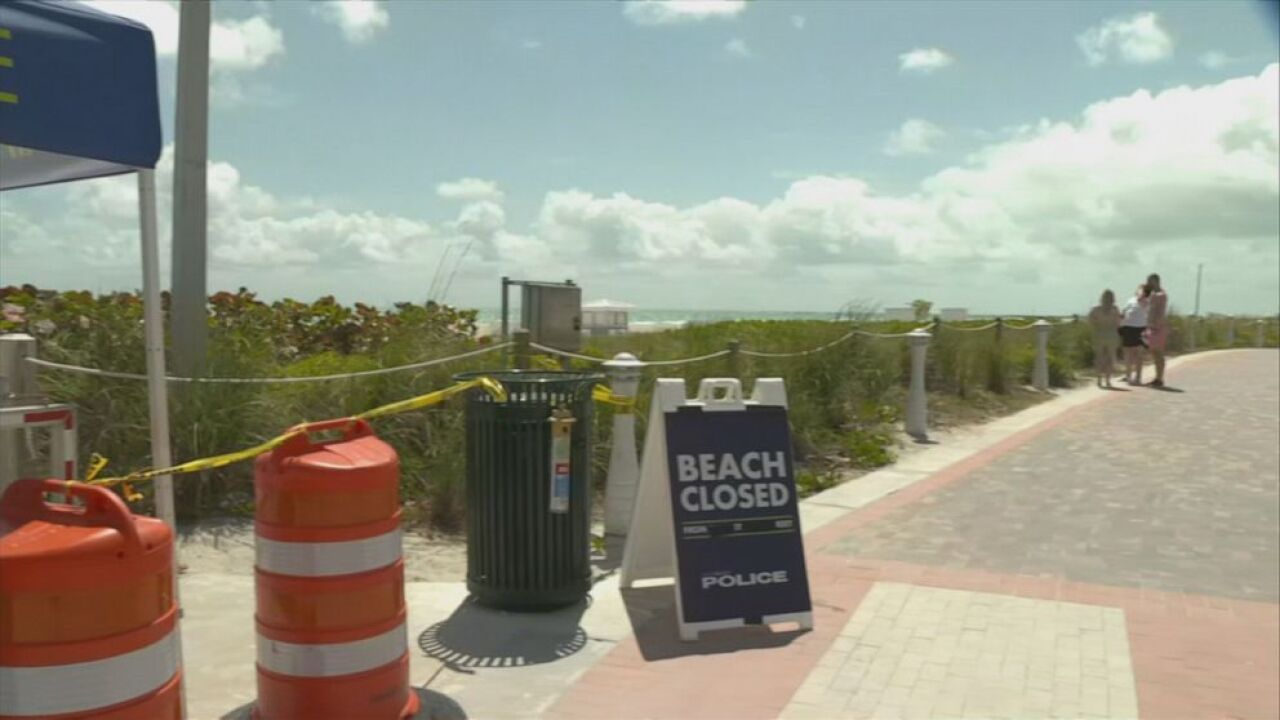 Scores of people across the United States are currently following the advice of public health officials, hunkering down in their homes in an effort to prevent the spread of the novel coronavirus through social distancing.

But even as more people have become ill, many college students on spring break vacation could be seen at popular beach destinations.

For Amy Driscoll, who has spent the last week quarantined as she recovers from the novel coronavirus, their decisions to follow through with their spring break plans were particularly "frustrating," she said.

"I have a large extended family and everybody is pulling in, hunkered down, holding on … trying not to get this, trying to make sure my parents don't get this, trying to make sure everyone that we love is safe," Driscoll, from Hudson, Ohio, told ABC News. "And then you see all these people out just partying and living life and carefree in a way that's irresponsible and not fair."

"You know, I don't think they realize how serious this can be," she continued. "It's brutal when you get it."

There are now more than 13,000 cases of the novel coronavirus, COVID-19, throughout all 50 states and at least 196 deaths, according to ABC News' count.

Although much of the focus has been on those who are most vulnerable, such as people with compromised immune systems and the elderly, new data from the Centers for Disease Control and Prevention suggests that people younger than 65 still face a high risk of infection.

To help prevent the spread of the virus, some cities, like San Francisco, have implemented shelter-in-place mandates, asking people to only leave their homes for food, medicine and other essential outings. Other places have been less strict, like closing schools, bars and restaurants, but not mandating that people stay home.

The differing response between states and cities has left the message unclear for some. Earlier this week, videos circulating on social media showing college students on spring break outside on crowded beaches and in bars and restaurants sparked backlash.

"If I get corona, I get corona. At the end of the day, I'm not gonna let it stop me from partying," said Brady Sluder, a spring breaker in Miami, in a video that's now gone viral. "You know … we've been waiting for Miami spring break for a while. About two months we had this trip planned."

Brianna Leeder, who was also on spring break in Miami, lamented in the same video that the novel coronavirus is "really messing up with my spring break."

"What is there to do here other than go to the bars and the beach? And they're closing all of it," Leeder said. "I think they're blowing it way out of proportion. I think it's doing way too much."

Dr. Jennifer Ashton, chief medical correspondent for ABC News, said that it's normal for college students to "feel invincible," but she said now is not the time to take the risk of becoming infected.

"We're in a national health emergency right now," Ashton said. "This is not business as usual, and I think it's been made crystal clear that to take these aggressive social distancing measures, they have to be done by everyone at the same time, not piecemeal, not staggered if they are to be effective. We do know that this is a very transmissible virus."

On Thursday evening, Miami Mayor Francis Suarez called on all Miamians to shelter in place as much as they could. His message came hours after Miami-Dade County Mayor Carlos Gimenez ordered the closing of all county beaches at 9 a.m. Thursday and signed an executive order closing all nonessential retail and commercial establishments starting at 9 p.m. Thursday.

"I urge you in the strongest terms to shelter in place to the extent and to avoid any and all unnecessary interactions with others," Francis said.

With beaches closed on Thursday morning, some spring breakers still walking the streets of Miami Beach acknowledged that, realistically, they could contract COVID-19 from being outside.

"Of course we're concerned about it," said Brandon Johnston, a senior at the University of Maryland who had traveled to Miami with six friends and is staying in an Airbnb with them about 35 minutes away in Fort Lauderdale, Florida.

"But we've all been together the whole week. So we're kind of self-quarantined anyway because we're all in the same house. We've all been in the same places, so I'm comfortable being around them," Johnston continued.

The group said that on Monday, some of them had been at a packed bar. Since then, however, they've taken on a new tone in terms of their approach to social distancing.

Nathan Lang, one of Johnston's friends and a junior at the University of Maryland, said he would be "very careful to stay away from all of our elders [and] family."

"We're not trying to see anyone that we haven't seen here," he said. "Like once we get back, we're not going to."

Ashton said that while these students' intentions to isolate themselves when they returned home were good, "the execution" is not based on the science and data "that we have now."

"The clock is ticking. … We don't have a week of time to play around," she said. "We want to take such aggressive steps that when we look back on this, we say we overreacted. We did too much. … In medicine, we always have to prepare for the worst and hope for the best, because what's at stake is people's health and people's lives."

"So the time to take aggressive steps is now," she continued. "We can always look back and say that wasn't necessary or we did too much. But we don't want to be in the other position of saying we should have done more."