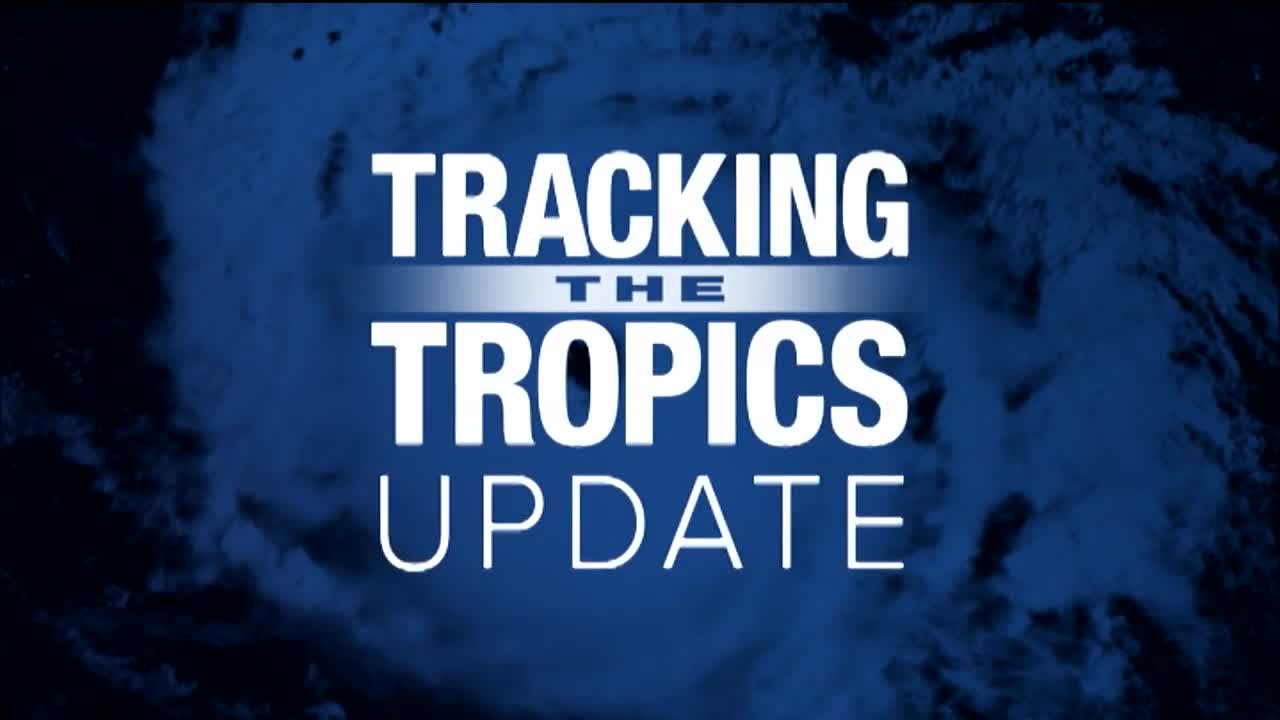 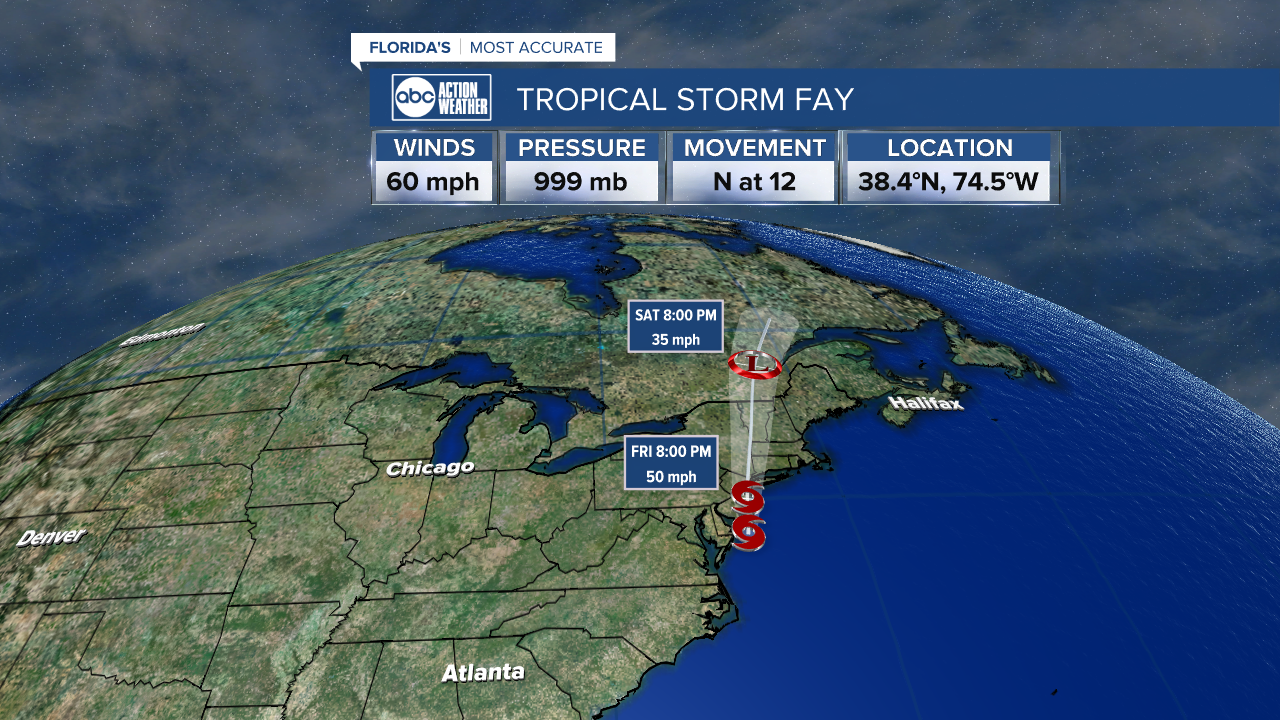 The National Hurricane Center (NHC) says Fay is expected to bring heavy rain and gusty winds to parts of the coast and Southern New England.

According to NHC's 11 a.m. update on Friday, Fay is packing 60 mph winds and is moving north at about 12 mph. Fay is 65 miles south-southeast of Cape May, New Jersey.

Fay should have no impact on Florida.

Tropical Storms Arthur, Bertha, Cristobal, Dolly and Edouard were the latest-named storms of 2020.