Seminole Heights Killer Case: Donaldson's ex-girlfriend says 'I think it's him' in videos 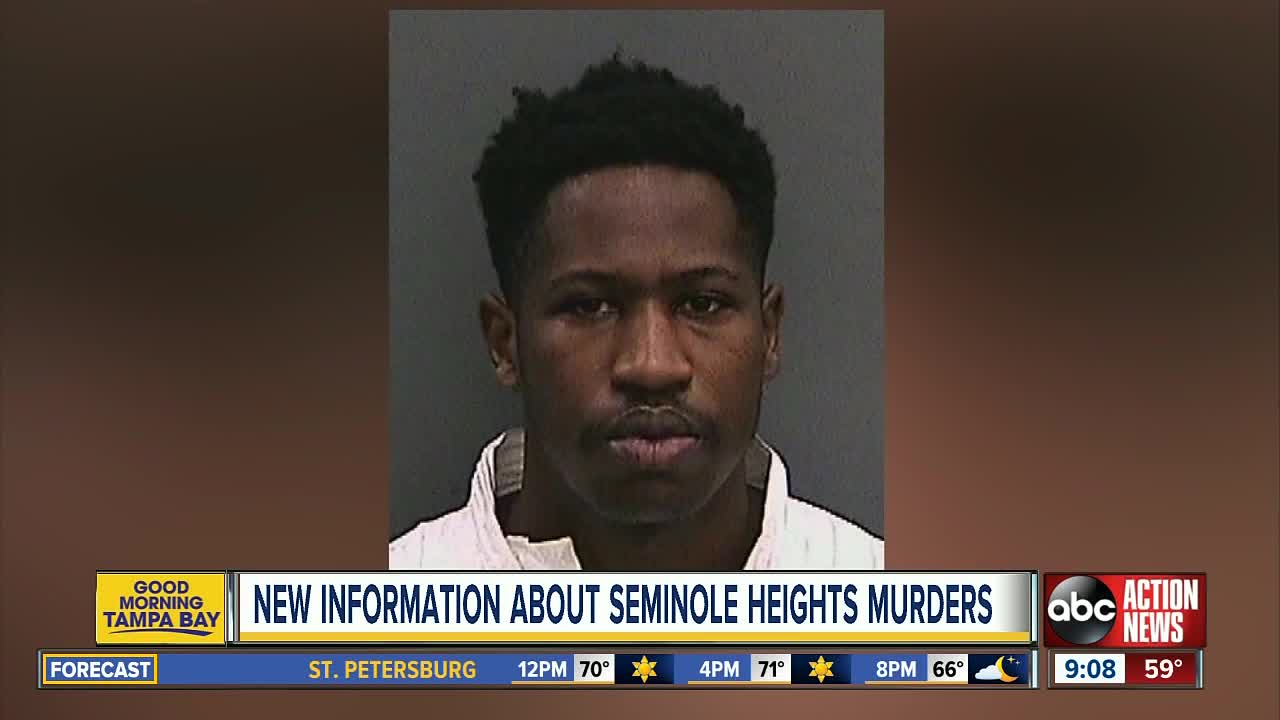 Audio interviews have been released in the Seminole Heights killer case and they are providing new details into who detectives chose to talk to hours after Howell Donaldson III was arrested in connection to the four murders that occurred over a six-week period in 2017. 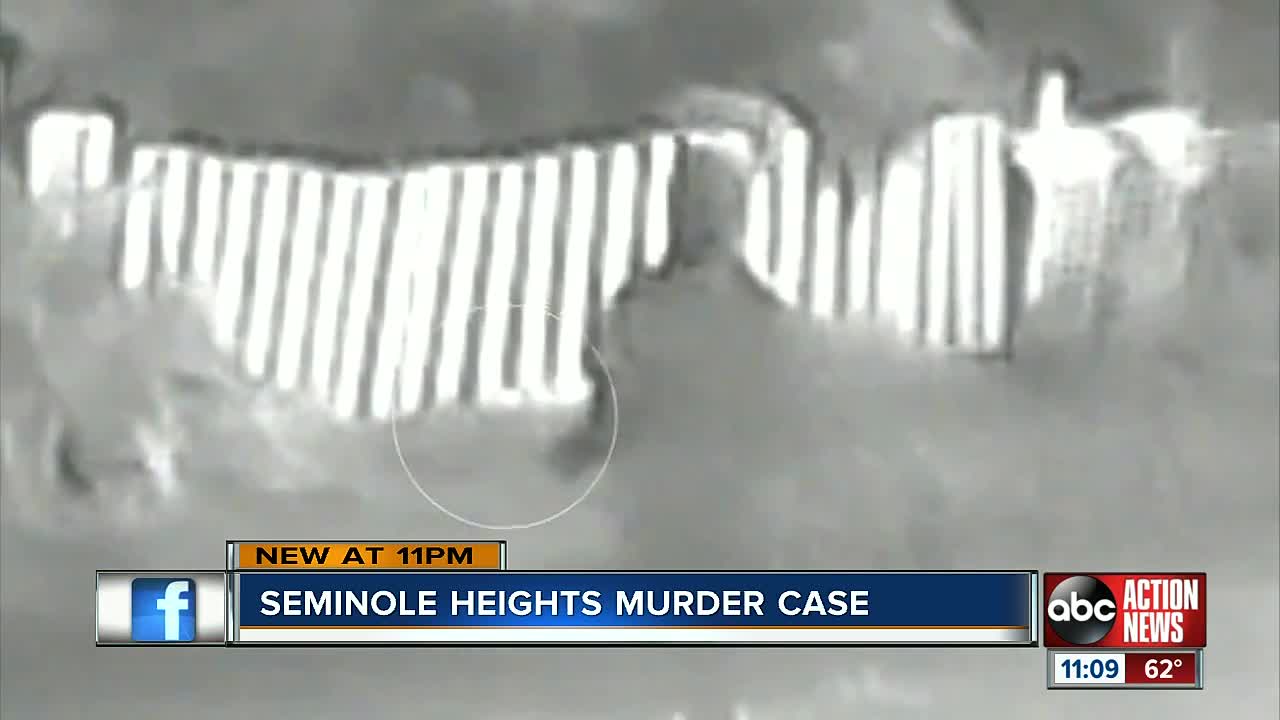 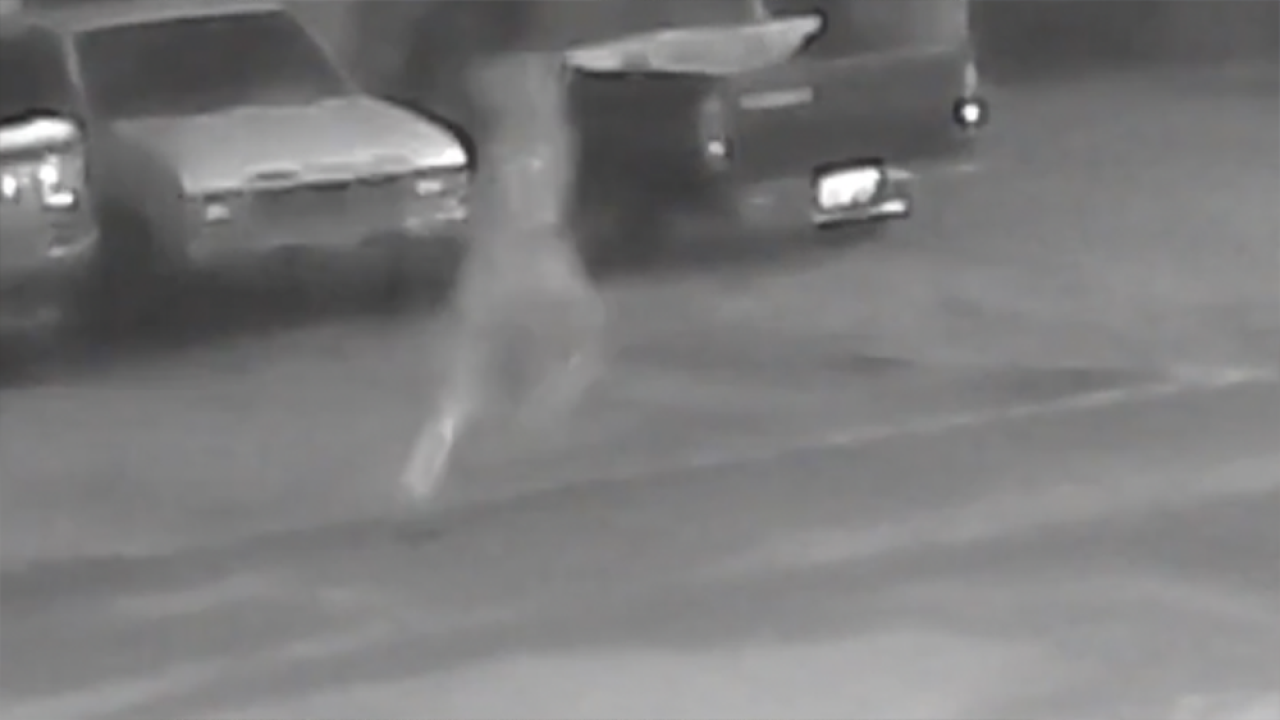 Investigators spoke to possible witnesses, friends, co-workers and even an "on-again off-again" girlfriend in the hours after Donaldson was arrested.

In the audio interview that occurred on November 29, 2017 with Donaldson's former girlfriend, detectives explain that the father of the 26-year-old woman reached out to Tampa Police after he heard that Howell Donaldson III was arrested the night before.

Donaldson was arrested on November 28, 2017 and is accused of killing Benjamin Mitchell, Monica Hoffa, Anthony Naiboa and Ronald Felton in the Seminole Heights neighborhood in 2017. He was indicted by a Grand Jury and charged with four counts of premeditated, first-degree murder. In January 2018, the Hillsborough State Attorney announced the State will seek the death penalty against Donaldson.

The following is a summary of the audio interview between detectives with the Tampa Police Department and the 26-year-old woman and her father:

Detectives explained that the woman knew Donaldson in high school and their relationship continued throughout their college years until approximately 2013. They kept in touch sporadically throughout the years through social media and text messages.

In August of 2017, Donaldson, whom she referred to as "Trai," reached out to the woman to tell her he lost his job and he was moving back to Tampa. She told detectives she didn't know why he chose to reach out to her because they hadn't spoken in some time. She said he had a very close group of friends who she assumed he would have talked to about something like this.

The woman told investigators that on November 11, Donaldson sent the woman a Snapchat message asking her for help and for him to call her. He called her via Snapchat from the LaQuinta hotel across from International Mall asking if he could come stay with her and spend the day with her because he didn't have anywhere to stay and he said he couldn't go home. She asked her mom if it was okay for him to come over and she said yes, so she gave Donaldson her address and he showed up in his red Mustang, wearing his McDonald's uniform. The woman told investigators she and her mother were both "shocked" to see "Trai" in a McDonald's uniform because they knew he had a degree and thought he would be doing something else for work.

She told investigators "Trai is not good at communicating and doesn't open up at all."

When her mom asked him about the McDonald's job he told them he was "going through some stuff right now" and he was trying to get his "feet on the ground" and "trying to get settled."

Donaldson stayed the night and the woman went about her normal routine while he stayed at the house. He asked the woman's mother if he could stay through the 13th and she said yes.

The woman told investigators all of his belongings were in white trash bags and he had about ten plastic garbage bags in the room he was staying in and it looked like clothing inside of the bags.

On the morning of November 13, the woman and her mother woke up to a letter from Donaldson and he had left with all of his items. In the note, he thanked them for letting him stay at their home and asked to stay two more nights, asking her to Snapchat him if it was okay for him to stay. She figured he took his stuff with him in preparation of them telling him that they could not stay with them for two more days. The mom told her daughter he could stay with them for just two more days, the woman told investigators.

The woman told detectives she and her mother thought Donaldson was possibly having family issues so that's why they let him stay with them.

The woman told detectives friends of "Trai" and his cousin and his sister started reaching out to her asking where Donaldson was and if she had seen him. Donaldson's sister was looking for him because she just had her baby boy and he hadn't come to see her since the birth, according to the woman. The woman told Donaldson to reach out to her friends and family because they were contacting her. He told her "I don't need them knowing where I'm at," and asked her not to respond to them. The woman responded to Donaldson's sister and said "Hey, Congratulations, Trai is okay, he's with me, I told him that he needs to call you." His sister responded "Thank you so much, yes I feel so sad that I haven't heard or seen from him, he hasn't called me or seen his nephew, I'm worried about him and so are my parents, if you can call me, I'm still in the hospital I just want to talk to you from one big sister to another, me and him are close but don't let him know you spoke to me and I will never let him know that you told me where he was." The woman called his sister on the way home from work that day and she told investigators it seemed as though no one knew what was going on.

The woman said she urged "Trai" to talk to his sister and see the baby. He told her he wasn't "ready to go back there yet" and he "just couldn't be in that environment."

At approximately 8:30 p.m. on Monday, November 13, Donaldson went to bed "early," according to the woman. The woman says she remembers hearing the dog barking in the middle of the night, but she wasn't sure of the time and that she assumed Donaldson left the house. At some point throughout the night, the woman's mother found the door to the home unlocked after hearing the dog barking, so she locked it and went back to bed. Early the next morning, the doorbell rang and it was Donaldson returning to the home. The woman said she remembers hearing the doorbell ring in the 5 o'clock hour on the morning of the 14th because she saw the 5 on her alarm clock when she briefly woke up. The woman woke up to find two missed Snapchat calls from Donaldson just after 5 a.m., then she overheard her mom letting him in the house, and she went back to sleep.

Ronald Felton, the fourth victim of the Seminole Heights killer, was shot and killed at approximately 4:50 a.m. while he was crossing the street in the area of North Nebraska Avenue.

When the woman woke up a few hours later, she started getting ready for work and went to talk to Donaldson. She asked him where he was the night before. He told her he thought he had to work and he went in to work to check his schedule.

During the interview, she told detectives she noticed something different about Donaldson over the entire weekend leading up to him leaving the house on Thursday, November 16.

The woman went to work that day and she assumed he went to work as well. The woman's mother told Donaldson he had to be out of the house by Thursday after he woke her up early Tuesday morning by leaving in the middle of the night and coming back and ringing the doorbell. Donaldson stayed at the house until Thursday, November 16. He left the home at the same time the woman did on the morning of Thursday, November 16. Two days later she followed up with him and he said he was staying with friends.

The woman didn't hear from Donaldson after the 18th but noticed Donaldson posted a Snapchat video story of him with family on Thanksgiving. She said that's the last communication or social media activity she saw from Donaldson.

Investigators asked the woman if she was aware of the situation in Seminole Heights over the last month and a half and she said "yeah." They asked her she had she seen the surveillance video of a man seen walking and running in the area of the murders before the day of the arrest and she said no. Then they asked "As you sit here today, have you seen the video?" she said "yes" and then they asked "and what are your thoughts? She said "I think it's him."

They asked if she would have thought it was him if she saw the video two weeks before he had been arrested, before she thought he could have been involved, and she said "it's so hard to tell..." Investigators asked if "in hindsight, you say yeah, I can see where it might resemble him." She told them the video makes her sick. She told detectives she saw the video of the man walking and flipping a phone as well.

The interview focused back on the moment she found out Donaldson was arrested. She told detectives that the next time she heard anything about him, she received multiple calls and a text from a friend of Donaldson who was attempting to call her the day Donaldson was arrested. She called the friend back after receiving three missed calls from the friend. He asked her if she had seen the news and he told her that Donaldson had been arrested in the Seminole Heights case. The woman rushed home and found her mother watching the news. Her mother told her she was so upset Donaldson put them her daughter in that situation. The woman said her first reaction was "there's no way... it will all sort out." The woman told investigators she went on the internet, she said oh my god when she saw the video of the walk and then saw his car on TV as well.

She called Donaldson's sister to see what was going on and the sister told her something about Donaldson flying to New York and then his mother buying him a plane ticket to come back from New York. The sister said she would call the woman back after calling her parents and she never called the woman back.

Detectives asked her if she knew of any history with firearms and asked about his tattoos.

She told detectives she never knew him as a "gun guy" and that his interests were "all sports."

Detectives asked if anyone in his family had a connection to firearms and she said no and when asked if he was a religious person, she said yes.

The nearly 80-minute interview concluded with investigators asking the woman to reach out to them if she thought of anything else that could help them with their case.