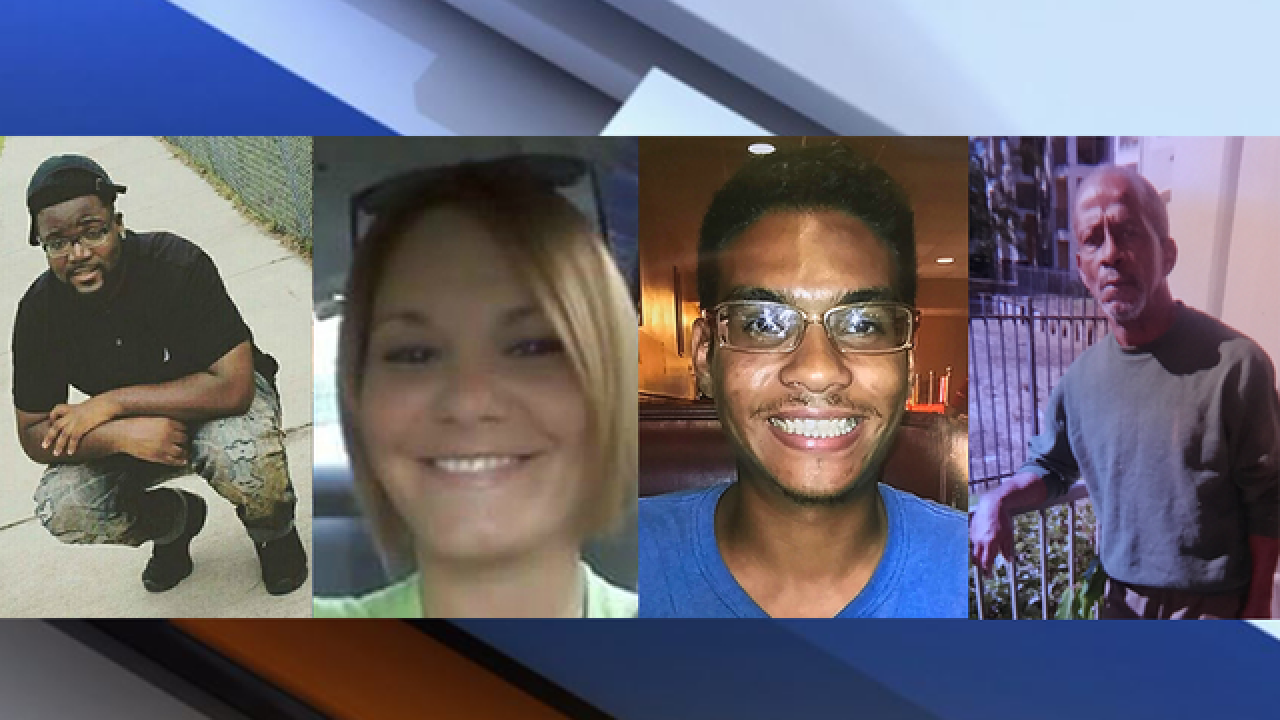 SEMINOLE HEIGHTS, Fla. — They can be seen all over Seminole Heights.

"If you notice all these little ribbons tied up," said Gerald Johnson, pointing to the trees and light posts.

The teddy bears attached to bus stop poles. The candles. The pictures still sitting along the road.

They are small tokens to remember the victims of the serial killer that haunted this Tampa neighborhood hood for weeks.

Benjamin Mitchell, Monica Hoffa, Anthony Naiboa and Ronald Felton were murdered over a span of six weeks in the Tampa neighborhood of Seminole Heights.

Months after police arrested the suspect, the memorials are now tattered by wind, rain and the sun.

"I didn’t know any of them, the people shot, but I feel for them and their families and those are the ones that have to carry on," said Johnson. "But they never forget so we shouldn’t forget."

It is why some neighbors are saddened to see a banner with the victims' faces and messages taken off the wall of a vacant building on the corner of East Osborne and North Nebraska Avenue.

The owner, David Lee, poured his heart into getting it made quickly.

"The idea was born while traveling and feeling a bit helpless so I wanted to come up with something that I could contribute," Lee said.

Lee spent days researching the victims, making sure the final product would help friends and family remember and honor their loved ones.

"I knew I wanted the tributes to flow, thus the flowing lines connecting each panel and of course needed images and then some text," Lee said. "I sat for 2 or 3 nights looking at the news articles and then the Facebook pages and it was pretty heartbreaking looking through the comments and all the outpouring of support but that's what I wanted to generally capture."

The banner was not made to stay up forever and already started to get damaged by harsh weather.

"We already had some runs from early rains which prompted us to find use duct tape to seal the top so water wouldn't flow between the panels and the plexiglass," said Lee.  "It was discussed on the main Seminole Heights Facebook page with myself even posting earlier that week that I would be removing them so if you wanted to take a last look, better not delay."

"I thought it was really nice that it was there, I feel like we needed something, people needed something in the neighborhood so that maybe the victims friends and families knew that we were all thinking about them," said Lindsay Ingraham, a neighbor who lives down the street.

Ingraham would like to see something more permanent, possibly a plaque with the victims names and faces.

The Southeast Seminole Heights Civic Association has begun to come up with ideas, too. They are also talking with neighbors at association meetings.

"Maybe something put over at Giddens park," Johnson suggested. "There’s a lot of people that go over there."

Lee says even though the panels were taken down, they are being stored safely while he figures out what to do with them. He says getting input from the victims' family members is part of the process, too.