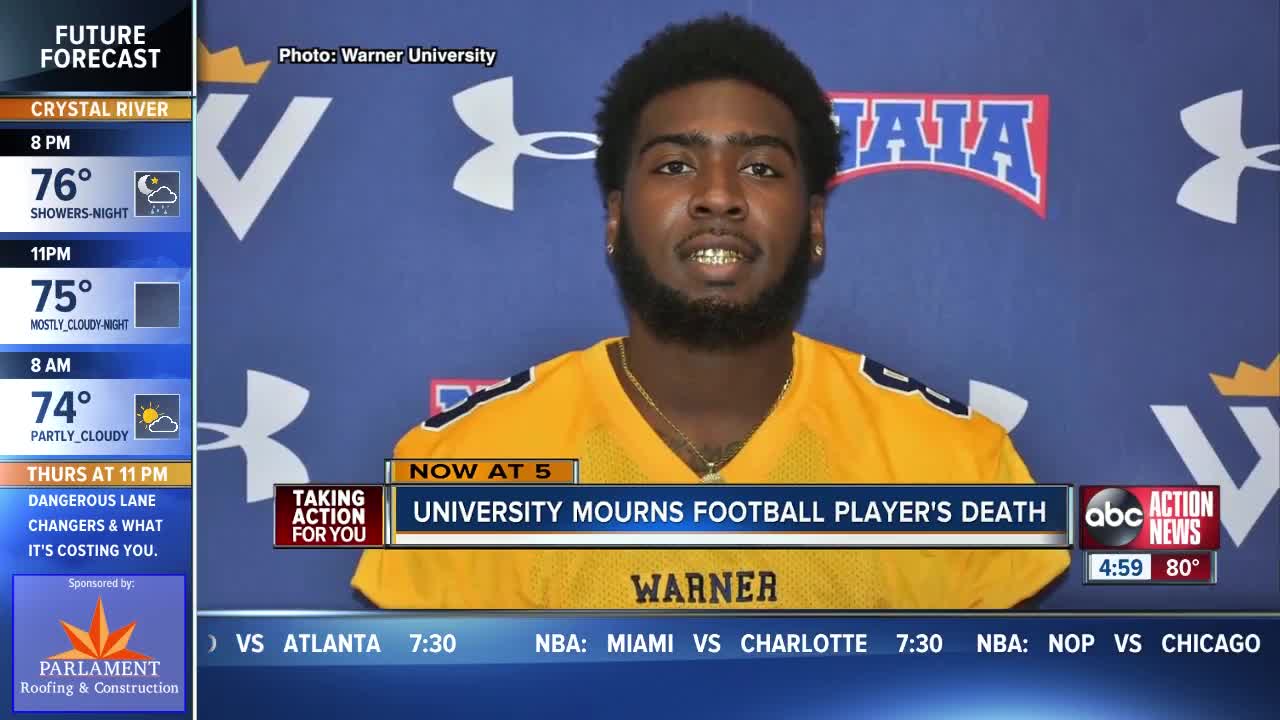 A football player at Warner University in Polk County died after collapsing at practice Tuesday. 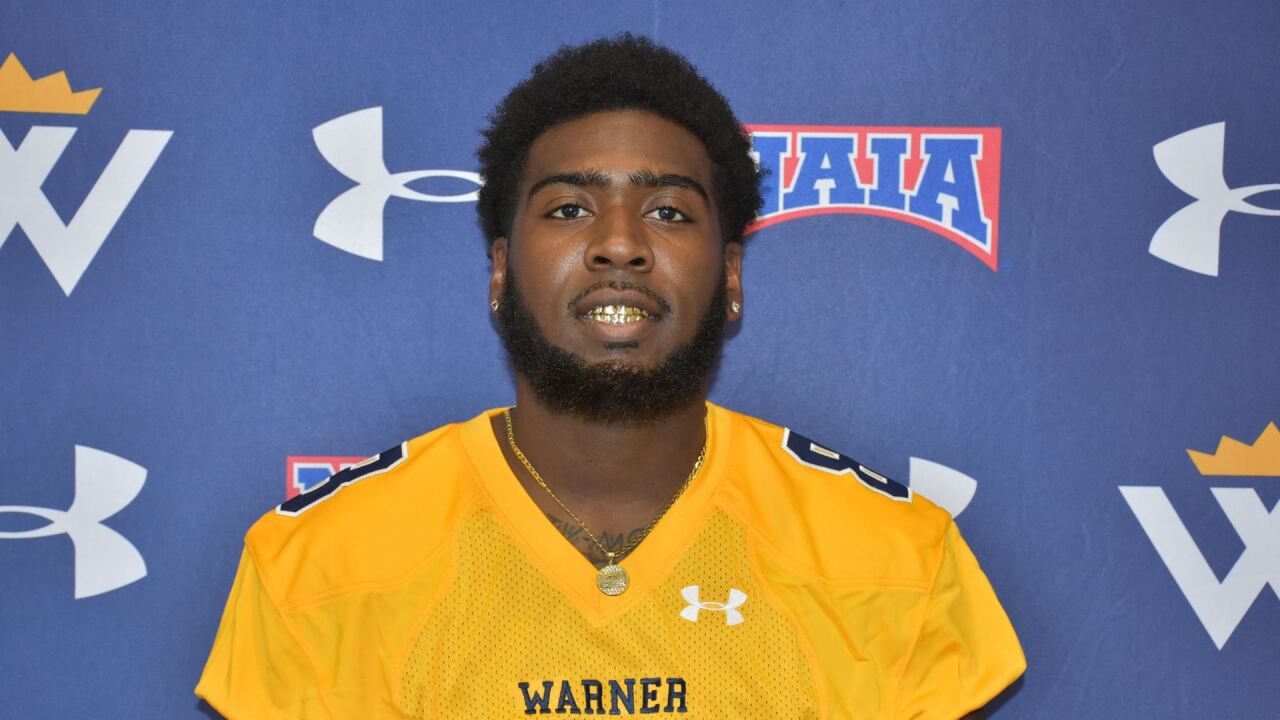 A football player at Warner University in Polk County died after collapsing at practice Tuesday.

The university sent out a press release saying that Theodore "Boobie" Hammonds collapsed after a non-contact football drill at practice.

"He had just done a route it was an excellent one they had just threw him the ball. He made it look easy and then Theo went to the sideline after he completed his route and then he collapsed. We had a certified athletic trainer right there on the spot, they began working on him right away," said the school's president, Dr. David Hoag.

The school says members of the athletic training staff were on hand and immediately provided emergency care.

Polk EMS responded and took Theo to Lake Wales Medical Center, but he was unable to recover and passed away at the hospital.

Wednesday, teammates, students and staff remembered the 23-year old wide receiver, wearing yellow ribbons on their shirts to honor him.

"He came to work, got his work done, great attitude always had a smile on his face never anything wrong, whenever he walked into a room just light up the room , his vibrance of him his personality is just ridiculous," said teammate Jonas Small.

They remembered his smile, his role as someone to look up to and his passion for football.

"I think his joy, his enthusiasm, his love for life his love for the game of football he spoke life into people and that’s what we want to do here," said the team's head coach, Kirk Talley.

Talley said they planned to honor Hammonds at a future game.

Warner University released the following statement on the incident:

Warner University places the highest priority on the health and safety of its students and student athletes. Certified athletic trainers were on hand at the time that the athlete collapsed and provided immediate emergency care. The cause of Theo's collapse and ultimate death are not currently known, and it would be inappropriate to speculate regarding the cause of death at this time.

On behalf of Warner University and our faculty, staff, coaches and trainers, we offer our deepest sympathies and heartfelt prayers to Theo's family, friends and teammates in this difficult and uncertain time. We are devastated by his passing. We have made a Warner University Care Team available to provide compassion, support and counseling to members of our community. We know that our students, coaches and staff are in the hearts, prayers and minds of this community, and we thank you for your continued love and support.

The cause of Hammonds' death is unknown at this time.