RECOMMENDED: A look back at some of our favorite Grady Judd moments from 2017

While being transported to the Polk County Jail, Wike told a deputy he personally knew Judd and not only went hunting with him regularly, but also donated all the gas to his annual Jeepin' with Judd charity event, according to an arrest report.

The report goes on to say that Wike said, "the next time Grady and I are in the stands, I'm going to shoot him."

After placing Wike into a holding cell, the deputy asked him about his statement.

"No, you misunderstood it," Wike told the deputy. "He's a great guy, I wouldn't shoot him. We are buddies."

Later, a different deputy questioned Wike about whether he remembered making the statement. Wike told the deputy he had alcohol in him, but even drunk he "would have a hard time believing he had made such statements."

The deputy added that Wike stated he "respects Sheriff Judd" and denied ever hunting with him.

According to the arrest report, Mike was initially arrested after he threw a lamp at his wife, causing a cut to her inner right arm, during an argument over his daughter dating an African American man.

Wike was charged with threat of death to a public official and domestic aggravated battery with a deadly weapon. 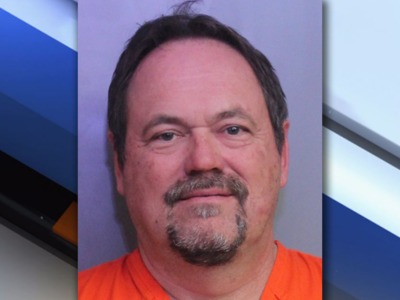