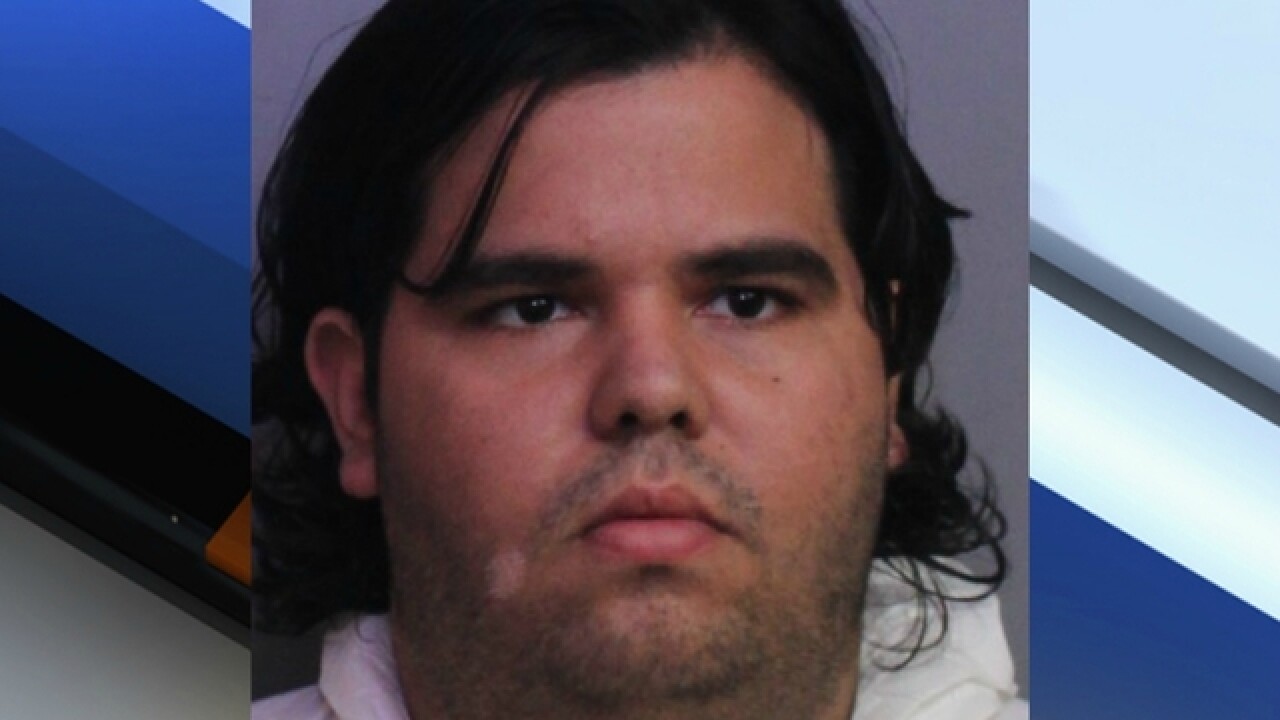 POLK COUNTY, Fla. -- A Miami man has been arrested after he reportedly traveled to Polk County to kidnap and sexually batter a young girl whom he met online.

Jonathan Diaz Fundora, 23, was arrested by Polk County Sheriff's Office on Tuesday evening. He was booked into the Polk County Jail on Wednesday afternoon and has been charged with the following:

Sheriff Grady Judd  says Fundora is a manager at a Burger King in Miami and has been grooming a child for approximately 6 weeks. Fundora reportedly arrived in Lakeland and made arrangement to pick up the child at the end of her street. He then took her to a Motel 6 where he had games and gaming stations for them to play. The girl's parents came home and noticed she was missing and called the police. It took deputies 35 minutes for deputies to locate her after the call came in. Deputies found a note on the bed at her house that read "I've gone to be with a friend to help her out. She needs help and I'll be gone 2 to 3 days."

Deputies investigated her devices which led them to the motel. Fundora opened the door wearing his underwear and deputies found the child hiding in the bathroom wearing a dog collar and a t-shirt. She also had a lanyard with a pacifier around her neck. Deputies say the child had been sexually battered.

Deputies interviewed Fundora who told them he thought the child was 14 or 15, however, her birthdate was his password.

The victim is currently receiving counseling.

Sheriff Grady Judd says it was very surprising to deputies when the interviews were complete, the suspect asked for a ride back to his car. "He has no idea the gravity of this situation," said Sheriff Grady Judd.

“It’s preventable,” Dr. Tracy Bennett said.  Bennett is a clinical psychologist that started the website, Getkidsinternetsafe. Bennett said the average age that a child gets a smartphone is now just 8-years-old.

“Predators are very, very sophisticated,” Bennett said.  “I think parents are really confused because they want to not invade their kid’s privacy.  But, as soon as they are online they need to have monitoring and filtering like full monitoring.  The parents need to know who they are talking to what platforms they are on.”

And when it comes to talking to children or teens Bennett said “a one-time discussion isn’t enough.  It’s important to teach kids about Internet dangers, how to trust their gut and recognize red flags, and how to assert themselves and seek help when they need it.”

And parents need to take the lead on monitoring social media, especially text messages, “don’t fall for but everyone has a smartphone, Facebook, Snapchat… stay tough.”