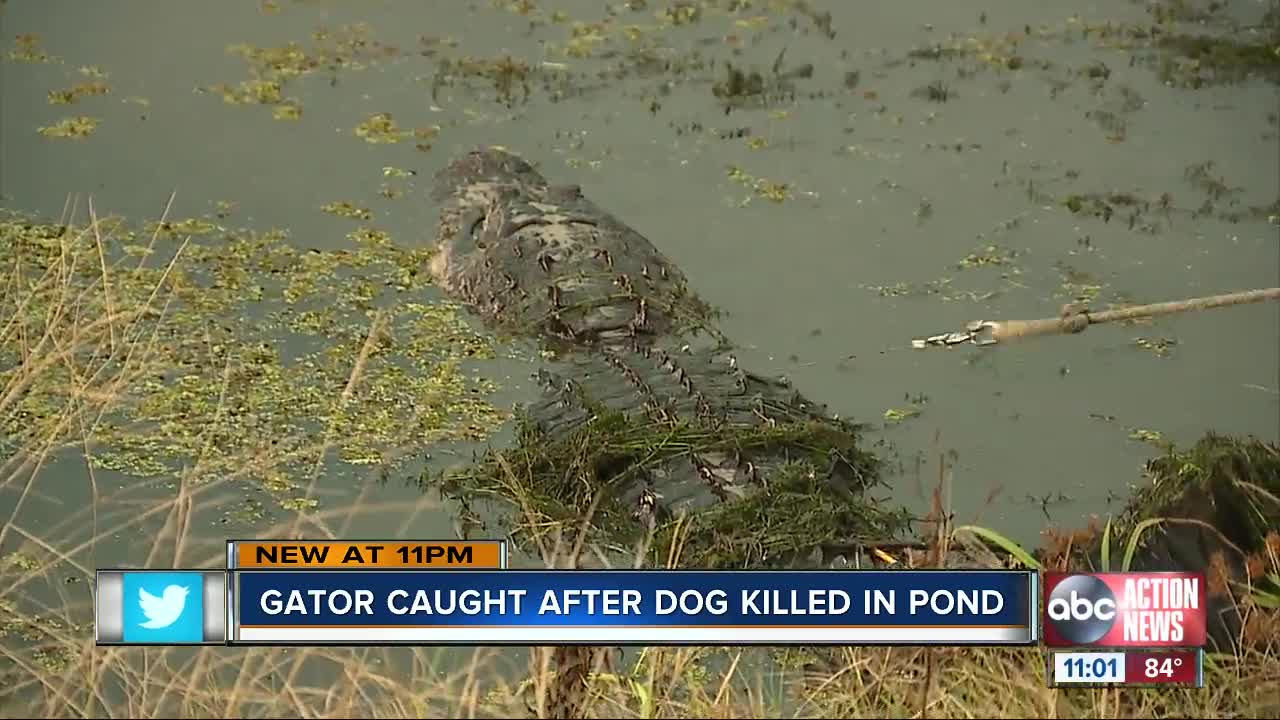 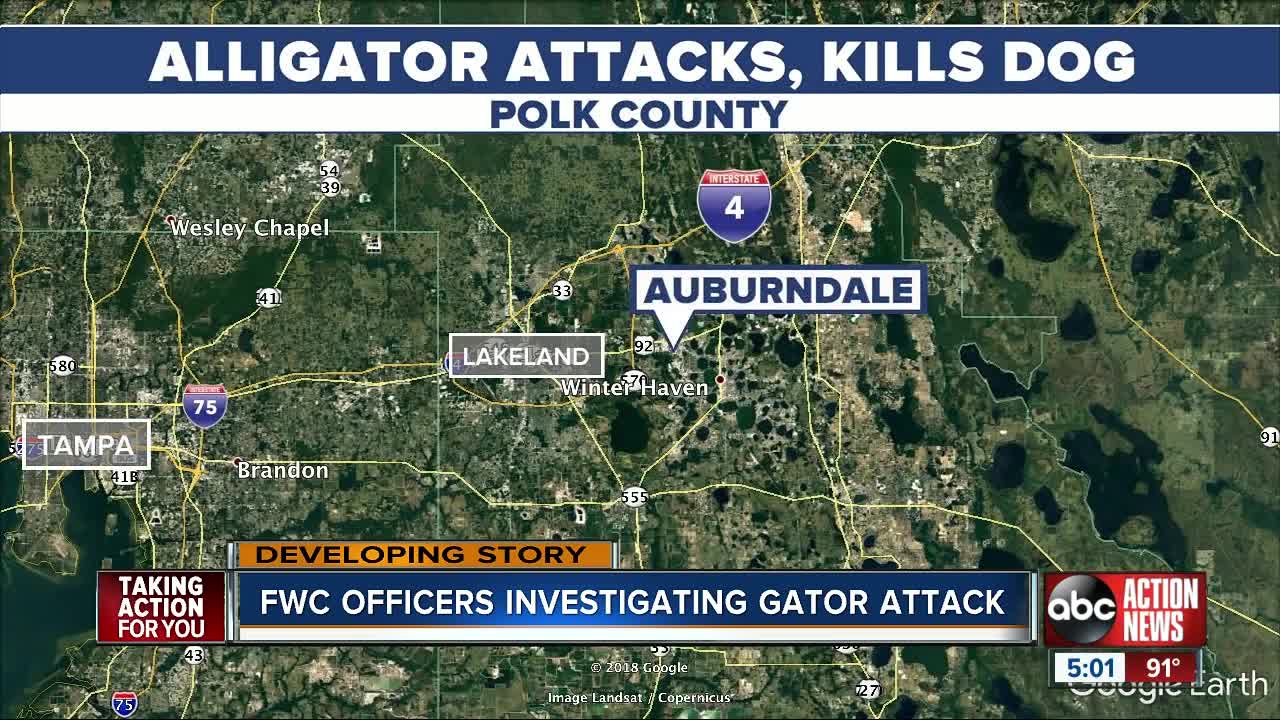 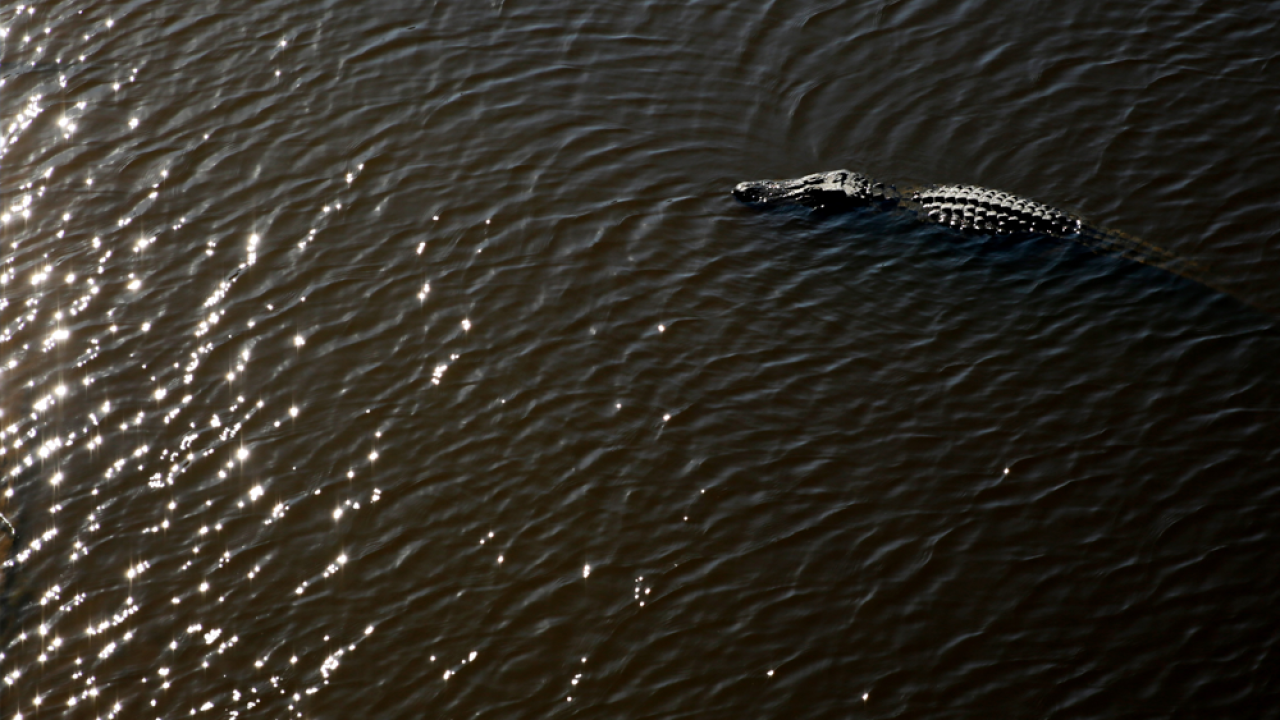 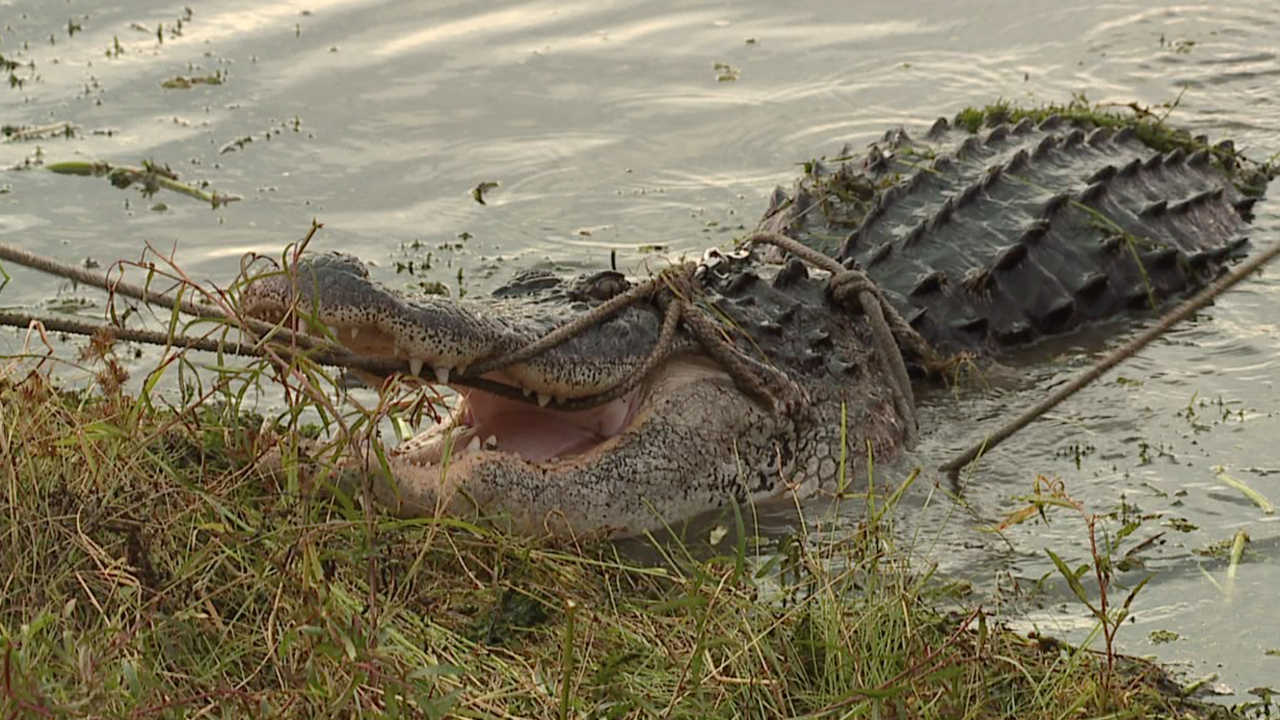 AUBURNDALE, Fla. — A family pet is dead after it was attacked by an alligator on Thursday, according to the Florida Fish and Wildlife Conservation Commission.

FWC says the dog, "Tank," was taken into a retention pond by the alligator. The pond is located near Lake Mariana in Auburndale.

Just before sunset, trappers returned to the pond and removed an 11' 3" inch alligator. It took the two certified FWC trappers about 30 minutes to lure, hook and pull the gator out. They believe the gator they captured is the same one that attacked the dog.

The dog's owner was too distraught to talk to ABC Action News, but a long-time friend and next-door neighbor said the attack was terrifying.

"When she reached down to pick up his leash the gator came up from under the grass grabbed tank by the snout drug him in the water," Karen Reynolds said. "She got in, and the gator had took Tank out further. She said he rolled Tank, Tank came back up and looked at her made a sound like a yelp, and that gator took off under the ground with him."

Reynolds said Tank's owner even tried to jump in after the 6-year-old dog.

"I told her, I said 'that dog saved your life' cause it could've been her, cause no one was there but her and her dog," Reynolds said. "I'm devastated. I loved that dog. She is devastated; she is heartbroken that was her only baby. All I could do is grab her and hug her and cry."

Trappers will euthanize the gator and harvest the meat and skin.

They are working directly with the Polk County Parks and Natural Resources Division in this investigation.

"We are saddened to hear about the loss of a beloved family pet," FWC says.

If you come across an alligator you believe poses a threat, call the Nuisance Alligator Hotline at 866-392-4286. However, FWC says serious injuries cause by alligators are rare in Florida.

Dogs and cats are similar in size to the natural prey of alligators. Don’t allow pets to swim, exercise or drink in or near waters that may contain alligators. Dogs often attract an alligator’s interest, so do not swim with your dog.