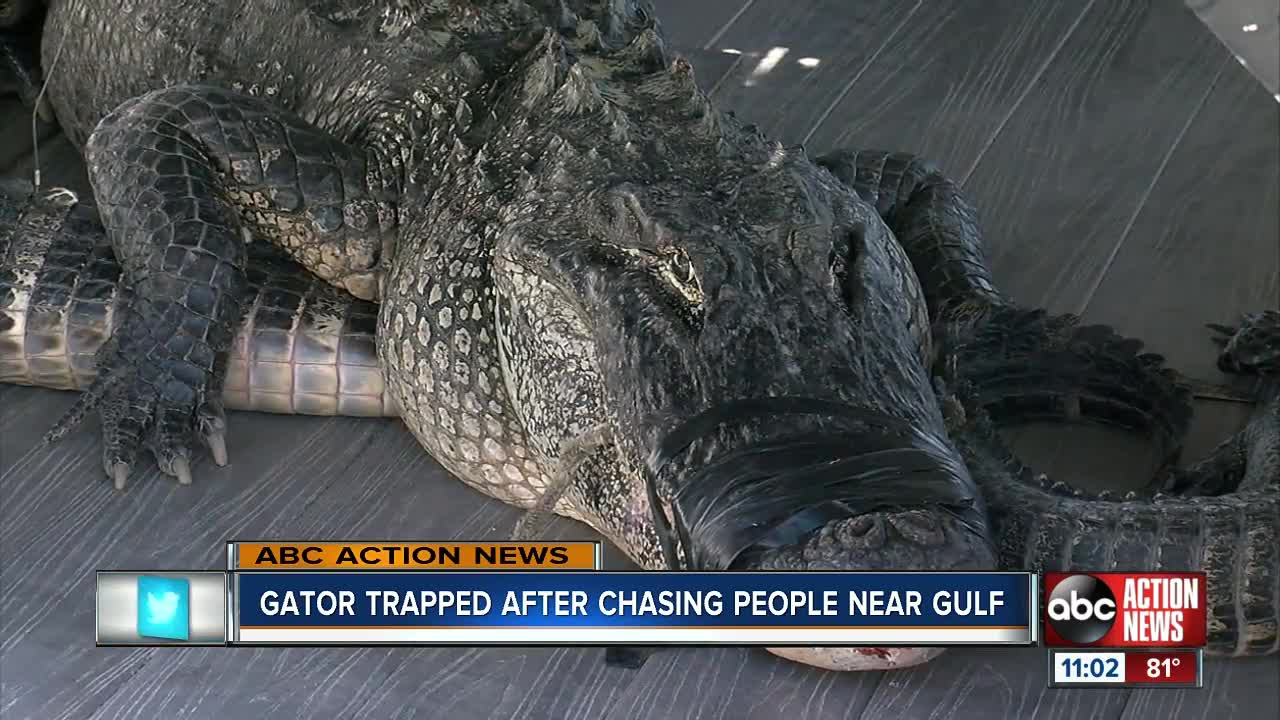 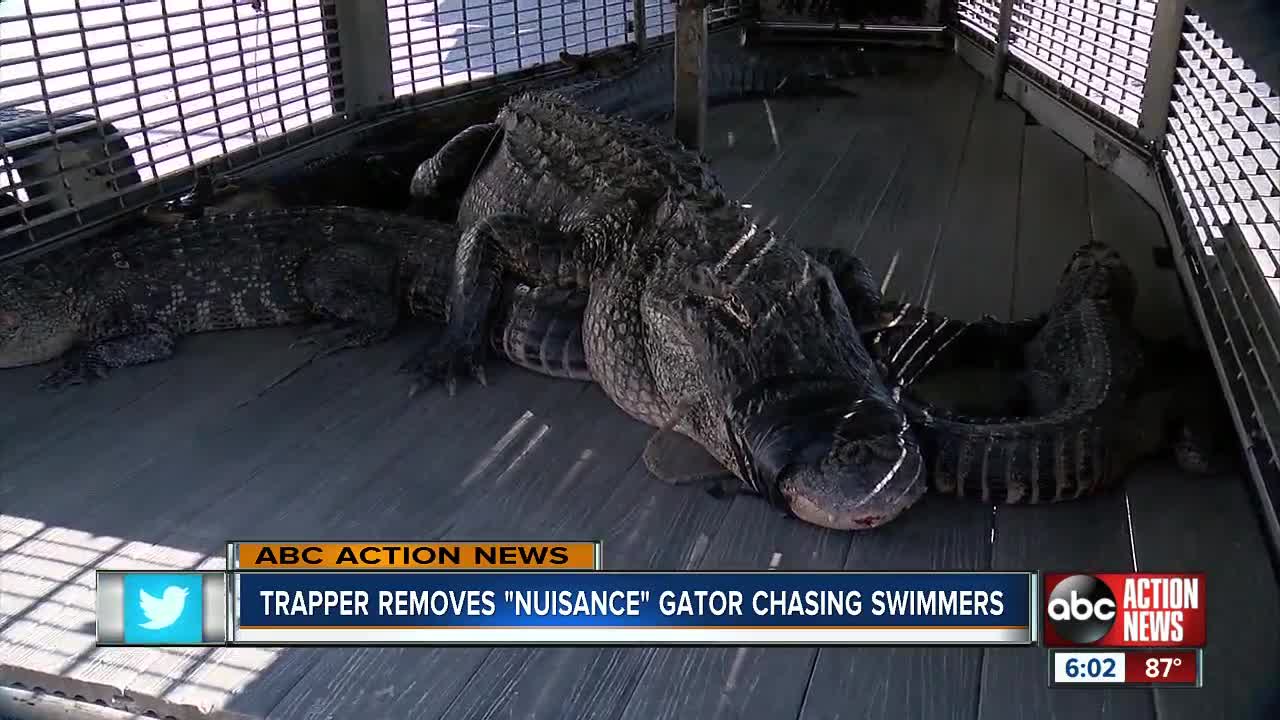 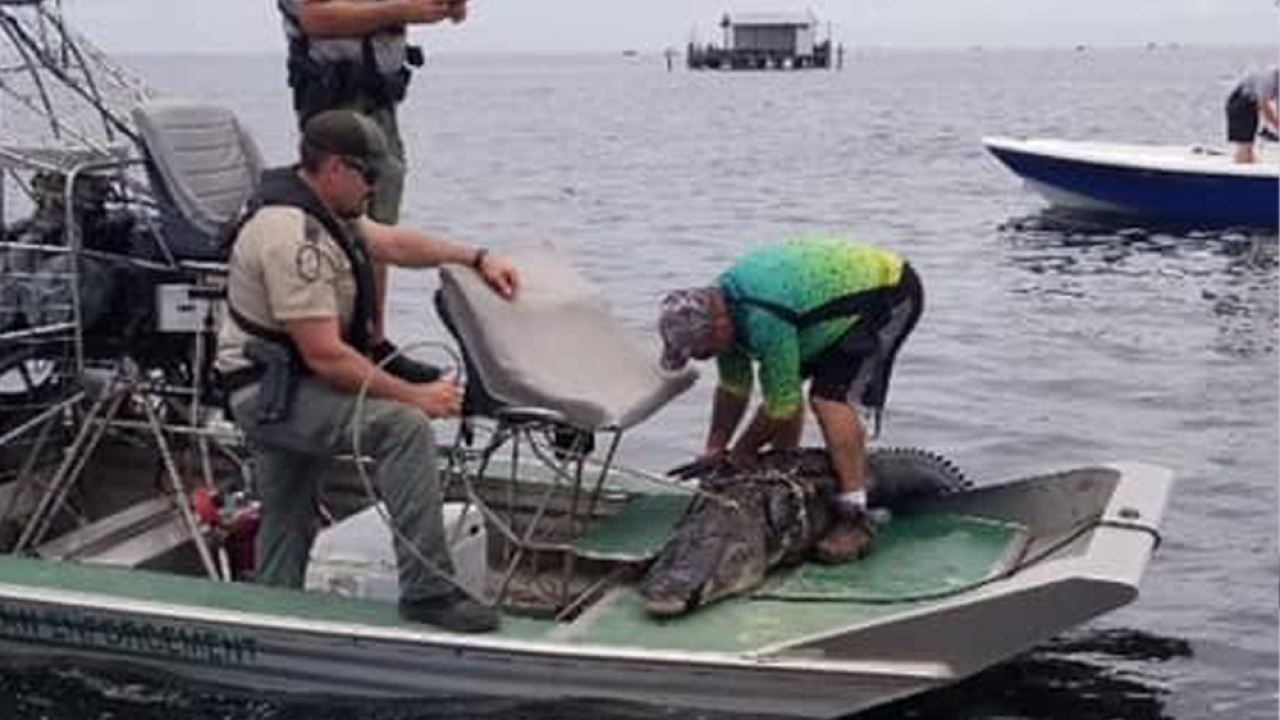 PASCO COUNTY, Fla. — A 10 foot alligator that was chasing people in the water was captured on Saturday, the Pasco County Sheriff's Office says.

RECOMMENDED: Your guide to living with alligators in Florida

The sheriff's office says the gator was chasing people in the Pithlachascotee River, near Durney Key. It's a spot where people swim and scallop.

The Florida Fish and Wildlife Conservation Commission, a PSCO marine unit and a nuisance alligator trapper worked together to capture the gator.

"The water was pretty shallow so we were able to follow it with the boat," said alligator trapper Rick Vetter.

He estimates he's caught thousands of them over his career. This week alone, he said he's gotten them off a tennis court and porch.

"It's unusual that’s the first one I’ve ever caught out in the gulf," Vetter said.

"Alligators occur in all 67 counties, inhabiting all wetlands where they can be supported. They prefer freshwater lakes and slow-moving rivers and their associated wetlands, but they also can be found in brackish water habitats and in saltwater for short periods of time. Anywhere there is standing water, an alligator might be found," an FWC spokesperson said in a statement.

No one was injured by the gator, which was taken to a safe location by the trapper. FWC said the alligator will be harvested for its meat and hide.

RELATED: Scallop season is back in Pasco County

This is the second year scalloping season has returned to Pasco County since 1994.

Deputies remind people on the water to be aware of their surroundings and if they're diving, to have someone acting as a spotter on the surface.

Despite the discovery, people still enjoyed the water Saturday evening.

"You're in their territory if you aren’t prepared for it don’t be out there," said Cory Holton, coming in from scalloping.

"We’re still gonna go we’re gonna cross our fingers and I think everything’s going to be just fine," said Vanessa Fox before heading out on a boat with her family.

Those with concerns about about an alligator can call FWC's toll-free Nuisance Alligator HOtline at 866-FWC-GATOR (866-392-4286).