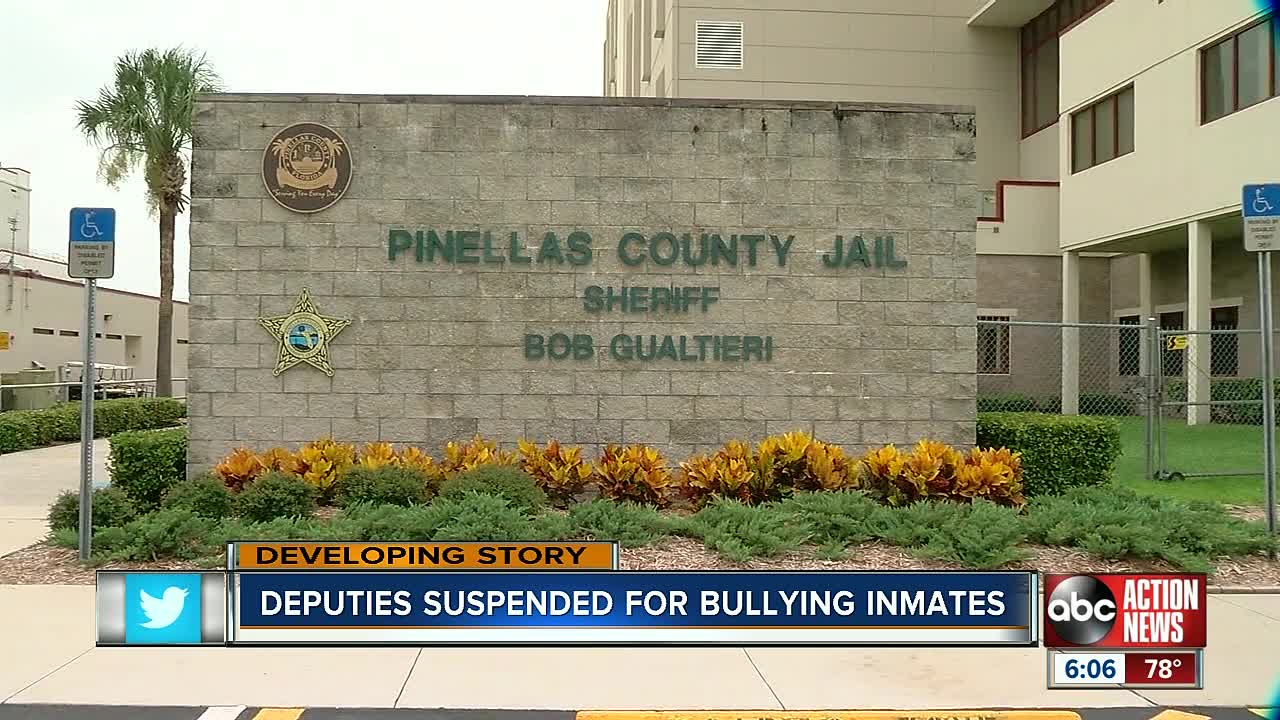 At least two deputies have been suspended after a seven month-long internal investigation found they hazed inmates during a January 13 incident. 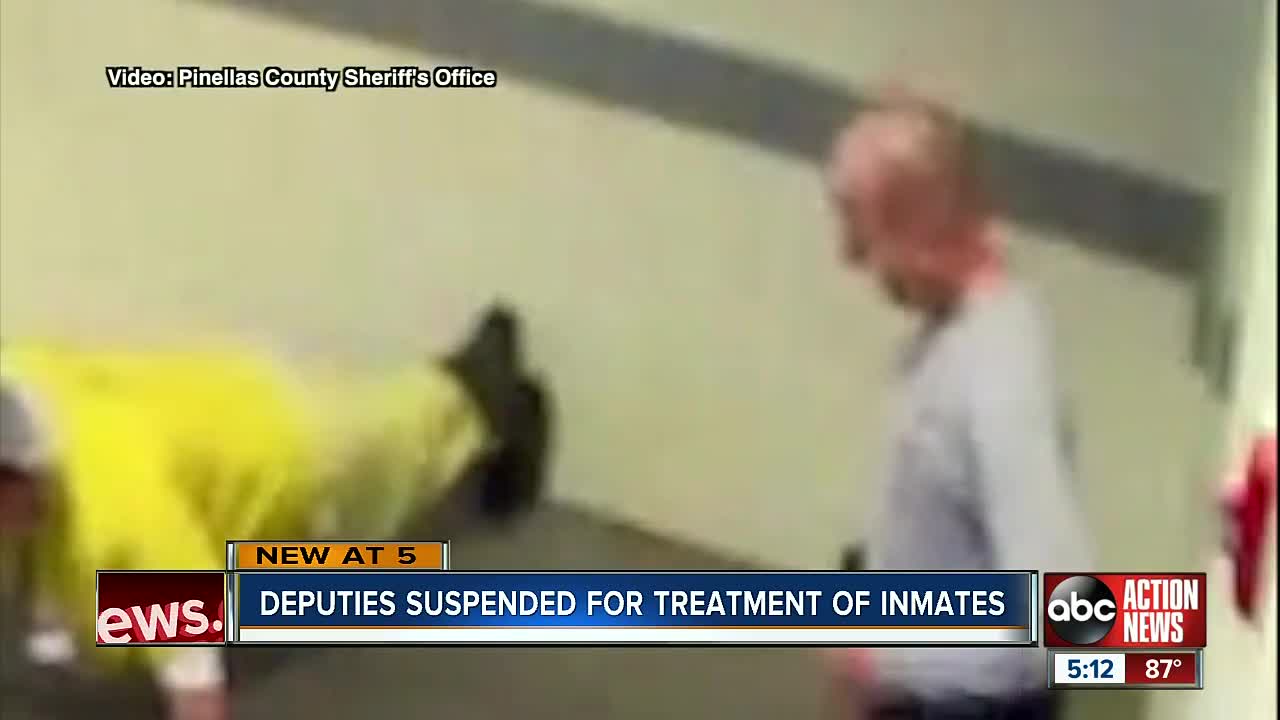 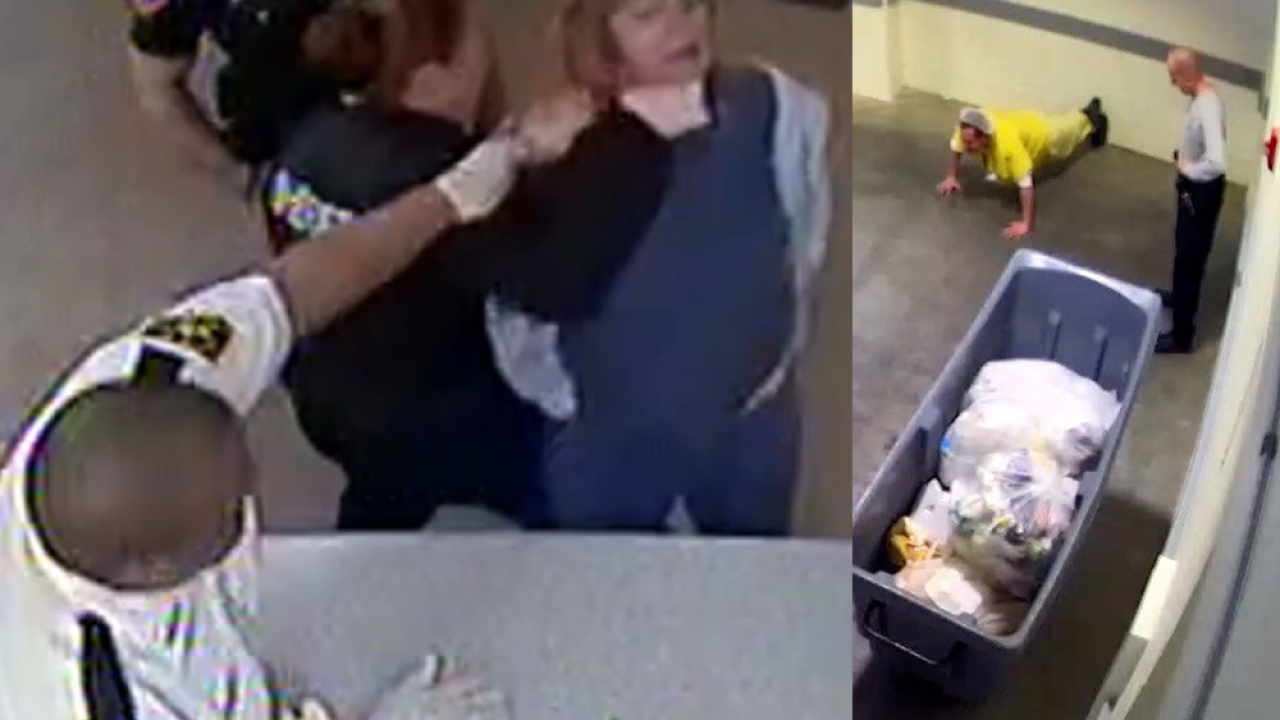 PINELLAS COUNTY, Fla. — Two deputies have been suspended after a seven month-long internal investigation found they hazed inmates during a January 13 incident.

According to the suspension letters obtained by ABC Action News, Detention Deputies Willie Jordan Jr. and Kenneth Rowe will each serve 240 hours of suspension or about 21 work days. Deputy Rowe has also been removed as a field training officer. Deputy Matthew O'Neil resigned under investigation and Deputy James Moran was fired and arrested for a previous incident involving an inmate.

The report states Rowe and another deputy, it's not clear if this was O'Neil or Moran, exited the kitchen located inside the Pinellas County Jail. Rowe held a broomstick and confronted two inmates who approached the glass window of the office. Rowe, the report says, deliberately hit the broom along the door threshold and the glass window as a form of intimidation.

The two deputies then ordered the inmates to place their foreheads along the glass wall with their hands behind their backs and instructed them to lean forward. They were forced to hold that position for 11 minutes. Within that time the two deputies then printed signs with "derogatory and demeaning statements" and taped them to the backs of the inmates. The whole incident was captured on the jail cameras.

The report then says the deputies ordered other inmates to exit the break room and walk past the two inmates, still in the ordered position and to read aloud the derogatory messages taped to the inmates. The report says one inmate was protesting and tried to walk away but was prevented from leaving. After they were released from their position, Deputy Jordan Jr. approached the resistant inmate and forced his hands behind his back to handcuff him. The report notes, "you restrained the inmate for no lawful or legitimate purpose."

DEPUTIES ANSWERS TO ADMINISTRATIVE REVIEW BOARD

Deputy Jordan Jr. took fully accountability and confessed to the accusations during an internal interview. He said, "My actions that day were totally unacceptable. I should have stepped up as a deputy for the Pinellas County Sheriff's Office and as a man. I should have told my coworkers to stop, to cease what they were doing at the time. I did not. I failed in that. I fully acknowledge that I failed in that."

A year before the incident Deputy Jordan Jr. was featured in a video titled Meet the Stars put out by the Pinellas County Sheriff's Office highlighting the jail. The deputy confessed that he never reported the incident. When asked if he considered humiliation a type of corporal punishment, he replied "Absolutely."

About the inmates Deputy Jordan Jr. said "They haven't done anything wrong... they did absolutely nothing wrong." The report ends with the deputy saying "I have embarrassed the Sheriff's Office, my family, and my faith."

Deputy Rowe also confessed to the accusations. He told the Administrative Review Board, "I started to think, oh crap, I'm losing my mind for a second here because I forgot that I'm not in the Army right now. I'm at the Sheriff's Office. And I shouldn't be putting pieces of paper on the inmate's back. And I definitely shouldn't be allowing these inmates to come parade through here."

When he was asked who was watching the inmates working the kitchen during the 11 minutes he responded, "Probably nobody." When he was asked if hazing is a part of the Pinellas County Sheriff's Office's culture he testified, "Absolutely not."

RECOMMENDED: Pinellas Co. inmate kicked in ribs after trying to give bird a cookie, deputy charged

When Deputy Rowe was asked if it was use of force to place his hand against the inmate's head to secure him against the glass for around 20 seconds he admitted, "Yes, sir."

In the week of January 7, 2019 the sheriff's office saw three cases of deputies behaving badly.

On January 8, a detention deputy was fired after she used unnecessary force while in-taking an inmate at the jail. Amy Gee was seen on video grabbing a handcuffed inmate by the throat and slam her to the ground resulting in a fracture to part of the woman's left arm.

On January 11, Deputy James Moran ordered an inmate to do 50 push ups as punishment for tossing a cookie to a bird. When the inmate got tired and stopped doing the push ups, Deputy Moran kicked him in the ribs.

ABC Action News asked PCSO for comment to get the agency's side of the story and response. We'll update this story with any development.

You can read inter-office memos related to this story in full here and here.