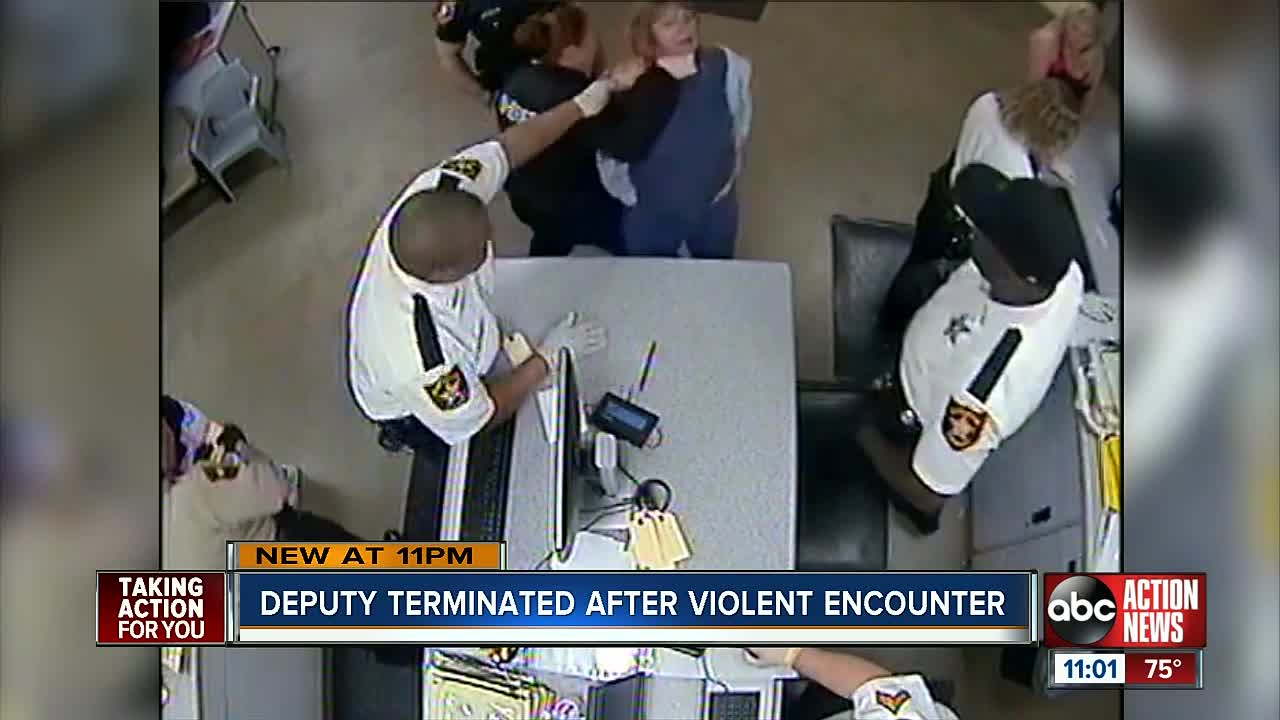 A Pinellas County detention deputy has been fired after she used unnecessary force while in-taking an inmate in January, the sheriff's office says. Story: https://wfts.tv/2K7RLCi 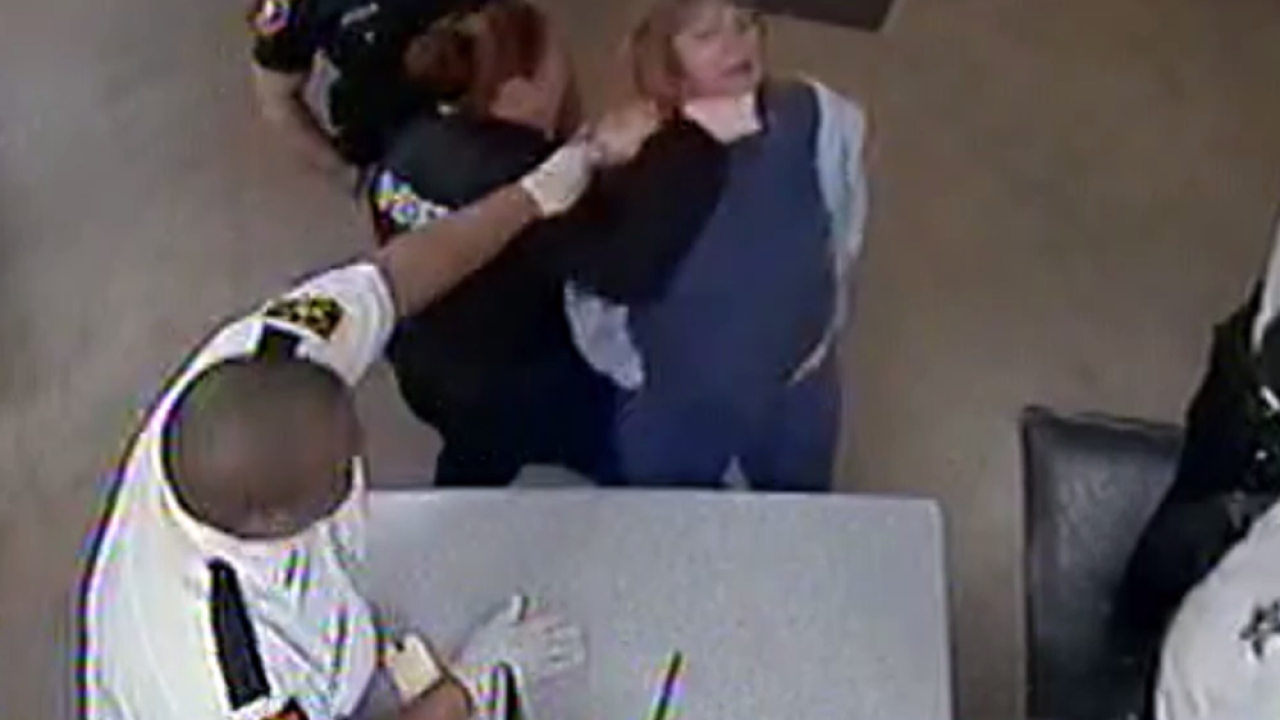 CLEARWATER, Fla. — A Pinellas County detention deputy has been fired after she used unnecessary force while in-taking an inmate at the Pinellas County Jail in January, the sheriff's office says.

Video from January 8 shows Amy Gee, 37, grab a handcuffed inmate by the throat and slam her to the ground — resulting in a fracture to part of the woman's left arm.

While at the booking counter, Butler can be seen shifting her weight away from Gee. The first time she shifts, Gee pulls her back. The second time, Gee grabs Butler's throat while putting her right foot behind Butler's leg and slams her to the floor, according to the sheriff's office.

Butler was handcuffed with her hands behind her back, unable to break her fall.

"Deputy Gee failed to verbalize or request any assistance from other deputies, and Butler's actions did not demonstrate the necessity of the force used," the sheriff's office wrote in a press release.

Butler told deputies she lost her balance because she was intoxicated. She also said she suffers from medical issues which make it uncomfortable for her to stand.

Gee admitted she acted inappropriately during an Administrative Investigation. She said she did not feel as if Butler was going to harm her or other deputies.

Gee was hired by the sheriff's office in February of 2014. Her termination was effective April 5.