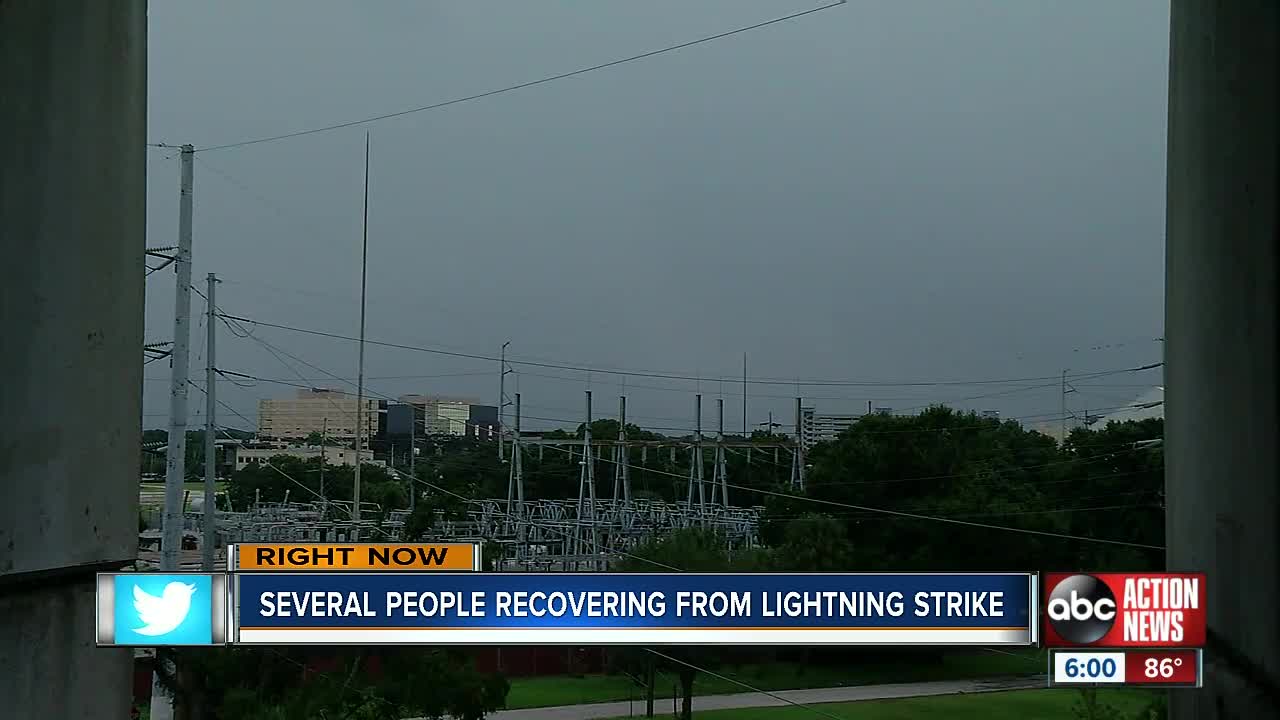 At least eight people are injured after lightning struck Clearwater Beach over the weekend. 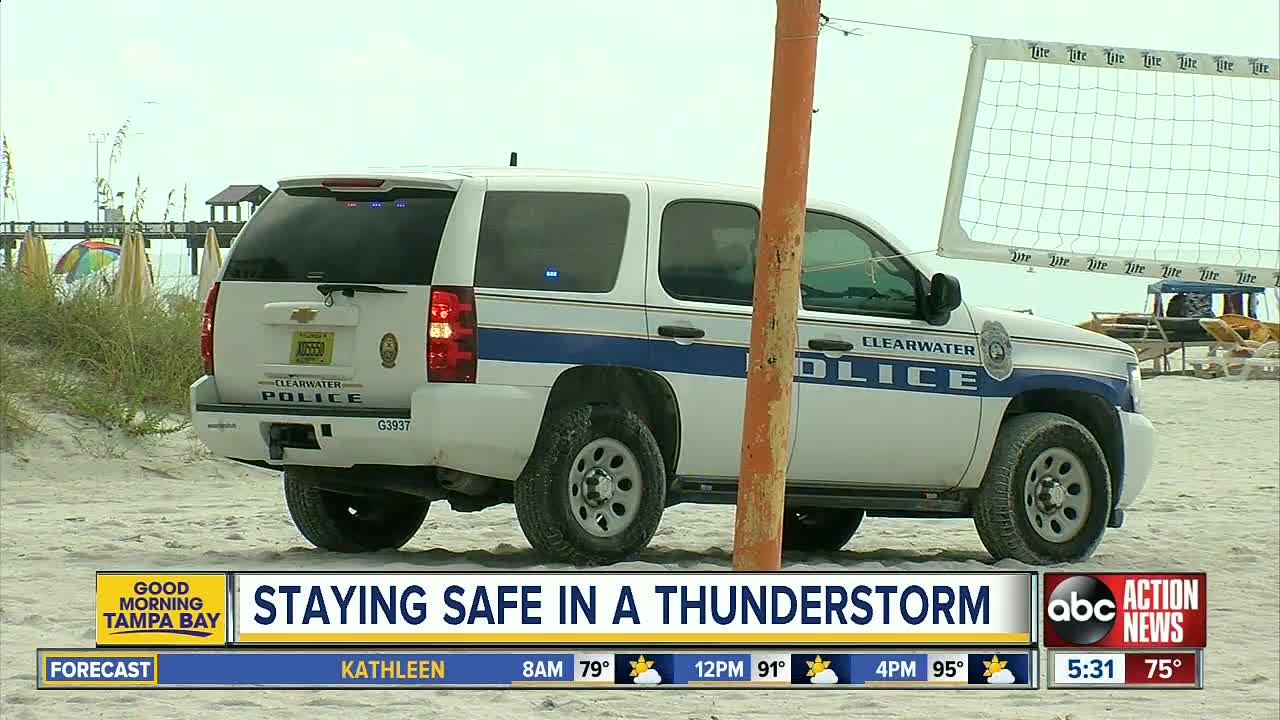 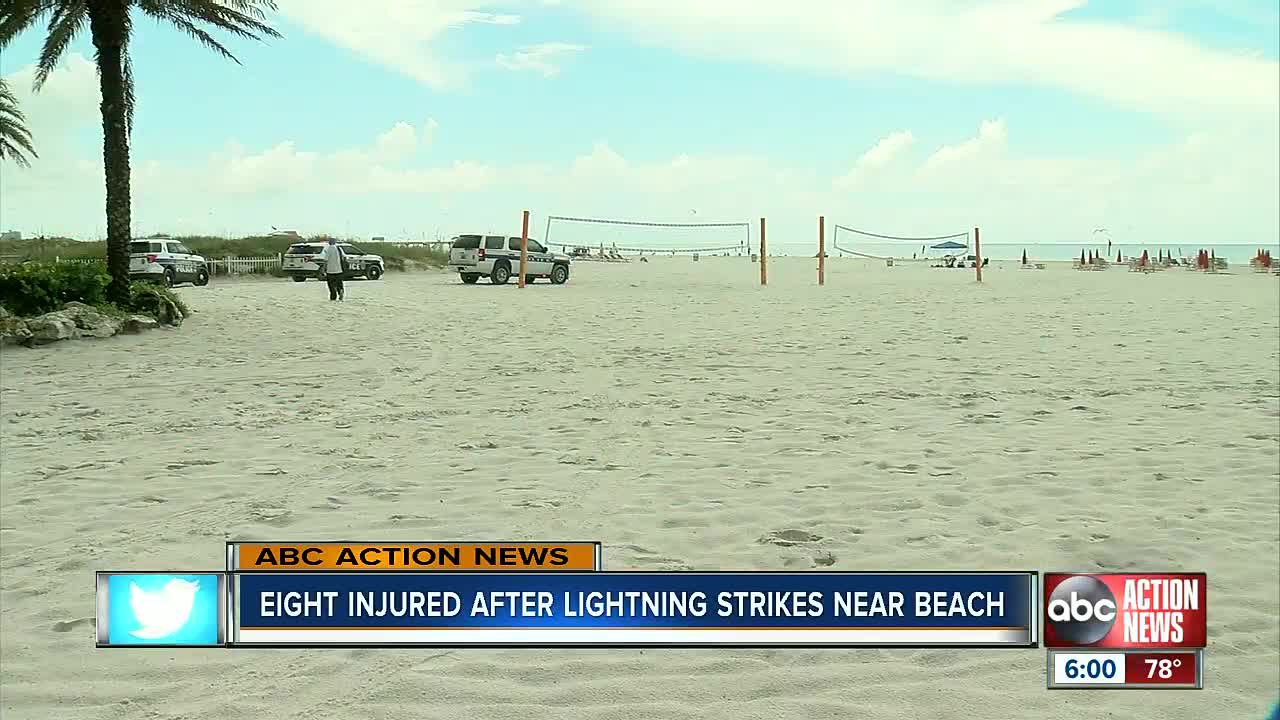 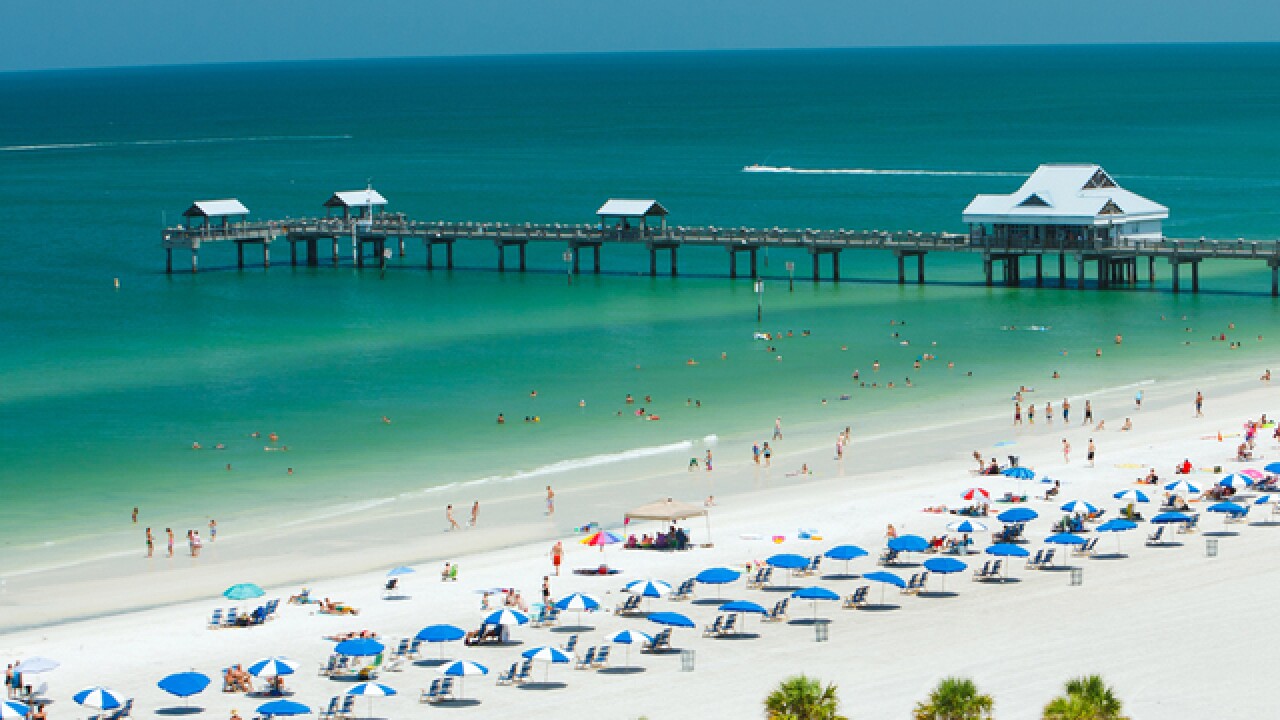 One man in his 30s was directly hit by the strike, the Clearwater Fire Department says. He went into cardiac arrest and is in critical condition at Morton Plant Hospital.

Three others were taken to Morton Plant Hospital and reported to be in good condition. A fifth patient was transported to Tampa General Hospital suffering from burns. Officials say three others refused transport.

It happened around 12:42 p.m. in the beach area behind Frenchy's Rockaway Grill.

"It was this big strike. This dude, he got struck by lightning and he fell," said witness Kenijah Everson.

"They put themselves at risk, major thunderstorm going on, lightning popping every couple seconds, and they actually ran out on to the beach and were able to pull the victims into a more safe location," said Clearwater Fire Rescue District Chief Greg Newland.

They moved the victims to inside Frenchy's Rockaway Grill, described as a triage scene.

"The adrenaline was rushing and everybody on the staff and everyone else," said witness Ryan Tuttle. "It was basically like time stopped at that moment."

Tuttle said he was there with his girlfriend, an ICU nurse. They had moved inside when they saw the storm coming in.

"I saw the lightning strike right near the volleyball court," Tuttle said.

He said his girlfriend started helping with CPR.

"She just jumped in and started doing compressions on the guy and rotating with other people," he said.

Newland said the community effort made a difference.

"It’s just another sad instance you know the community came together. The fire department and Sunstar, all the paramedics did an extraordinary job taking care of all the victims and I just hope we don’t have more tragedies like this in the future," he said.

But the incident left many shaken.

"Beachgoers should take cover and go to a safe place when lightning and thunder are present. As a reminder, Clearwater Fire and Rescue uses the phrase: when you hear the roar, go indoor," the fire department said.

RELATED: Florida is the lightning capital of the US. This is why

This picture shows conditions at the beach just before the lightning strike.

Officials say lifeguards at the beach left their towers around 12:30 p.m. due to bad weather, minutes before the 911 call came in for the strike.

This comes as lightning is blamed for at least three fires on Saturday.

Fire rescue officials say lightning is behind a fire at McLane Middle School in Brandon, and a home fire in Town 'n' Country.