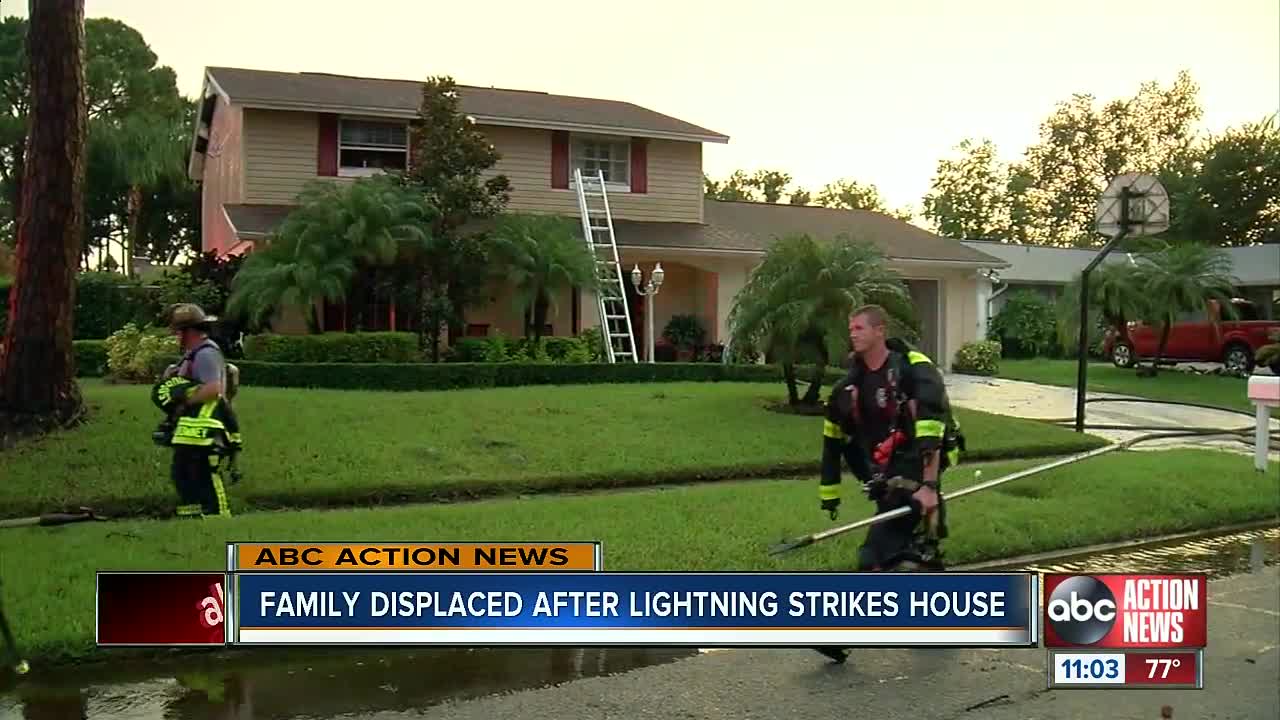 Lightning is believed to have struck a home and started a fire Saturday evening at a home in Town 'n' Country. Story: http://bit.ly/2O8CPGh 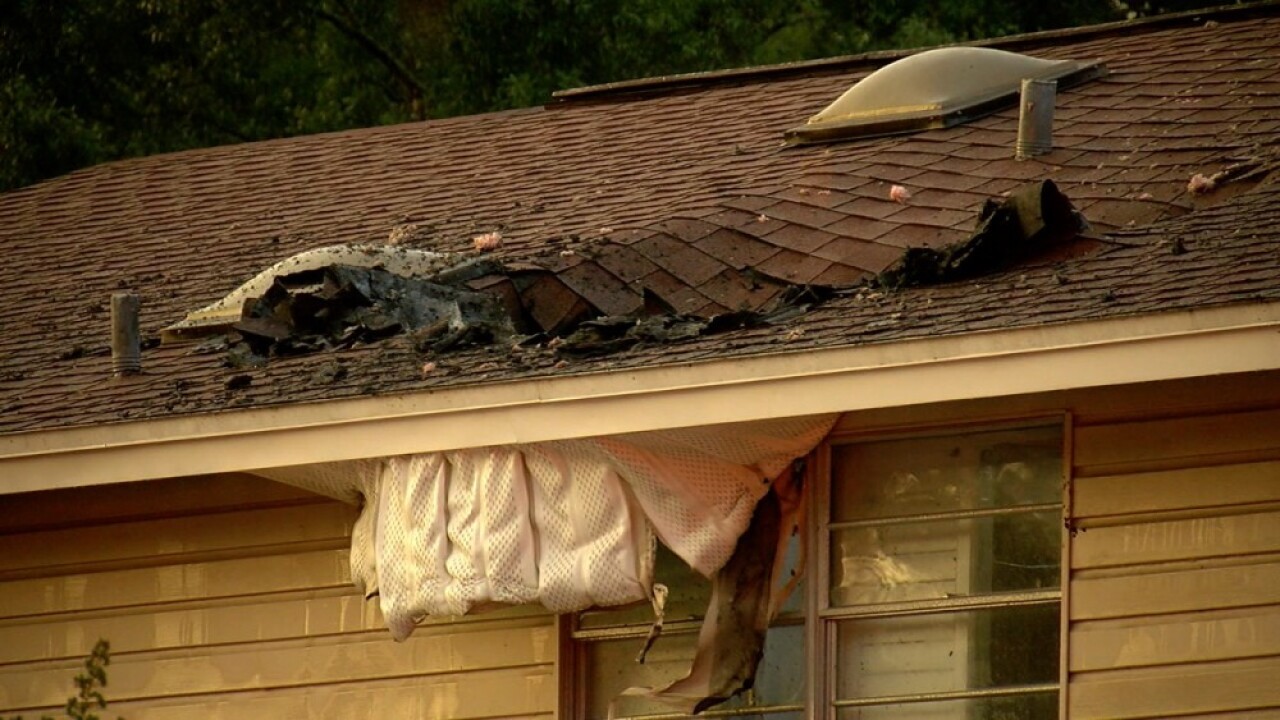 TOWN 'N' COUNTRY, Fla. — Lightning is believed to have struck a home and started a fire Saturday evening at a home in Town 'n' Country.

The homeowners said they were sitting at the kitchen table when it struck. They didn't realize it had hit the house until they saw smoke. They got out and called 911.

"You've heard lightning before outside, but when it hits your house, you felt it right there," David Carataya said. "It shook the house."

He and his wife have lived there for more than 40 years. They were inside with their granddaughter when it occurred.

"The homeowners were home at the time indicated they heard a loud pop followed by a flash of lights on both the front and back of the house indicating that a lightning strike had occurred on either side," fire investigator Shawn Symonds said.

He said they were also called to a nearby apartment complex Saturday.

"Again similar type situation where it was consistent with being up in the attic. Lightning strikes in the area kind of point in that direction," he said.

If you hear a pop, see a flash of light or believe your home was hit by lightning, rescue crews urge you to get out and call 911. Symonds said the Cartaya's did what they were supposed to.

"You have to put everything in perspective and realize what the important things in life," David Cartaya said.

They're still taking in the damage, but Cartaya said the second floor may need replaced.