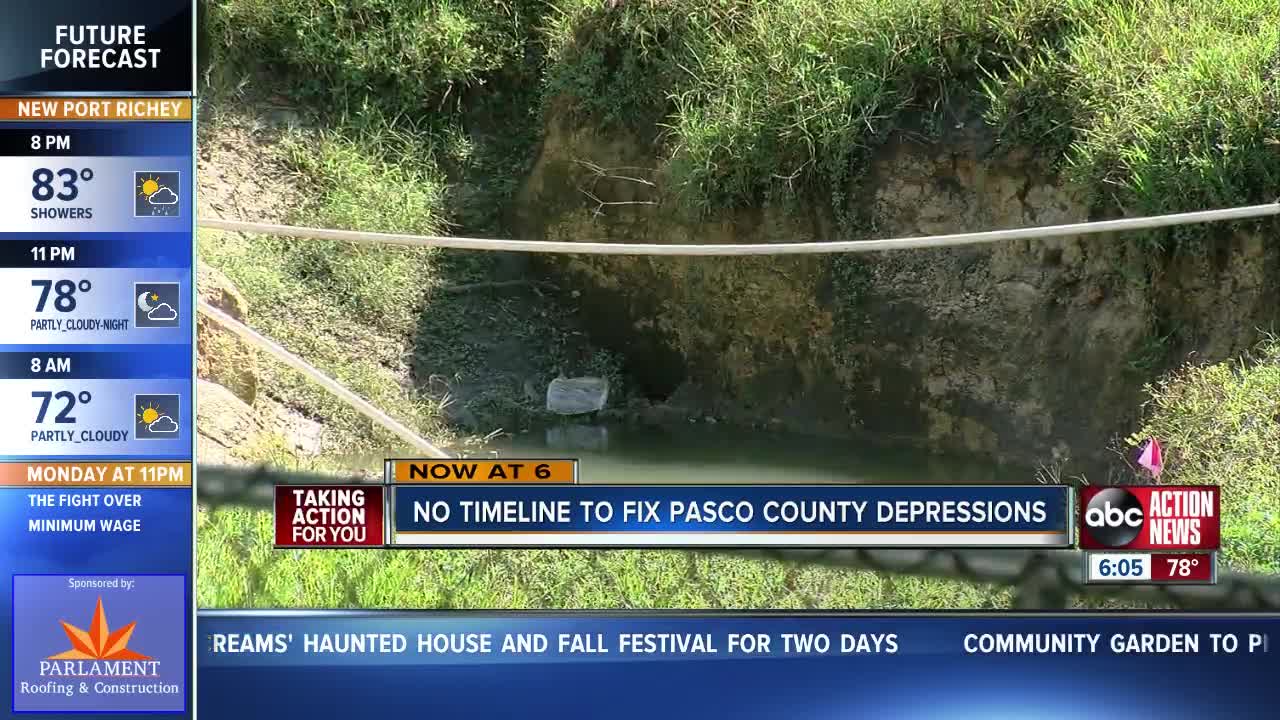 No timeline to fix 76 depressions in Pasco County 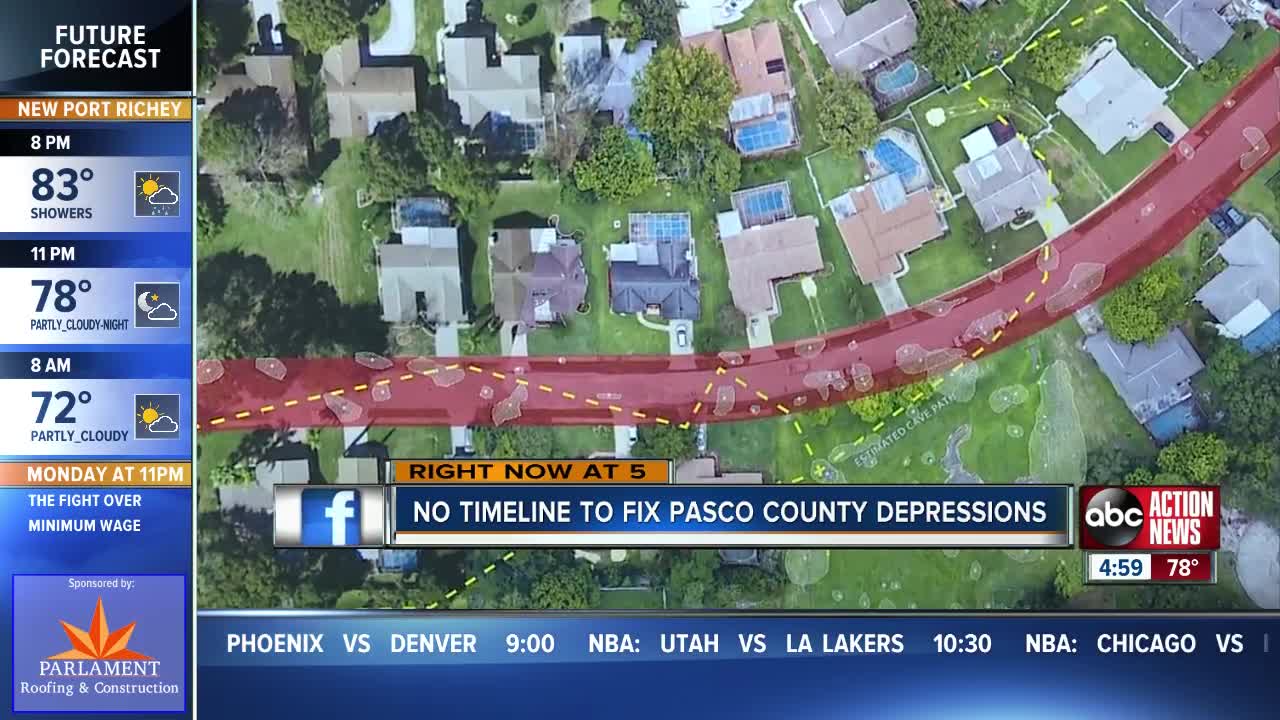 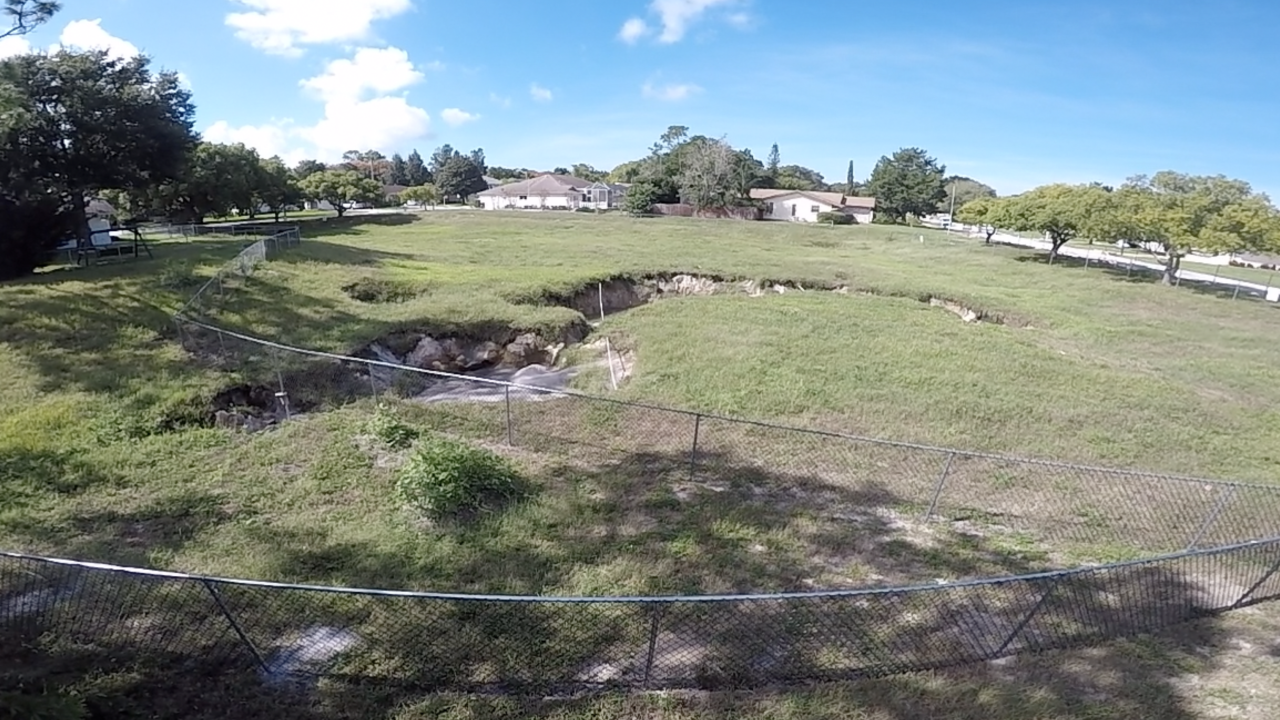 On Friday, county leaders said there is no timeline or solution when it comes to the 76 depressions.

ABC Action News Report Nicole Grigg first reported on the depressions in in the Lakeside Woodlands community in August. Since then, the number of depressions has grown.

Neighbors have been living in fear for several months with a main road shut down to nearly a dozen homes.

Geologists who evaluated the neighborhood say they don't know when, where or if more holes might open up.

Pasco County officials have insisted that homes in the area are not in danger despite the holes following the path of an underground cave system.

A report on the issue stated that each solution to fix the road had possible adverse effects, like more dropouts, impacts to the others homes, and even the aquifer. The report also stated that getting a “by in” from all parties will likely reduce the chances of litigation.

The county says they're looking into every option to help the neighbors but, because some of the holes are on private property, they're advising homeowners to call their insurance companies.