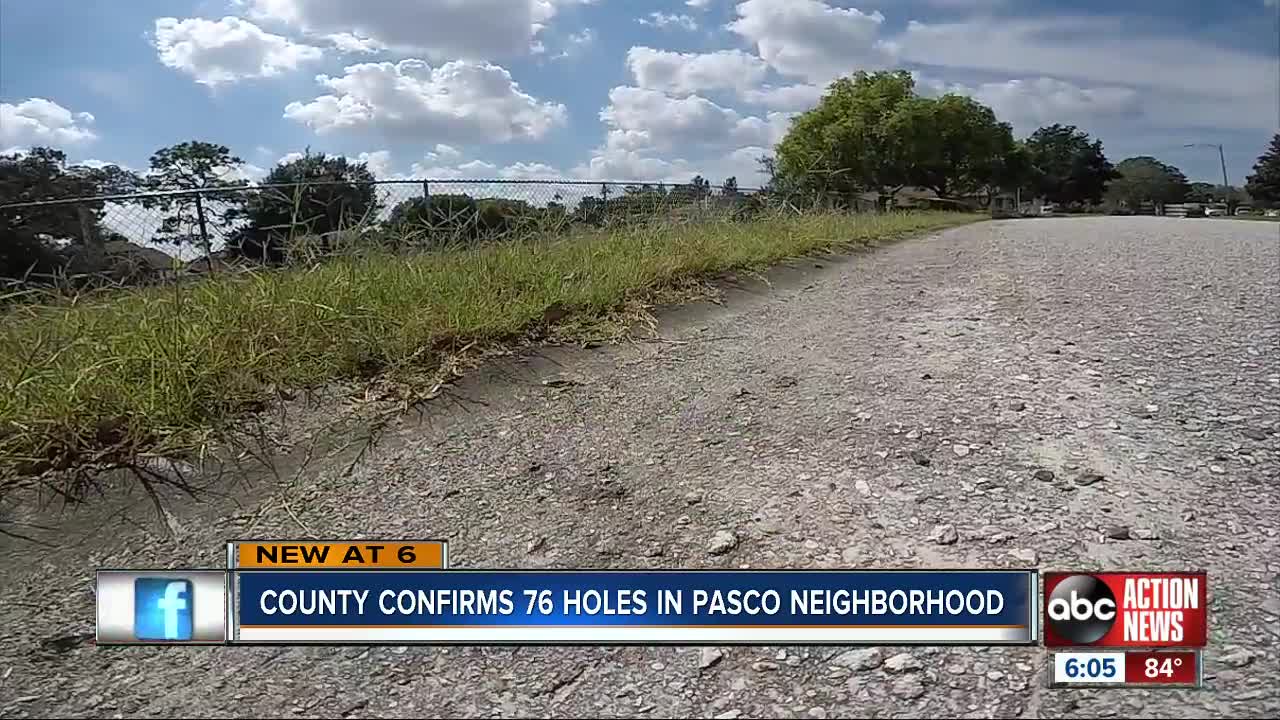 There are 76 depressions that have opened up in a Pasco County neighborhood with confirmed sinkhole activity. 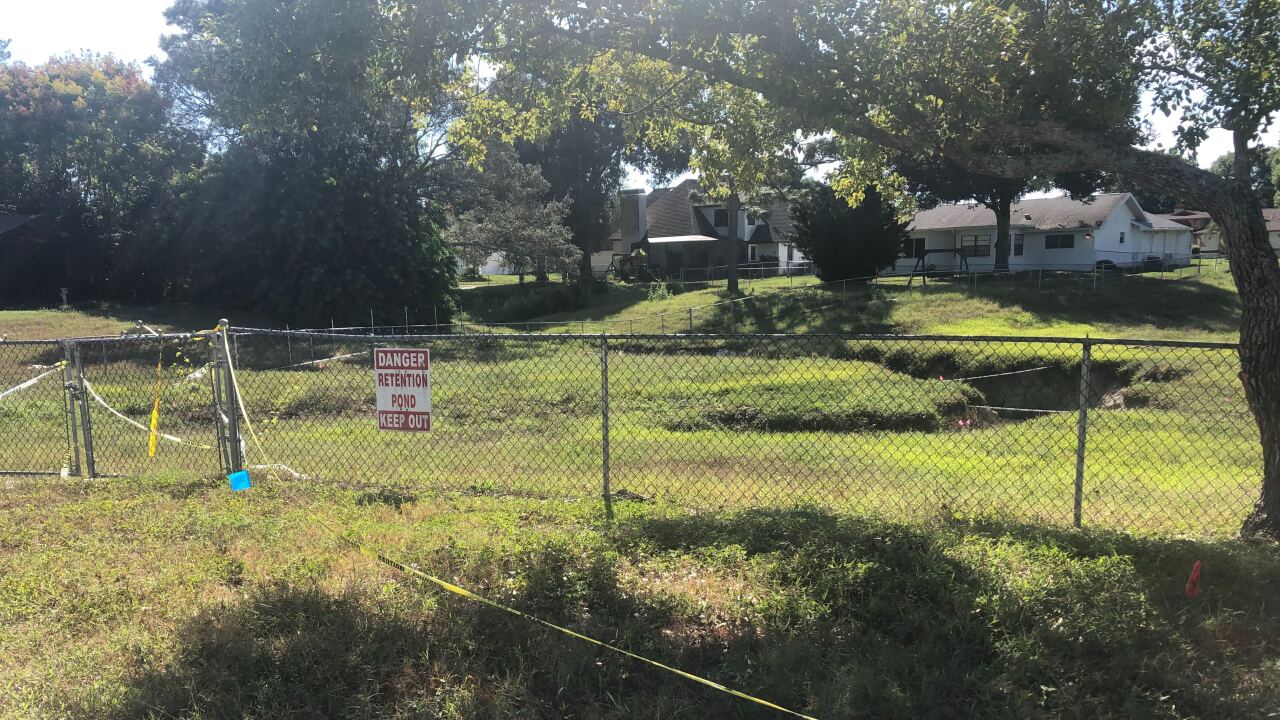 There are 76 depressions that have opened up in a Pasco County neighborhood with confirmed sinkhole activity.

ABC Action News has reported on the dozens of holes that opened up in the Lakeside Woodlands community in August.

RELATED: More than a dozen depressions open up in Pasco community, sparking concerns for residents

Since then, reporter Nicole Grigg, has confirmed that now the number has grown to 76 depressions under and around Willow Brook Court.

Along with the growing number, a county spokesperson has confirmed that there is sinkhole activity in the area, but it’s unclear which hole.

The largest hole that was 25 feet across, and eight feet deep in August is still an active and growing depression.

The Homeowner's Association owns that piece of land, and they have had a fence around the retention pond area for years.

The county still has part of Willow Brook Court shut down, blocking several homes from accessing their driveways.

Photos given to neighbors from the county show there are at least 30 voids under the road, and that’s why they’re keeping it shut down.

The county can’t give an estimated time on how long the road will be shut down, but in an email they said, “based on information and a recommendation provided by the engineers who surveyed the area, Pasco County, in an abundance of caution, has decided to keep a portion of Willow Brook Court closed for safety reasons.”

Neighbors tell us they still have a lot of questions, “we’re hoping to get an answer soon, we don’t want to be forgotten, which I don’t think we are. They are working on it, they’re doing the best they can.”

As of now, no homes have been deemed uninhabitable.

ABC Action News received the private report by a company hired by the HOA to survey the site with ground penetrating radar.

The full report is here:

It states in one section of the report, in part, “we have no information that will allow us to reasonably predict if, when, or where future soil movement events will take place.”

“We need answers, and we’re entitled to have answers,” said Barb Geren, “this didn’t happen because of us, this is what we’re stuck with.”

She said they received a VA loan, for what they thought would be their last home.

Instead, the fear of the holes on her street has left her with anxiety.

"You ride on a lot of different emotions - one day I’m depressed, it really has taken a toll on my husband and I both,” she said.

The hole is still open, as the HOA is responsible for taking care of mitigation.