More than a dozen depressions open up in Pasco community, sparking concerns for residents 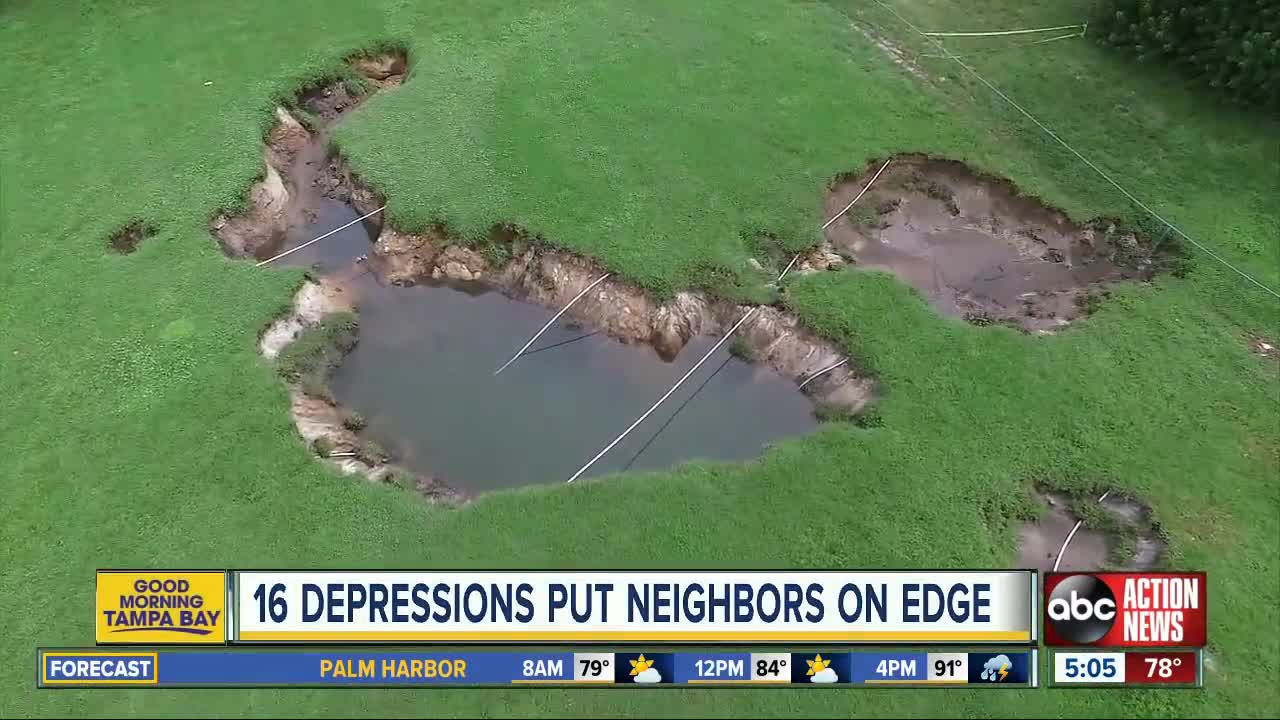 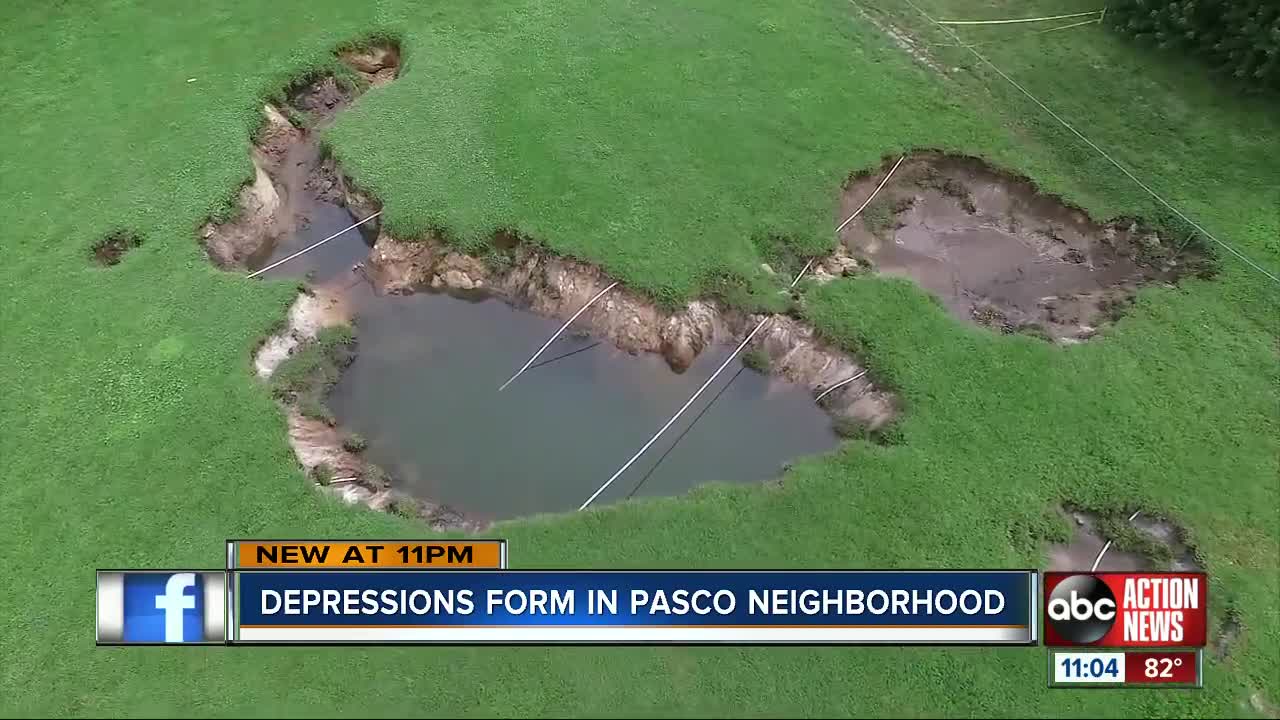 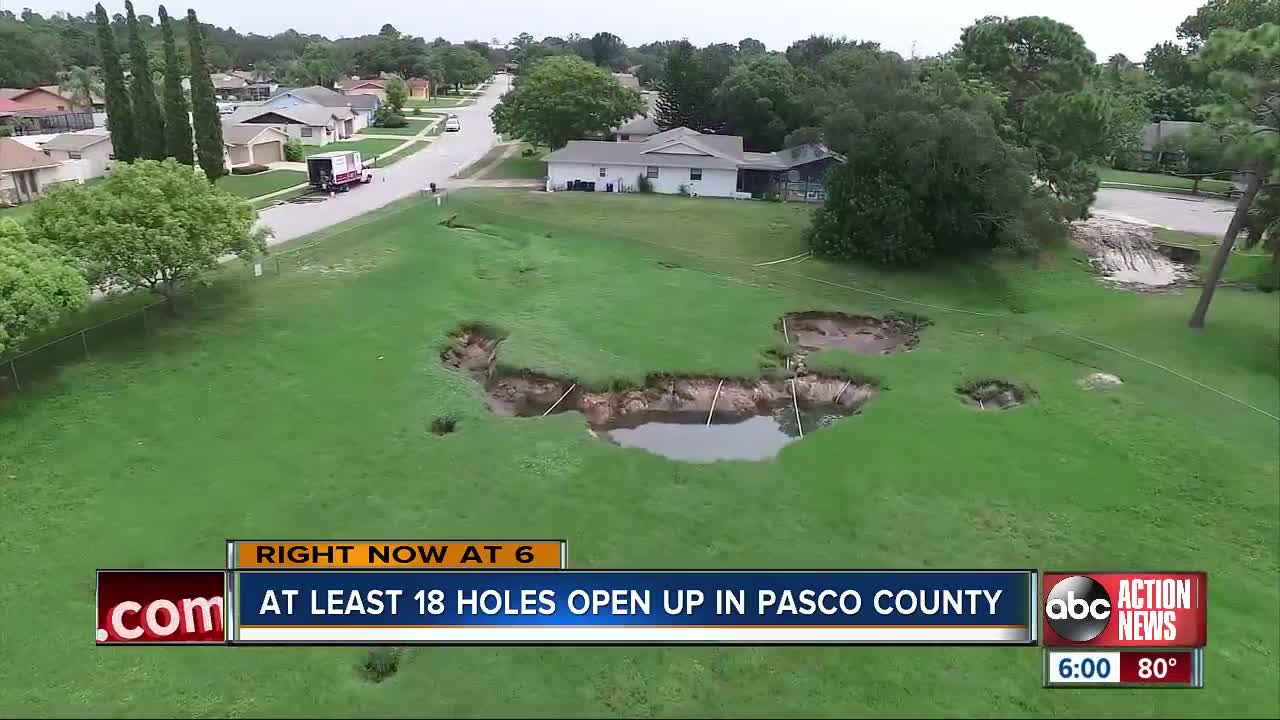 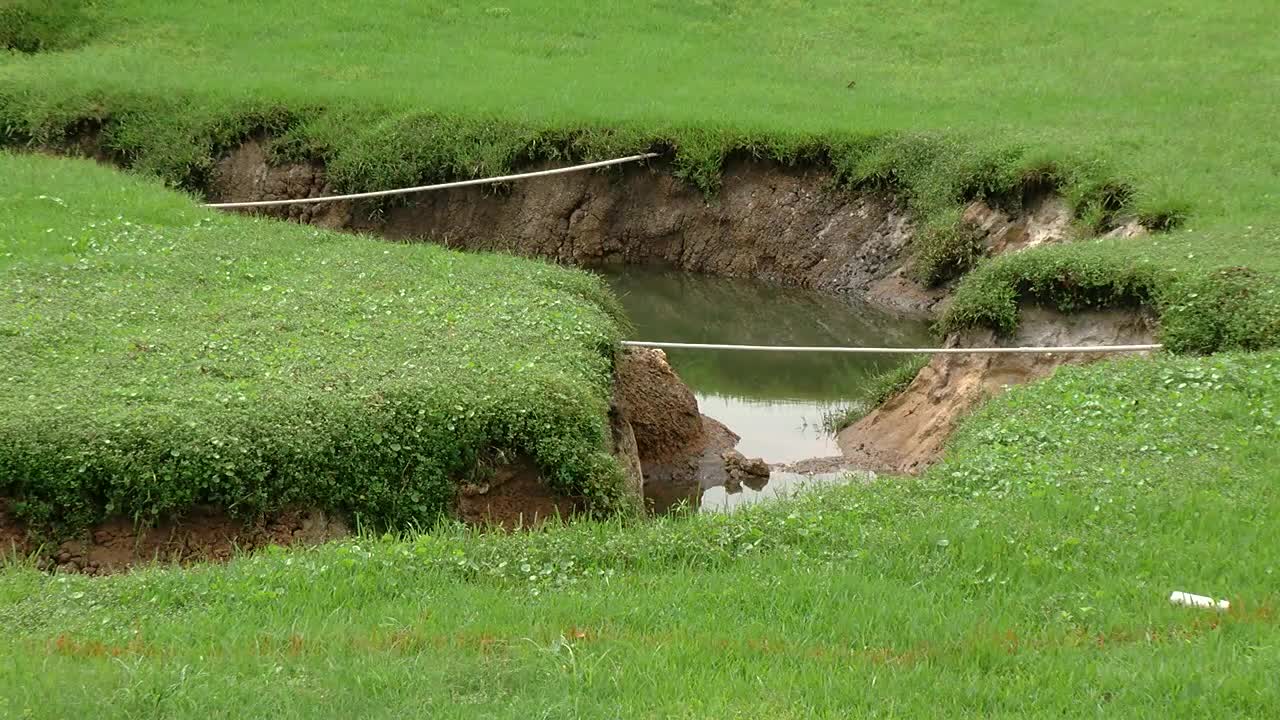 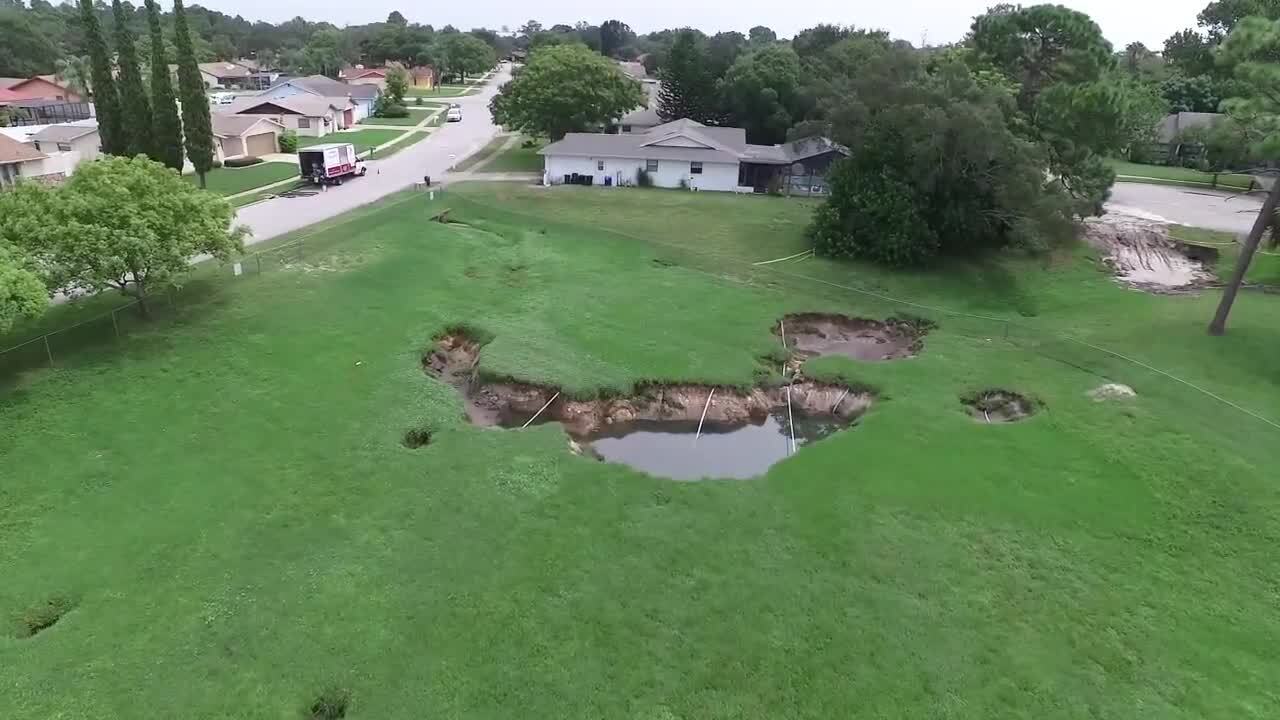 More than a dozen holes have opened up in the ground of a Pasco County community.

According to the county, multiple depressions were assessed in Lakeside Woodlands in Hudson on Tuesday, August 13. Follow-up site visits were conducted, and it was discovered that the depressions have increased in size slightly since the initial evaluation.

16 to 17 properties are impacted by the holes.

The largest hole in size is 25 feet across, and eight feet deep -- the Homeowner's Association owns that piece of land, and they have had a fence around the area for years.

Emergency Management has contacted surrounding homeowners, as well as representatives from the Homeowners' Association. The depressions are on private property, and the affected parties have been advised to contact their insurer(s).

Neighbors like Pat Johnson said neighbors are scared, "everybody is watching carefully, and we're just watching the kids that are trying to peek in the holes."

County Commissioner Jack Mariano was on site on Monday and said in total he's been told there are 16 holes in this area.

He said there is an underground cavern below the area that USF mapped out years ago.

"It runs about 9 miles, and it runs right through the heart of Beacon Woods," Andy Fossa the Emergency Management Director of Pasco County said. "We started mapping that, and we started following it on the map, and it actually lines up with these cave systems. So, I'm not a geologist. I cannot tell if the two are connected. But, with the aquifer moving in the cave system, the heavy rains that we have, could set up for these depressions to start."

During a press conference on Monday, a county representative said back in 2015; there was a large sinkhole in Beacon Woods, a subdivision nearby -- but, it turned out to be an entrance to one of the caves.

USF looked into the cave system, back then — and found it extends from State Road 52 to US 19 and it goes out to the Gulf of Mexico.

Only a state or private contractor can call these sinkholes, and one has not been out to the site to investigate.

The county tells us a geologist would have to determine the cause of the depressions, so it is unknown at this time the role that last week's heavy rains played.

You can check out a list of Pasco sinkhole properties here.