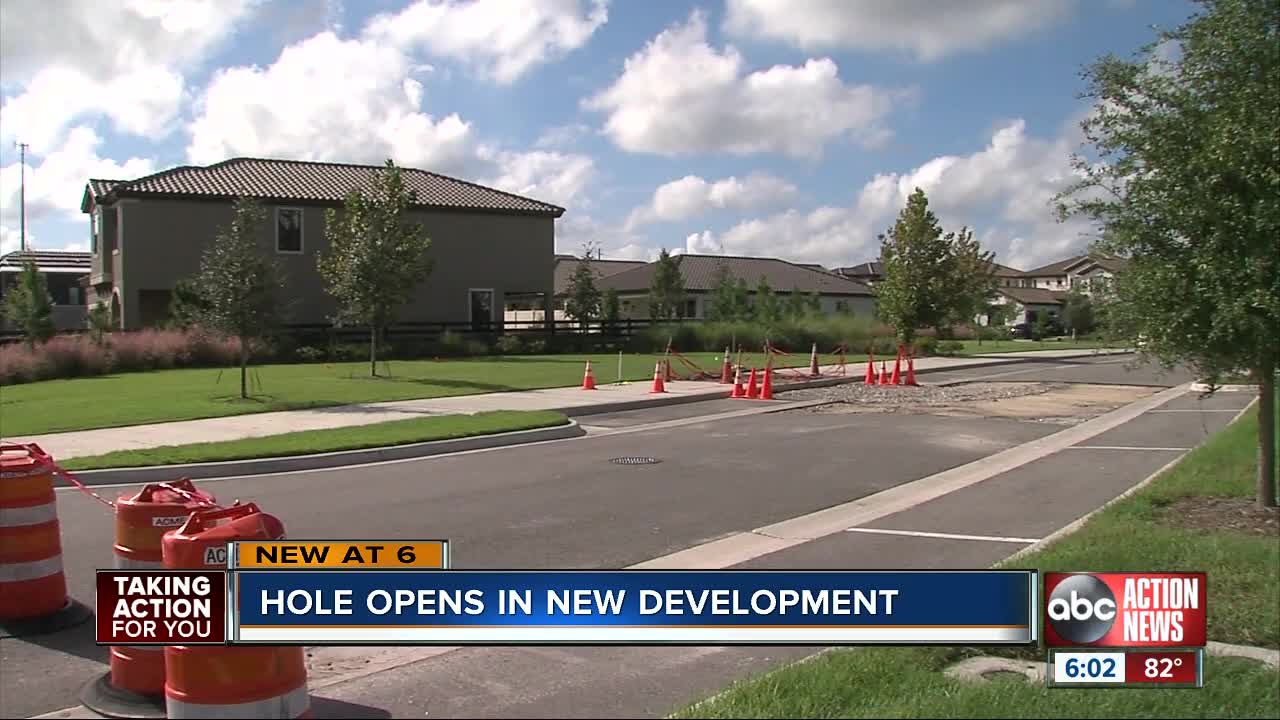 If you live in Florida, sinkholes and depressions can appear just about anywhere at any time. Story: https://wfts.tv/34xyPCa 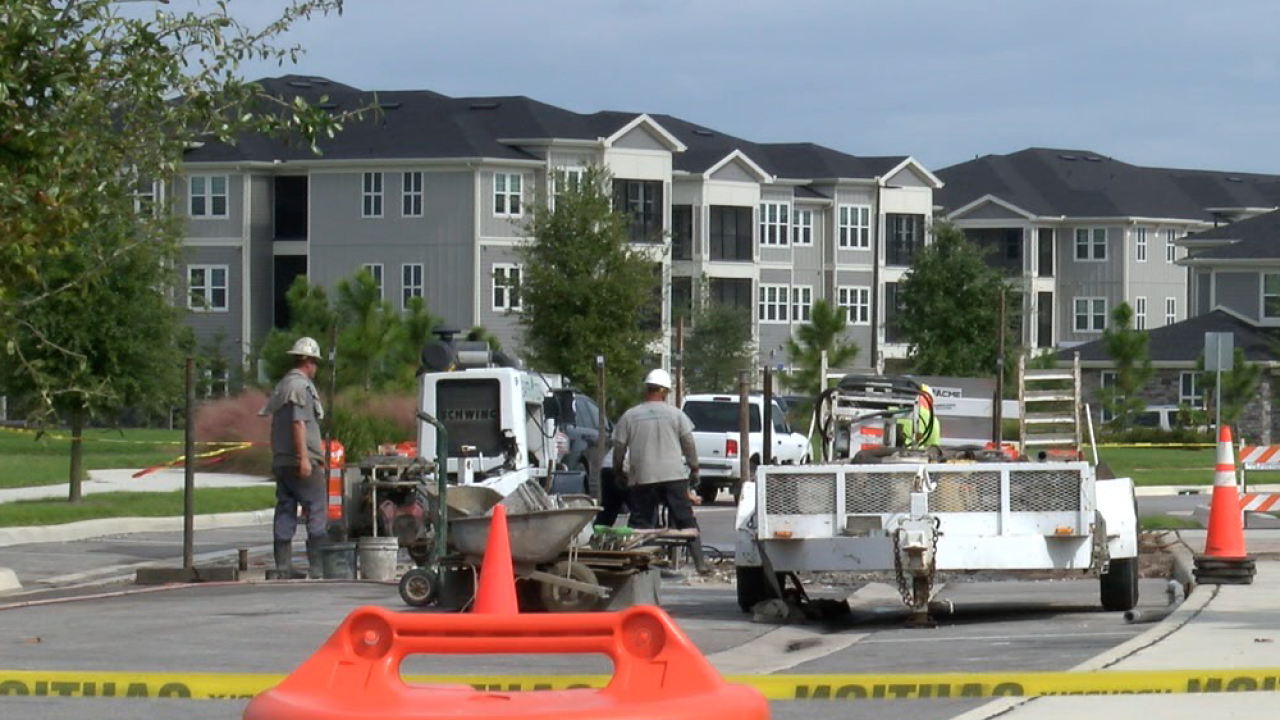 PASCO COUNTY, Fla. — If you live in Florida, sinkholes and depressions can appear just about anywhere at any time.

“It’s just a natural hazard of living in this area of Florida. There’s no escaping it,” said Darrell Hanecki, a geotechnical engineer in Pasco County.

He lives just one mile away from Starkey Ranch, a popular new development along 54. ABC Action News had him take a look at engineering reports after neighbors saw crews testing the ground underneath Long Spur.

"There’s a lot of things that can cause a depression. A broken pipe in the road is the most common,” he said.

A sinkhole is another. One neighbor shared one of the first pictures taken of the road. It shows the sagging concrete. They say days later the entire road and sidewalk were being ripped up, but the report never mentions the word sinkhole.

"I looked at the data, I looked at the soil borings -- the borings were very typical of what we find when we drill into the throat of a sinkhole,” said Hanecki.

Matt Call, the project manager for Starkey Ranch Community Development District, says the word sinkhole can be alarming. But he wants potential home buyers to understand they work quickly to mitigate these issues.

We reached out to MEI, the engineering company that is doing the work for comment, but they told us all comments had to come from the CDD.

He says Starkey Ranch continues to be one of the fastest growing communities in the Tampa Bay market.

"As we continue to build, once areas are identified that might need remediation, we take care of it quickly."

Documents through Pasco County show the CDD hired the same company in 2016 to do initial ground tests to make sure the property was okay to build on. They completed those and got the go ahead.

Hanecki says the engineering company and contractor are using a technique called “compaction grouting” and will likely fix the problem entirely. He doesn’t think current or future home buyers should be worried at all.

"I know the engineering company involved and I know the contractor that’s doing the work and they’re very reputable companies that do very good work,” he said. “From my perspective in this profession I think that everything is being done properly.”

He says home buyers need to be more careful when purchasing a home with sinkhole activity that was either never repaired or pinned. He says the best way to repair a sinkhole is compaction grouting.

He says if you you see problems with your home, you should contact your insurance company or engineer and have the situation evaluated. He says a sinkhole claim done through insurance would have a report issued to the county property appraiser.

Pasco County says the developers in this case weren't legally required to inform the county of the possible sinkhole because it was a private road that was impacted.

You can find out if a home has sinkhole activity and if its been repaired by visiting the property appraisers website. Click here to search by address.

You can also check to see if a new development got a permit to do ground testing before building.