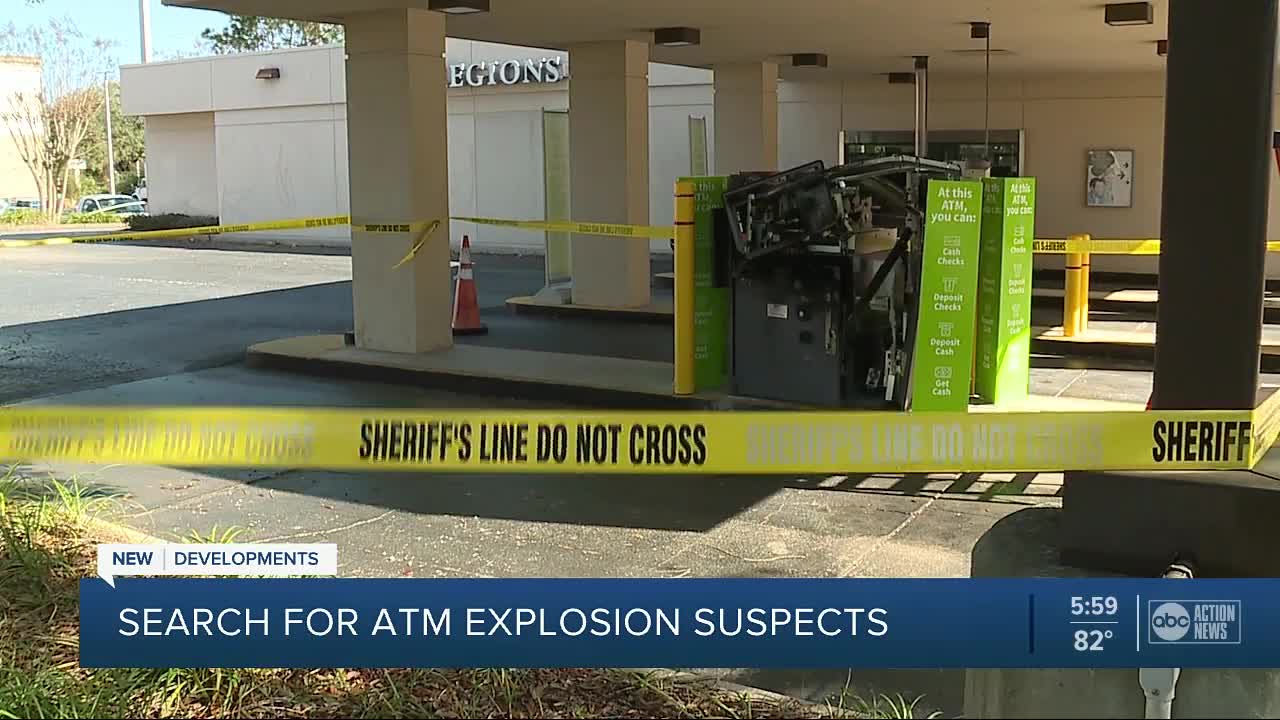 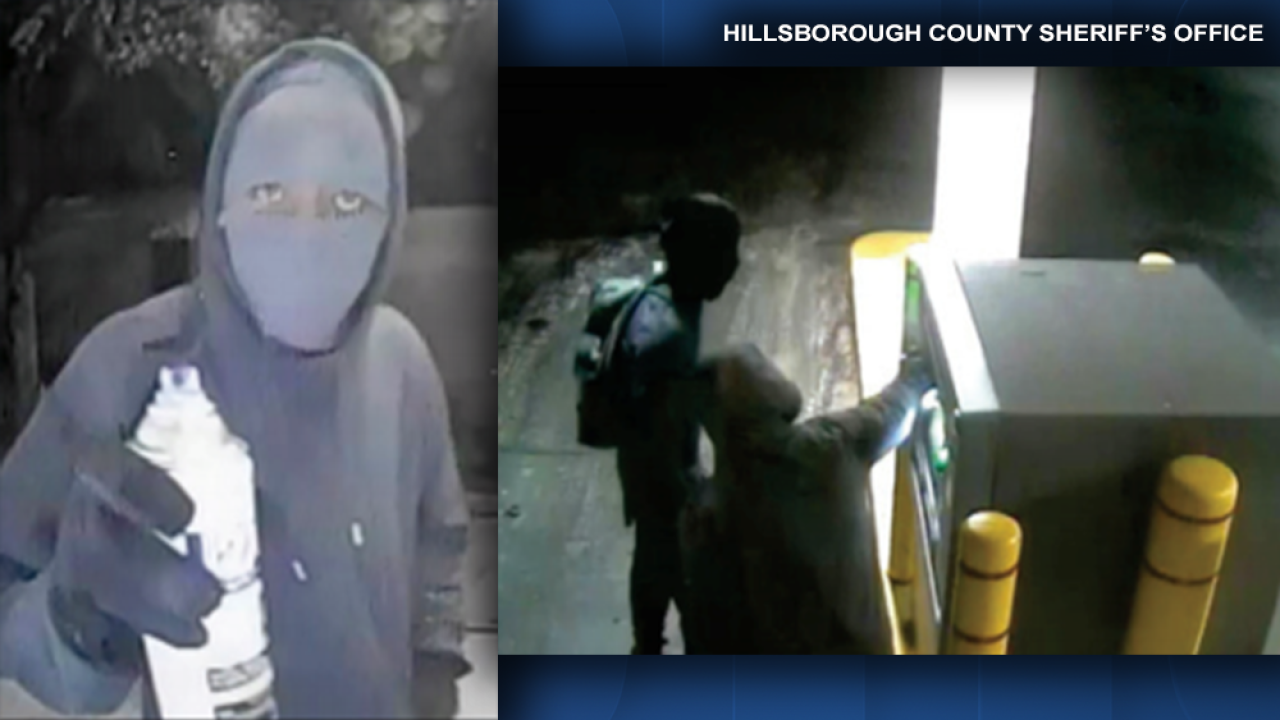 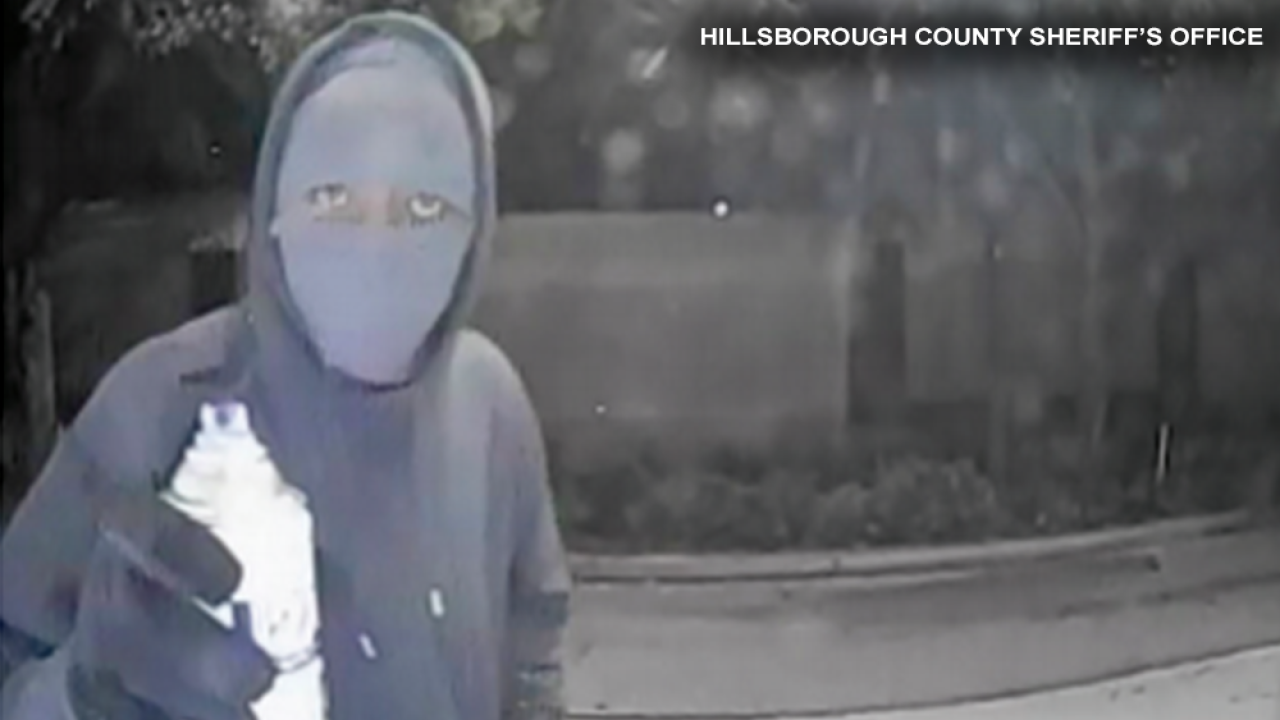 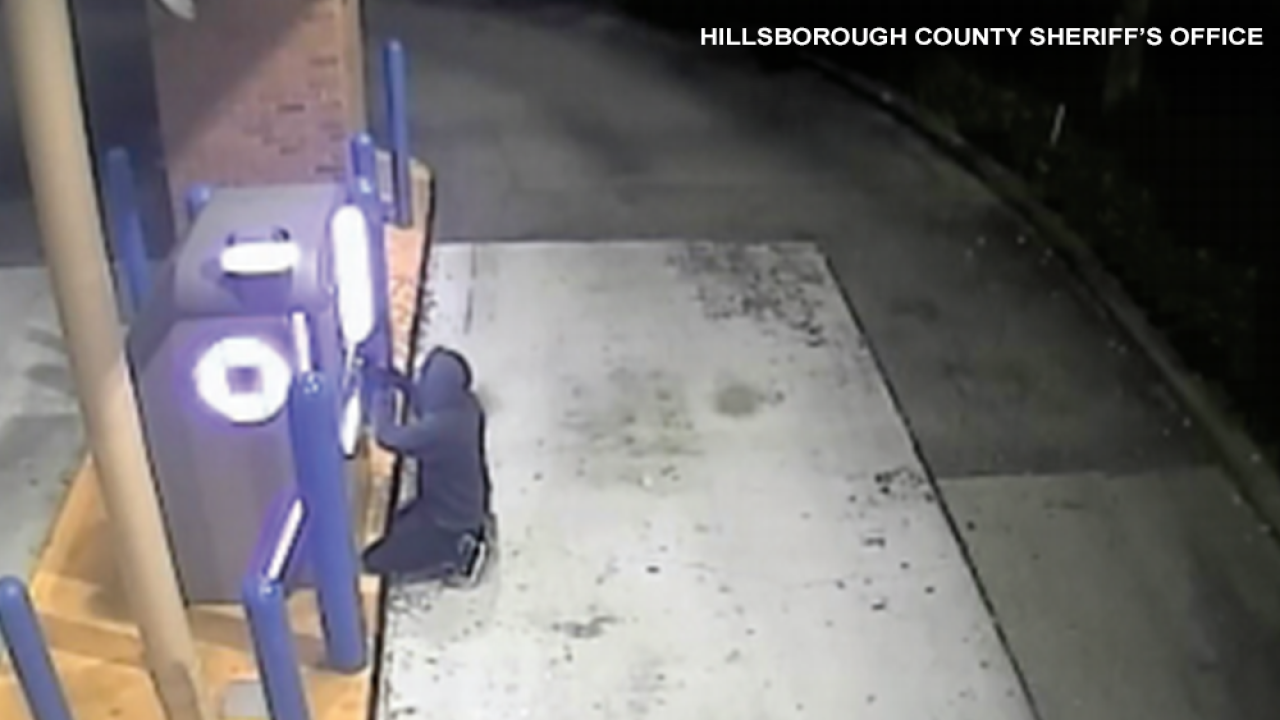 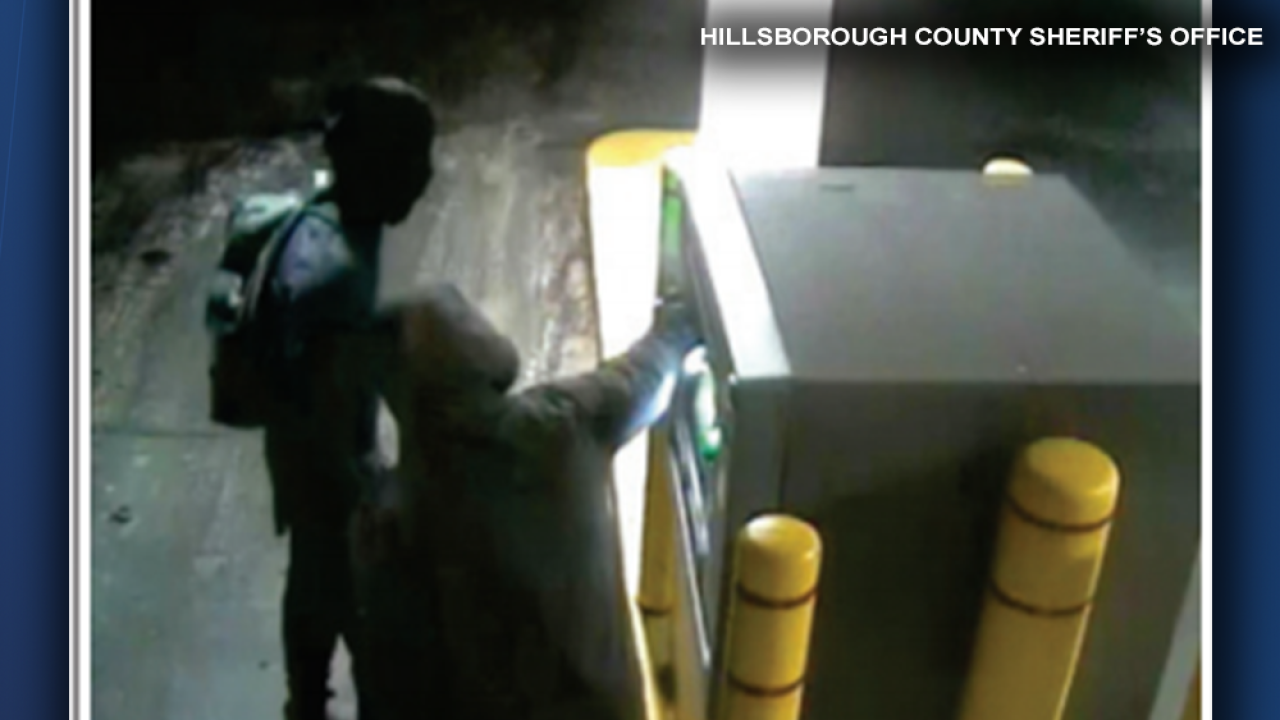 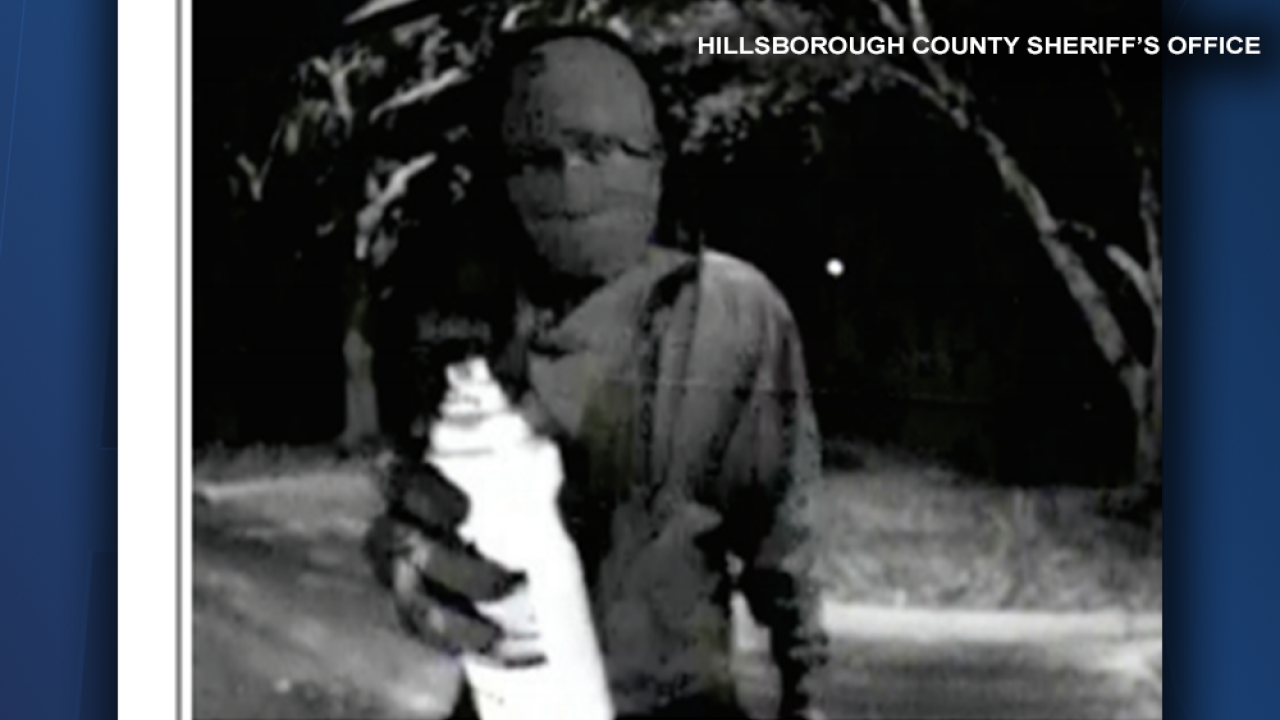 TAMPA, Fla. -- Deputies are asking for the public's assistance in recognizing the two individuals that may be linked to the series of ATM explosions that have been happening across the Tampa Bay area.

Hillsborough County Sheriff Chad Chronister said on Decemeber 8, 2019, a male suspect spray-painted the camera lens and tampered with the drive-thru ATM at the J.P. Morgan Chase Bank at 11650 Countryway Boulevard in Tampa.

The ATM (pictured above) was not broken into, HCSO said.

HCSO also released surveillance photos of two suspects approaching an ATM at the Regions Bank at 3522 Bell Shoals Road in Valrico. The two suspects can be seen in the July 7, 2019 surveillance images tampering with the ATM .

HCSO said no entry was made into the ATM.

The search for the suspects comes after an ATM exploded at the same Regions Bank location on January 12. At this time, it is unclear how much money was taken from the ATM.

The explosion comes weeks after HCSO investigated a different ATM explosion at the Pilot Bank at 12471 West Linebaugh Avenue in Tampa in December of 2019. Back in November of 2019, the BB&T Bank on Tampa Road in Oldsmar also fell victim of having one of its ATM explode.

So far, no arrests have been made and anyone with information on the suspects is asked to call HCSO at 813-247-8200.