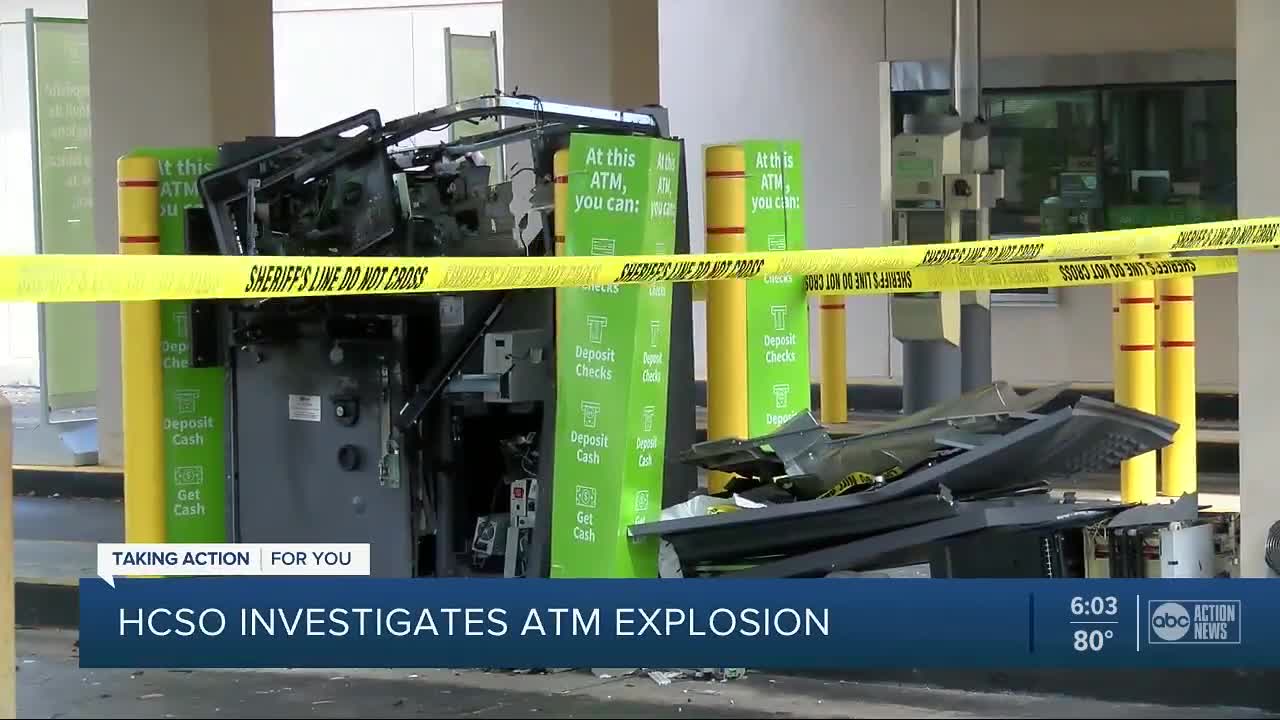 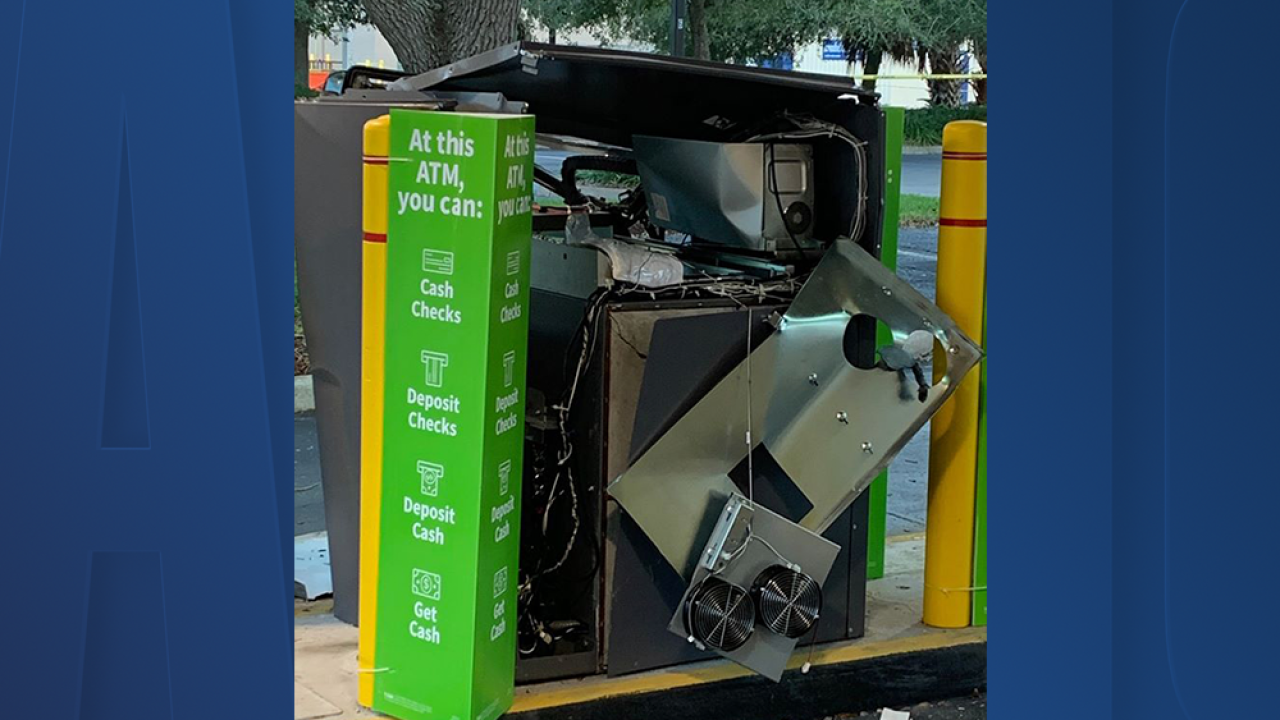 The sheriff's office said the explosion happened at the Regions Bank at 3522 Bell Shoals Road in Valrico.

They said sometime between Saturday evening and Sunday morning, an unknown suspect(s) spray painted the lenses of the surveillance cameras in the area.

Later, there was an explosion from the drive-up ATM, exposing the interior.

At this time, it is unclear how much money was taken from the ATM.

The HCSO, FBI and ATF all responded to the scene. A suspect(s) description is not available at this time.

A similar incident happened on Dec. 22 in Tampa.