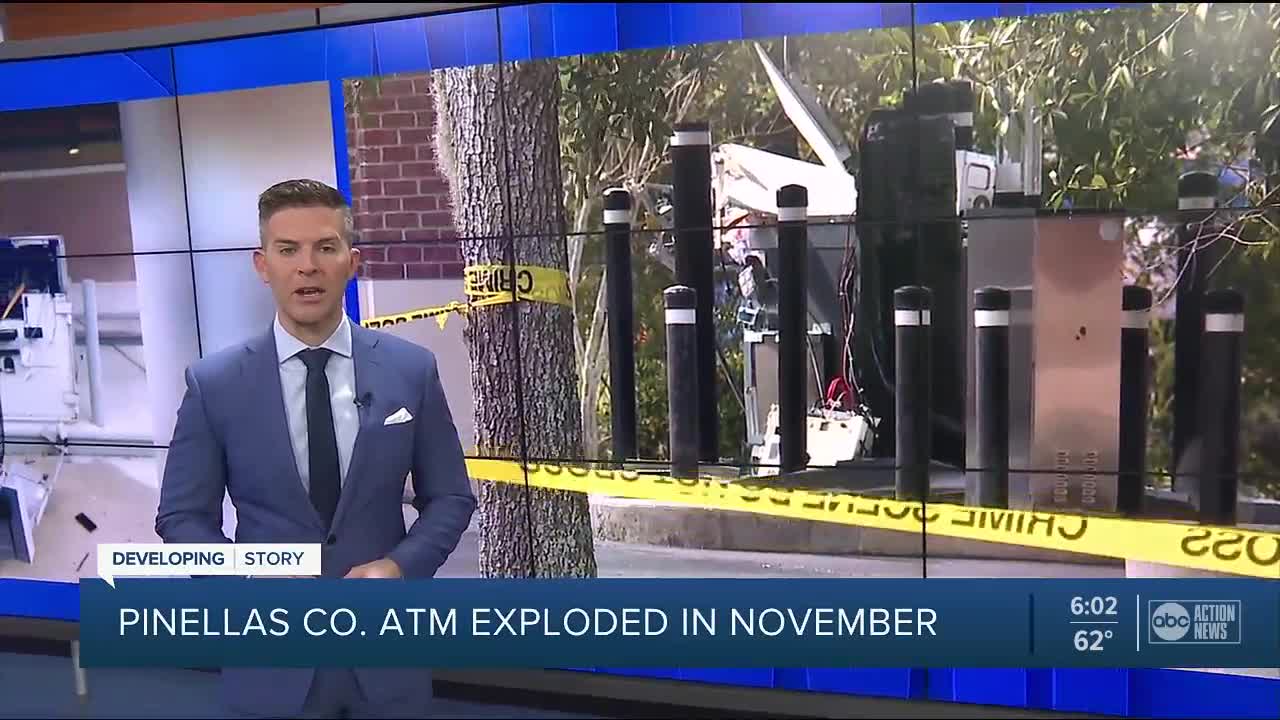 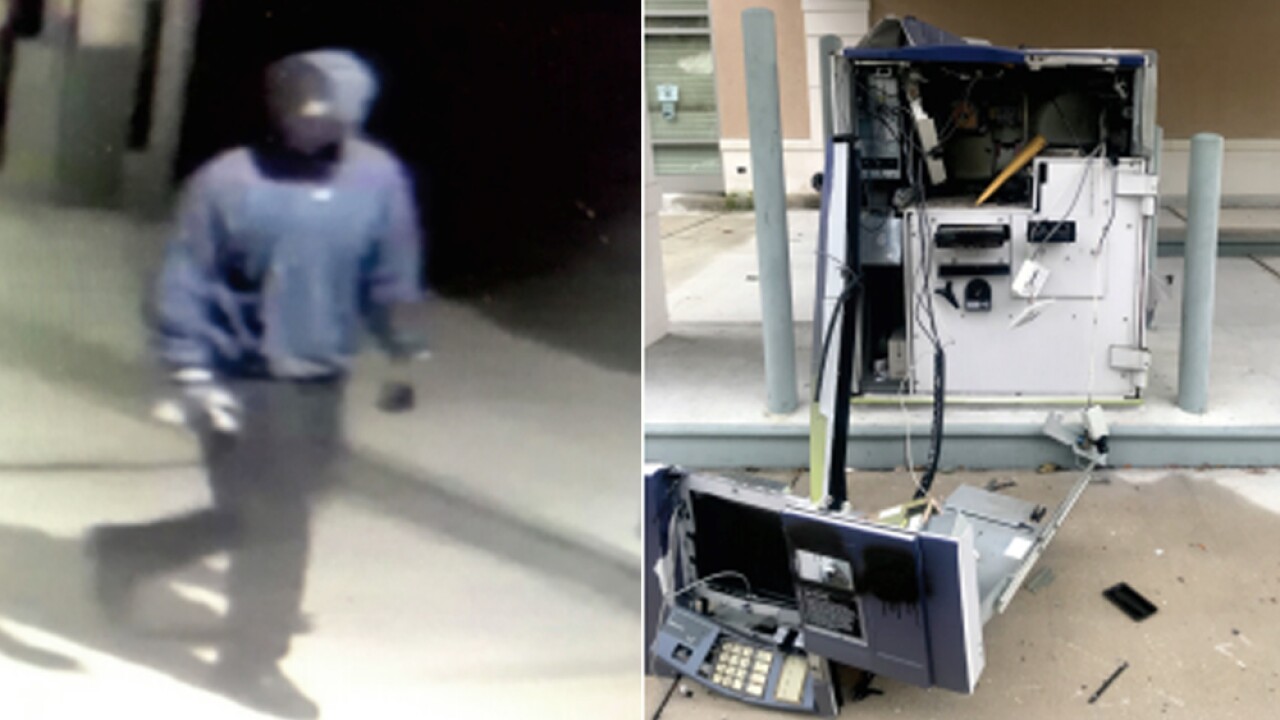 Investigators say that at about 3:00 a.m., a male suspect spray painted the exterior video surveillance cameras black, including the drive-up ATM camera.

About an hour and 15 minutes later, there was an explosion from the ATM.

Deputies say the suspect was unable to gain access to the ATM's internal safe, so no money was taken from it.

They say the incident is similar to one that occurred on November 4 at BB&T Bank in Oldsmar, which is still under investigation by Pinellas County Sheriff's Office.

The suspect was last seen wearing a dark blue sweatshirt with an unknown white symbol on the upper chest, black pants, black shoes, black gloves and a cloth mask that only revealed his eyes.

If you have any information on the suspect or this incident, please contact Hillsborough County Sheriff's Office.