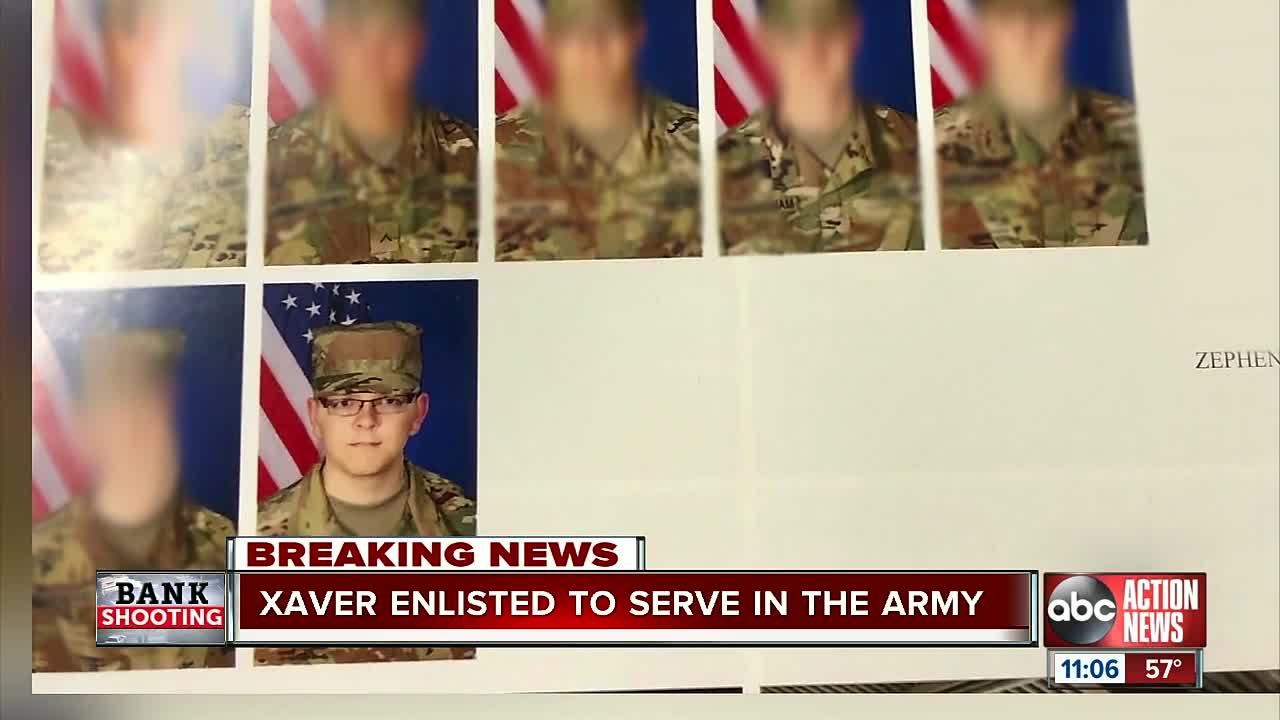 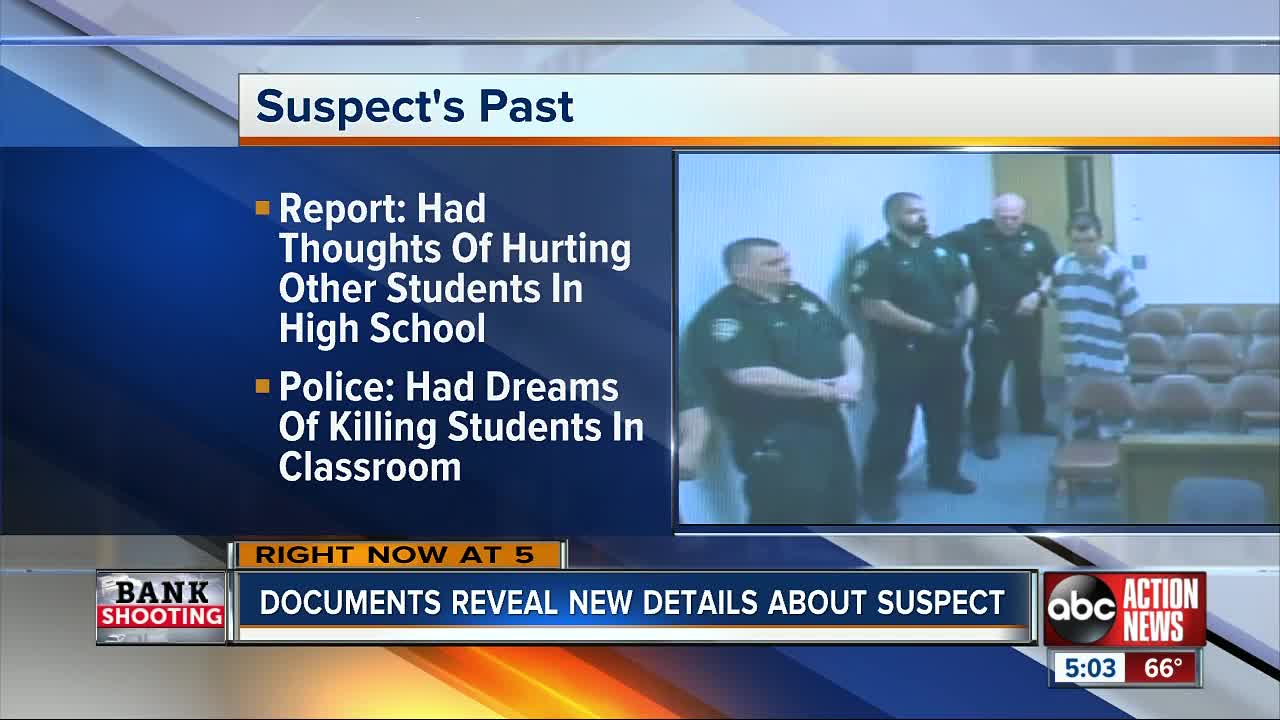 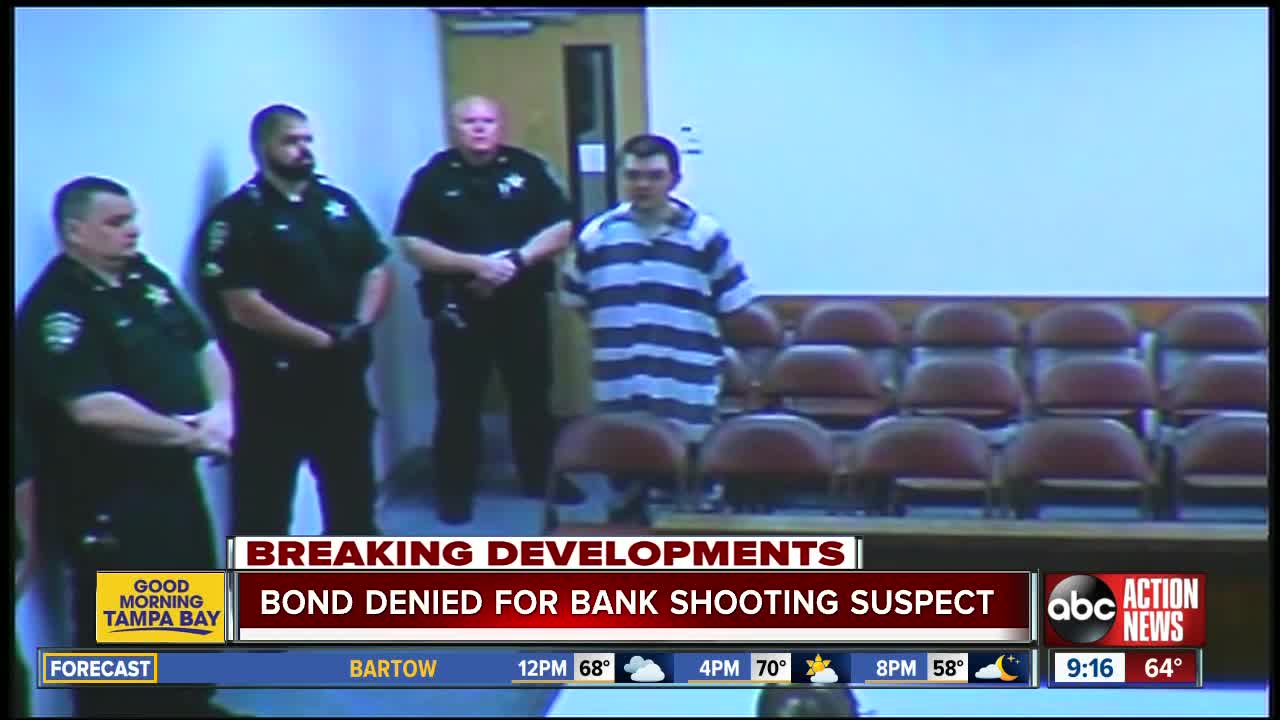 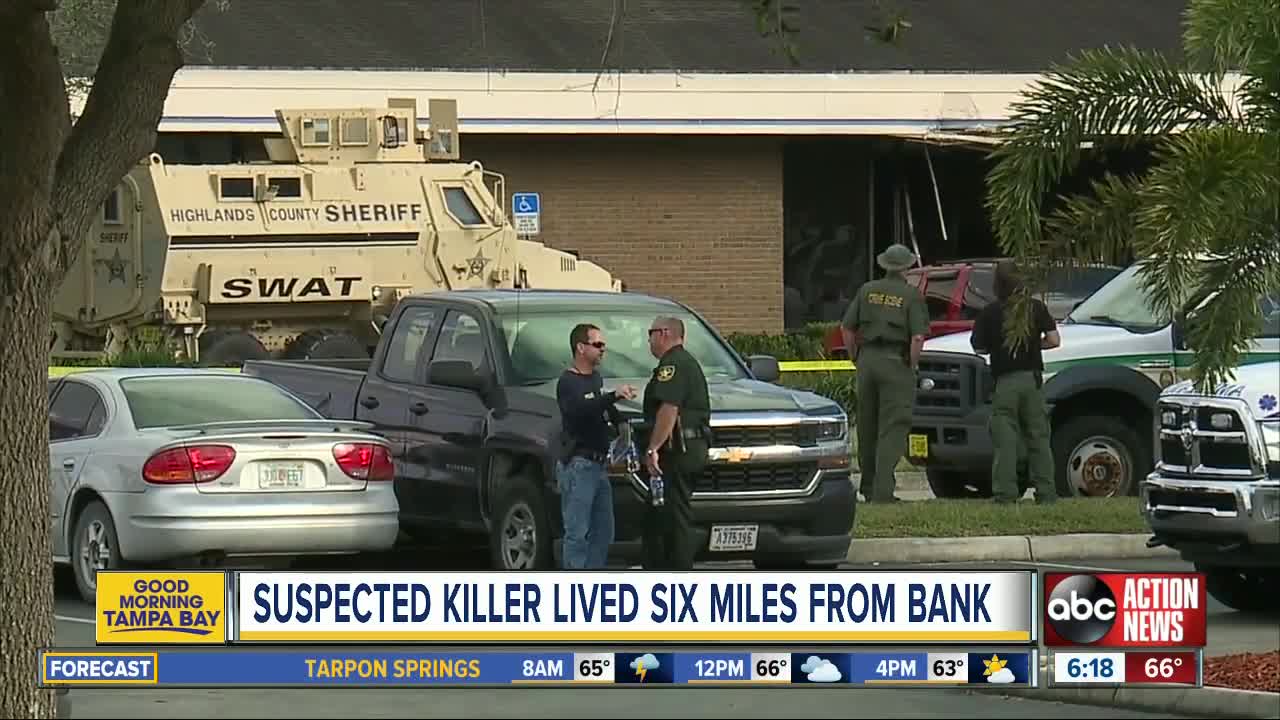 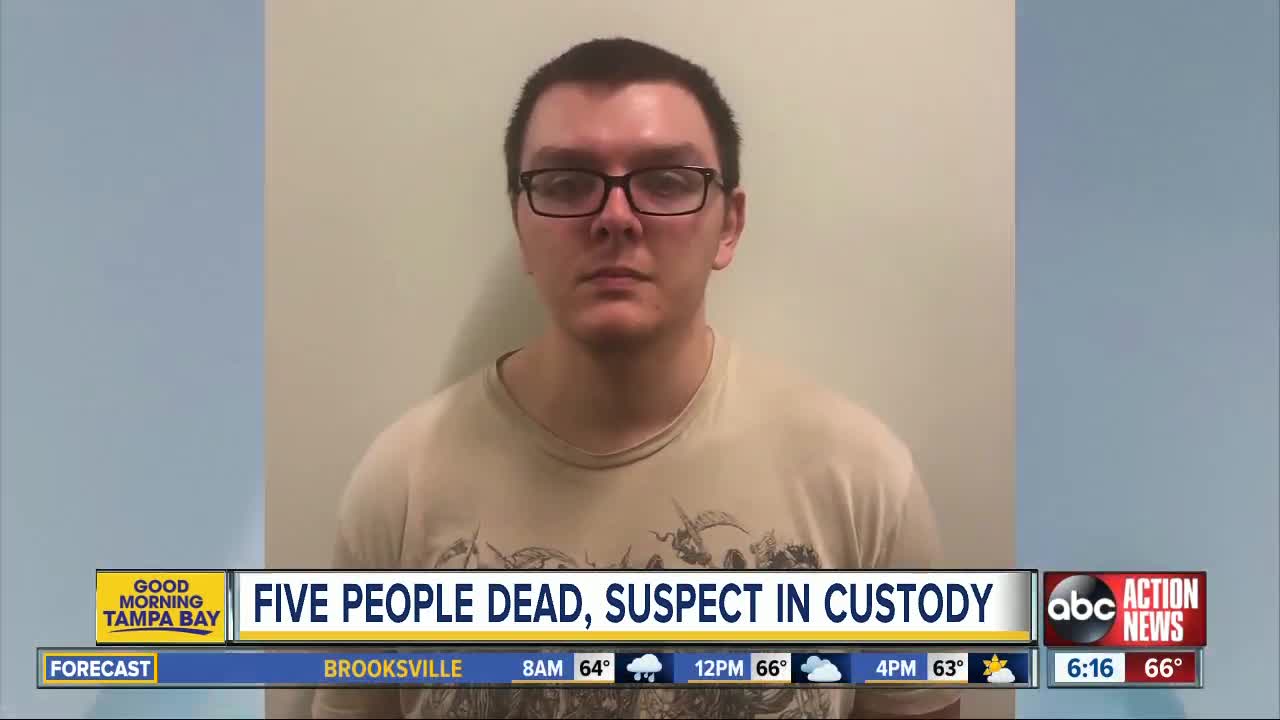 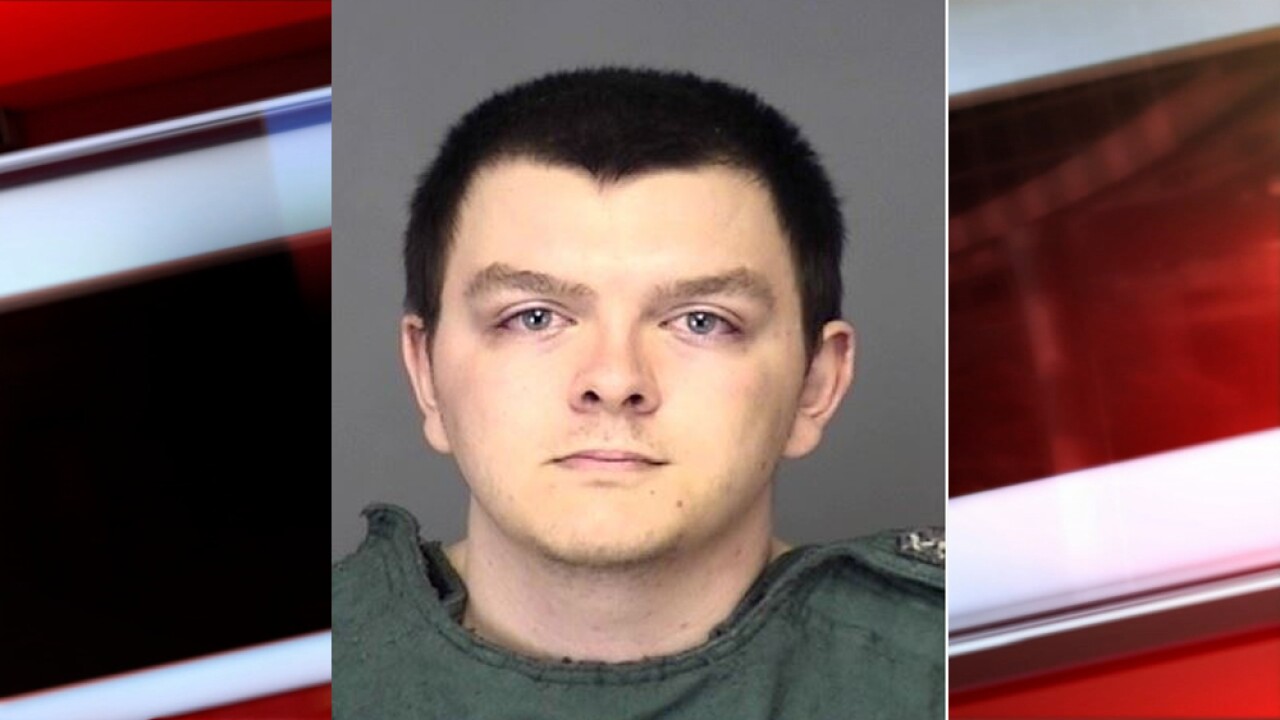 SEBRING, Fla. (AP) — A former prison guard trainee who recently moved to Florida from Indiana killed five women at a small town bank before surrendering to a SWAT team that stormed the building, police said.

The Army also told I-Team Investigator Kylie McGivern exclusively that Zephen Xaver, 21, participated in basic training with the U.S. Army for a few months in 2016, but was separated before completing training, therefore, he was not awarded a military occupational specialty.

Investigators said he called police from inside the SunTrust Bank branch Wednesday to report that he had opened fire. He barricaded himself inside and when negotiations failed, the SWAT team burst in, capturing Xaver and discovering the bodies, police said. Investigators say they have no known motive for the massacre inside the bank, and say he had no apparent connection to the women or the bank.

Just days prior to the incident, Xaver purchased a 9 mm handgun and ammunition, according to Sebring PD. They are working to determine if the gun was the same one used inside the SunTrust bank.

Three of the five victims of the shooting have been identified after their families told officials they want their names to be known to the public. Cynthia Watson, 65, a customer in the bank at the time of the shooting, and 55-year-old Marisol Lopez, an employee at the bank working when the shooting occurred, were the two victims identified by police during a press conference on Thursday. A third victim, 38-year-old Ana Piñon-Williams, was identified by family members at another press conference on Thursday. Williams was a new employee at the bank, having started two weeks before the shooting.

The fourth victim was identified by the Highlands County Sheriff's Office on Friday as Jessica Montague, 31, of Avon Park. Jessica was an employee at the bank.

The remaining victim's name is being withheld in accordance to Marcy's Law, which protects crime victims and their families.

Late Wednesday, police investigators still swarmed the bank, which sits between a hotel and a hair salon located in a business district of U.S. 27. The four-lane highway passes through farming communities and small towns as it connects South Florida and central Florida. Sebring, with 10,000 residents, is known internationally for its annual 12 Hours of Sebring endurance auto race that draws world-class drivers.

"Today's been a tragic day in our community," Sebring Police Chief Karl Hoglund said during a news conference. "We've suffered significant loss at the hands of a senseless criminal doing a senseless crime."

Florida Department of Corrections records show that Xaver was hired as a trainee prison guard at Avon Park Correctional Institution on Nov. 2 and resigned Jan. 9. No disciplinary issues were reported. Public records and neighbors said Xaver had arrived in Sebring last fall with his mother, living in a non-descript pre-fabricated home about 4 miles (6.5 kilometers) from the bank. No one answered the door Wednesday night after police finished searching the home. Public records and neighbors say he and his mother moved to Sebring in the fall from Plymouth, Indiana, a town south of Notre Dame University.

John Larose, who lives next door, said Xaver kept to himself, but he could hear him playing and yelling at video games in the middle of the night.

Xaver briefly was an online student of Salt Lake City-based Stevens-Henager College. A spokeswoman for the college, Sherrie Martin, confirmed that Xaver was enrolled from September 2018 until December, when he withdrew.

Gov. Ron DeSantis was in the region for an infrastructure tour and traveled to Sebring after the shooting. He said the Florida Department of Law Enforcement would assist Sebring police and the Highlands County sheriff's office.

"Obviously, this is an individual who needs to face very swift and exacting justice," DeSantis said of the suspect.

SunTrust Chairman and CEO Bill Rogers released a statement saying the bank was "working with officials and dedicating ourselves to fully addressing the needs of all the individuals and families involved."

The bank's "entire team mourns this terrible loss," he said.

Xaver has been charged with five counts of premeditated homicide.