Zephen Xaver, 21, was arrested after the shooting at a SunTrust branch located at 1901 US Highway 27 S, Sebring police Chief Karl Hoglund said at a news conference.

On Thursday, police released the names of two victims— Cythinia Watson, 65, and Marisol Lopez, 55, were killed inside the bank.

According to police, Lopez worked at the bank and Watson was a customer.

A third victim was identified by family members in a press conference Thursday afternoon as Ana Piñon-Williams, 38. Williams was a new employee to the bank, her brother-in-law said, having started two weeks before the shooting.

The fourth victim was identified by the Highlands County Sheriff's Office on Friday as Jessica Montague, 31, of Avon Park. Jessica was an employee at the bank. She and her husband Jermaine were married almost one year. He tells us the day of the shooting was also his birthday.

The remaining victim's name is being withheld in accordance to Marcy's Law, which protects crime victims and their families.

ABC Action News has confirmed Xaver was a Correctional Officer Trainee at the Avon Park Correction Institution, but recently resigned from his position on January 9.

Sebring Police Chief Karl Hoglund said there is no indication Zephen Xaver intended to rob the bank and there was no apparent connection between him and the bank or the victims.

According to the arrest affidavit, the victims were found in the bank's lobby, lying face down with gunshot wounds to the backs of their heads and upper torsos. There were shell casings lying on the floor near the victims. Xaver was in an office in the bank with the 9 mm handgun and bulletproof vest when he was taken into custody.

Xaver is currently in the Highlands County Jail, being held without bond on five counts of murder in the first degree.

"I Have Shot Five People" 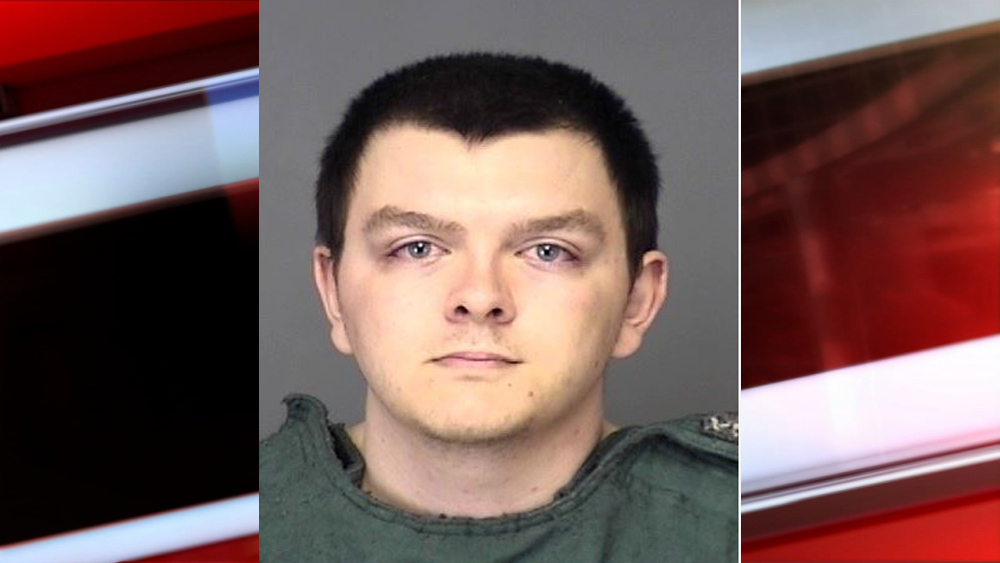 Xaver called 911 around 12:37 p.m. to tell dispatchers that he fired shots inside the bank, according to the Sebring Police.

Police officers and deputies responded to the scene and quickly established a perimeter.

Initial negotiations failed to persuade the barricaded man to leave the bank, so the Highlands County Sheriff's Office SWAT team entered the building to continue negotiations, and Xaver eventually surrendered.

Video from Action Air 1 showed medical gurneys outside the bank while the scene was active.

RECOMMENDED: Who is Zephen Xaver, the Sebring bank shooting suspect?

"This is a terrible day for Sebring, Highlands County and the state of Florida. — Gov. Ron DeSantis

Gov. Ron DeSantis was in the region for an infrastructure tour and traveled to Sebring after news of the shooting broke. He said the Florida Department of Law Enforcement would assist Sebring police and the Highlands sheriff's office in any way possible.

"This is an individual who needs to face very swift and exacting justice," DeSantis added.

An FBI mobile command unit arrived at the bank Wednesday evening to join the investigation.

"We are sorry to learn that we have at least five victims, people who were senselessly murdered as a result of his act in this bank," Sebring Police Chief Karl Hoglund said.

US Highway 27 reopened after being shut down in both directions from Hammock Road to Lakeview Drive for several hours.

The School Board of Highlands County put nearby schools under a controlled campus while the scene was active.

SunTrust Bank released a short statement after the incident.

We are deeply saddened by the tragic shooting at our Sebring, Florida branch this afternoon. We are working with officials and dedicating ourselves to fully addressing the needs of all the individuals and families involved. Our entire team mourns this terrible loss. — Bill Rogers, SunTrust Chairman and CEO

The Sebring Mayor also issued a statement on the shooting:

Our community was rocked today by an individual who committed an unprovoked senseless act of violence. As a result, five of our citizens lost their lives. Their loss weighs heavy on our hearts and we cannot imagine the pain their families and friends are feeling. We are a small, close-knit county. We live in a wonderful area and tragedies like this are not supposed to happen here. The world continues to change however, and events take place that simply have no explanation.
Acts like this cannot deter us from living our lives freely from fear and deprivation. We need to continue to work together as a reminder of who we are and why we live here. We need to reach out with prayer and love for the victims and their families. The path turned dark today, but as we move on we will grow stronger.
I cannot say enough for the actions of the Sebring Police Department and the Highlands County Sheriff's Department. Our officers are put in harm’s way all too often, but responded without trepidation.
Pray for the families and their lost loved ones. Pray for our City, and that we will come together to grow and strengthen our community.

“The Lord's Hands Were On Me Today"

One retired couple told us their story the day of the shooting. They had a lot of errands to run and say that had they gotten to the bank a little sooner, they could have been killed as well.

“It didn’t make any sense why would the doors be locked, so I peeked inside and that’s when I saw the people laying on the floor and the guy walking across the room between me and them, “ said Victor Sparks his voice cracking. “He had his back to me so he didn’t see me. I was afraid there might be someone helping him in the parking lot so I just pretended to walk away calmly back to our car. As I walk back to the car, that’s when I heard it, too big bangs. I wasn’t sure what it was but I knew I had to get out of there.”

Sparks later learned that the people he saw lying on the floor had been killed.

“We got in the car and went to church,” said Victor Sparks. “The Lord’s hands were on me today. We are praying for all those families who lost their loved ones today and for the parents of that boy who just blew his life away for no reason.”

Charged and Held Without Bond

Xaver made his first court appearance Thursday morning. During that time, he requested a public defender and was charged with five counts of premeditated homicide in the first degree. Judge Ritenour held Xaver without bond.