Deputy Gentry was shot in the line of duty on May 6 and passed away the following day. 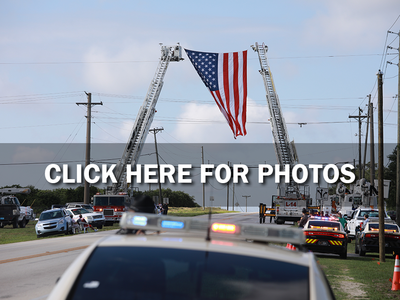 Deputy Gentry's funeral services are planned for 11:00 a.m. on Tuesday, May 15 at the Highlands News-Sun Center located at 781 Magnolia Avenue in Sebring. Memorial contributions can be made to the Highlands County Sheriff's Office at 400 S. Eucalyptus Street in Sebring. 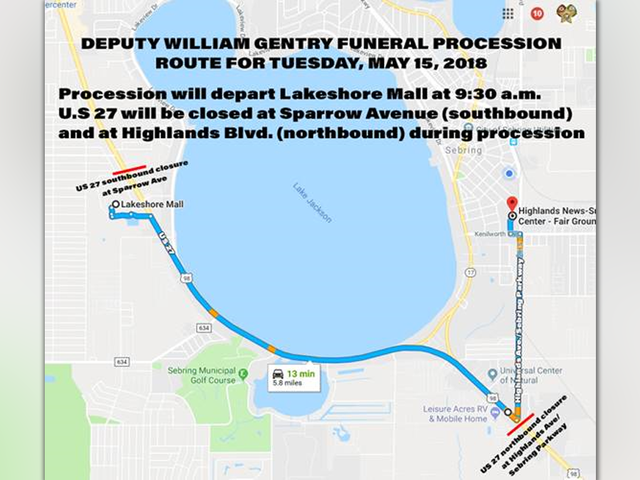 The family is requesting donations to www.rescueranch.com in lieu of flowers.

Deputy Gentry was born on Nov. 3, 1977 and grew up in Fort Myers. He attended Lemon Bay High School for one year before moving to Lake Placid and attending Lake Placid High School, graduating in 1996.

Deputy Gentry joined the Highlands County Sheriff’s Office family on March 23, 2005. He immediately fell in love with the work of the K-9 Unit, and joined that unit as soon as he was able. He and his partner, Roni, patrolled Highlands County for the next four years. When Roni was retired from duty in 2012, Deputy Gentry could not bear the thought of leaving him at home and taking another dog to work, so he transferred back to road patrol.

He soon transferred to the Special Investigations Unit, working to keep the streets of Highlands County free from illegal drugs.

A talented artist and woodworker, Deputy Gentry left the Highlands County Sheriff’s Office in 2013 to make custom pool cues. He came back to the agency on Feb. 1, 2017. In April of 2018, he became a Field Training Deputy, taking on the task of mentoring young deputies as they began their law enforcement careers. He was doing just that when he was taken from us.

Deputy Gentry is survived by his parents, William J. “Jack” Gentry and Susan, as well as his younger brother Kevin, who is a detective with the Highlands County Sheriff’s Office; his former wife, Jennifer; and many aunts, uncles and cousins.

He is also survived by his four dogs, who were the center of his world away from work. In addition to Roni, his faithful partner, he also opened his home to Sika, Chubbs and Link.

Even in death, Deputy Gentry is a hero. His organs were donated and have already helped save the lives of six people.  “Greater love hath no man than this, that a man lay down his life for his friends.” -- John 15:13 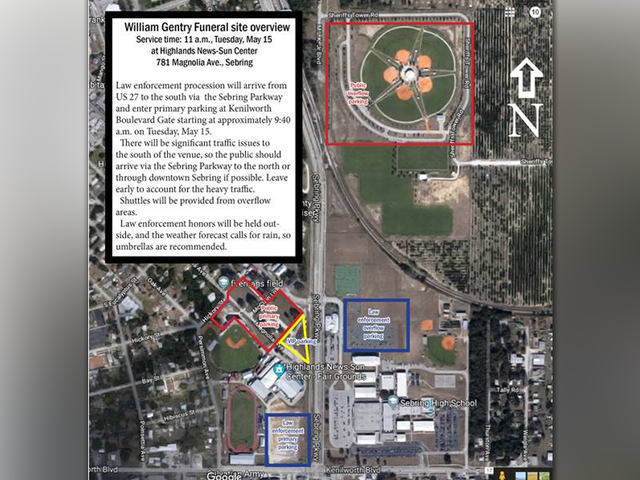