LAKE PLACID, Fla. — A Highlands County deputy has died after being shot in the head in Lake Placid on Sunday evening.

According to the Highlands County Sheriff's Office, Deputy William Gentry Jr., 40, responded to 234 Baltimore Way to speak with a neighbor who was suspected of shooting a cat.

Once Deputy Gentry got to the front door, Joseph Edward Ables, 69, allegedly shot Deputy Gentry. This happened just before 8 p.m. Sunday evening. Ables has been charged with first-degree murder.

It is with tremendous sadness that I report that Deputy William J. Gentry Jr. passed away at 1:10 p.m. today, May 7, at Lee Memorial Hospital as a result of his injuries.

Please keep his family and our HCSO family in your prayers. We will release details about the services as soon as we have them.

Deputy Gentry is survived by his mother, father, and brother who is also a member of the Highlands County Sheriff's Office. 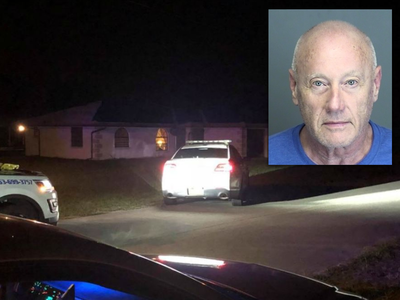 As of Monday morning, Ables faces five charges including homicide murder dangerous depraved without premeditation, possession of a weapon by a convicted felon, resisting an officer with violence, destroying or tampering with evidence and violation of probation. According to the sheriff's office, those charges will likely be upgraded as a result of Deputy Gentry's death. 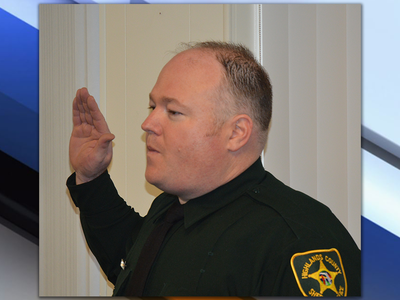 Deputy Gentry served as a deputy with the Highlands County Sheriff's office a total of 8 years and 4 months. His roles included being a member of the K-9 unit, serving as part of the Special Investigations (Narcotics) Unit, and training deputies.

According to the sheriff's office, Deputy Gentry is the 3rd person killed in the line of duty, but the first deputy to have been killed at the hands of a suspect.

A memorial for this hero continues to grow outside the sheriff's office, honoring the man who died serving his community.

"Say a little prayer to let the family know that we're behind them," said Velvet Montgomery.

"We're family," said Montgomery. "Whether you have family working there or not, you defend them."

Marie Salvador's brother was also on duty for the Highlands County Sheriff's Office Sunday night. She knows that deadly call for service could have gone to him.

"It's hard, you never know what's going to happen," said Salvador. "People that have family in this, there's really nothing that can explain it."

Lt. Chris Smith remembers his longtime friend as a perfectionist, in a job that rarely goes as planned.

"To not be there and help him, it hurts," said Lt. Smith, in tears. "It's extremely difficult."

A vigil for Deputy Gentry was originally scheduled for Tuesday, May 8 at Devane Park, but it was canceled in hopes of doing something bigger, according to a post on the Facebook event page.

"Dear all, we are cancelling tonight, we are working with the sheriff's office to do something big all together rather than in each town. Stay tuned!!! Information coming soon. ❤️ Please share"

During a press conference on Tuesday, it was announced the official candlelight vigil, which will be open to the public, will be held at the Sebring High School football field (Firemen's Field) on Wednesday, May 9 at 8 p.m.

On Monday, May 14, there will be a private viewing for family only.

On Tuesday, May 15, at 11 a.m. at the Highlands News-Sun Center, there will be a law enforcement memorial service where hundreds of officers from across the state and nation are expected to be in attendance. Drivers are urged to avoid the area if possible as traffic issues are expected.