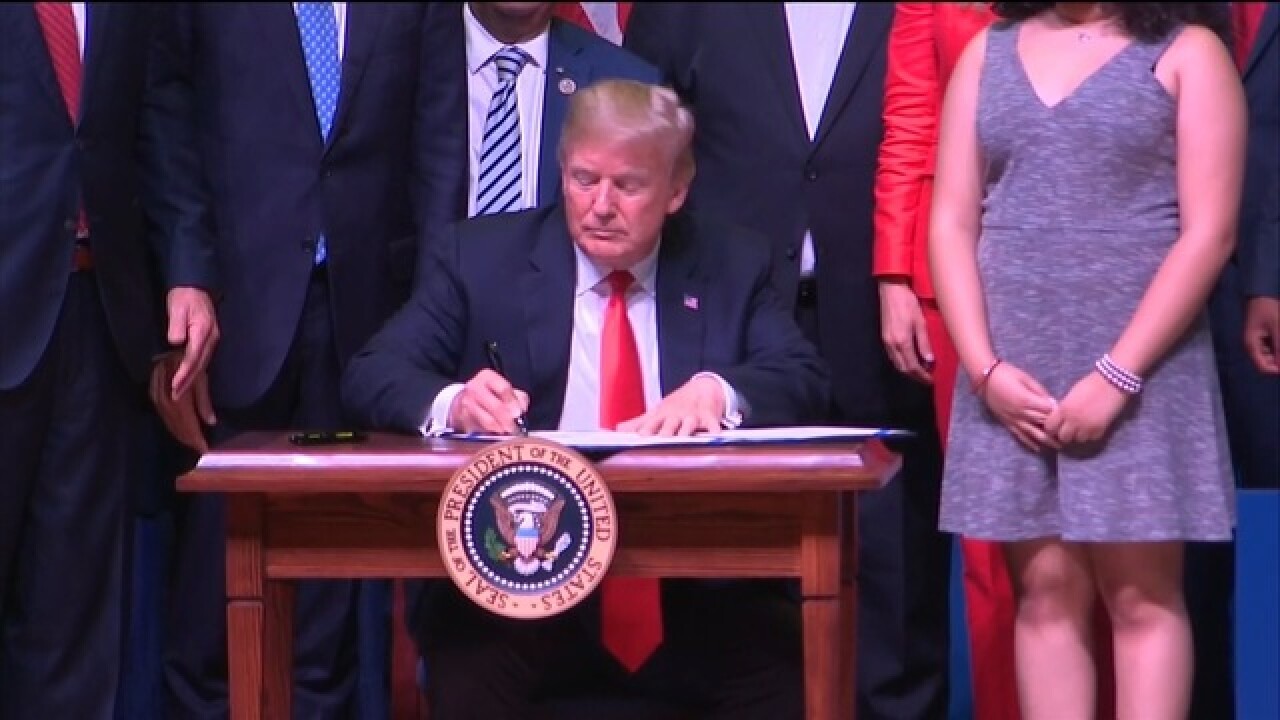 He also spoke about legislation that could help 11 million students in the country. It is known as the Carl D. Perkins Career and Technical Education Act, which he signed today. ABC Action News learned it gives states the freedom to provide students with grants toward degrees in technical education.

President Trump's visit to Tampa on Tuesday, July 31 | Everything you need to know

Tampa Bay Technical High School is an example of a school where students get training in trades like auto repair. Xzayvier Harden is a welder. He graduated from the school and said his education landed him a job immediately.

“Me personally, I’m not a school person. I’m more hands on. I enjoy welding. It’s a soothing thing to be around, even with the heat. It’s good money and a good living,” Harden said.

Hillsborough County Public Schools added Harden is an example of its success. They said last year Tampa Bay Technical High School’s graduation rate was one of the highest in the district at 97.6%.

“I’d really love for them {the protestors} to start looking at the facts and not just look at what’s being said…looking at the details and...facts...most importantly,” Russ Winstead, who attended the event, said.

On the other hand, protestors said they believe President Trump is not doing anything new. Some demonstrators gathered across the street from the high school.

The Florida Democratic Party Spokesman wrote in an email in part, “this event is nothing more than a photo-op, but Floridians know Scott's true record in putting his own political future first by cutting funding for Florida's education programs.”

“We are not happy, to put it mildly, with the job that our president is doing, (or) the job that the cabinet is doing about almost anything,” Diane Rodriguez, who protested the event, said.