President Trump's visit to Tampa on Tuesday, July 31 | Everything you need to know 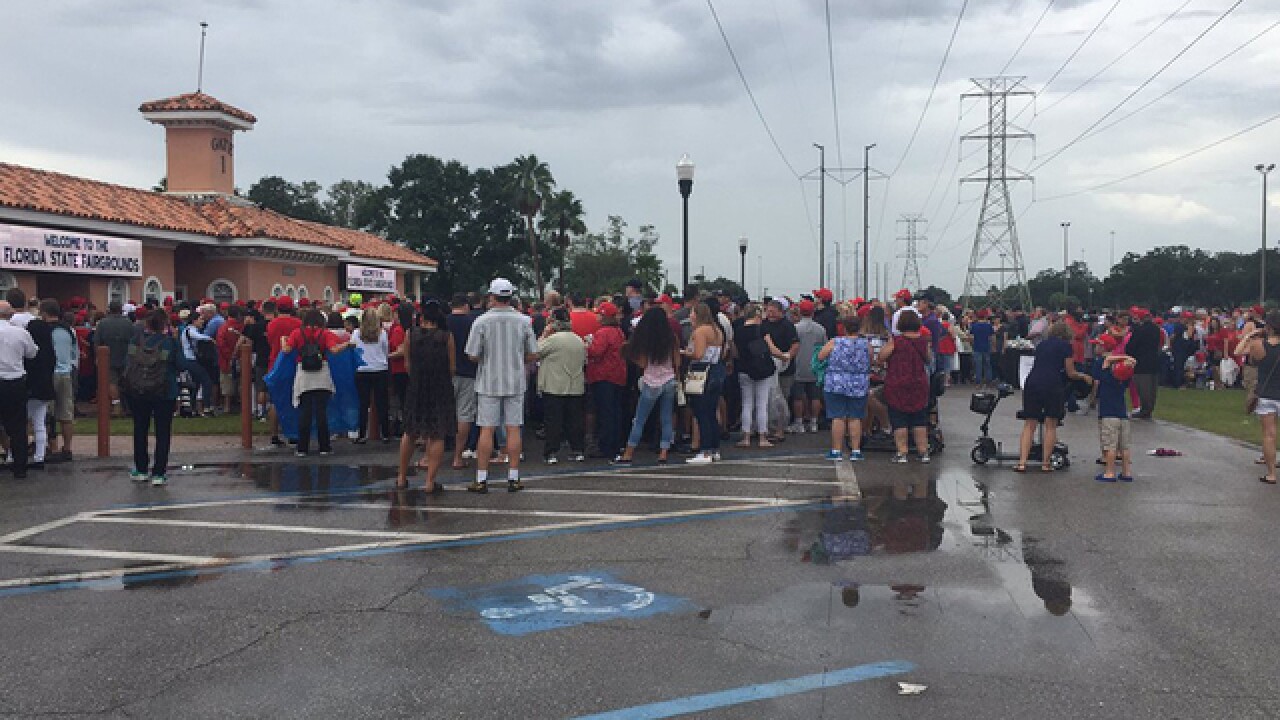 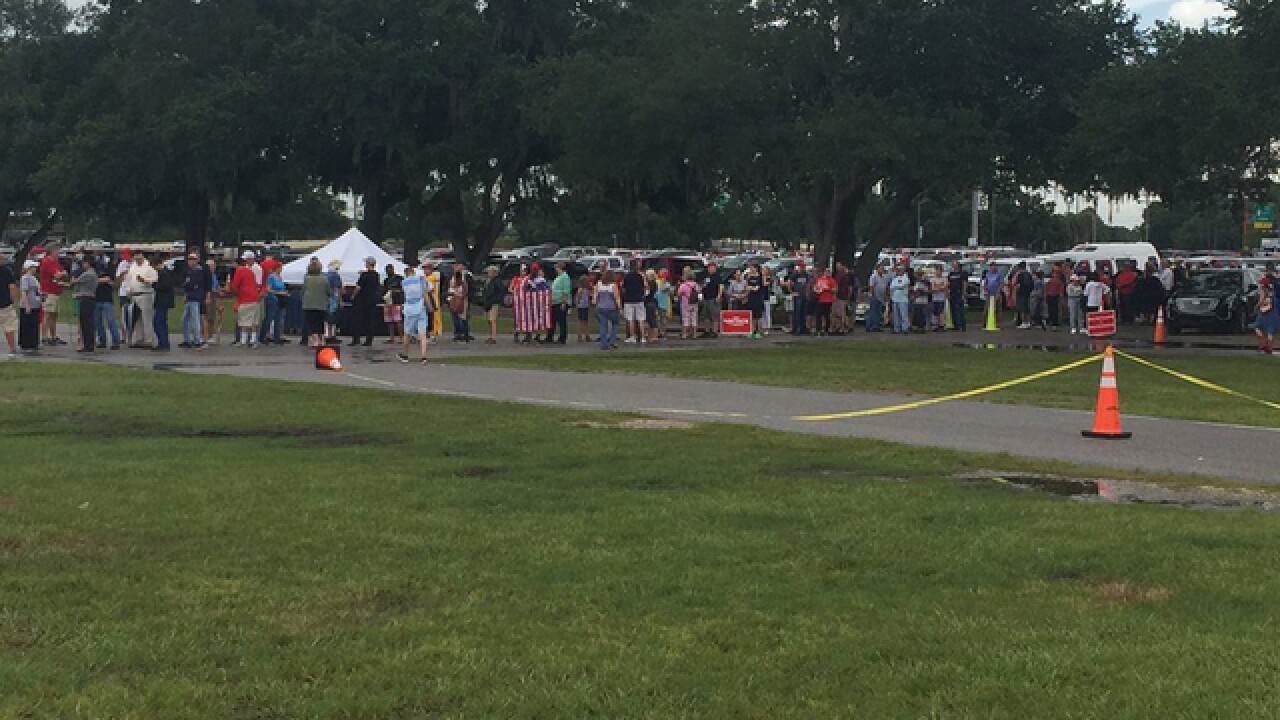 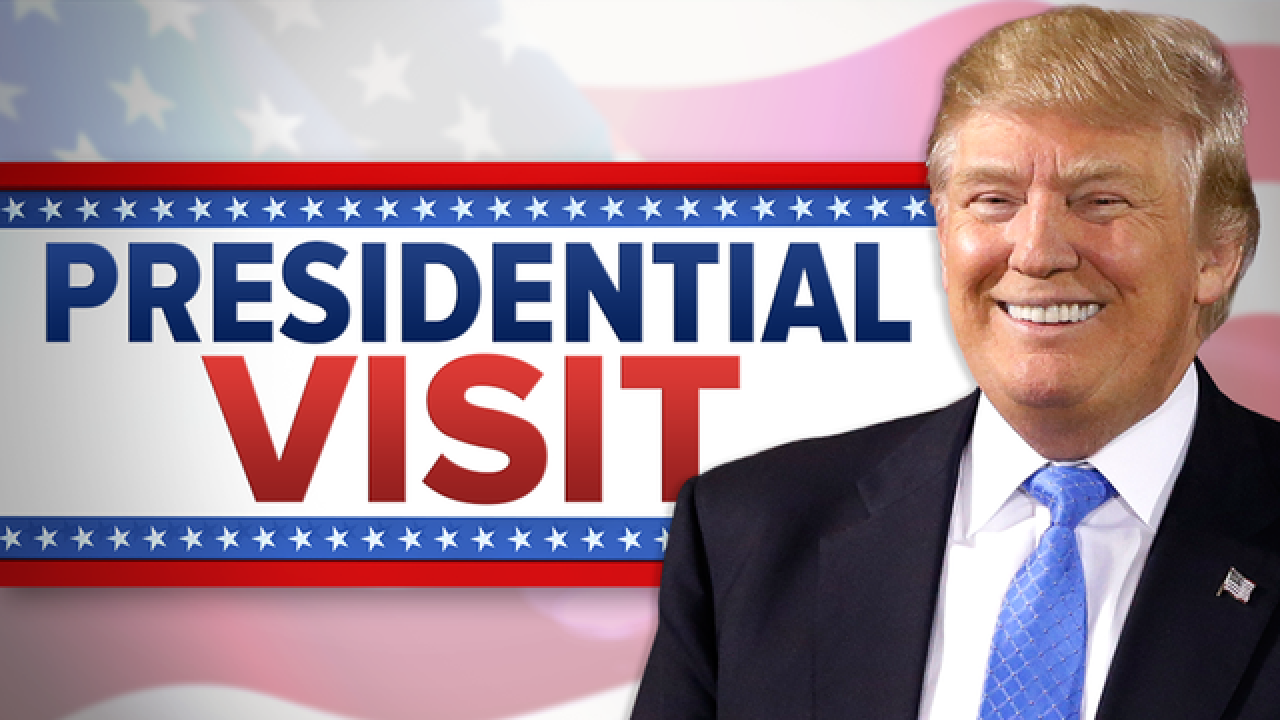 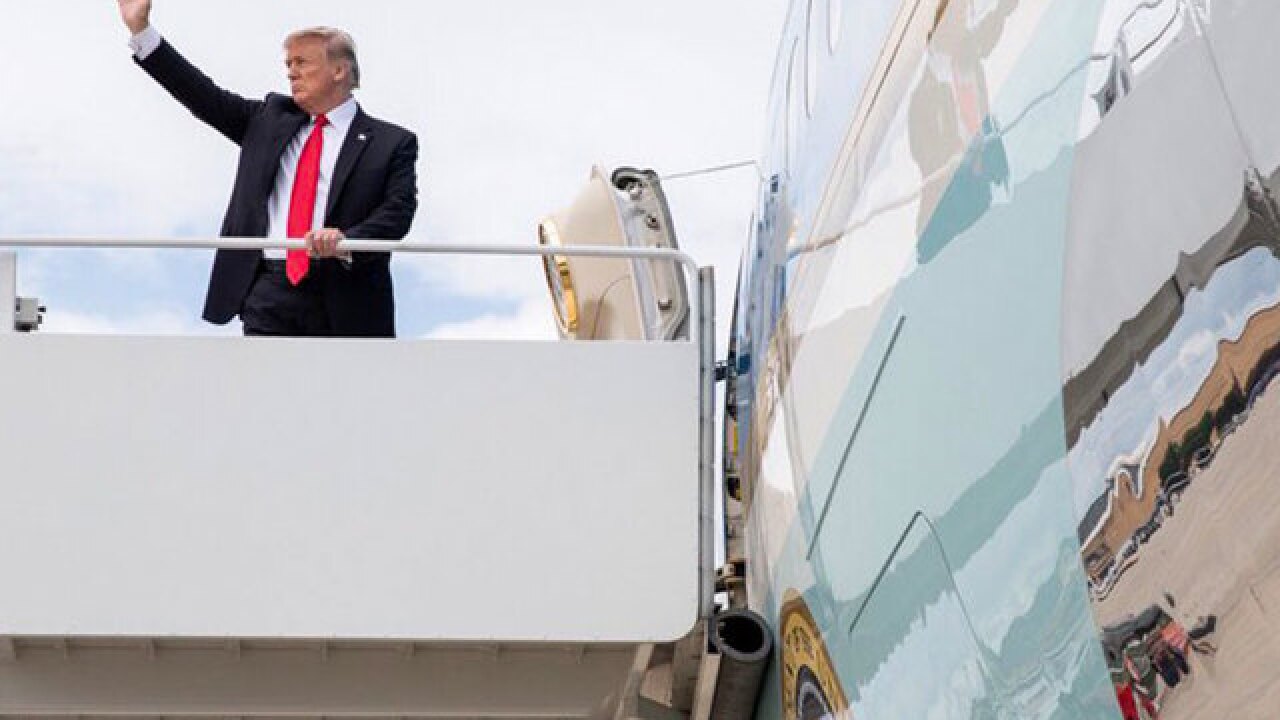 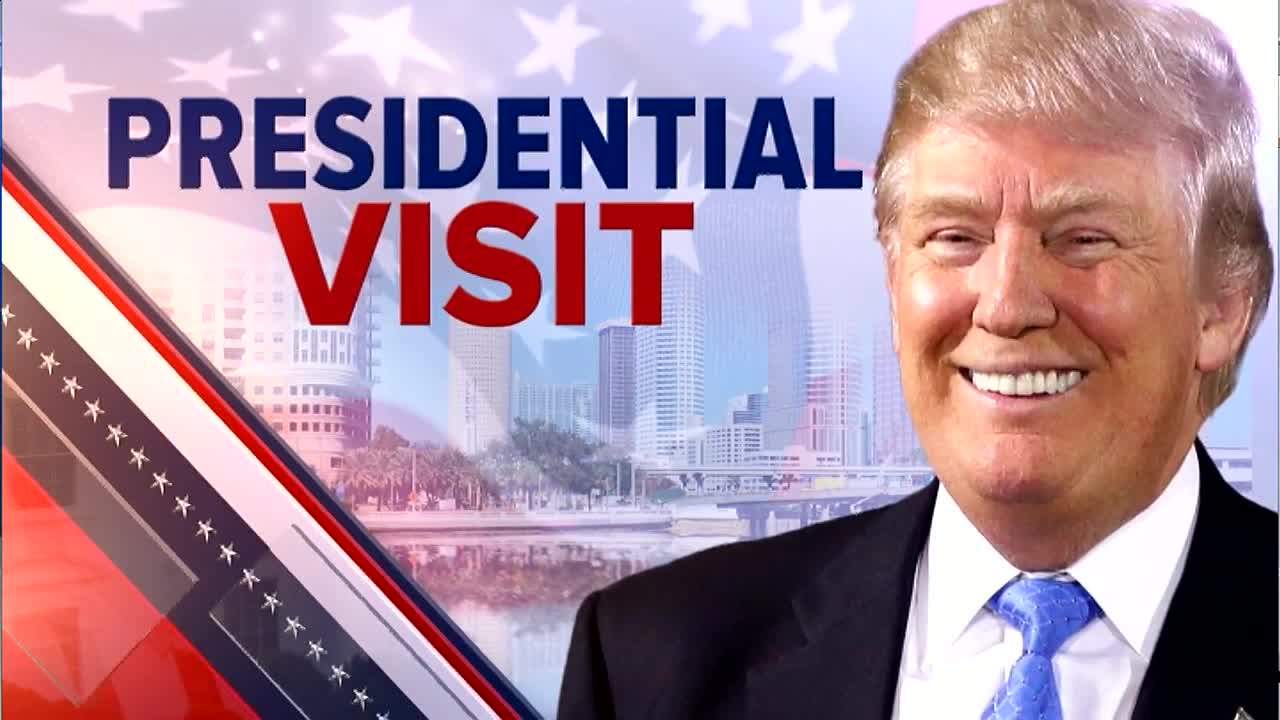 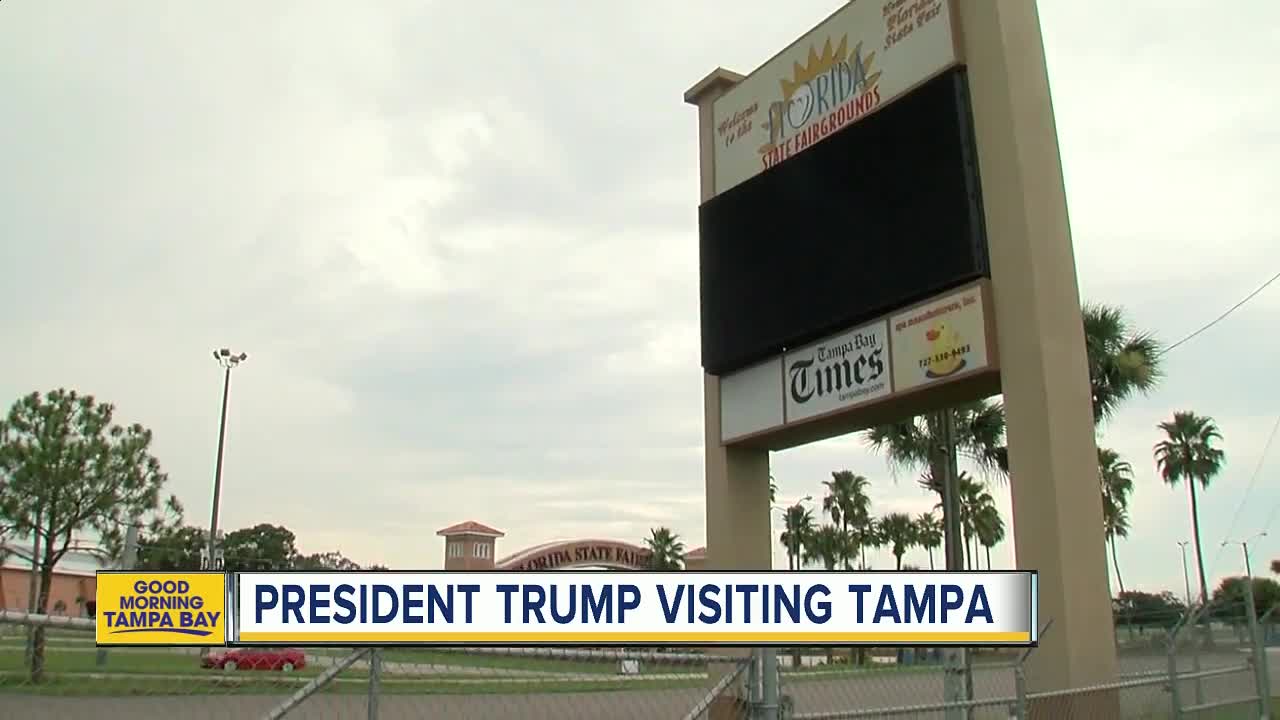 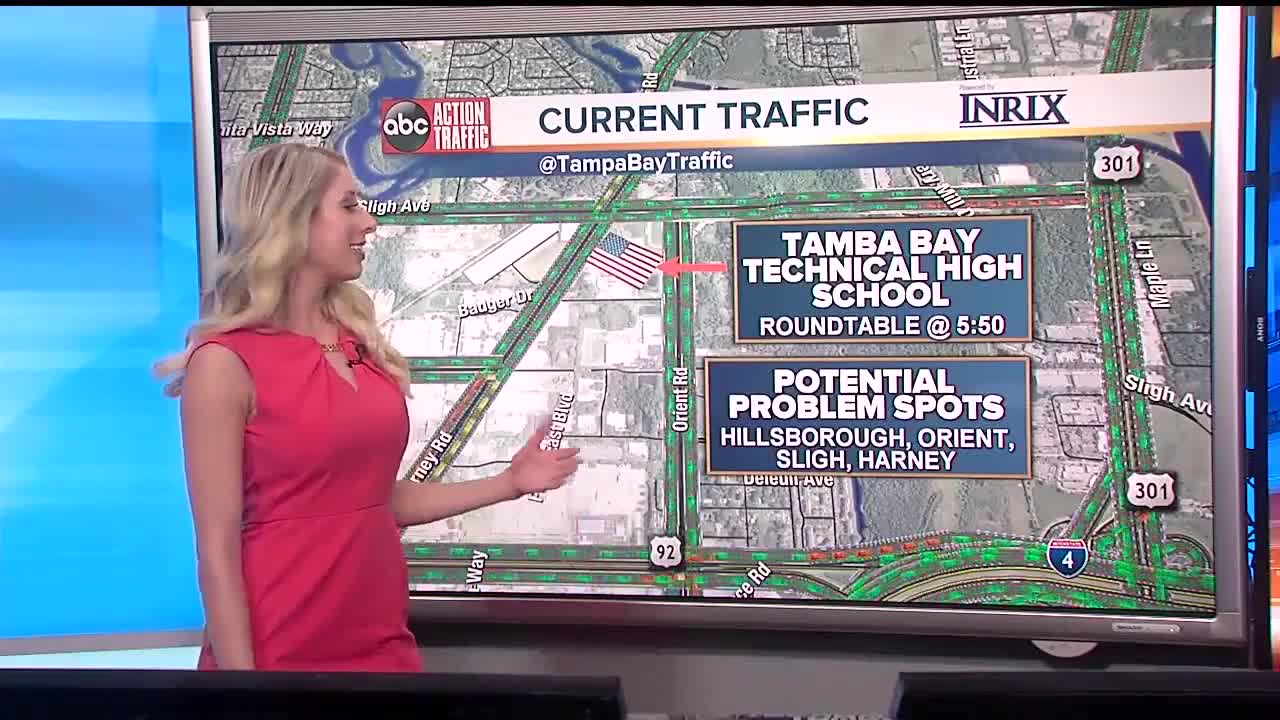 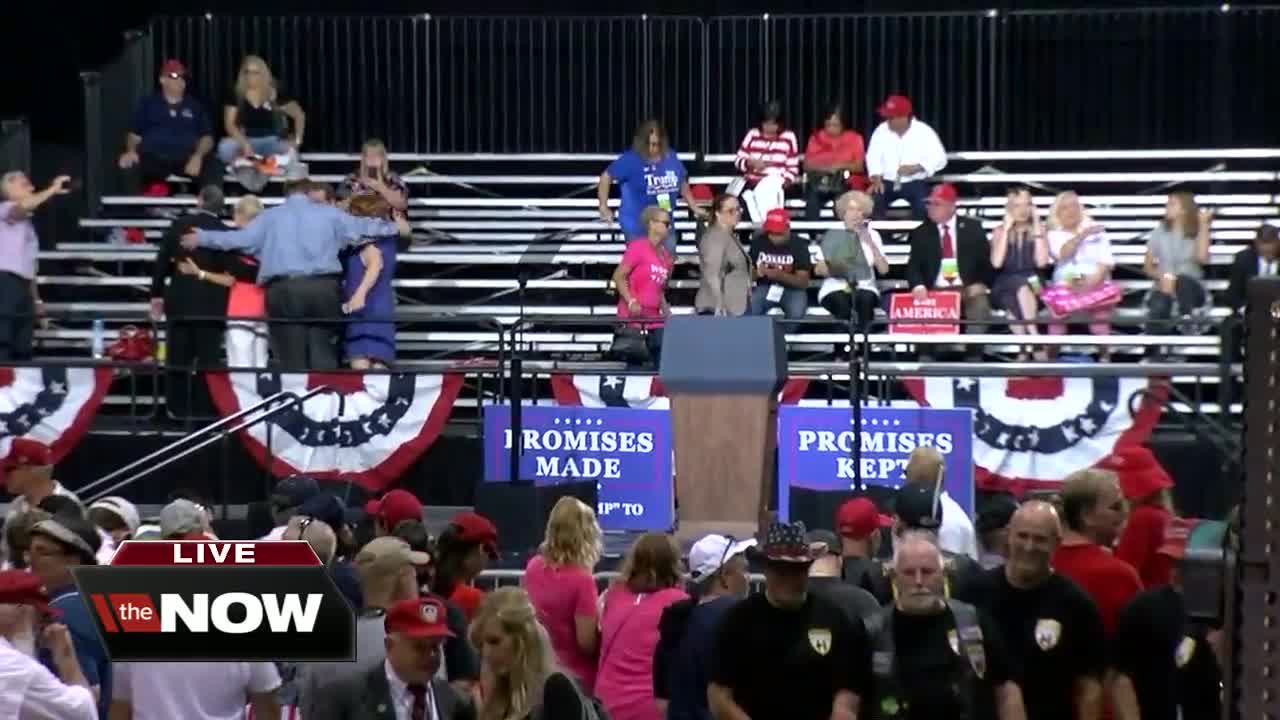 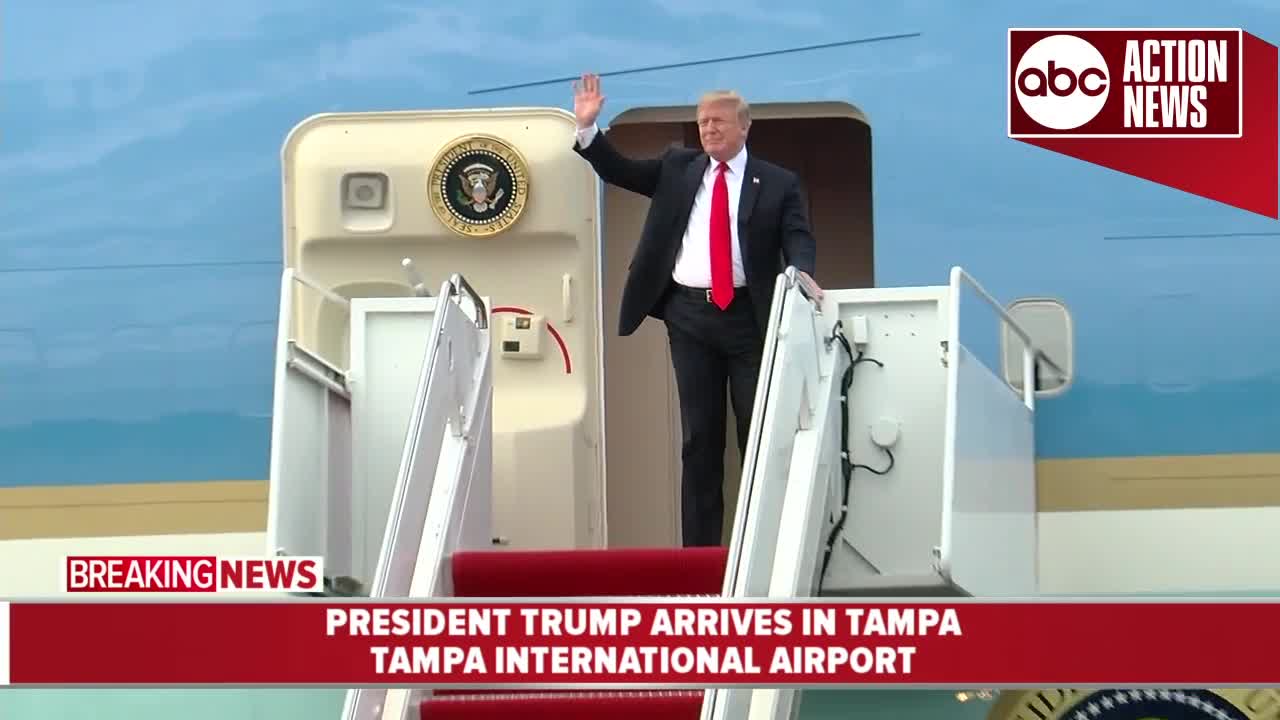 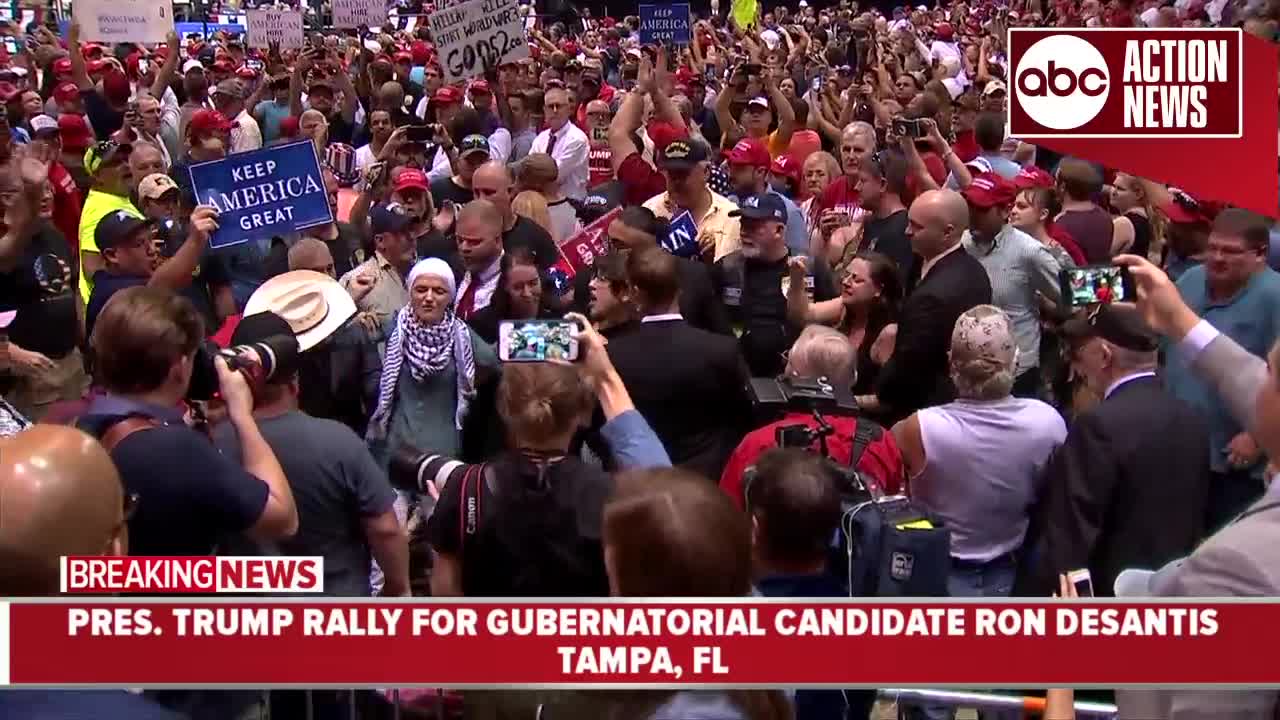 TAMPA, Fla. — The city of Tampa is gearing up for a presidential visit on Tuesday evening.

How President Trump in Tampa could impact your evening commute, WATCH VIDEO HERE:

President Donald Trump is holding a rally on Tuesday at 7 p.m. at the Florida State Fairgrounds in Tampa.

A handful of protesters gathered outside the fairgrounds expo hall in Tampa, Florida, to protest President Donald Trump's visit hours before his scheduled arrival.

One of the early protesters was Democratic gubernatorial candidate and Florida billionaire Jeff Greene. He parked a bus with the words "Trump's worst nightmare" outside the venue Tuesday, drawing more than a few heckles and taunts.

He says he wants Trump "to see that not everyone believes in what he does here in Florida."

Another protester held a sign showing Trump and Russian President Vladimir Putin and brought a speaker to play The Beatles' "Back in the U.S.S.R." repeatedly.

The song mixed with the taunts from people in cars and a man screaming into a loudspeaker about Jesus.

Tuesday's rally will be the 36th rally that President Trump has held in Florida and his eighth rally in the Tampa Bay Area, since he first began his run for the presidency in 2015.

Will be in Tampa tonight. A big year for @RepDeSantis, who will be a great governor for Florida. Strong on Crime, Borders and our 2nd Amendment. Big help on Tax & Regulation Cuts. Loves our Military & our Vets. Has my Full & Total Endorsement!

What you need to know about the rally:

Congressman Ron DeSantis, a top student at Yale and Harvard Law School, is running for Governor of the Great State of Florida. Ron is strong on Borders, tough on Crime & big on Cutting Taxes - Loves our Military & our Vets. He will be a Great Governor & has my full Endorsement!