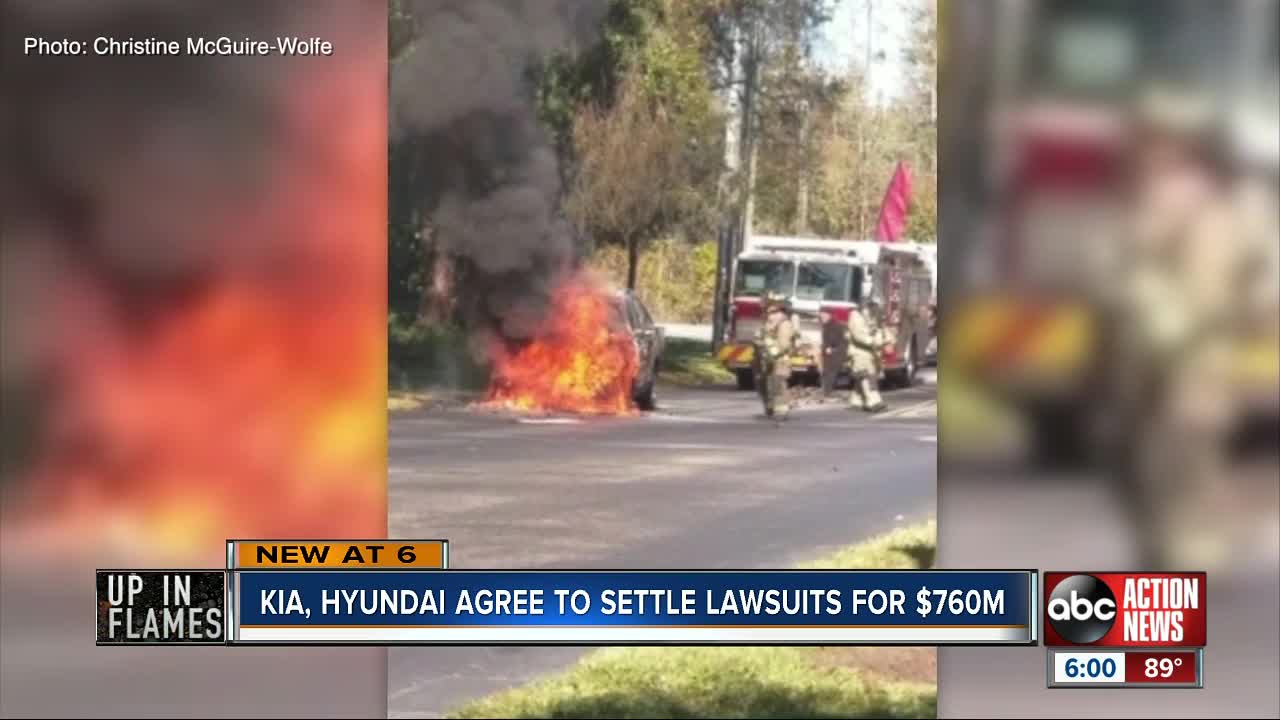 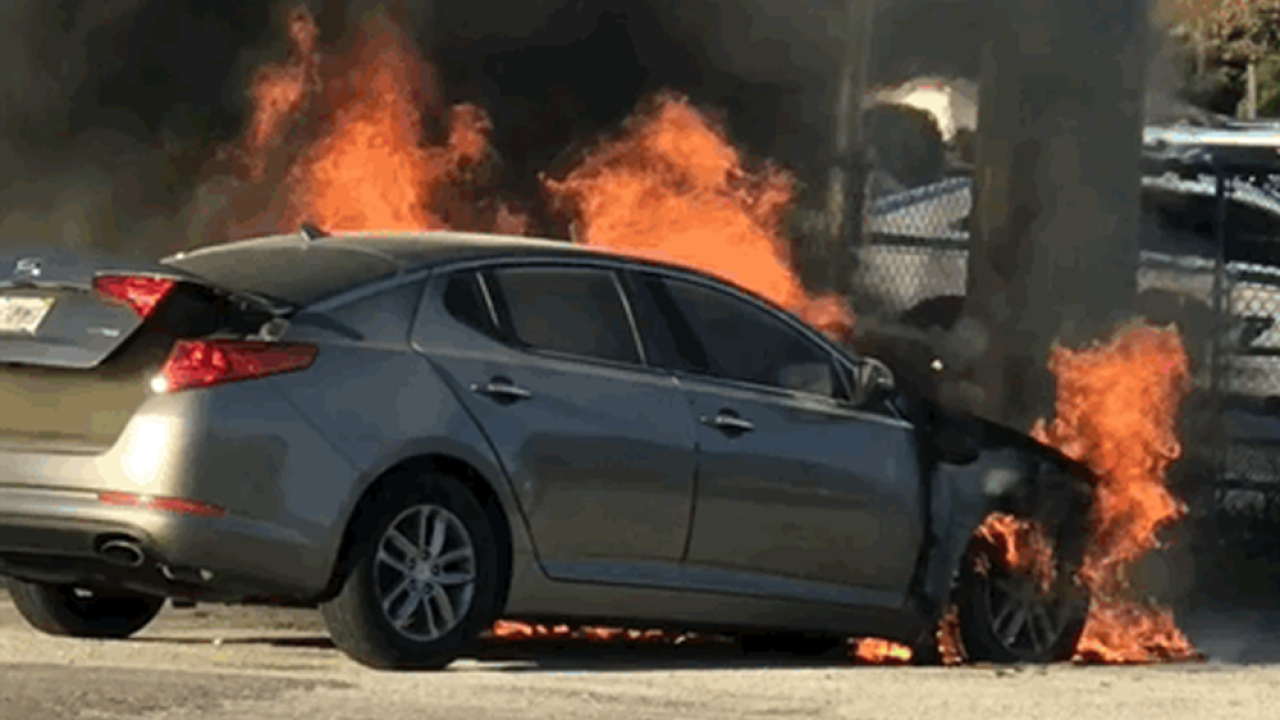 The announcement could provide more than $760 million in cash reimbursements for repairs and related expense to Americans who own certain model vehicles, according to information provided to investors by Kia Motors Corporation and Hyundai Motor Company.

STREAMING ORIGINAL: Up in Flames | An ABC Action News Investigation into Kia and Hyundai vehicle fires

The settlement would include 2.3 million Hyundai models and 1.8 million Kia models.

Hyundai Settlement of Class Action by wftsweb on Scribd

In February, the I-Team reported dozens of plaintiffs in Florida, New Jersey and California filed lawsuits against the South Korean carmakers in federal court, seeking damages for the vehicle fires.

But this is the first news of a potential settlement – and the first time Hyundai and its sister company Kia have been willing to acknowledge responsibility for the engine fires in federal court.

MORE: Complete coverage of the Kia, Hyundai vehicle fires and our investigations

So far, the settlement deal does not include the Kia Soul, which was involved in a fatal fire.

Carol Nash told the I-Team she watched her son, Keith, burn alive inside her 2014 Kia Soul in an apartment parking just outside of Cincinnati in 2017. Nash has called for federal regulators and the courts to take action against the automaker.

Court records show the settlement is not a done deal yet, but in federal filings, both class action attorneys and lawyers for the Kia and Hyundai seemed to agree about the terms of the settlement, which would include cash reimbursement for repairs, refunds for towing and rental car expenses related to the fires and lifetime warranty coverage for engine repairs.

Had the case gone to trial, hundreds of pages of internal documents from Hyundai may have been released in open court.

One of the lawyers involved in the suit reported he personally took depositions from two Hyundai Motor Company employees. In court documents, class action attorney Matthew D. Schelkopf said both Hyundai employees traveled from South Korea to Los Angeles for the depositions, which lasted two days and covered hundreds of pages of documents handed over by Hyundai during the court discovery process.

In a presentation to investors dated Oct. 11, Kia said “expected benefits” of the settlement meant the company could “refrain from wasteful dispute, strengthen customer satisfaction/trust, and focus on sales/new model cycle in US market.”

Hyundai notified investors that it hoped to “Improve credibility of the brand by early termination of lawsuits through voluntary settlement.”

The proposed court settlement would not clear up all ongoing legal issues for Kia and Hyundai.

An Oklahoma family has filed a separate lawsuit against Kia after their 2019 Kia Soul rental car caught fire on an Oahu highway in June during a Hawaiian vacation. The family reported the brakes weren’t working and the car came to a stop next to a concrete median, blocking the driver’s side door – trapping 33-year-old Jordan Carlton inside. Carlton remains in intensive care in a Dallas hospital burn unit.

Proposed Order by wftsweb on Scribd

Earlier this year, prosecutors in South Korean announced indictments against three former Kia and Hyundai executives for delaying the recall process more than a year after they learned of engine defects.

Since April 2018, the I-Team has uncovered thousands of Kia and Hyundai fires and exposed fuel leaks resulting from improper repairs during engine recalls may be sparking some of these fires.

Kia and Hyundai issued recalls earlier this year after I-Team Investigator Jackie Callaway interviewed a whistleblower and former employee at Kia headquarters who claimed the company has known about the fire hazard since 2017.

You can see the press release from Kia in its entirety here.