Threatening fines of $143 each time they are cited 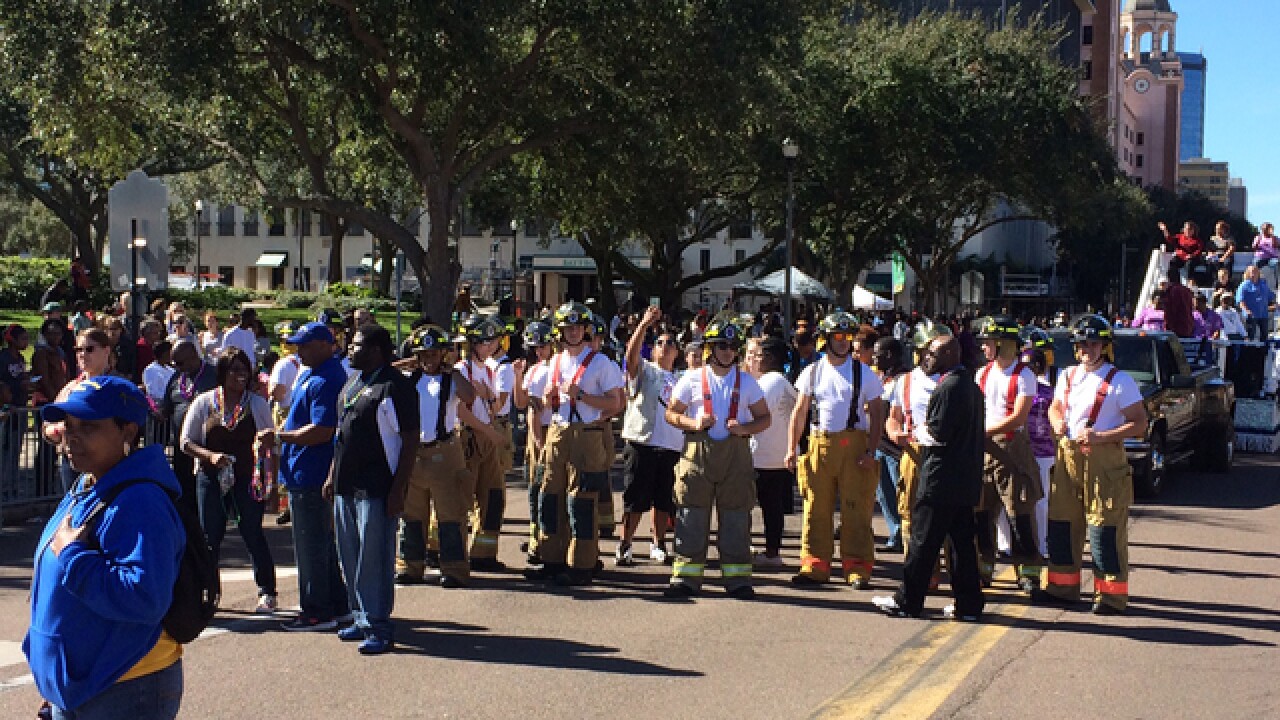 The city has pushed the MLK Day Parade out of the black community through the process of gentrification, according to the radio station's Facebook page.

This parade brought in 50% of the revenue for many of these black vendors for the year, according to the radio station's Facebook page. Vendors like Tamera Wilson-Nein, who owns her own catering business called Tamera's Kitchen, says being able to set up along the parade route helps create opportunities for black business owners just starting out.

"You have to start somewhere and when you're not allowed or given that opportunity to start anywhere else, where else can you go?" Wilson-Nein asked.

The city now requires vendors to have permits in order to set up their shops along the street and parade route.

"I'm disappointed in the hijacking by the city of the economic opportunities that MLK day provided for our people," said Themba Tshibanda, manager at 96.3 FM

Black Power 96.3 is also concerned that the end of the parade route has moved from around 22nd St. in St. Petersburg to Tropicana Field.

Tropicana Field which does not service the black community one bit is now the focus point of the parade, Black Power 96.3 says on their Facebook page for the event.

"That is a way forward for our community and with great unity of our respective businesses and organizations through this Free Da Mic Event", Black Power 96.3 says on their Facebook page for the event.

St. Petersburg Police are now more aggressively going after vendors who set up along the parade route without a license, saying it's a public safety and health concern.

They say they can't guarantee the food is safe if they haven't been vetted by a city licensing and permit department. There are also concerns about vendors using mobile fryers, etc, that haven't been inspected and cleared by the city, saying it could be a safety concern, according to police.

The St. Petersburg Police Chief sent out a letter to the community in December, saying that illegal vendors can be fined $143 each time a police officer stops them. So in past years, when some vendors chose to just pay the fine, now it could be harder to afford if they are cited multiple times, police said.

“They are usually kind of pushy and sell overpriced things anyway,” said Frasier.

The Chief said they will continue cracking down on illegal vending during public events.

St. Petersburg Police say the parade route has changed each year for many years, mainly because of construction and other events.

They say they are now working to make the parade more family friendly, and have added more fun things like a bounce house to the end of the parade route at Tropicana Field.

Police also say the city has provided many opportunities for vendors to apply for a temporary license for this parade.