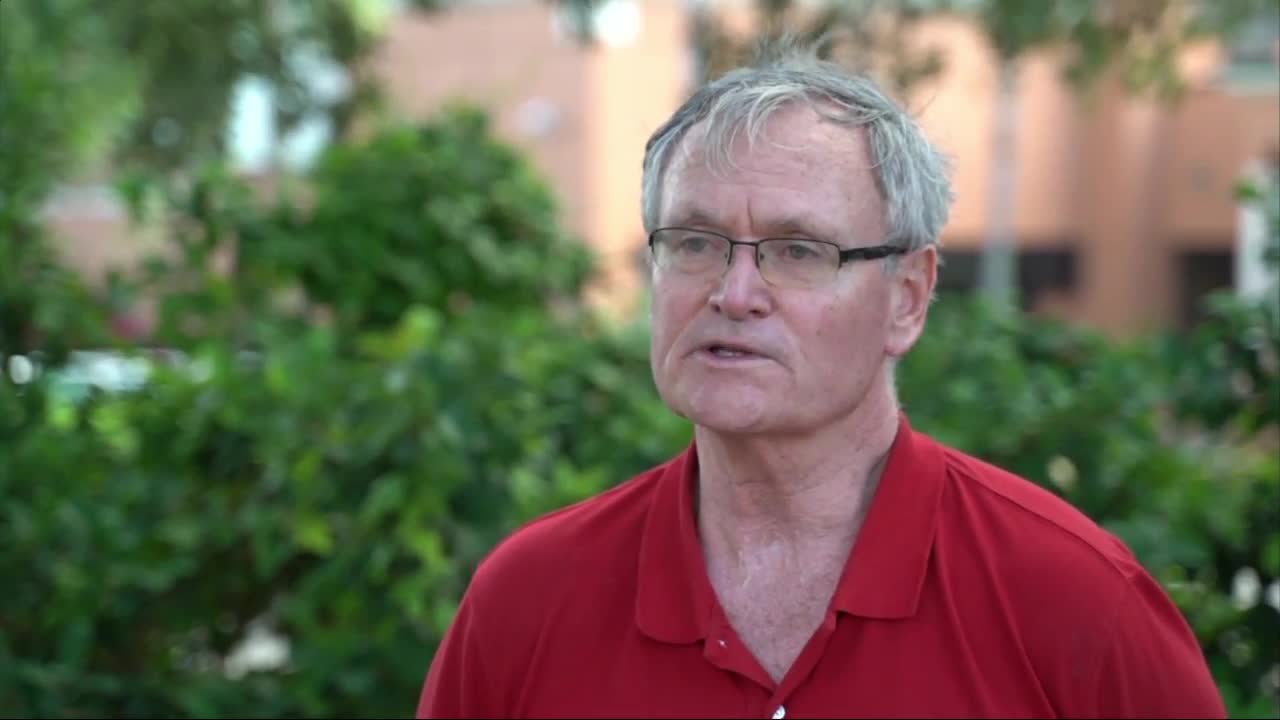 A retired engineer, placed in guardianship, is fighting to get his rights restored. More than $200,000 of Doug Keegan's savings has been spent to keep him in guardianship over the last five years as he wages his legal battle from an extended stay hotel in Orlando. 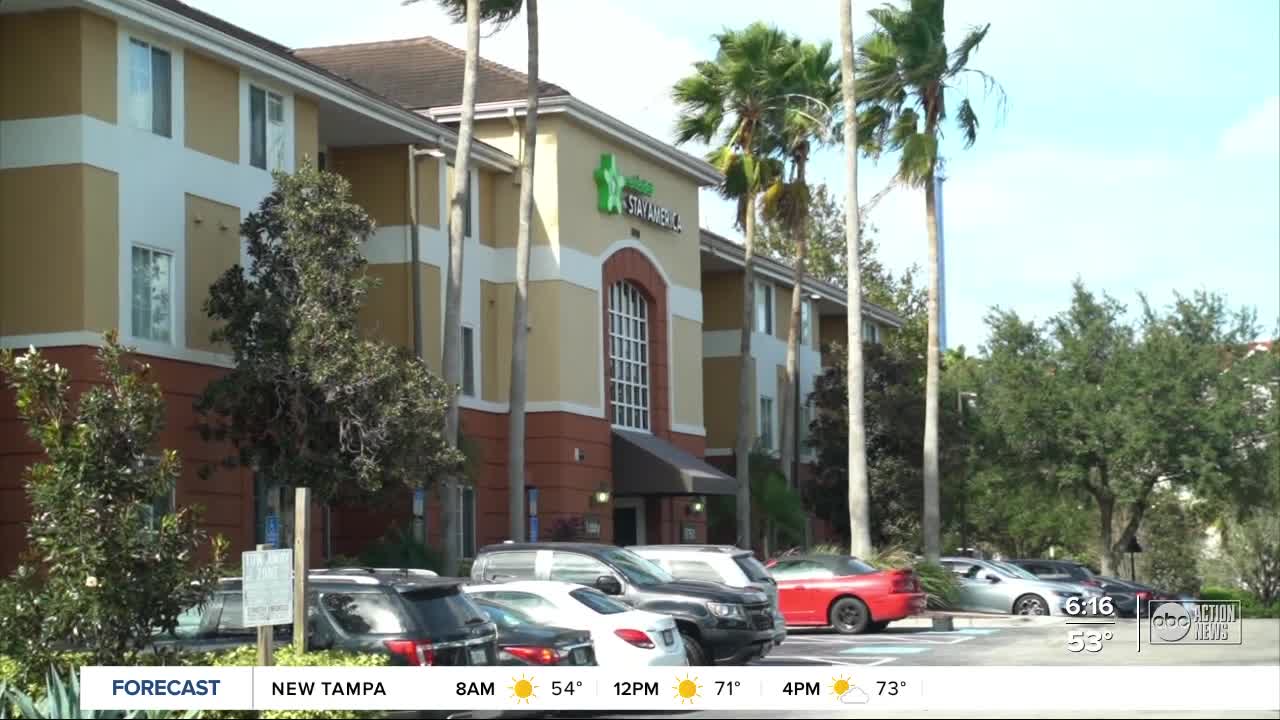 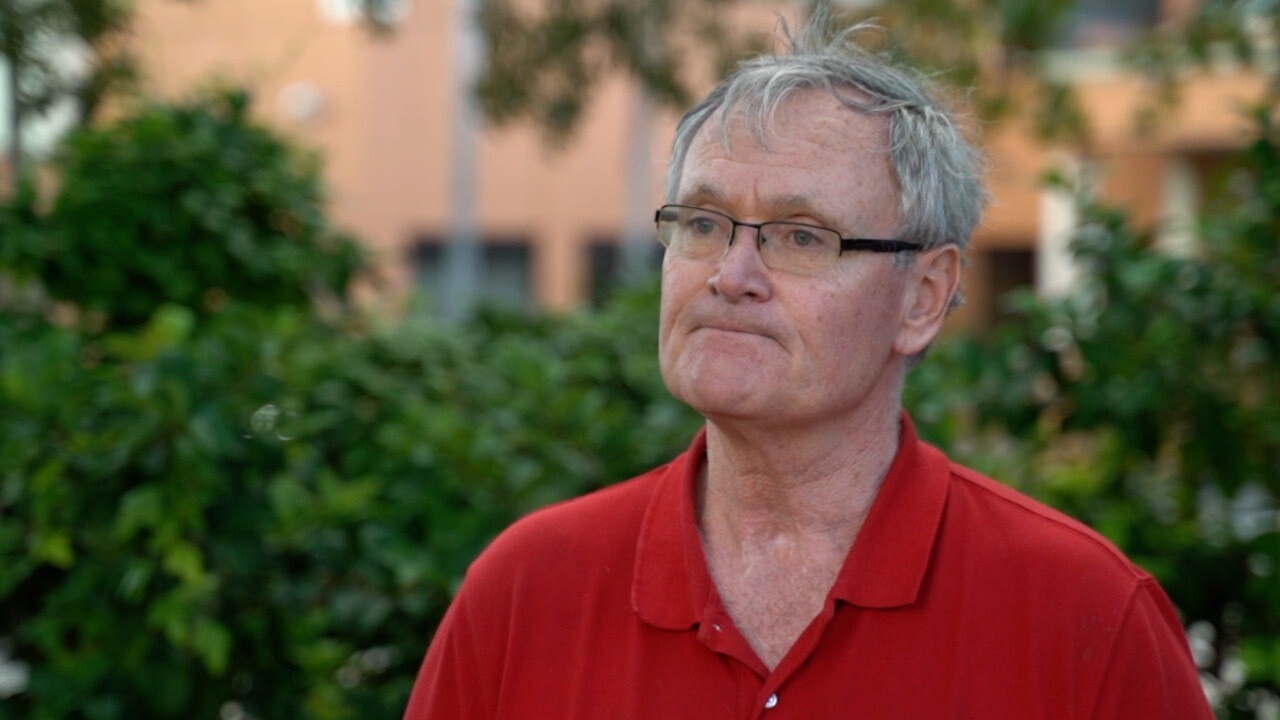 ORLANDO, Fla. — A retired engineer put into a professional guardianship years ago at the request of his family is pleading to get his rights restored.

But even after a board-certified licensed Florida psychiatrist says he’s capable of caring for himself, legal challenges have prevented the doctor’s opinion from even being considered.

For the past two years, he’s been living in an extended stay hotel. Before that, Keegan lived in locked-down dementia units at assisted living facilities.

He physically broke down the door at one of those facilities and was moved into the hotel as a last resort, according to his guardian’s attorney.

“This is the kitchen. It’s small, but it’s got a microwave and toaster oven,” Keegan said, giving the I-Team a tour of his small room.

Keegan has a copy of Florida’s guardianship statute attached to his refrigerator.

His ride to the courthouse is parked by the door.

“My transportation’s my bike. Occasionally I take the bus,” he said.

And binders stacked near his laptop computer contain copies of legal pleadings Keegan sent to judges.

“This is probably where I spend 80 percent of my time. So I work on my laptop,” Keegan said.

“He doesn’t understand anything you say”

Keegan’s not legally allowed to advocate for himself.

“Mr. Keegan can’t do that. He doesn’t have any rights,” said attorney H. Kyle Fletcher.

Fletcher represents Keegan’s guardian and is paid $350 an hour from Keegan’s funds.

“He’s incapacitated. Which means he actually doesn’t understand anything you say,” said Fletcher.

But in September, Judge Alan Apte questioned that, after Keegan filed a 12-page report pleading for the removal of his guardian.

“I set this hearing because I believed you had some capacity,” Judge Apte said in the hearing.

Keegan told the court he “absolutely” had capacity, but his guardian’s attorney disagreed.

“I’m just trying to tell the court he does not have mental ability to understand logic,” Fletcher said.

“He doesn’t grasp what the judge is saying, if you understand what I’m saying,” Fletcher explained in a Zoom interview.

“The guardian’s attorney wanted to appoint a court-appointed attorney, which I knew would be useless. I said no, no. I want my own attorney. And so (Judge) Apte said do you know anyone? I said yeah, I know this Leslie Law,” Keegan said.

“He found a Nigerian woman to marry off of Craigslist”

"He’s clearly got capacity. He’s been involved in this for six years. And he has tried multiple times, including from himself, to get out of this,” Ferderigos said.

Keegan’s guardianship started after he married a woman from Kenya who his family believed was financially exploiting him.

“He found a Nigerian woman to marry off of Craigslist… the in-person Nigerian scam,” said Fletcher.

Contrary to Fletcher’s assertion, Keegan says it was a legitimate marriage.

“I had known her for a year. I brought her to my Mom’s house for Christmas dinner the year before,” Keegan said.

We spoke to her from Kenya, where she was visiting family over the Christmas holiday. She said she first came to the United States in 2002 and became a citizen in 2009. She also characterized her marriage to Keegan as legitimate.

Keegan’s family also sought guardianship because he had a history of alcohol abuse, which led to him being hospitalized.

“I have a problem with alcohol, which is irrelevant to guardianship. You can be a gambler, you can be morbidly obese. You can have a million problems. That’s not a reason to say put him in guardianship, because he may hurt himself,” said Keegan.

One doctor who evaluated him in 2014 said his drinking “doesn’t rise to the level of guardianship”.

“He’s living in a motel with no supervision”

Keegan and his older brother told us he finished first in his class in high school and college.

He worked as an electrical engineer and contracted with power providers, regulators and other large companies on projects all over the world.

Keegan’s lucrative consulting work enabled him to buy a condo with cash and retire early.

Now, more than $200,000 he saved has gone to pay guardians and attorneys, but Keegan is only allowed to shop at certain places with a restricted debit card.

“I’m allowed Denny’s, McDonald’s, Subway, Golden Corral, Chick Fil-A. and then there’s a Dollar Tree I can go to,” he said.

“They have him in a plenary guardianship stating that he has no capacity to have any of his normal rights, but he’s living in a motel with no supervision,” said Ferderigos.

In explaining why Keegan is in a plenary guardianship, which is the most restrictive type of guardianship in which a person retains no rights, Fletcher said it’s because he was diagnosed with frontal lobe dementia by a psychiatrist in 2015.

But the doctor’s report doesn’t indicate he did any of that.

In his report, that doctor indicated he conducted the exam in Keegan’s home and did not talk to his family physician.

“That diagnosis was very suspect, based only on a very cursory examination,” said Dr. Sam Sugar, who is a retired internal medicine doctor.

“There’s no evidence now he suffers from any kind of dementia. So it’s imperative that the court understand people can recover, they can get better and they no longer need the guardianship,” said Sugar.

Judge Apte signed an order allowing Keegan to be evaluated by a psychiatrist from Boca Raton, FL.

Attorney Fletcher objected to not being properly notified and got a hearing with a different judge, who overturned the doctor’s appointment and appointed the doctor Fletcher recommended to evaluate Keegan.

“They’re contesting the doctor’s report because he didn’t get evaluated by the doctor they wanted him to be evaluated by,” said Ferderigos.

“That’s the modus operandi of this lawyer who goes around in other cases doing the same thing. Finding someone she wants, rather than what the parties agree upon or who’s on the appointed list,” said Fletcher.

“If the judge rejects it out of hand because he’s not on some list, I think that tells you everything you need to know,” said Dr. Sugar.

“Anyone in a high level of government should be horrified”

“Dr. Sugarman (SIC) seems to me to be a bizarre person who absolutely has no idea what goes on in the law,” said Fletcher.

At that hearing he picked a physician to evaluate Keegan from among six physicians offered by the two sides.

That was after Dr. Sugar sent the judge a letter asking the judge to “grant Mr. Keegan a full and comprehensive re-evaluation with an independent, third party fully qualified physician.”

“After all, what’s at stake but a man’s life? No big deal,” said Sugar.

“He’s probably about as competent as Mr. Keegan,” said Fletcher, when asked about Sugar’s letter to the judge.

“It’s horrible. Anyone in a high level of government should be horrified with what they’re seeing here in the courts,” said Keegan.

Keegan is expected to be evaluated by the new doctor next month.