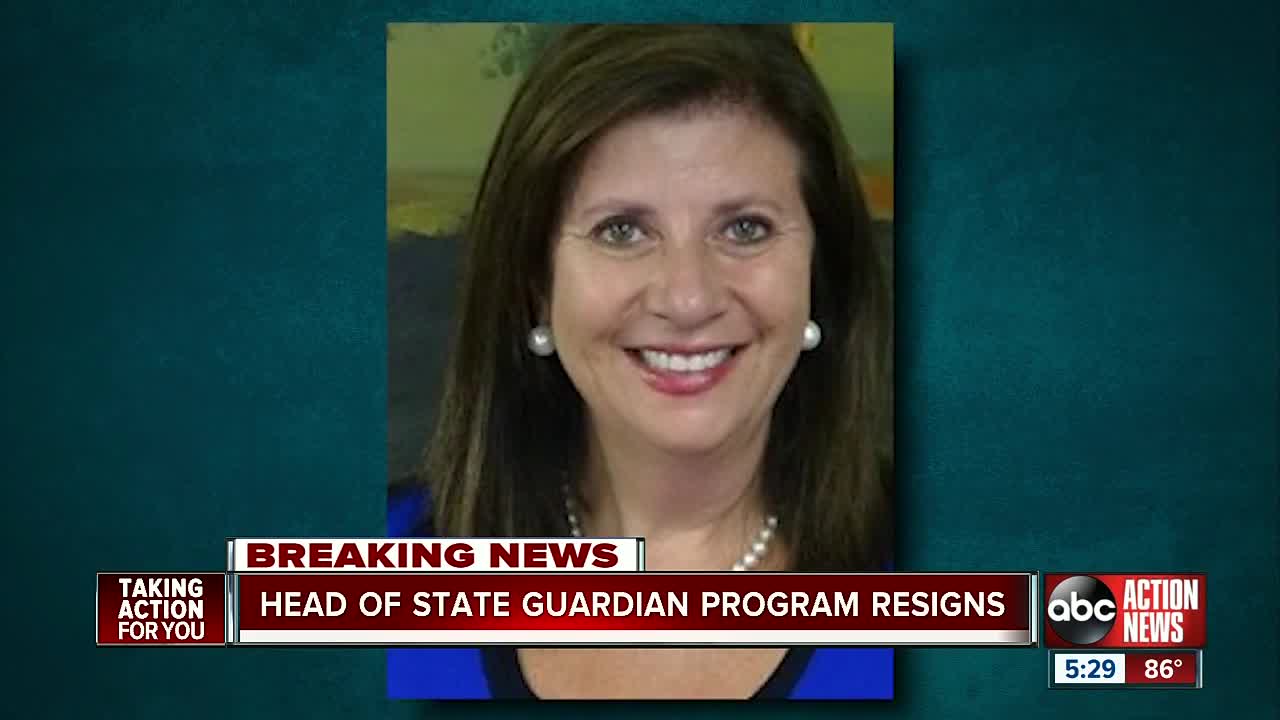 The head of a state watchdog set up to police Florida’s troubled guardianship system has resigned, the I-Team has learned. 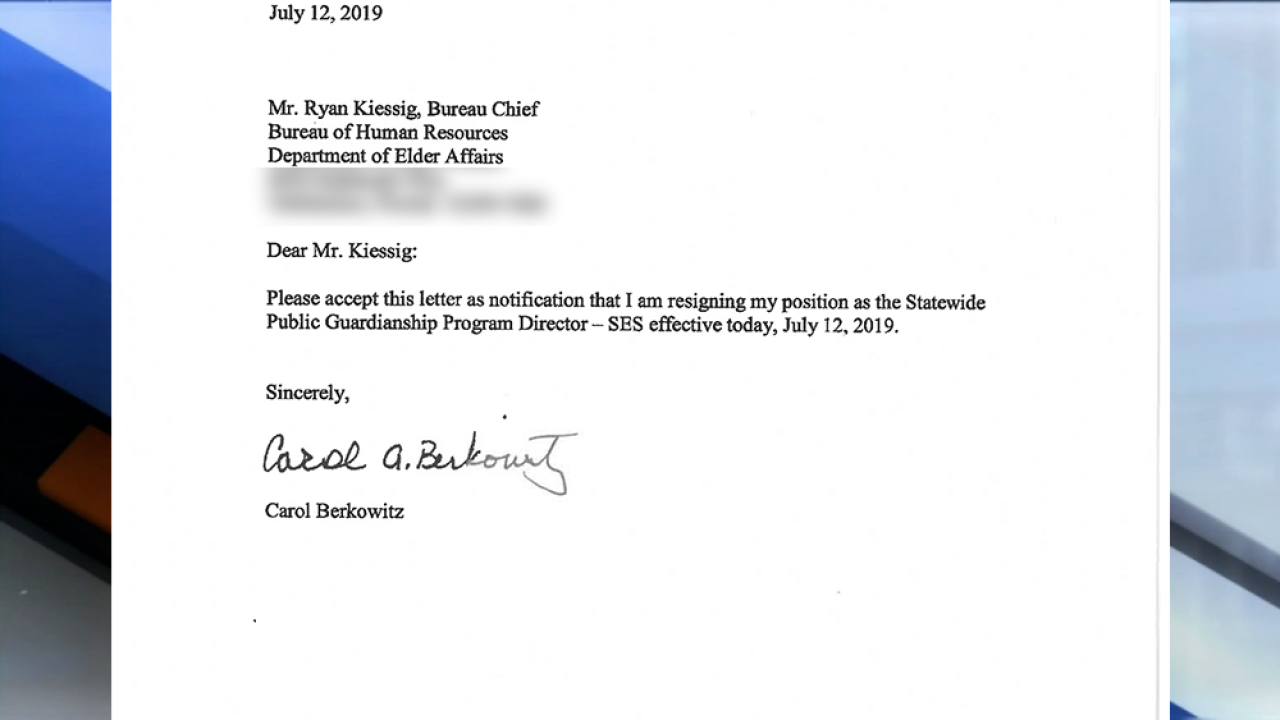 ORLANDO, Fla. -- The head of a state watchdog set up to police Florida’s troubled guardianship system has resigned, the I-Team has learned.

Carol Berkowitz, director of the Office of Public and Professional Guardians, resigned as of July 12, according to her resignation letter obtained by ABC Action News.

The letter – dated the same day as her resignation – does not give a reason for her abrupt departure.

Fierle is a professional guardian in the Florida’s guardianship system, which is supposed to provide court-ordered care for those who can’t care for themselves.

In the wake of that troubling case, a judge ordered Fierle removed as guardian from nearly 100 cases in Orange and Osceola counties and Fierle resigned from more than 40 other guardianship cases in Seminole, Hillsborough and Pinellas counties.

Earlier this year, I-Team Investigator Adam Walser found Berkowitz’s office has never revoked a guardians registration despite multiple violations by professional guardians. In February, the I-Team reported the state watchdog set up by legislators in 2016 has handed out only 19 warning letters. Those letter cited guardians for taking property, depositing checks made out to people in their care into personal accounts and failing to disclose past criminal histories, among other violations.

Two of those warning letters were sent to Fierle.

In the wake of the I-Team’s reports on new problems within the state’s troubled guardianship system, Gov. Ron DeSantis called for professional guardians to be held and accountable and action against those who exploit seniors.

“Our seniors, unfortunately, are targets of fraud in a variety of contexts,” said DeSantis. “What troubled me about some of the issues you guys raised was obviously bad things are happening, but there doesn't seem to be anybody held accountable."

The I-Team reached out to DeSantis’ office to ask for comment on Berkowitz’s resignation but has yet to receive a response.

Efforts to reach Berkowitz were unsuccessful.