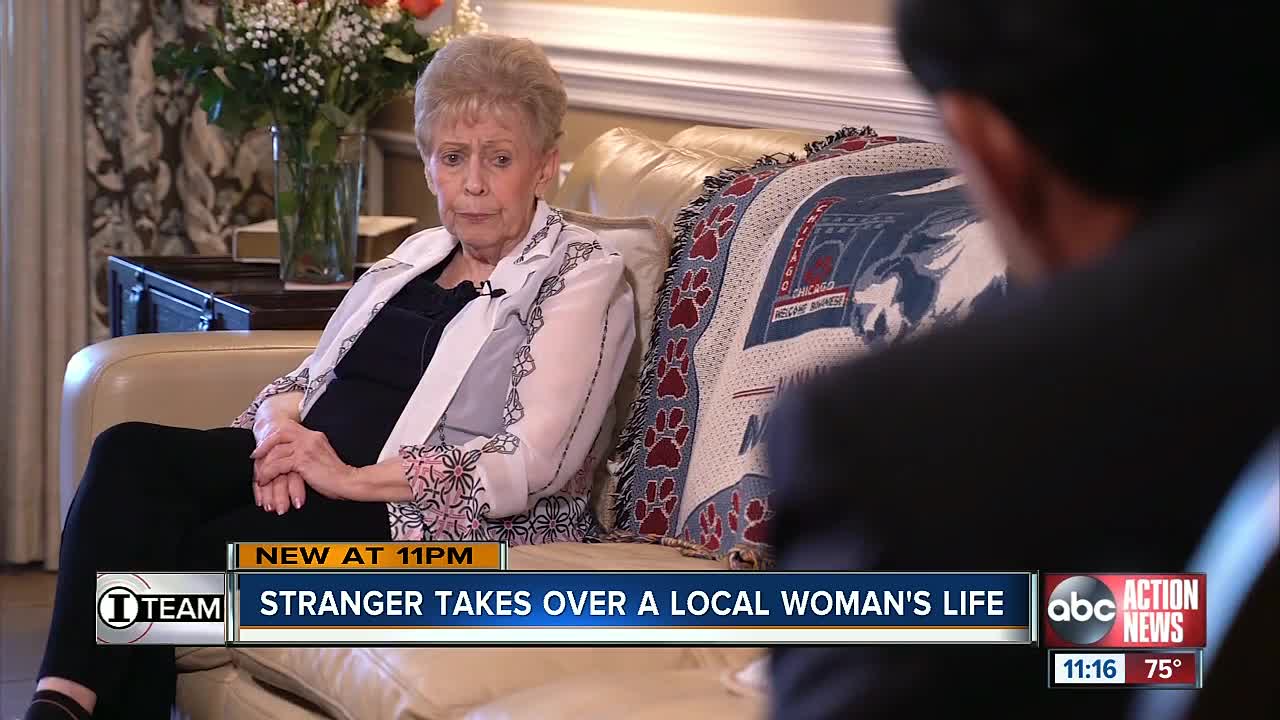 A Tennessee woman sold her home and moved in with one daughter but her other daughter questioned the estate planning and filed a lawsuit. 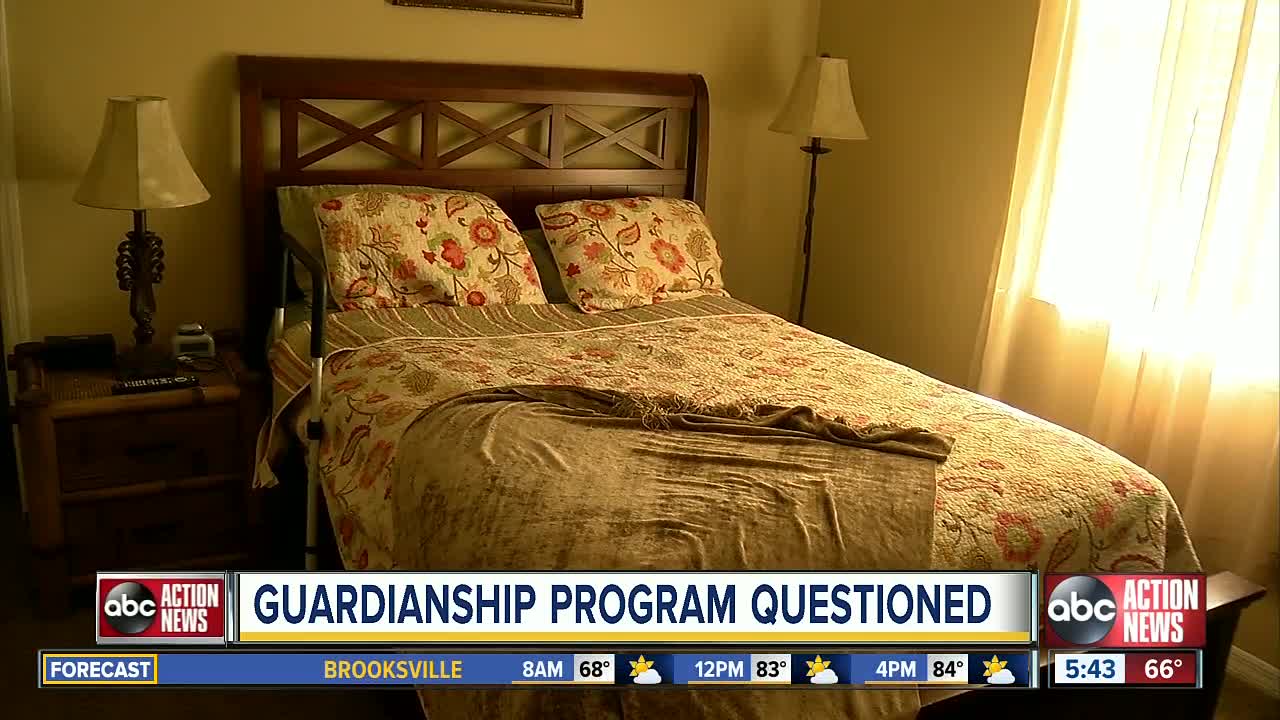 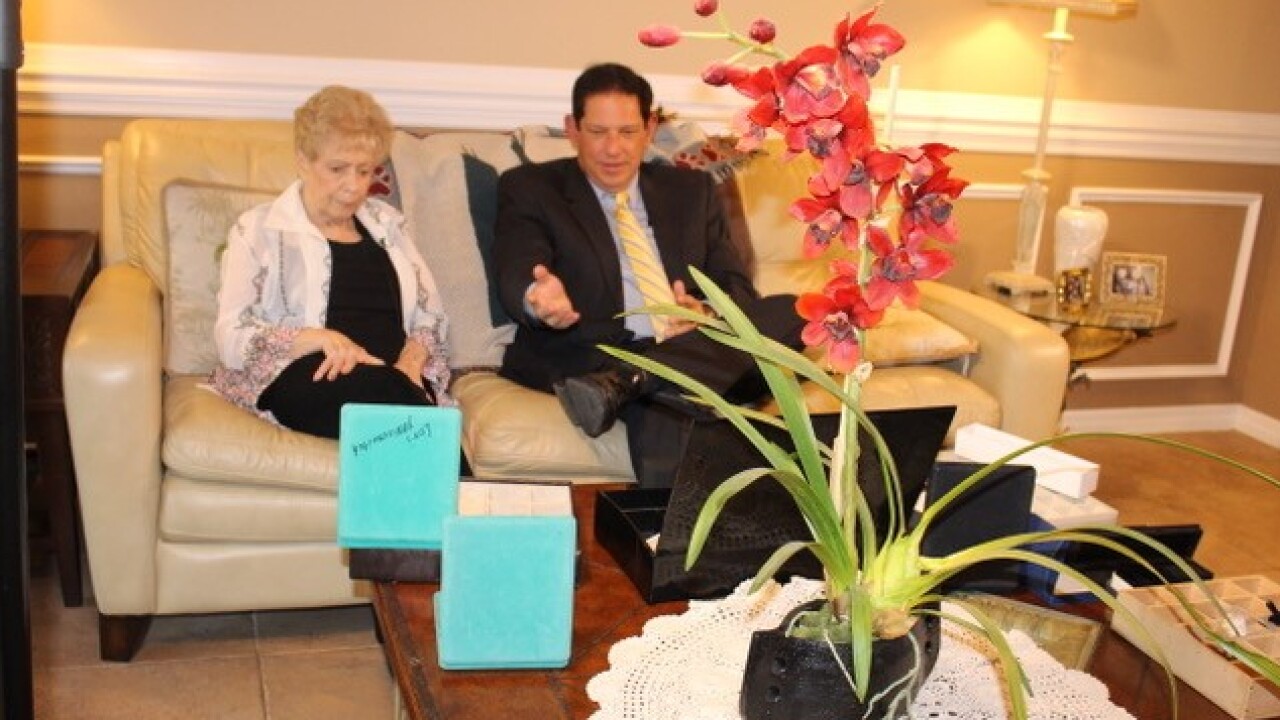 BRADENTON, Fla. — Even the best retirement plans may not be enough to keep a stranger from taking over your life under the state’s troubled guardianship system, the I-Team found.

Alice Yaniscavitch said she thought she was making all the right moves in retirement when she went to a lawyer to set up a family trust – a decision she says ended up costing her control over her own life.

The 85-year-old moved in with her daughter Terri McGuire and her son-in-law Mickey in Manatee County after last year selling her home in Cleveland, Tennessee.

At the time, Yaniscavitch was waiting to see if a judge would permanently place her in court-ordered guardianship, which she said she didn’t want.

“It’s my life – not theirs,” said Yaniscavitch.

Yaniscavitch said the thing she feared most was “going to a nursing home.”

“They’re not going to put me in one,” she said.

McGuire and the advocacy groups that she reached out to were concerned when the case first started in late November.

They contacted the Florida Office of Public and Professional Guardians, a watchdog agency set up three years ago to police the state’s broken guardianship system.

So far, the agency hasn’t taken any action in Yaniscavitch’s case.

How did the guardianship start?

Yaniscavitch gave both her daughters – Terri McGuire and Lori Yaniscavitch – powers of attorney over her health care decisions as part of her retirement planning, according to court records.

In November 2017, Yaniscavitch set up an irrevocable family trust, with 90 percent of her money benefitting McGuire, who was taking care of her and the rest going to Lori, according to the trust document obtained by the I-Team.

“She knew why she was there. She had a purpose for being there,” said Miller.

Miller said Yaniscavitch wanted to move her assets into a trust to make sure she would be eligible for a future government benefit.

Miller said she also wanted her daughters to avoid going to probate court to settle her estate after her death.

But when Lori Yaniscavitch found out about the trust, she went to court in November, seeking guardianship for her mother.

Lori Yaniscavitch wouldn’t speak to the I-Team at a recent court hearing, but in court documents she alleges her sister was financially exploiting their mother and endangering her health.

Daughter moves to break up trust

Lori’s attorneys asked a judge to remove her mother from Terri’s home and put her in memory care and argued her mother didn’t know what she was doing when she signed the trust document in 2017, court transcripts and documents from the case show.

But Stetson Law Professor Roberta Flowers, director of the Stetson Elder Law Center, said that may be difficult to prove.

“The issue revolves around, under the law, was the person capable at the moment they signed the document,” said Flowers.

“You have to have people who are there when they signed the document who are able to articulate what was going on with that person, how was that person acting so that a judge at some future date can say ‘Oh yeah. Ok. It sounds like that person understood,’” said Flowers.

Miller said he put those safeguards in place when Alice Yaniscavitch signed her trust documents.

Their funds were frozen before Christmas, according to the court order, but the McGuires hope the Florida Court of Appeals will overturn the judge’s order.

“The allegation is that they have improper funds in that account. Unfortunately, there’s no evidence to support that,” said attorney Marc Soss, who represents the McGuires. “It’s someone trying to second guess the estate planning that Alice put into place because they don’t like it.”

Within a few days of being appointed guardian, Ridings took all of Yaniscavitch’s jewelry for safekeeping.

Terri McGuire showed ABC Action News photos she took of hundreds of pieces of her mother’s jewelry before they were taken.

“Gold watches… I’ve got bracelets, a lot of earrings, diamond earrings,” said Yaniscavitch about the jewelry she had taken from her.

Wedding ring taken off her finger

Yaniscavitch said Ridings even took the wedding ring off her finger, which she has worn for 58 years – even after her husband died.

“Horrible, horrible,” said Yaniscavitch when asked about losing the ring she wore for 58 years –even after her husband died.

“It’s called marshaling the assets,” said Jeff Swartz, a former judge and law professor. “I can understand that the guardian wants to marshal and inventory assets – that’s fine – but taking her wedding band off her finger and not letting her have it back or taking her jewelry and just sticking it away – when maybe she does still wear it because at certain lucid moments she wants her things around her – that’s just not necessary.”

Less than two weeks after the I-Team interviewed Yaniscavitch, her daughter Lori picked her up, saying she was taking her to a hair appointment.

Instead, she moved her into assisted living – even though court transcripts show the judge said earlier that Yaniscavitch should remain in her daughter Terri’s home.

Days later Terri shot a video of her mother at the memory care center, which she shared with the I-Team. In the video, Yaniscavitch complained of arm pain and said she had fallen.

Terri McGuire had her friend, who at the memory care center with her, call 911 for an ambulance to take her mother to a hospital, where doctors diagnosed Yaniscavitch with a fractured vertebra.

Ridings did not respond to the I-Team’s interview requests.

It’s unclear whether Yaniscavitch’s wishes will ultimately be carried out. She has not been in the courtroom to talk to the judge during five hearings so far.

Before she was removed from her home, I-Team Investigator Adam Walser asked Yaniscavitch what would happen if a judge told her she had go to a nursing home.

“I'm not, I'm not,” said Yaniscavitch. “I’d say you’re going to have to put me in jail. There’s no way they’re putting me in a nursing home. I’ve been through it. I’ve seen it. I don't want to be there.”

The judge still hasn’t ruled yet on whether Yaniscavitch will be placed in permanent guardianship.

After Yaniscavitch was released from the hospital, she was taken to a rehabilitation center, where she is currently recovering from her injury.

If you have a story you think the I-Team should investigate, contact adam@abcactionnews.com.