Neighbors say owner refused to sell to her 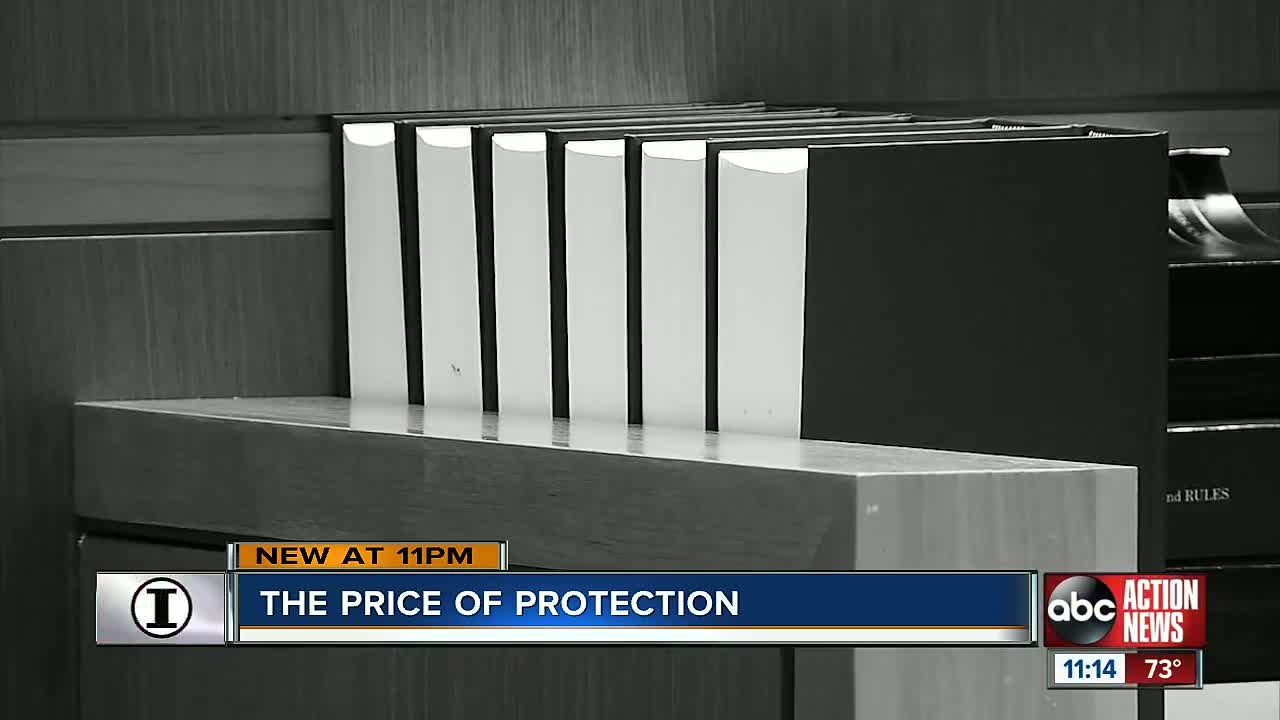 A local realtor took Genyte Dirse to court, seeking guardianship and claiming she was being exploited. Now, she has lost all her rights. 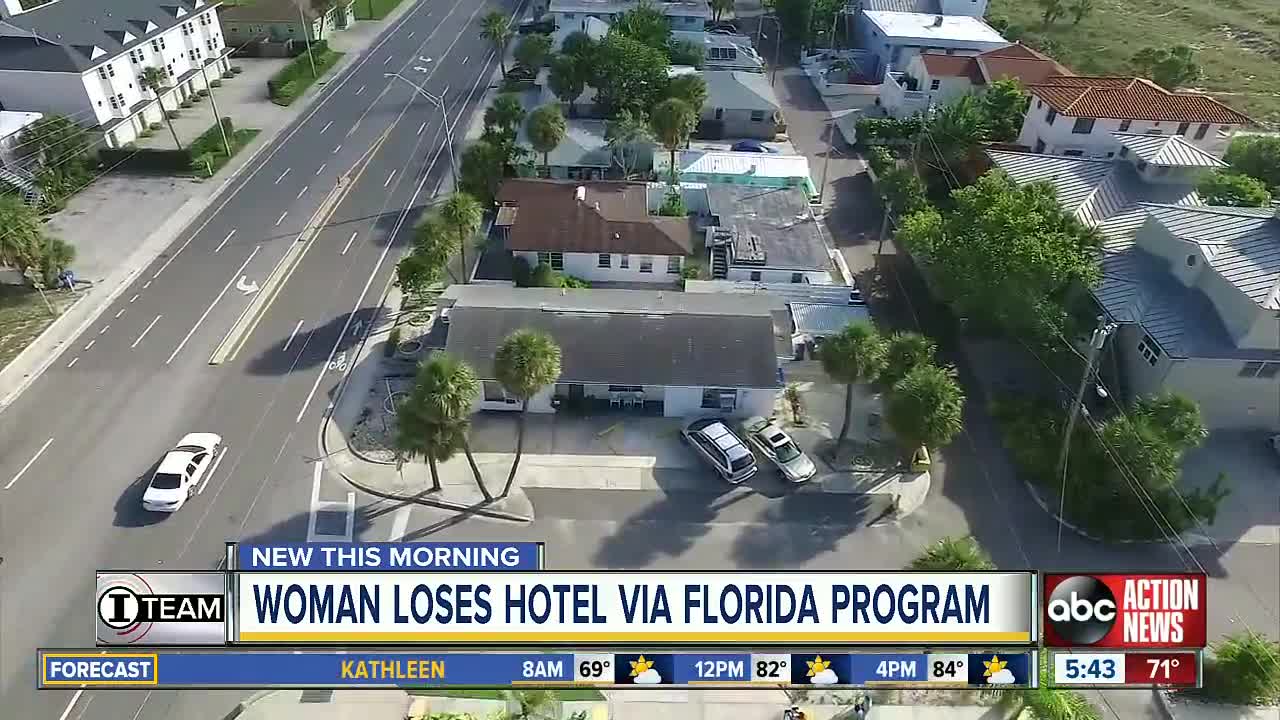 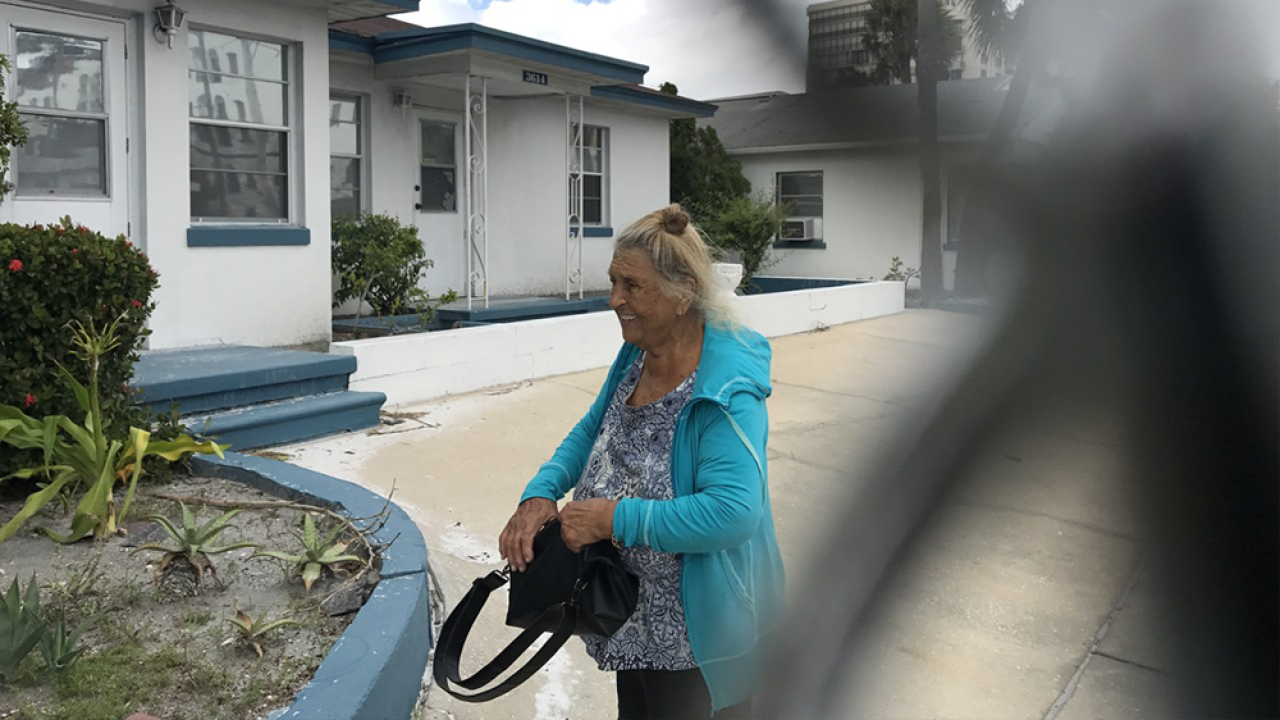 But five years later, as I-Team Investigator Adam Walser discovered, the law still allows someone who barely knows you to use that system to ask a judge to take away your rights.

THE I-TEAM INVESTIGATES | The Price of Protection

Guardianship is supposed to care for those who can’t take care of themselves, including seniors without family.

But before 84-year-old Genyte Dirse was taken into court-ordered guardianship last spring, she was living independently at the small hotel she has owned and operated in St. Pete Beach for more than 30 years.

“She was running her business,” said Gedi Pakalnis of his great aunt, who was taken from the hotel where they lived last July. “She was doing a lot of work.”

Pakalnis said he moved in with his great aunt 15 years ago after immigrating from Lithuania, living in a hotel unit on Dirse’s property during high school, college and graduate school.

He said he took her to the grocery store, church and doctors’ appointments and helped her run her hotel.

“She’s like my mother. I spent lots of time with her,” said Pakalnis.

But Pakalnis is no longer allowed to see his great aunt – his only relative in the United States.

Her life is now controlled by a court-appointed guardian, who moved her to an assisted living facility and banned Pakalnis from visiting her.

How did she get there?

“It started with a real estate agent,” said Pakalnis.

That real estate agent hired a lawyer and went to court to ask a judge to put a court-appointed guardian in charge of Dirse’s life after the elderly woman sold one building on her hotel property to her great nephew.

Pakalnis was visiting family in Lithuania in September of 2017 when real estate agent Diana Sames showed up at Dirse’s hotel a few days before Hurricane Irma.

Sames took Dirse to ride out the storm at a nearby beachfront home owned by one of her clients, posting a photo of her and Dirse together on her real estate blog and uploading a video of the two of them together to YouTube.

“(Dirse) would say, ‘I no sell. I no sell,’” said tenant Tim Everett, who has lived at Dirse’s hotel with his wife Tonya for more than three years and considers his landlord a close friend.

Everett told the I-Team he never saw Sames at the hotel until just before the hurricane.

He said Dirse never wanted to sell her hotel, and Everett’s wife told the court in a sworn deposition that she repeatedly heard Dirse tell Sames she didn’t want to sell when she returned after the hurricane.

But Sames disputes that, emailing “Mrs. Dirse had discussed selling often over the years, as I would drop off calendars.”

Three months later, Dirse did sell part of her property – not to Sames, but to her great nephew. Pakalnis bought one of Dirse’s three hotel buildings for $50,000. The deal was closed at a title company in front of a notary and witnesses.

About a month later – after Sames learned about the sale, according to her court testimony – she petitioned a judge to put Dirse under the control of a court-appointed guardian, alleging her great nephew exploited her during the sale – something Pakalnis denies.

Court records obtained by the I-Team show Sames testifying under oath and unable to provide evidence to support her allegations that Dirse’s great nephew did something inappropriate in the sale of the hotel property.

“She’s very trusting,” Sames told Dirse’s court-appointed lawyer when asked about her allegations. “She trusts people, and that’s – in this instance, I thought it was important that – it worried me that the transaction – the way the transaction happened was not – was not taking her interest at heart for her future.”

Realtor not the ‘neighbor’ she claimed to be

The I-Team uncovered Sames didn’t know Dirse well enough to spell Dirse’s first name correctly in her court petition to place her in guardianship and wrote, “Her language is unknown, and she speaks English with a heavy accent.”

Sames also told the court she was a “neighbor,” but the I-Team found she lives more than half a mile away from Dirse’s hotel.

Sames refused multiple sit-down interview requests before speaking with I-Team Investigator Adam Walser outside her real estate office about why she sought guardianship for Dirse.

“I was so happy to involve myself with the corruption that I saw,” said Sames. “(Pakalnis) was dishonest. He didn’t contact any of the family members, and he did it by himself and it was against her will, but she loves him.”

Dirse’s only other close family members are two elderly sisters who live in Brazil.

In Florida, the Department of Children and Families and law enforcement have specialized units to investigate allegations of elder abuse and exploitation.

Sames admitted she never contacted the Pinellas County Sheriff’s Office or the Florida Department of Children and Families to report her concerns that Dirse was being exploited.

Instead, she hired an elder law firm, who filed the petition on her behalf and helped her find a professional guardian willing to serve.

Jeff Swartz, a former judge and law professor who reviewed the case, questioned Sames’ standing to bring the court petition and her motivation.

“There’s no way that this woman will tell you she’s not going to take a commission on an ultimate sale of this property,” said Swartz.

The I-Team asked Sames about that directly.

“I would have no problem if it’s a listed property,” said Sames. “That’s my job. I work here on the beach. I’m a realtor. That’s what I do.”

But Sames insists it’s not about the real estate.

“I love Ms. Dirse,” said Sames. “I’ve come to know her and trust her and she trusts me.”

Four months after Dirse sold the building to her great nephew, a panel of professionals examined Dirse and recommended that a judge declare her incapacitated.

Dirse’s court-appointed attorney argued she was able to bathe and cook for herself, take medication and maintain her home. She was not delinquent in paying any bills.

The attorney pointed out the panel interviewed Dirse in English – even though her primary languages are Lithuanian and Portuguese.

One doctor testified, “There was some English impairment. She did have a strong accent. I understand she speaks Portuguese, Lithuanian and English. I was able to rephrase questions and establish understanding.”

That doctor later reported, “She did not request an interpreter.”

But Judge Pamela Campbell, who served as a professional guardian herself in the past, seemed to agree with Sames, saying in a court hearing that her decision to sell her property for less than fair market value “does raise concerns about Mrs. Dirse’s right mind when she was signing the paperwork.”

But Swartz said Dirse had every right to sell her property to her great nephew – even if the price was for less than the appraised value.

“She can give it to whoever she wants,” said Swartz.

On April 18, 2018, Campbell declared Dirse to be incapacitated and appointed a professional guardian – a stranger to Dirse – to oversee all her affairs.

Past problems with guardianship

The I-Team first reported about the state’s troubled guardianship system back in 2013 with the story of then 99-year-old Willi Berchau.

Berchau was declared “incapacitated” and wrongly sent to an Alzheimer’s unit by a court-appointed guardian.

“You see nobody, you have no contact with anybody,” Willi said of his condition at that time.

He was freed from the Alzheimer’s unit shortly after the I-Team’s first report and later released from guardianship.

Lawmakers passed reforms, establishing the Florida Office of Public and Professional Guardians, which oversees guardian registration and serves as a state watchdog office.

“Willi’s story is what prompted it,” State Sen. Jeff Brandes told the I-Team at a party celebrating Willi’s freedom.

“I would tell her I hope I will see her soon and hopefully, it’s going to stop,” said Pakalnis.

But Dirse’s court-appointed guardian, Traci Samuel has filed an eviction against Pakalnis and is using Dirse’s money to sue him in an effort to void the sale.

“She’s trying to get her hotel back,” Samuel testified at a recent court hearing. “She didn’t sell it to him.”

So far, Dirse has been billed nearly $75,000 by Samuel’s guardianship attorney and her court-appointed attorney.

In Florida, guardian and attorney fees are paid with the assets of the person in guardianship.

Samuel also moved Dirse from her hotel to an assisted living facility and banned her great nephew from seeing her.

“She doesn’t want him to visit. I’m respecting the privacy of her,” Samuel said in court.

As the guardian, Samuel has complete control over Dirse’s visitors. Samuel would not approve the I-Team’s request to visit Dirse.