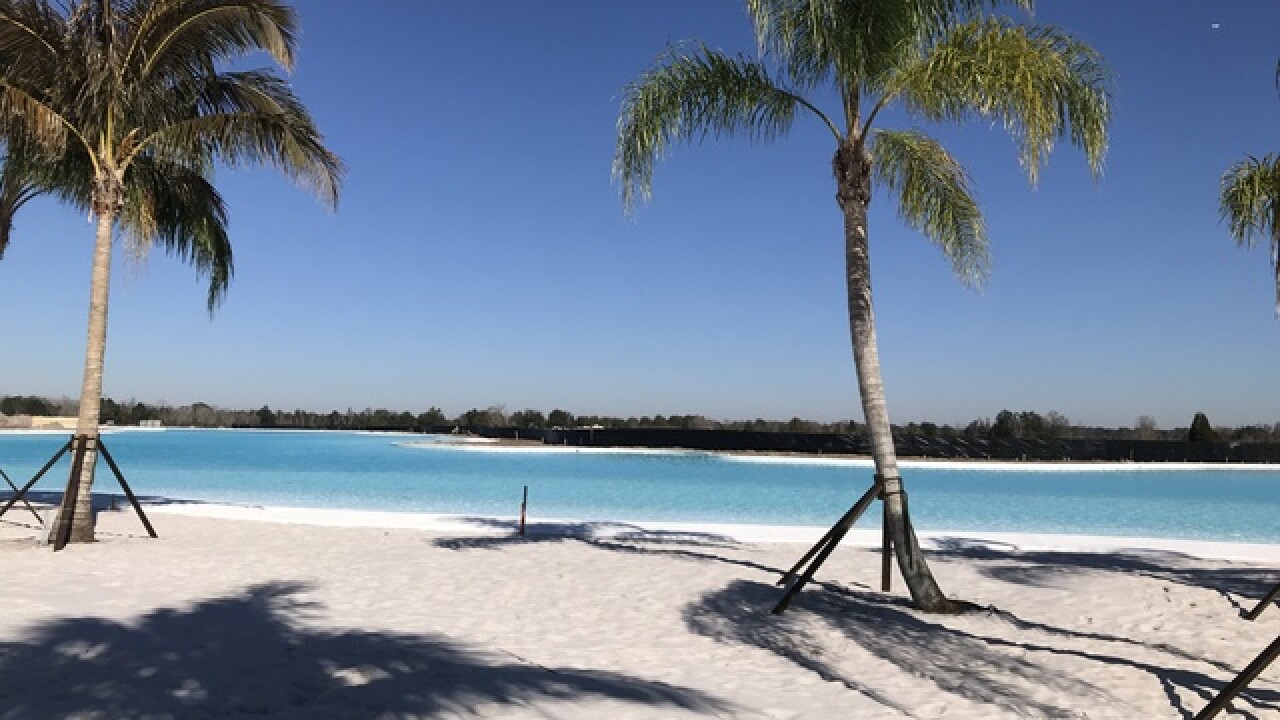 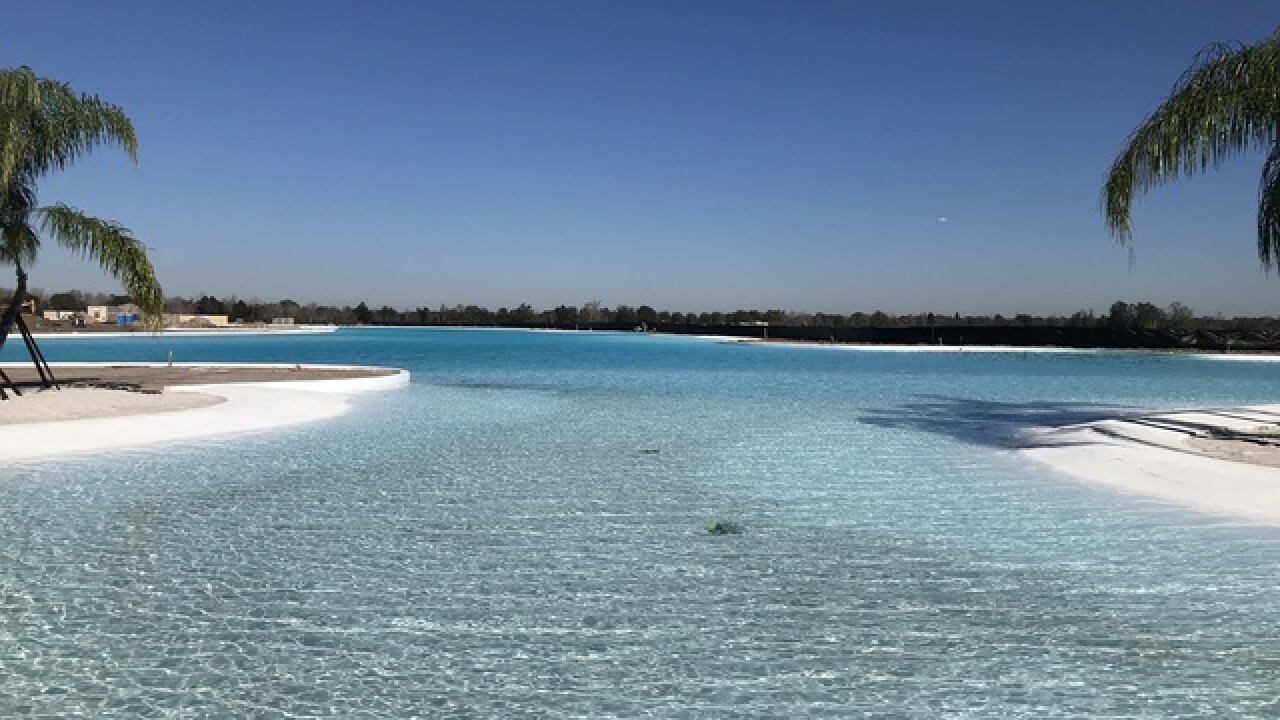 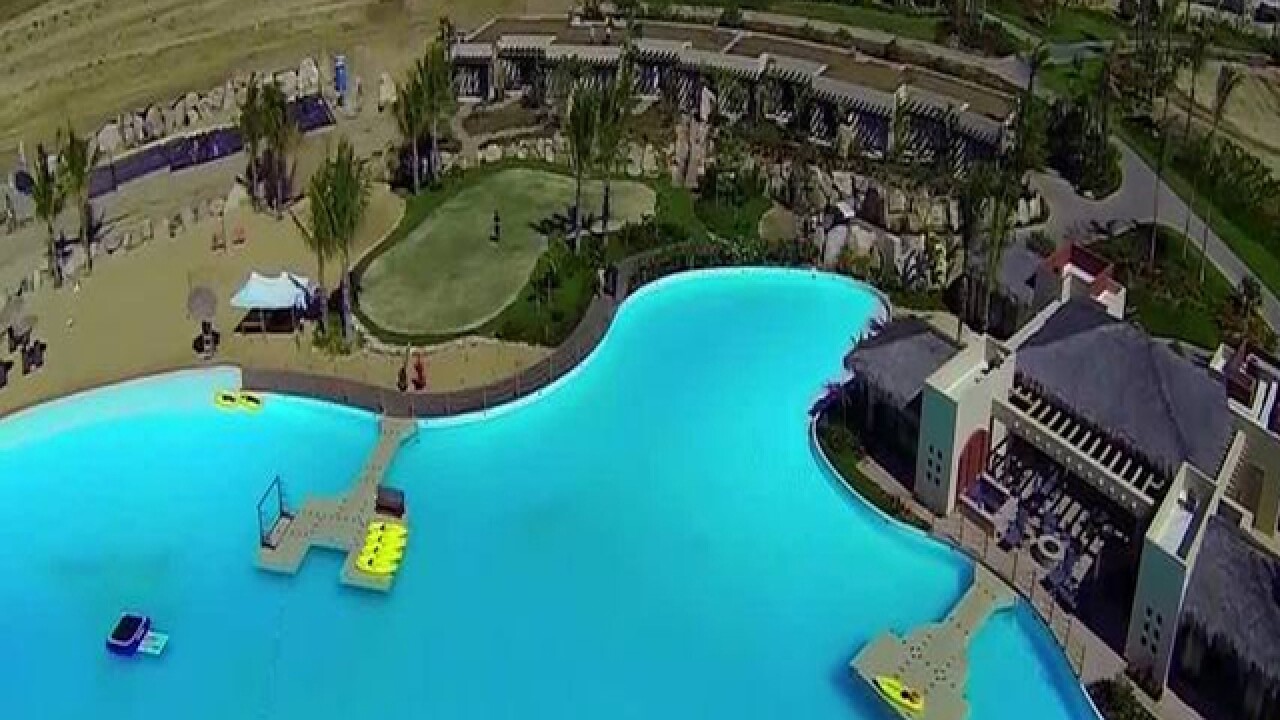 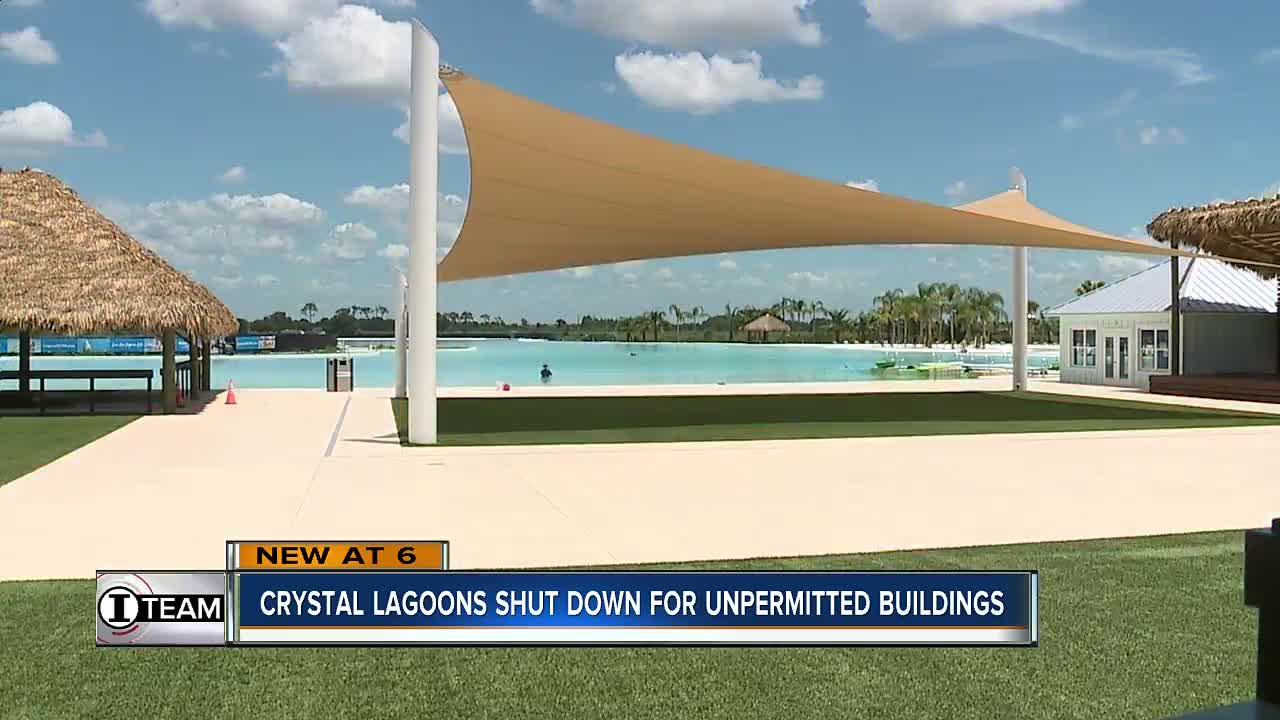 WESLEY CHAPEL, Fla. — The first of it's kind Crystal Lagoon in Wesley Chapel has been shut down by Pasco County after fire inspectors discovered nearly 20 buildings on the site were built without county building permits.

The issue was discovered nearly two weeks ago when the Fire Marshal was doing a routine inspection of the property. He reportedly discovered permits for the buildings had not been sought nor granted.

To say there's excitement around the development is an understatement.

The seven-acre water attraction is the first of its kind in the United States.

"We’re like it’s gonna be open tomorrow, but then it wasn’t," said Bolanos.

Today there was nobody inside the gate surrounding Crystal Lagoon.

"We have a stop work order issued so there will be no proceeding on the construction until they obtain a permit," said Pasco County Building Official Anthony Mastracchio.

The order involved 19 buildings, including bathroom facilities, tiki huts, cabanas and a storefront.

The county building department says the structures were not included in the original site plans that were submitted more than a year ago.

"When you do something for the first time ever like this lagoon, there’s gonna be bumps in the road," said Metro Development Group President Greg Singleton, whose company is developing the project.

He says the project is incredibly complex.

"We just consider this a bump in the road and we’re solving it," he said.

Singleton says he had to delay his own daughter's birthday party at the site as a result of the delays related to the issuance of the permits.

The building department and the developer are now working together to get their paperwork in order as soon as possible.

Once the county gets the proper documentation for each of the buildings, it is expected to take about 10 business days for the permits to be approved.

"I think it builds up the eagerness even more," said Bolanos.

Once the permits are approved, the lagoon will open to residents.

The public can also enjoy the facility for $25 per person per day.